SEATTLE - Several cities received their first snowfall of the season this afternoon/evening! Snow reports were popping up in, Bellingham, Whidbey Island, Anacortes, Port Townsend, Sequim, port Angeles, and the San Juan Islands. Here is a photo of the snow in Sequim taken by Javier and Crystal Chavez: 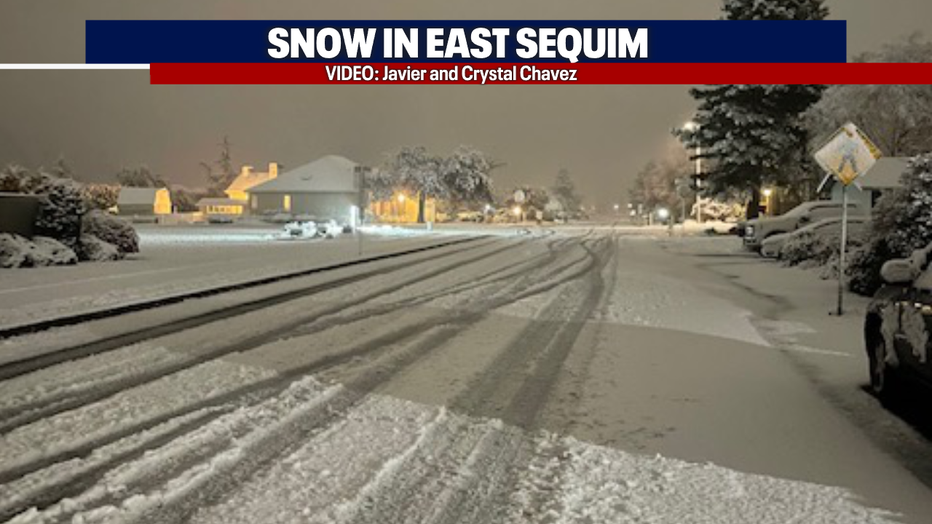 On top of the snow accumulation, there were a few lightning strikes along with hail and graupel across the central sound this afternoon! It was an active day with an upper-level low pressure system offshore and the wind speeds kicking up for others. Here is a look at some top wind speeds: 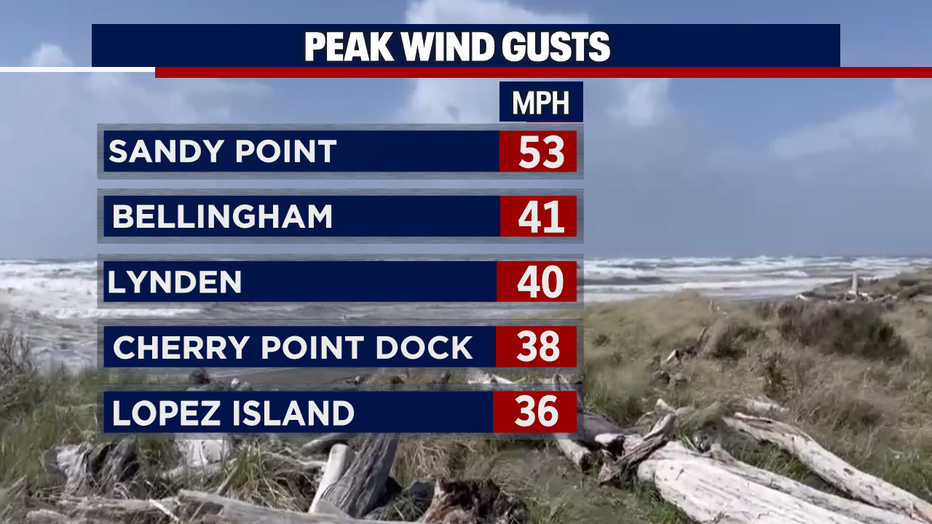 There are a couple of *Wind Advisories* in effect throughout the night. They will remain in effect until tomorrow with the potential of gusts continue to click up to 50 mph. This will make for a very cold start tomorrow morning! Expect it to feel like the teens at times tonight for those across Whatcom County. Here is a look at the advisories: 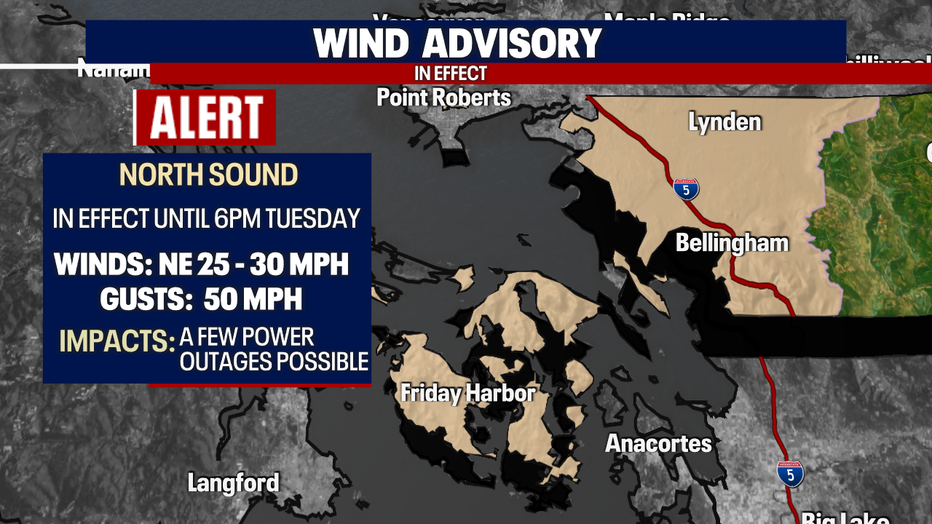 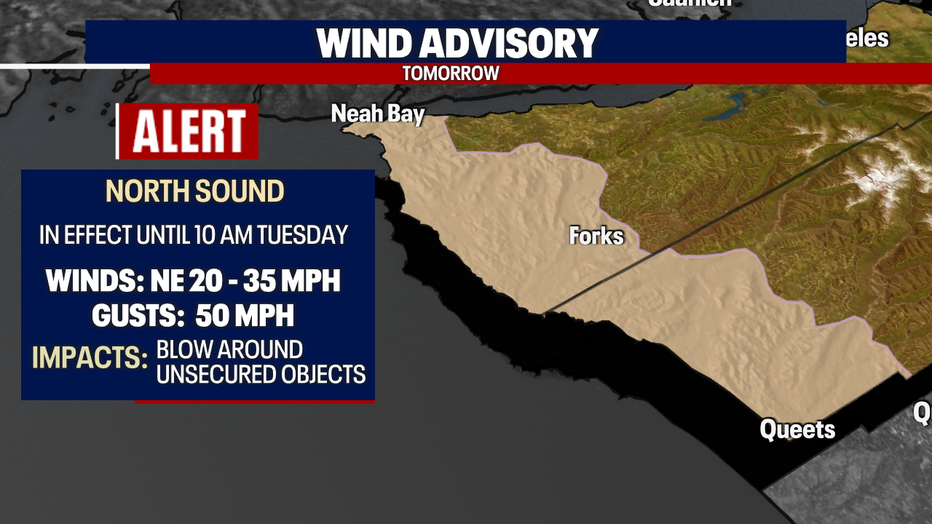 As the weather remains active, we have a total lunar eclipse peaking tomorrow morning! The good news is we're expecting partly cloudy skies so some of us will be able to see the blood moon! The bad news is that it'll feel like it's FREEZING! Bundle up if you're planning on checking it out.Here is a look at your forecast: 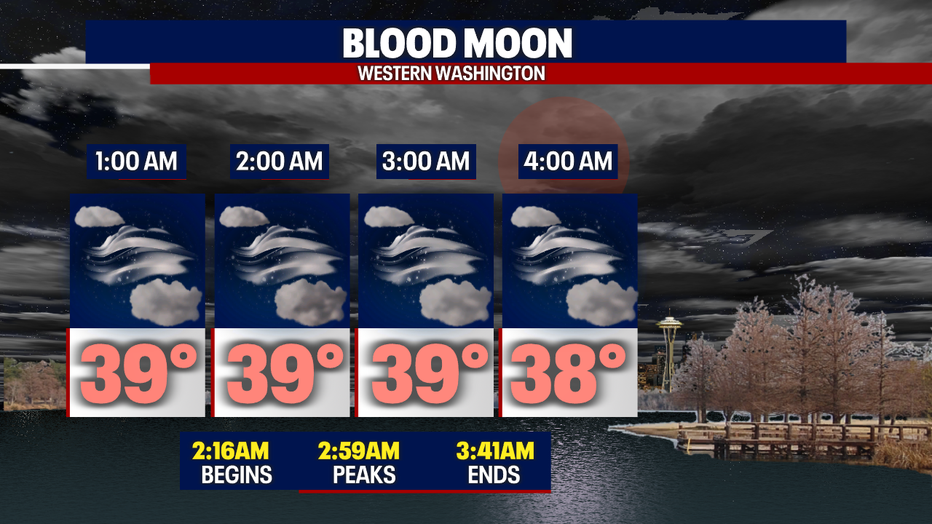 Overnight lows will bottom out in the mid-lower 30s. As temperatures plunge, watch out for *icy spots* on your morning commute! There is a lot of moisture out there because of the recent precipitation.

Tomorrow afternoon will remain chilly with highs well below normal (54F). Expect more sunshine too. Here is a look at your forecast: 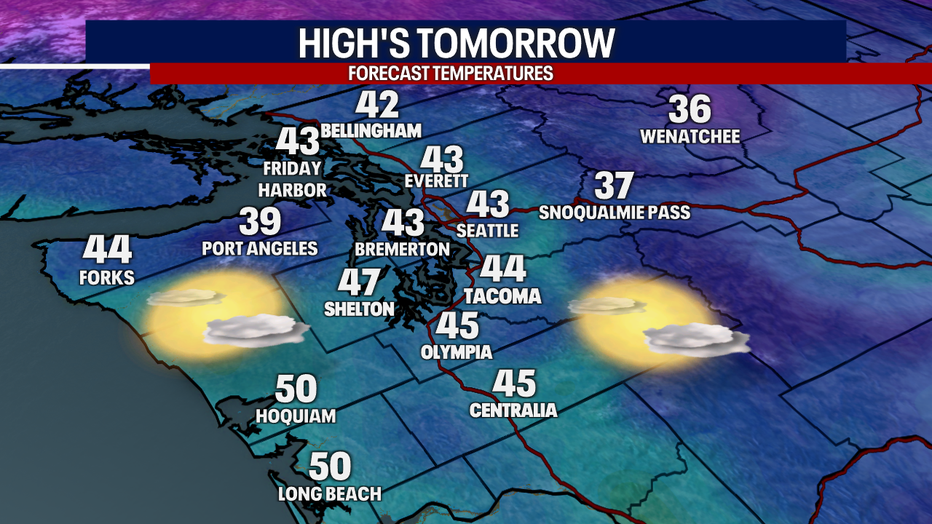 I'll leave you with a look at your 7-day forecast: 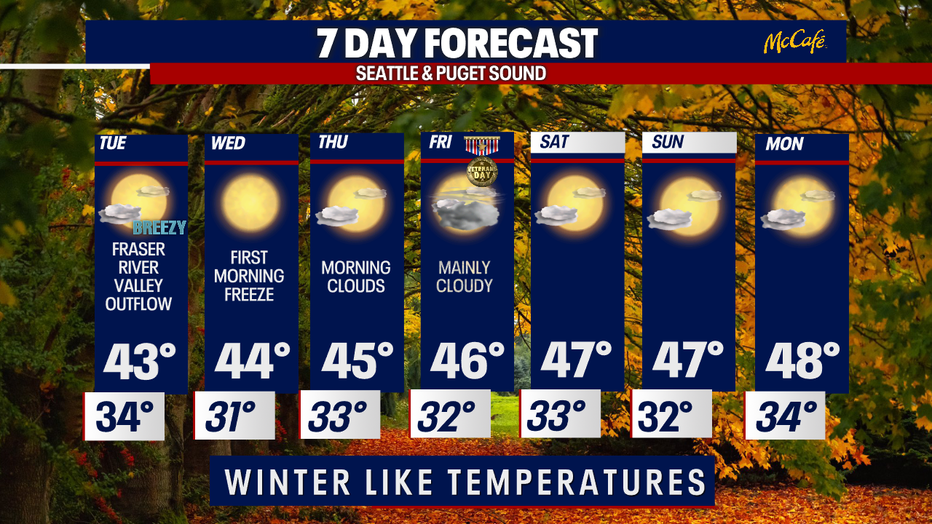