SEATTLE - Another round of smoky/hazy sunsets tonight.  Here's one shot from Seattle: 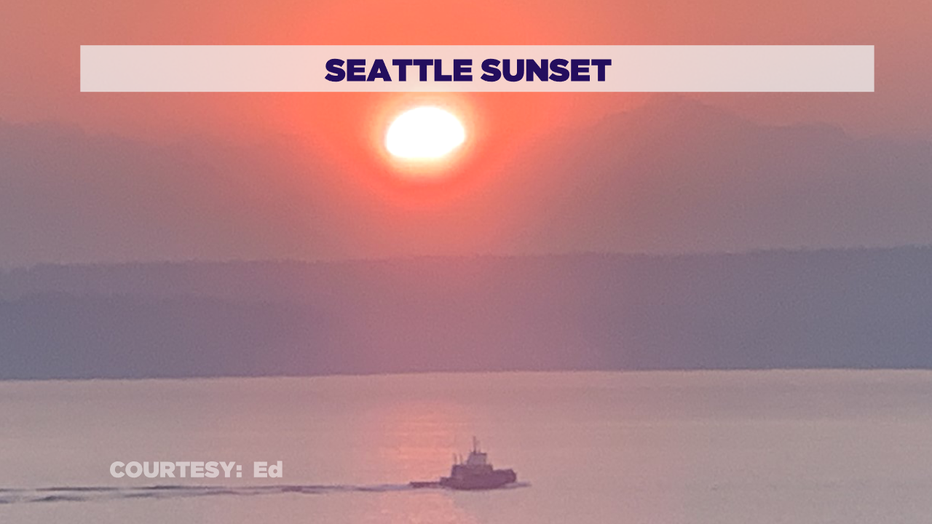 And after winds fueled fires all across the region today crews struggled to reach containment.  State Route 410 in Sumner will remain closed as firefighters work to put out the blaze that started late Monday night.  With so much smoke out there our Air Quality Warning for hazardous conditions will last at least through Wednesday morning for Puget Sound.  While some smoke has lifted, we'll still have localized areas of dangerously low air quality in areas dealing with active wildfires on both sides of Washington State.

If you are have asthma or allergies it's best to keep your windows closed and limit time outdoors.  This also goes for your pets.  Symptoms of the bad air include runny eyes, scratchy throat, and shortness of breath-- this poor air quality should be of most concern for people with respiratory, or previous heart/lung issues. 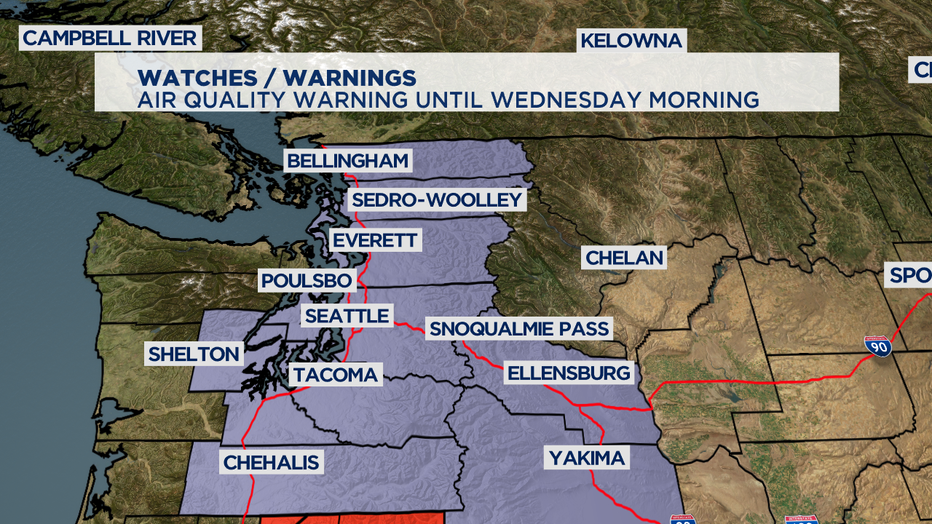 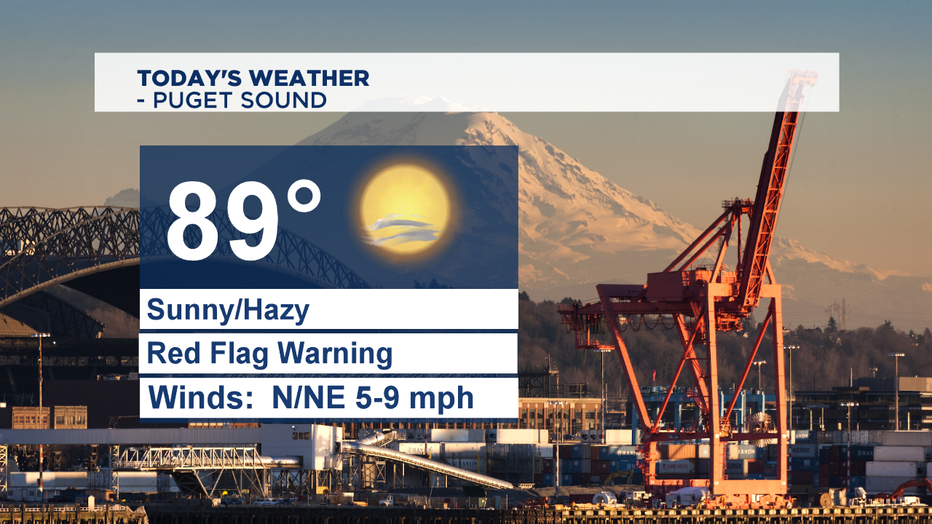 An unusually strong high-pressure ridge right offshore will continue to deliver east winds and wildfire smoke through tomorrow. While smoke likes to rise-- high pressure is a downward force that tries to push the smoke towards the ground. As the ridge moves closer, we'll see more north and northwesterly flow in the atmosphere which will heat us up-- but also help deliver an atmospheric flow that comes from areas less plagued by wildfires. We'll likely tie or beat one-day temperatures records at least two days-- as we remain tinder dry for the next week. 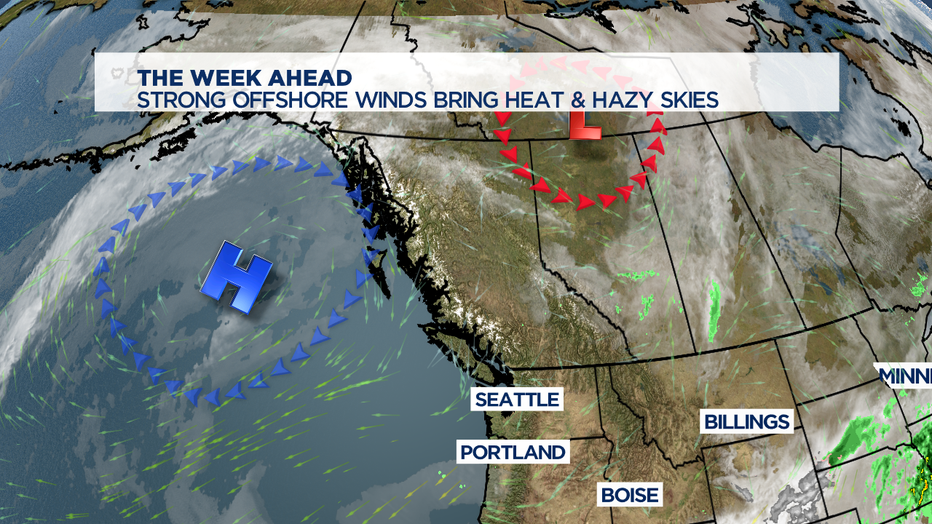 A marine push that will cool us down again arrives later this week. We've already had more than our fair share of days of 80 or warmer this summer. Years when we see more than 40 days of 80 at SeaTac also seems to be years when August and September have issues with smoke and ashfall around Western Washington. Today we hit 83 making it now 41 days above 80 degrees. 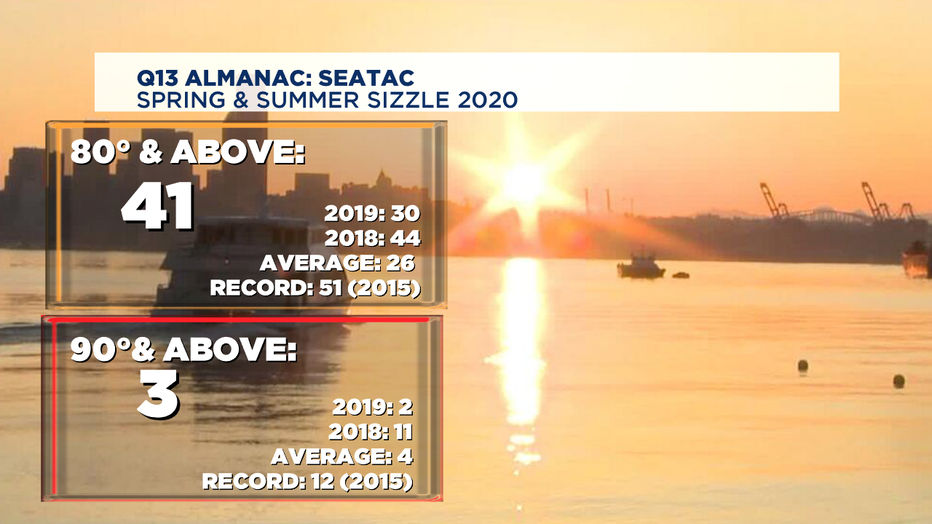 So, for those who've wished for a hotter than normal summer and complained when we cooled to seasonal temps-- this is the end result we've been warning about. We've only seen 3 days at or above 90-- but could even add to that total a couple more days before cleaner and cooler air off the ocean returns. 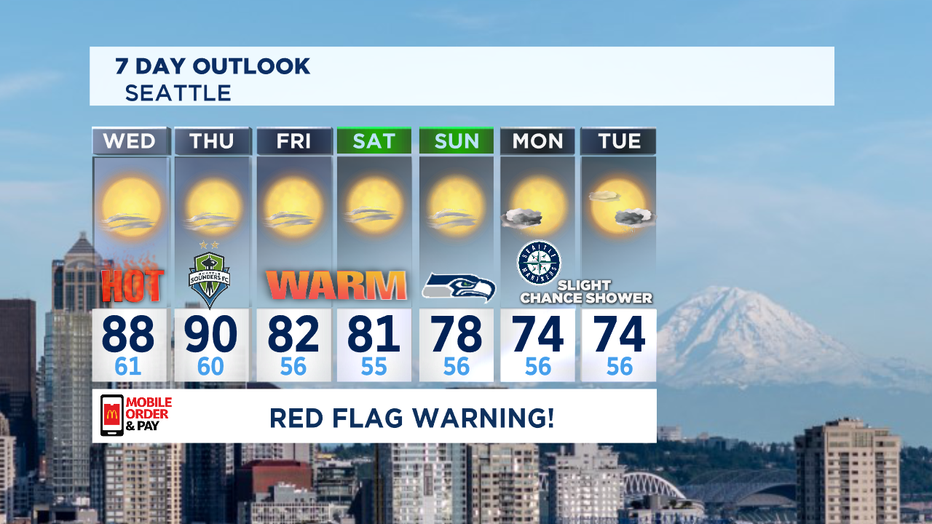 The number to beat in the record books for Wednesday is 89 which we think we'll come close to tying. The record for Thursday is 85, which we'll likely beat even if we don't hit 90.

The next shot at possibly seeing showers could come Monday into Tuesday, but at this point some models are not in agreement.  So... stay tuned!

Stay safe and healthy all!  ~Erin 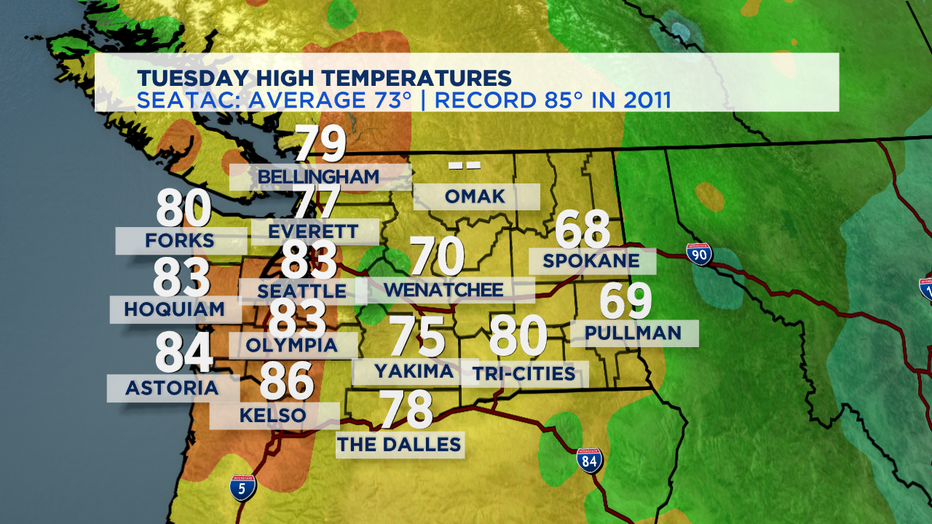