Temps in the low 70s Wednesday and Thursday

It'll be dry in the lowlands with some showers in the mountains. FOX 13 chief meteorologist Lisa Villegas has the latest forecast.

SEATTLE - A pretty day around the region! Highs ran into the upper 60s to mid 70s today!

As we say goodbye to May, we pick up one more 70+ degree day, bringing the total for the month to just two days! Normally we hit 70 about seven times throughout May. We did pick up the warmest day of the year on April 7 at 73 degrees. So overall, just three days at or around 70 for 2022. 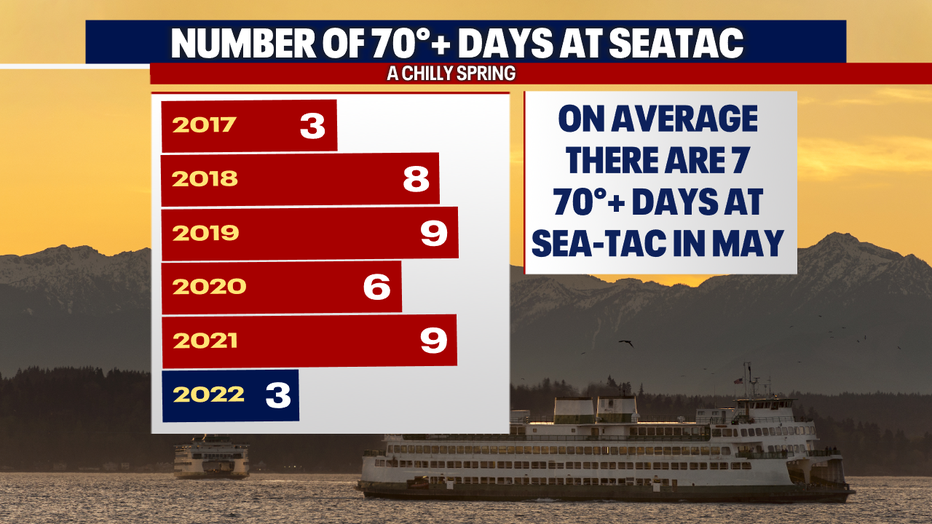 Tomorrow, we flip the calendar to June, and we're forecasting low- to mid-70s through midweek, with cooler highs into the weekend. A stronger system rides inland Sunday with what looks to be the wettest day over the next week. 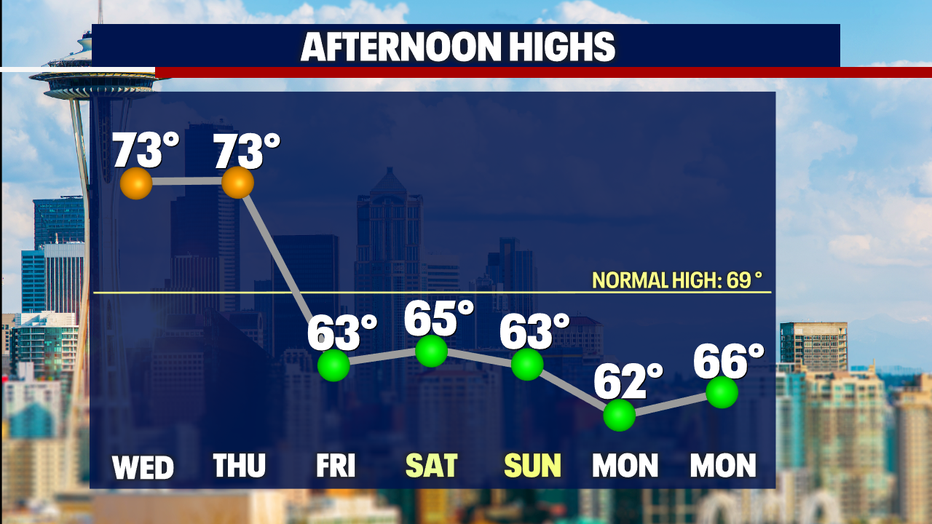 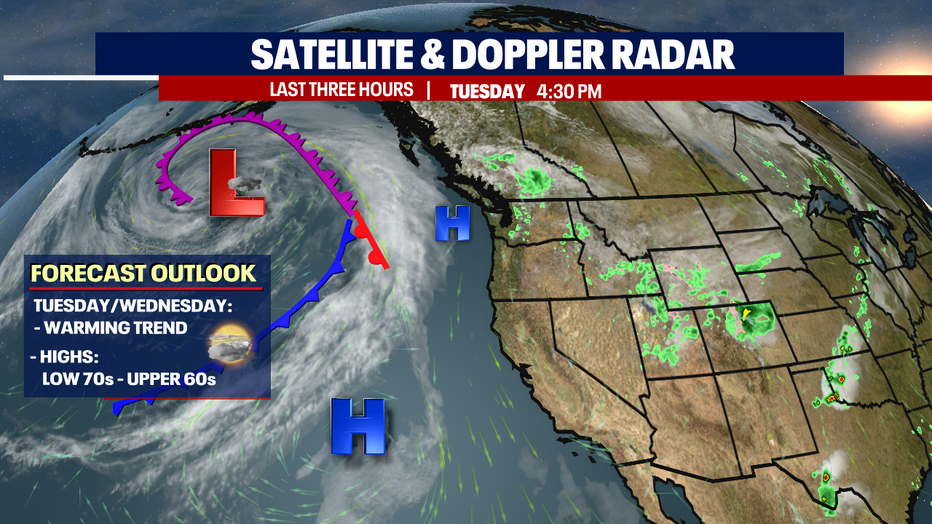 During the next 24–48 hours we'll see mainly dry weather, but there is a chance of showers Wednesday for the northwestern Washington Coast and Olympic Mountains, with most areas inland staying dry. Don't be surprised if we see a few thunderstorms fire up, especially through the Cascades, as a weak pulse of energy moves northeast across the region. 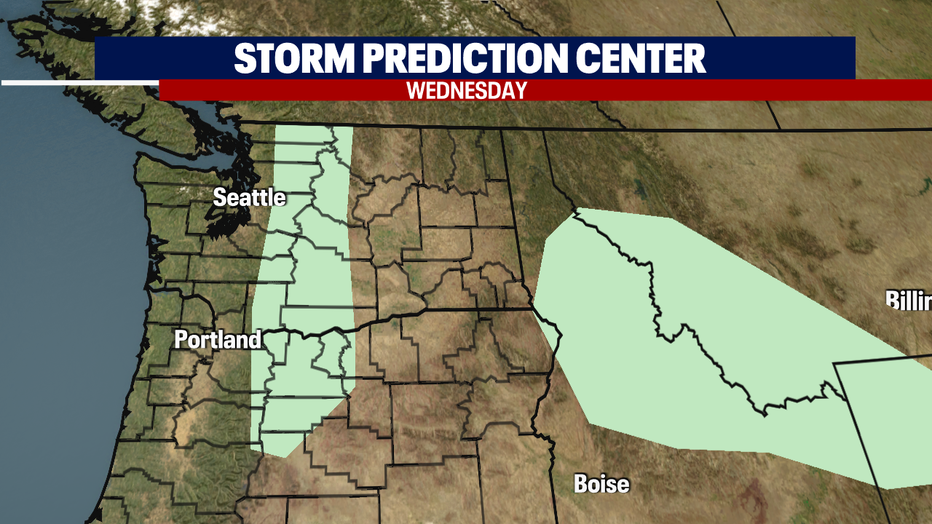 By Thursday, the chance for showers increases some, mostly for the North Sound with a few showers riding through Seattle early. 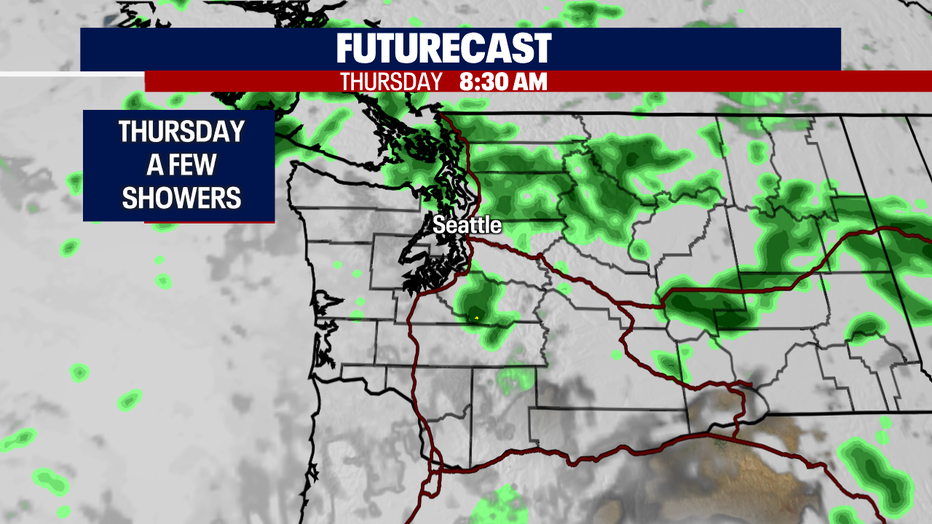 The first weekend of June has an upper level low just offshore, and that will start to cool us down and increase the chances for showers. Highs drop into the low 60s.

The best shot for widespread showers comes Sunday. Out of the gate we'll see rain, but by mid-afternoon they should start to wrap up. There's a slight chance for thunderstorms, too. Highs hang in the low 60s.

At this point, Monday looks mostly dry but cool with just a few showers to the north. Clouds increase late Monday into Tuesday with dry conditions. 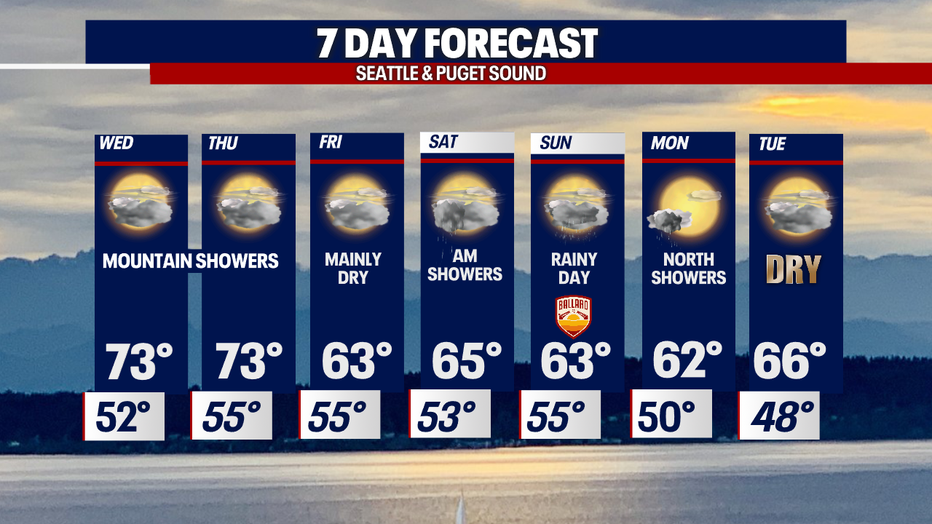 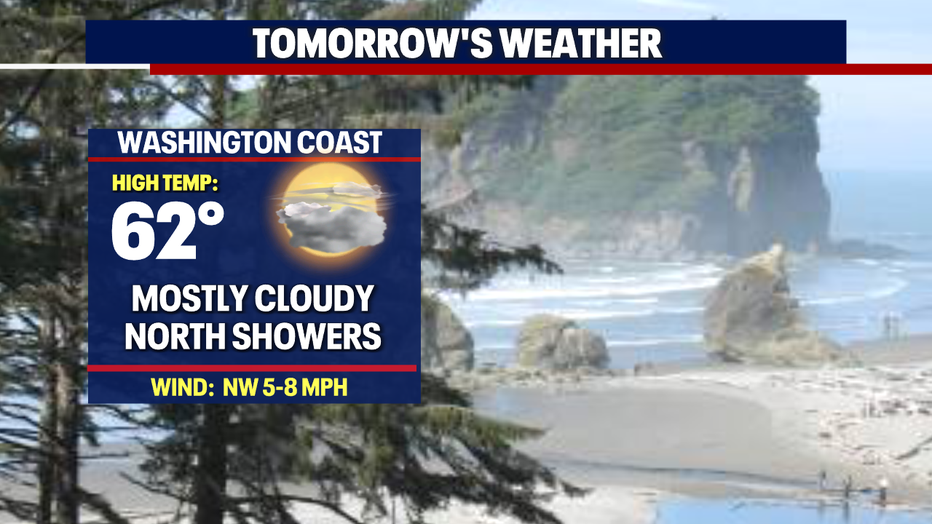 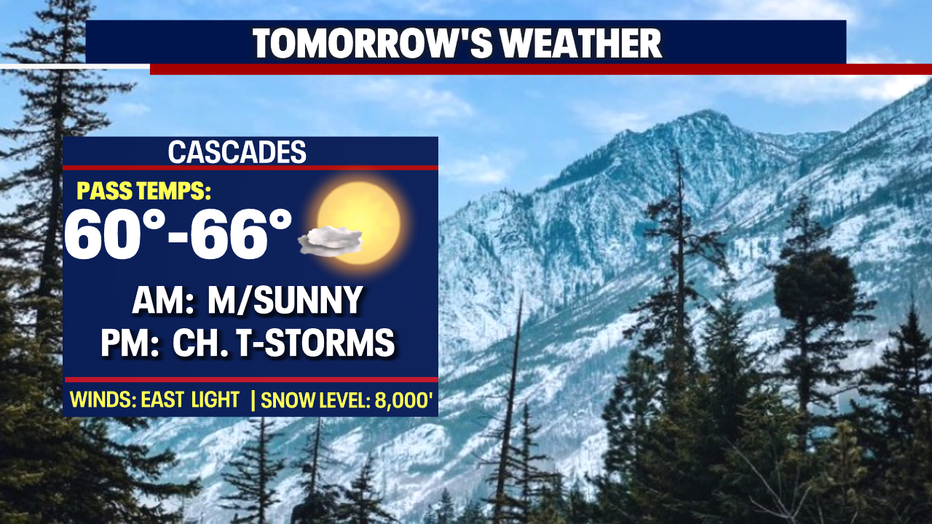 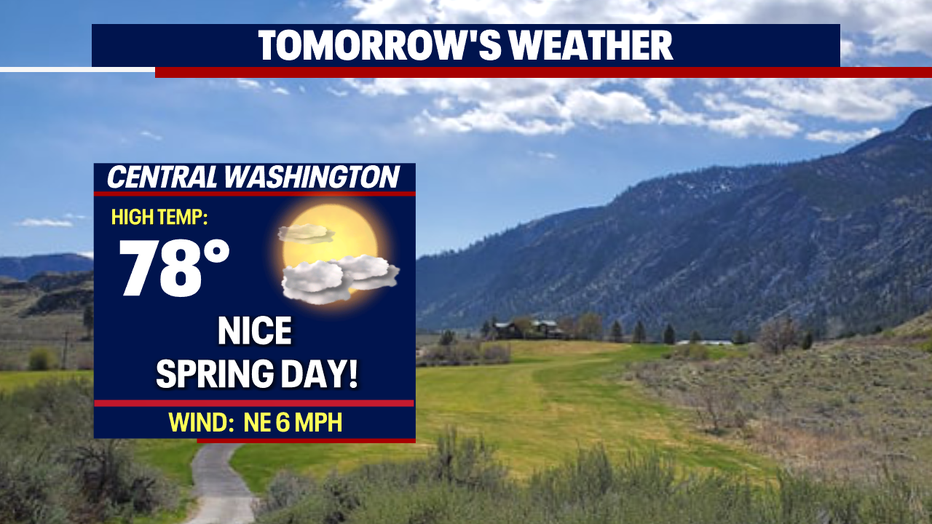