Well above average temperatures this week

High pressure will allow for temperatures to climb into the lower 90s by the end of the work week. Luckily, tis will be brief and a new system will cool us down, quickly, on Friday!

Seattle - The work week is starting off dry and sunny with temperatures expected to soar to the 90s at least one day this week in Seattle.

The view from the FOX 13 Capitol Hill camera was gorgeous this morning. 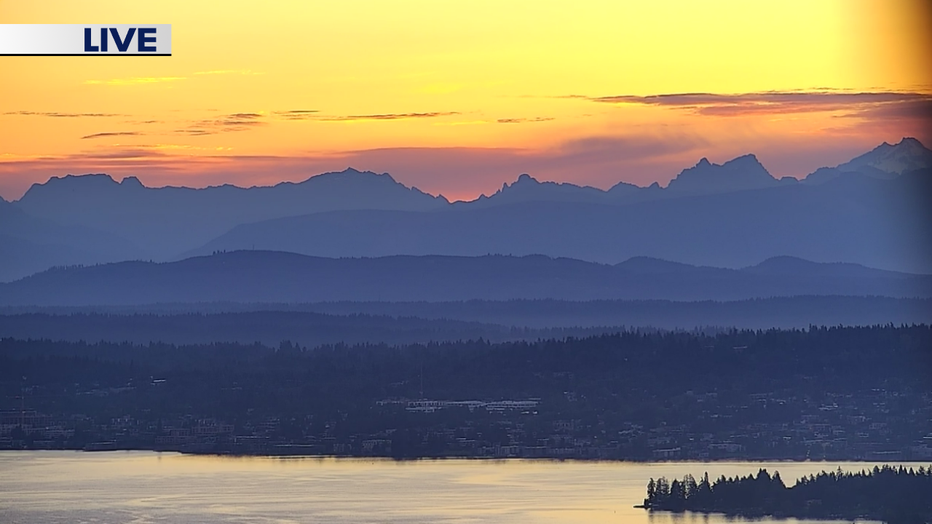 Starting off sunny, Monday will be a bit warmer with high temps reaching the mid 80s. 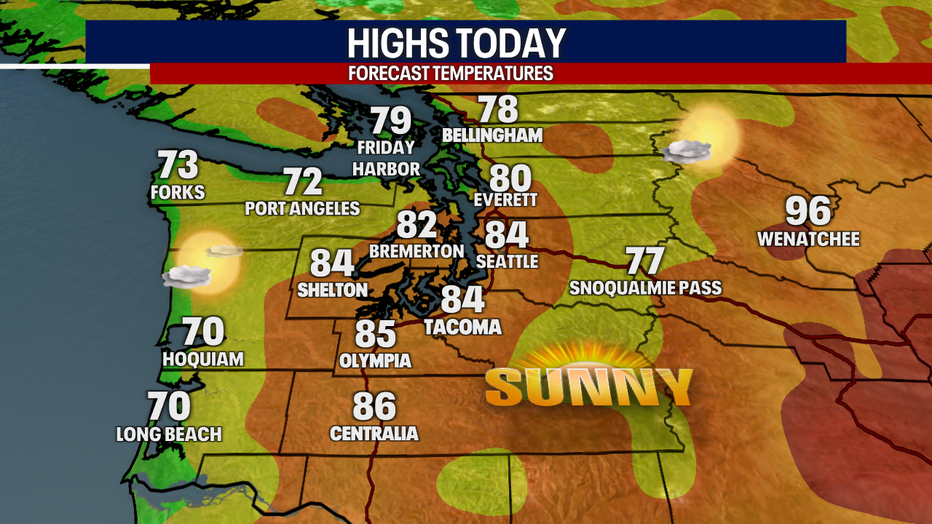 We are almost halfway through August and so far, it has been a mixed bag of warm and cool days. Warmer than average temperatures are in store for the third week of August. 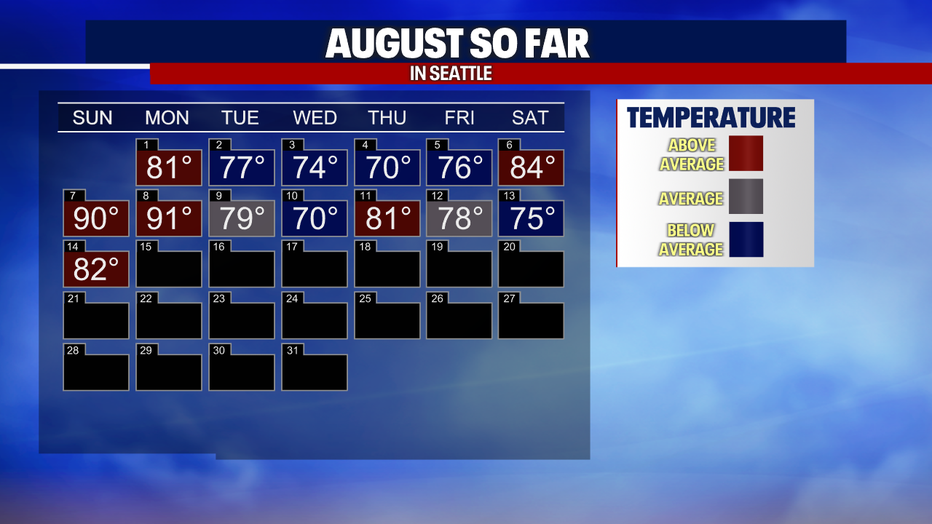 Other than a few hundredths of an inch last Wednesday, it has been very dry this month. That is to be expected, as August is one of the driest months of the year in Seattle. There's no rain expected in the forecast for at least the next seven to ten days. 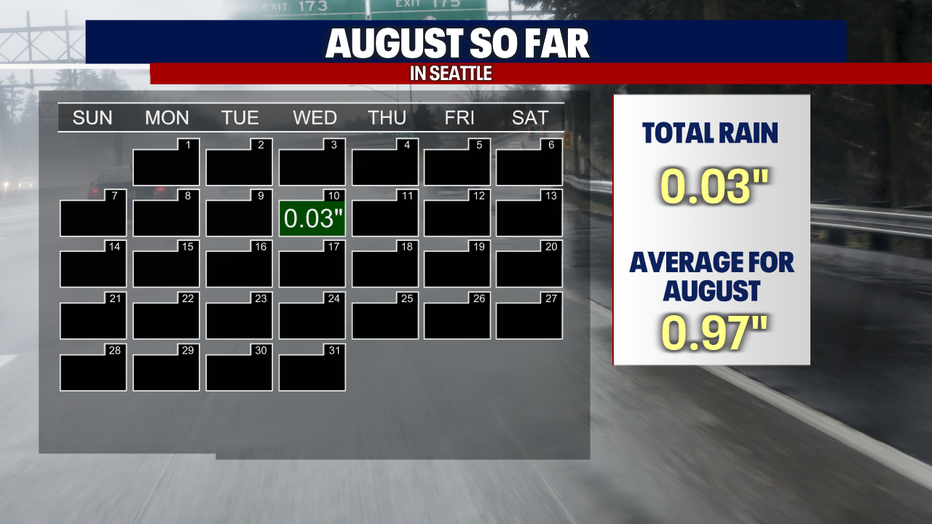 A ridge of high pressure will strengthen Wednesday and Thursday over the Pacific Northwest bringing toasty temperatures to the region. Highs will climb into the upper 80s and low 90s on the west side of the mountains, with Eastern Washington seeing temps in the 100s. 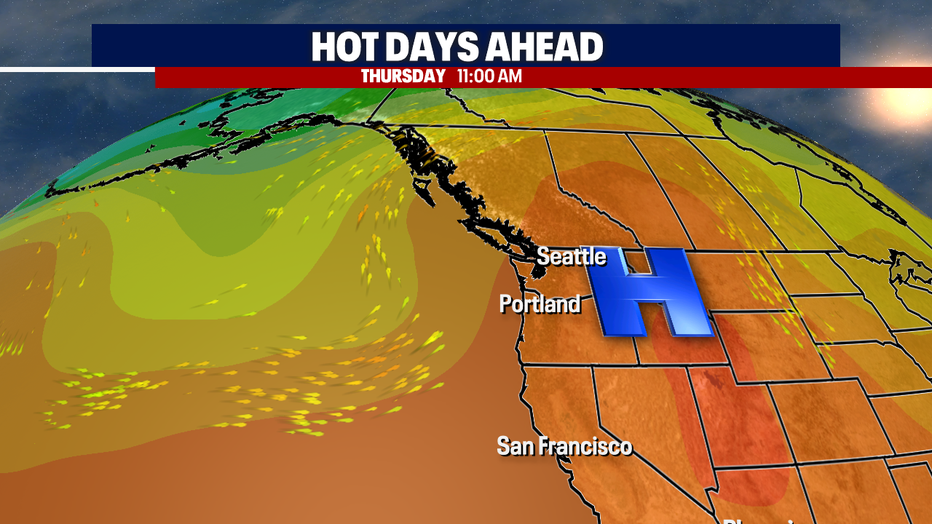 The heat won't last long. A marine push should cool things down on Friday through the weekend. Temps will remain above average, but will be more tolerable. 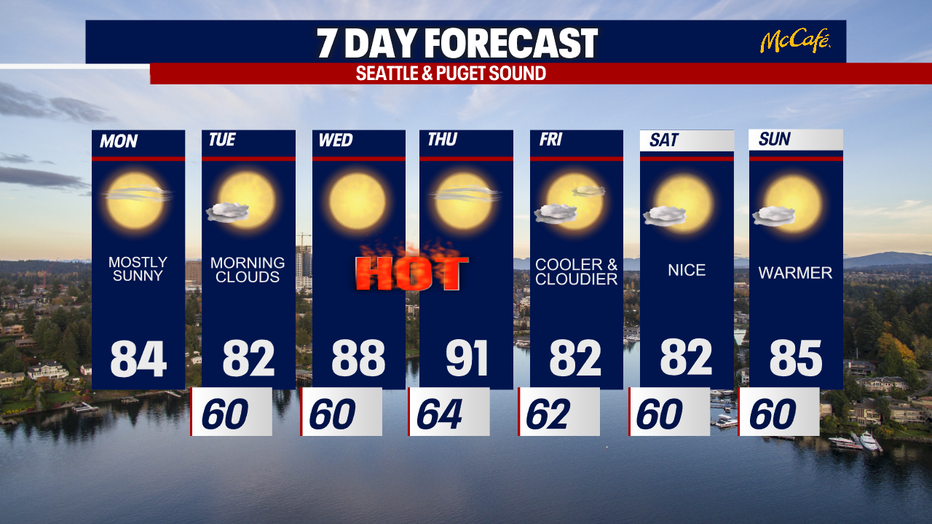