70 degrees and partly cloudy, tomorrow temperatures are getting warmer

70 degrees and partly cloudy, tomorrow temperatures are getting warmer

Seattle - For just the third time this year so far, Seattle has a chance to hit 70 degrees with mostly sunny skies expected Tuesday afternoon.

Not everywhere will see the sunshine right away. The north sound may have to wait longer to get to the sun as clouds linger. There is also a chance for some thunderstorms along the Cascade crest and in north central Washington. For the rest of your, enjoy this warmer day! 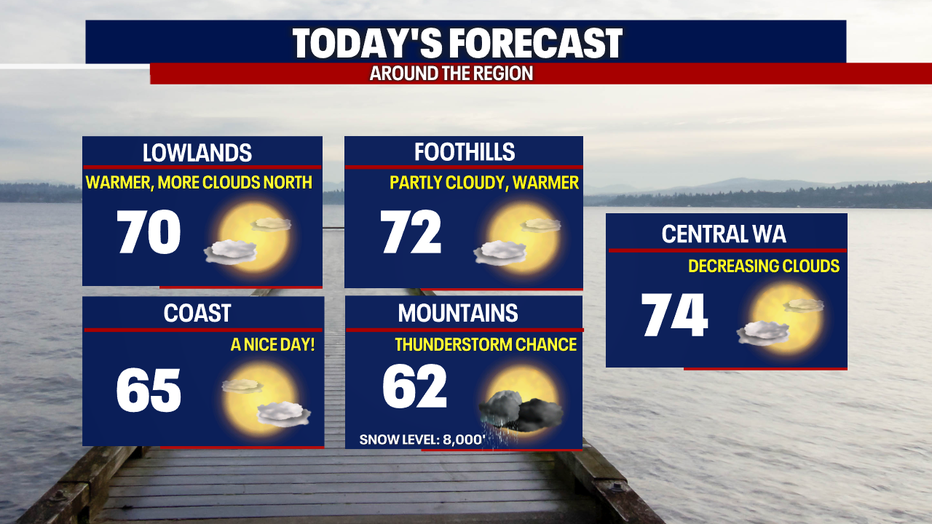 Today is the last day of meteorological spring, which runs from March 1 to May 31. Meteorologists and climatologists use the quarter system throughout the year to make it easier to record and keep records during each season. Astronomical spring ends on June 21, but that date can change year to year. It just makes it easier to keep records.

This year spring was cooler than normal by about three degrees. That cold helped extend the ski season, which was great this year. 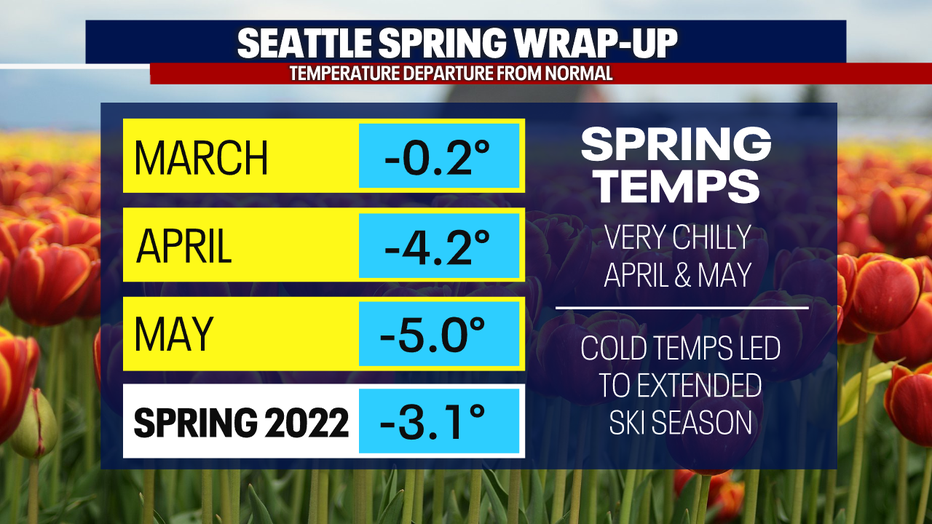 March and April were a little drier than normal, but we experienced the wettest May in 74 years. That helped push us to slightly above average rainfall for spring 2022. 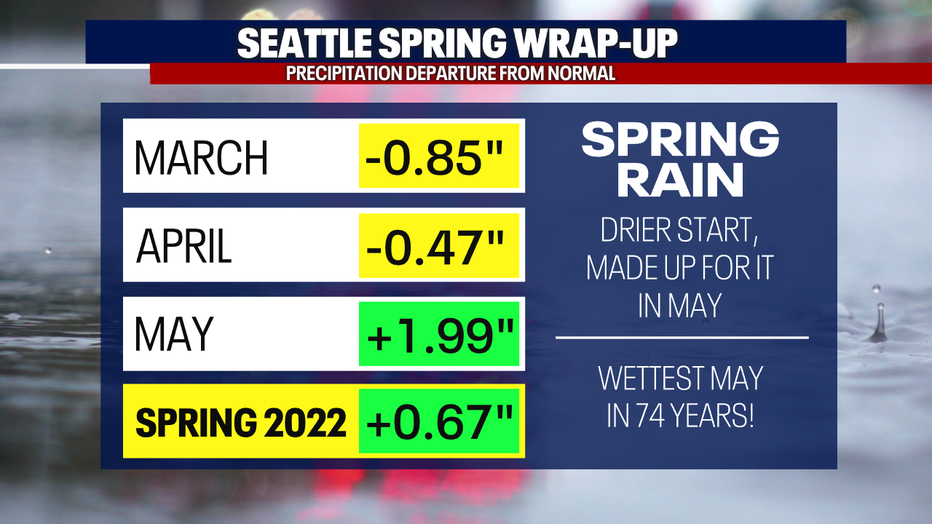 Wednesday is looking warmer and could be the warmest day of the year so far. Expect high clouds that day, especially as we get into the afternoon. Thursday will have a chance of showers, with Friday bringing widespread rain in the afternoon.

Even with the rain this week, temps will stay more reasonable, in the mid 60s or warmer. 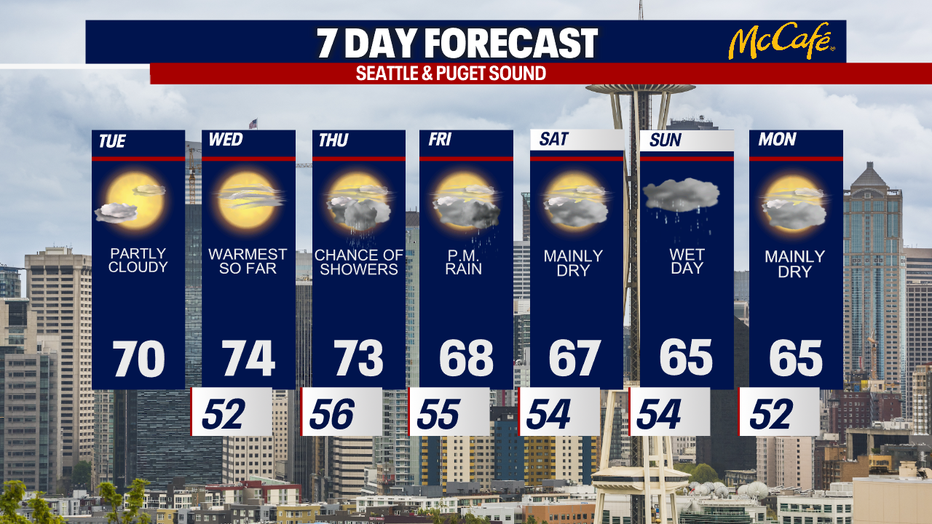