Seattle - *HEAT ADVISORY* in effect in Central and Eastern WA from noon until 8pm Wednesday. Dangerous heat could lead to heat-related illnesses. 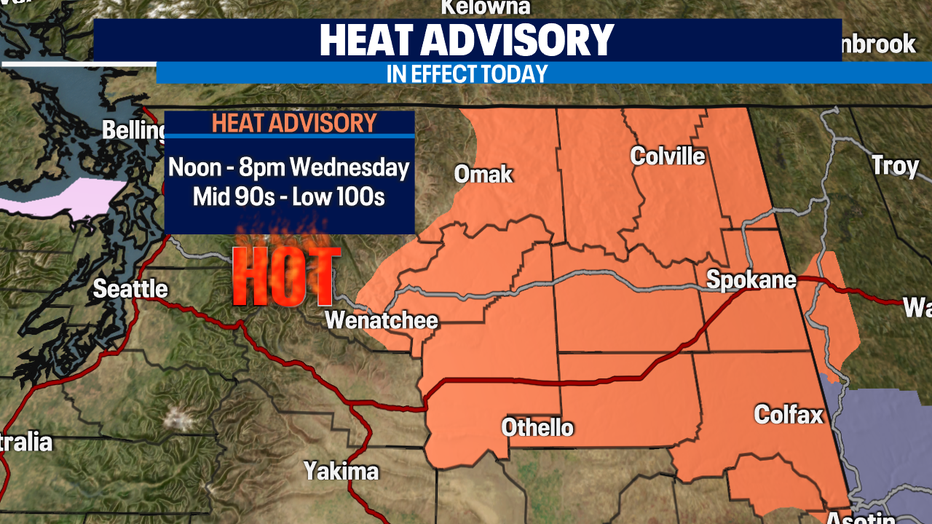 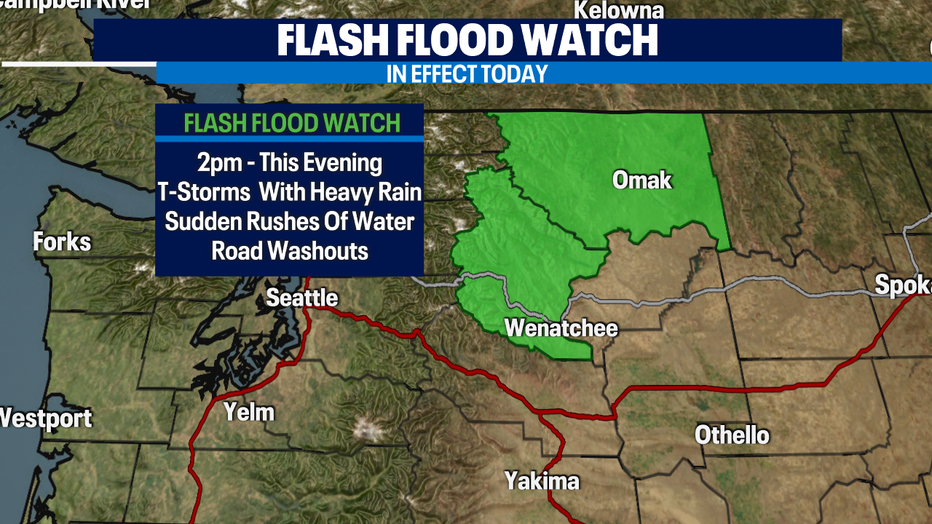 Onshore flow in Western WA is bringing in marine clouds on the coast and South Sound. Clouds will gradually clear this afternoon making way for sunshine. Highs will be in the low 80s in Seattle and south. North Sound will be comfortable in the low to mid-70s. The coast will be cool in the mid 60s. 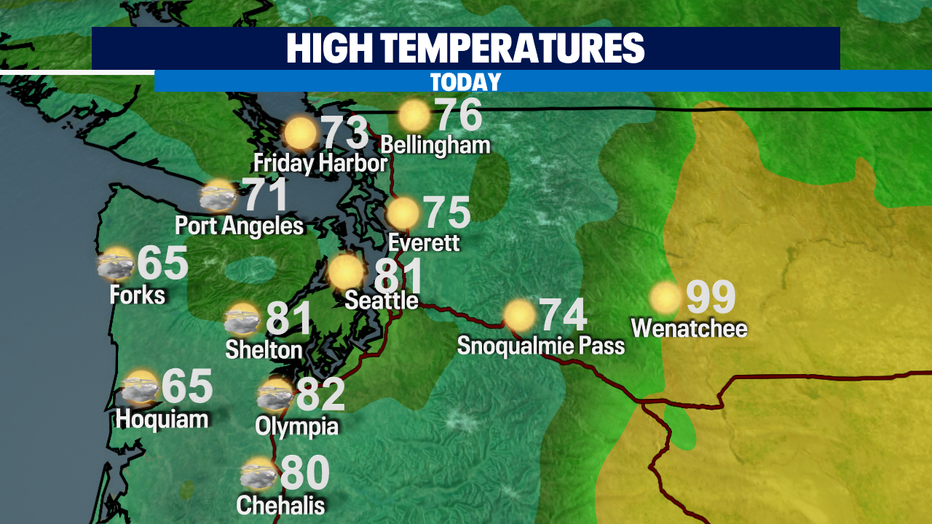 I'm keeping an eye on Friday for a chance for rain in Western WA. It is much needed!!! Looks like the rain will be mainly on the coast, Olympic Peninsula, and north of Seattle. We'll take what we can get! A couple disturbances will bring cloud cover by the latter part of the work week and cooler temps in the lower 70s. Then we'll warm back up close to 80 by Sunday. 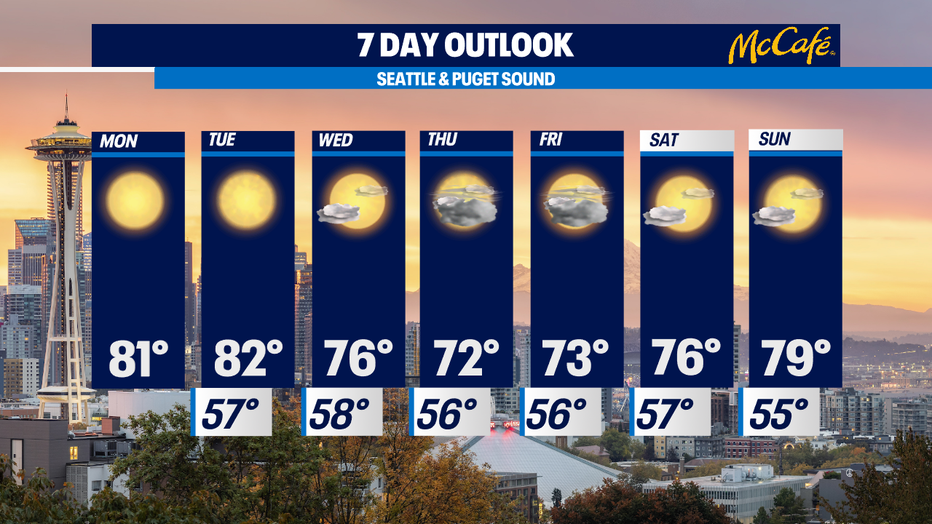