Chances of thunderstorms throughout the northwest

SEATTLE - Our weather pattern remains a bit unstable this week as the upper atmosphere kicks out a chance for a thunderstorm rolling through Wednesday afternoon.

Overnight temps run cool for one more day. Expect lows to drop off into the mid to upper 30s for most spots. We'll see some teens across the passes too! 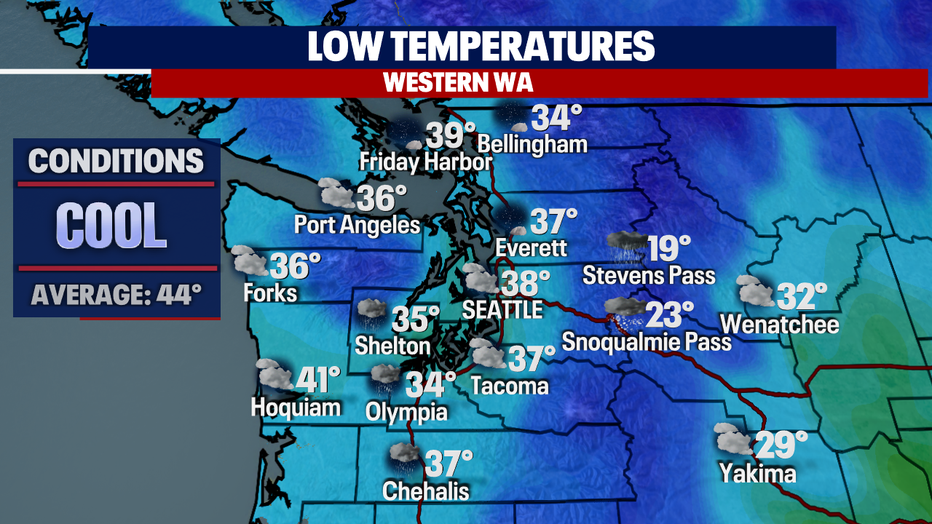 Showers decrease overnight through our Wednesday morning commute, but by midday, rain returns. 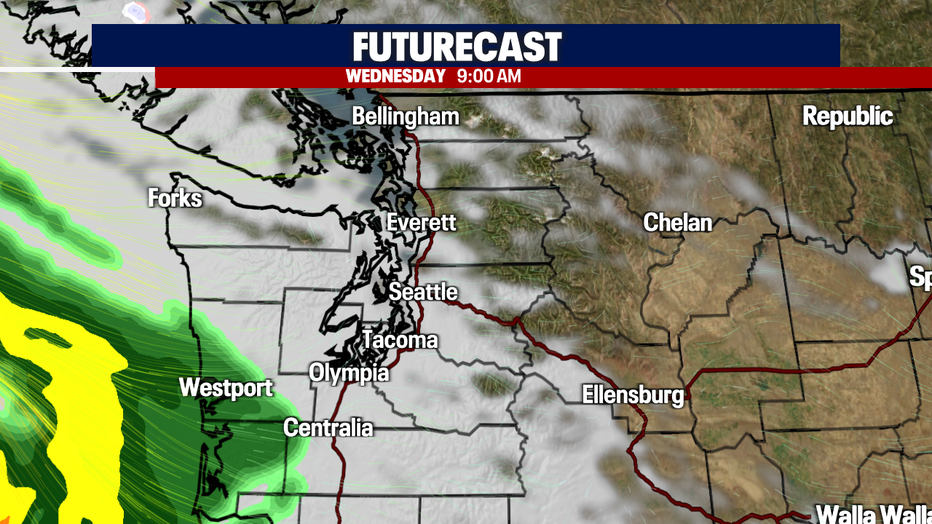 Most of the Northwest has a chance for thunderstorms on Wednesday as well. There's a higher potential for a thunderstorm to pop up along the southwest WA coast continued down south into Oregon. 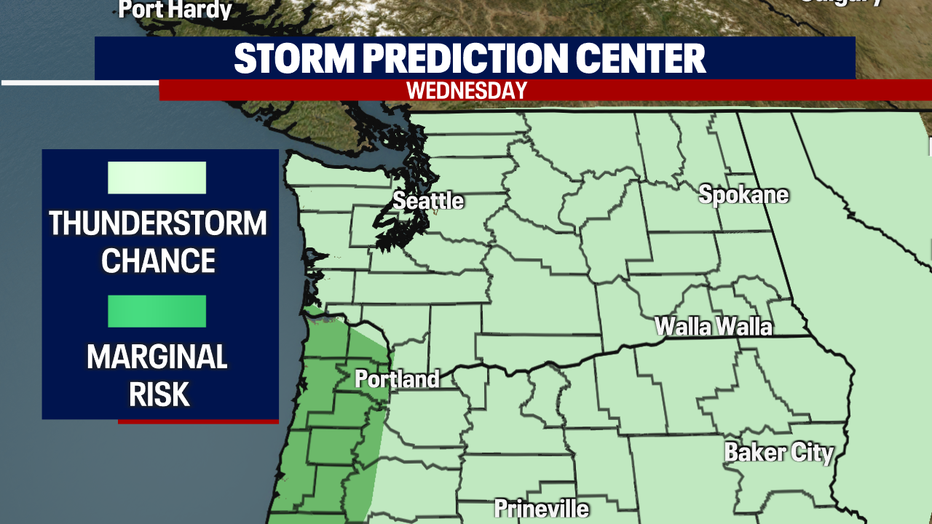 Here's a look at late Wednesday shower activity. The coast sees the deeper cells push in dropping heavy rain and hail at times. The mountains pick up a few more inches of snow too.  Winter lives on through the mountains! Know the roads before you go! 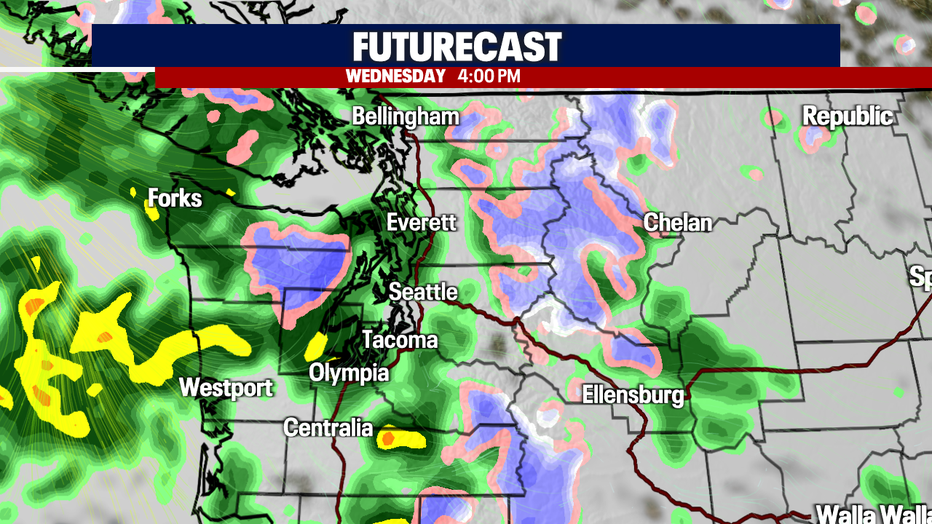 Once we move into the second half of the week, shower chances diminish and blue skies will take over! Highs jump from the mid-50s into the upper 50s to just over 60 through the weekend.  We'll finally see temperatures landing near average for this time of year, which is now 60!  Our lows will warm too into the low to mid 40s.  Enjoy! 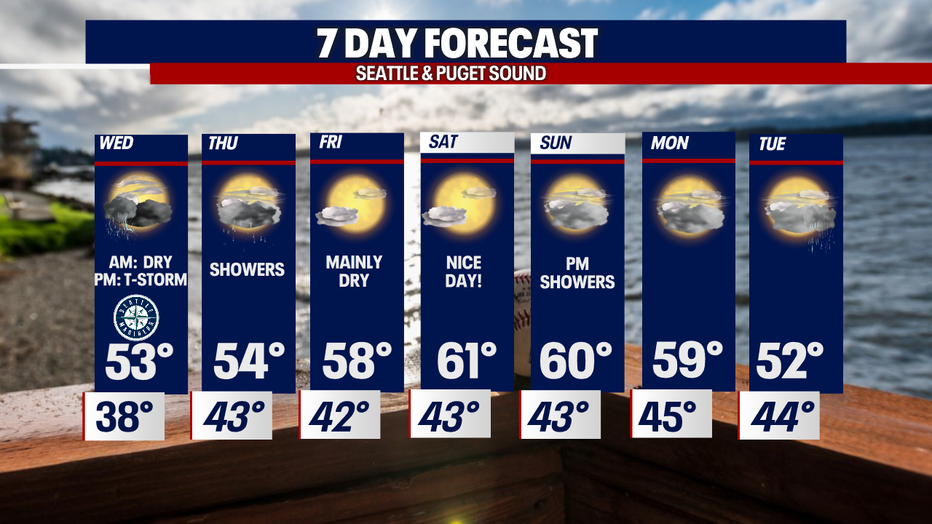 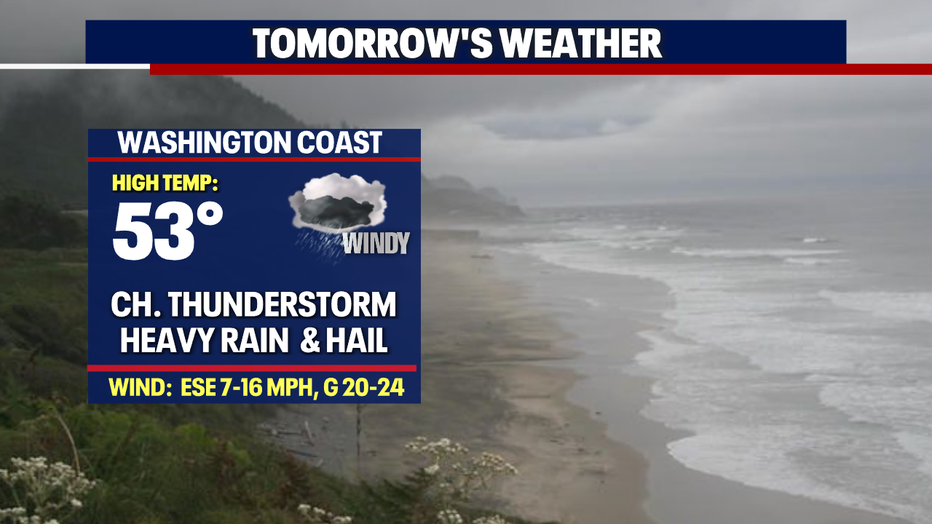 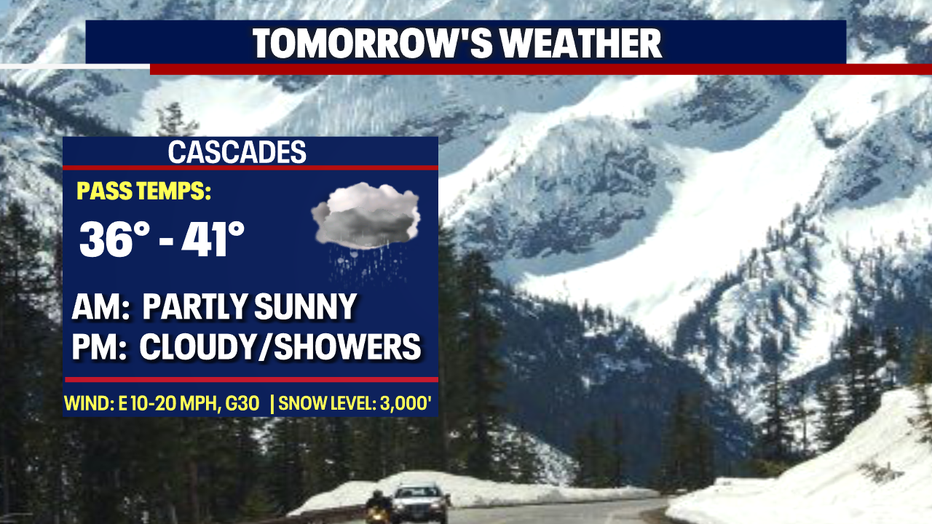 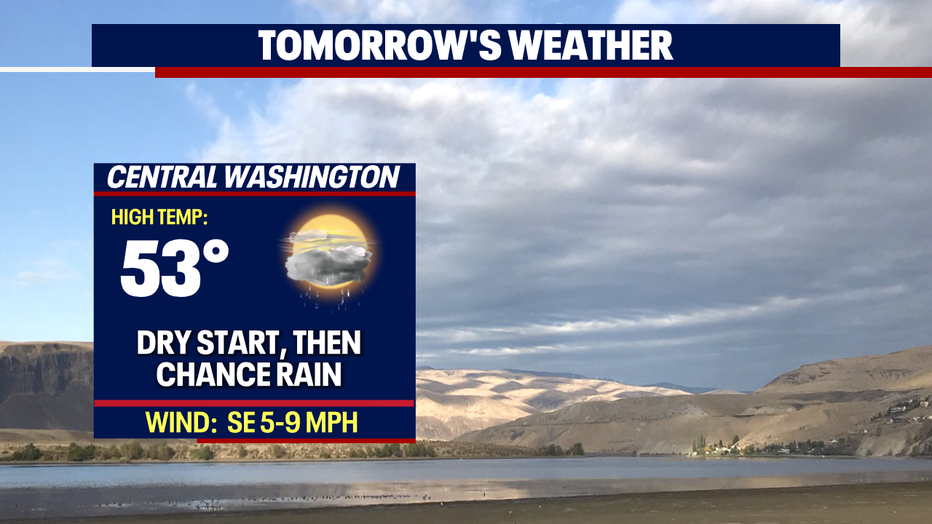