Temps nearing 60 by the end of the week

Showers are expected Thursday before drying out Friday and Saturday.

SEATTLE - We'll see a brief break from rain later tonight into early Thursday before showers get going again. Don't be surprised if you hear heavy rain roll through between 3–6 a.m. tomorrow!

The heaviest showers hit the coast, the Olympic Mtns., and the South Sound.

As we push into the morning commute look for areas of showers along the I-5 corridor. Temperatures start off Thursday in the upper 30s to low 40s. Normal overnight low for this time of year is 44. 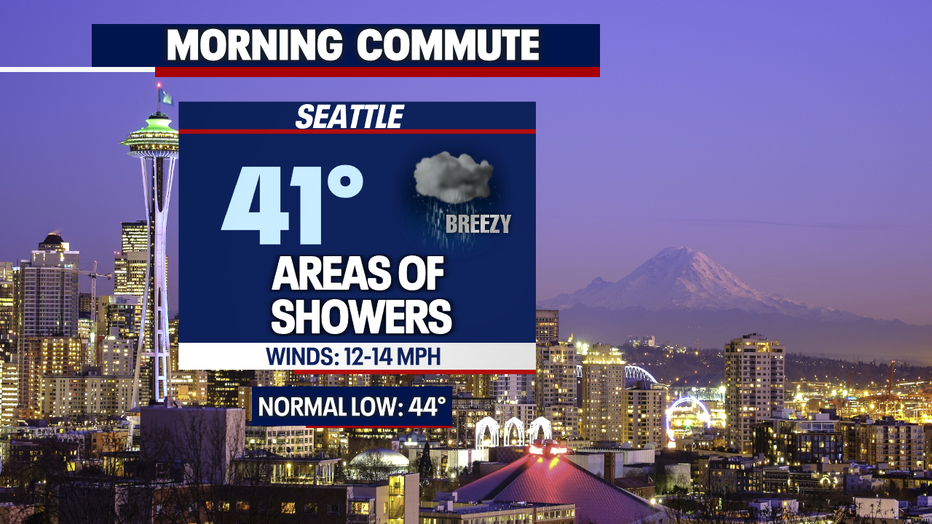 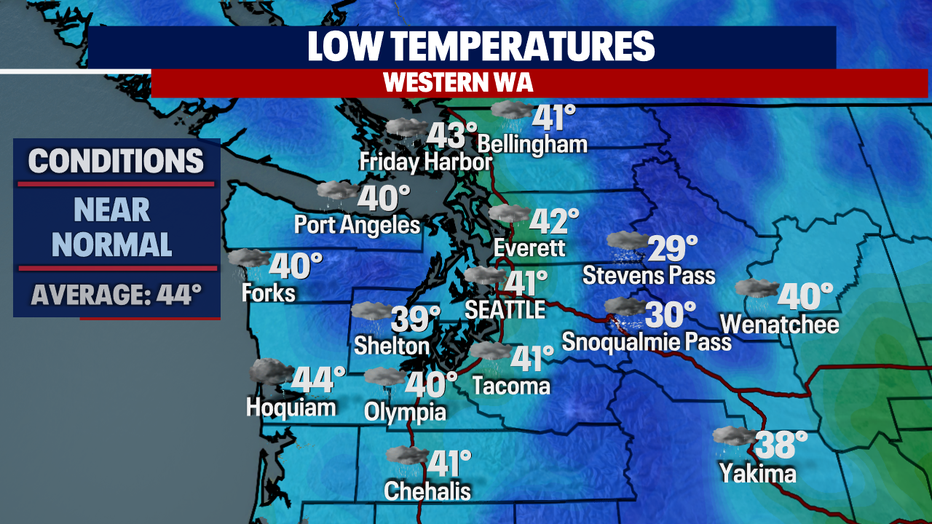 Most showers early Thursday stick to the Washington Coast and south of Olympia. Expect lighter showers Tacoma north through Everett. 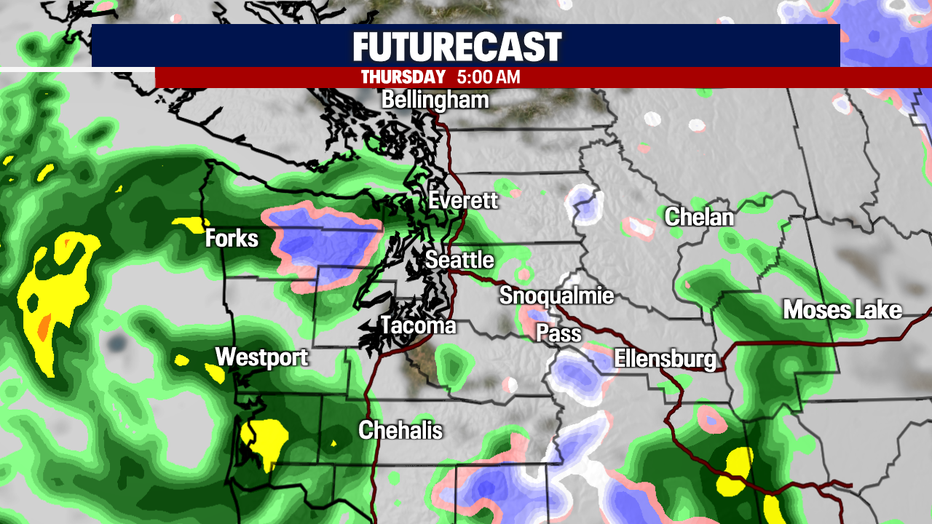 By late in the morning commute showers pick up along I-5. Those showers will taper off, and we'll start to dry out with just pockets of showers later in the day. 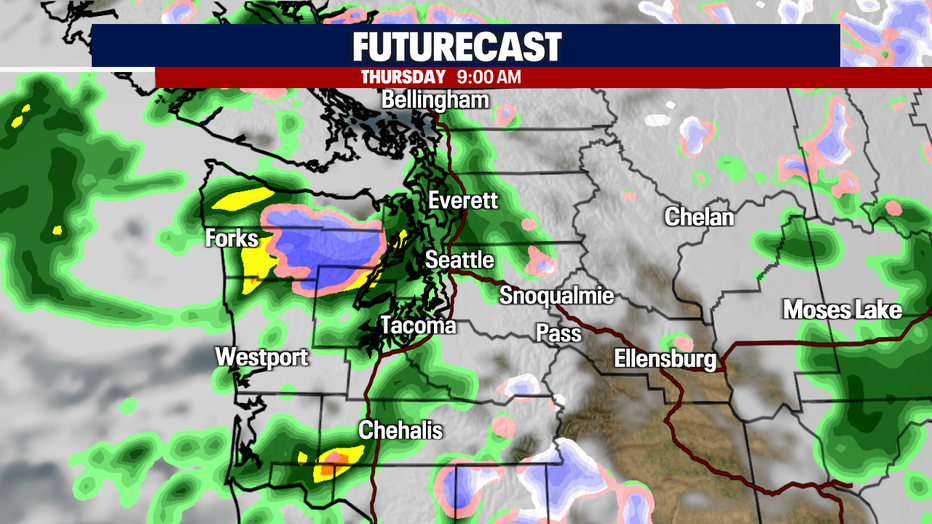 The roof probably will stay closed as the M's close out the series with Texas. Next up KC in town with nice weather on tap. Skies start to clear and temperatures warm as high-pressure builds. 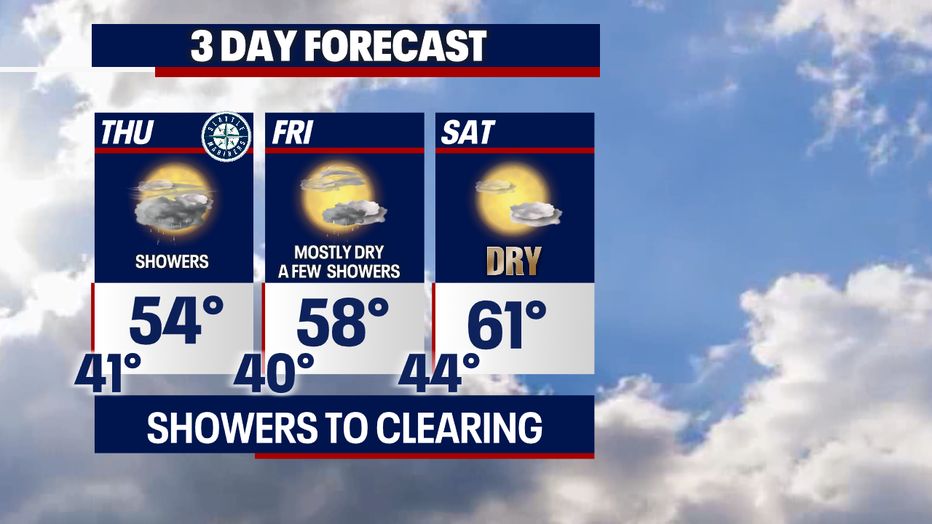 Most of the shower activity on Friday looks to stick to the mountains, foothills and south. 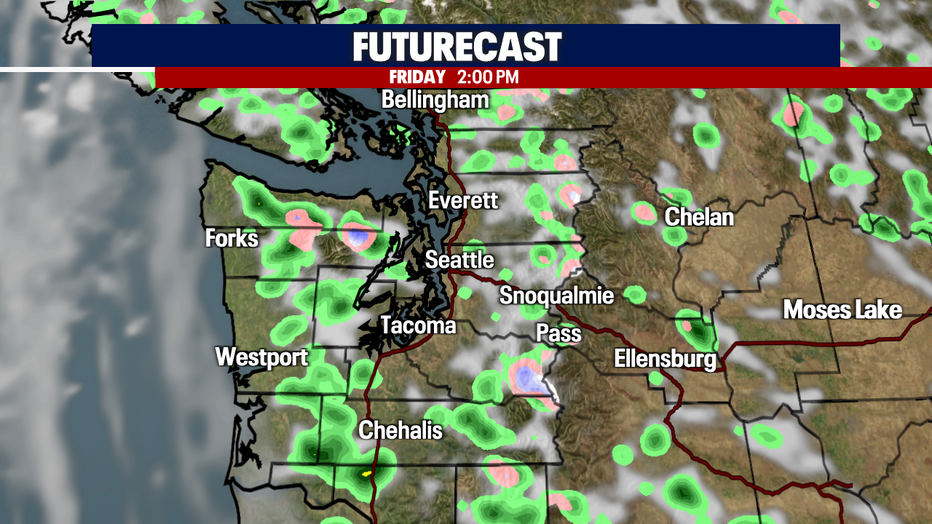 Saturday is the nicest day of the weekend, although Sunday will start out dry with showers returning later in the day. High temps Saturday land in the low 60s with a little cool down into the upper 50s Sunday and Monday.

The middle of the week features passing showers and cooler highs back down into the low to 50s. 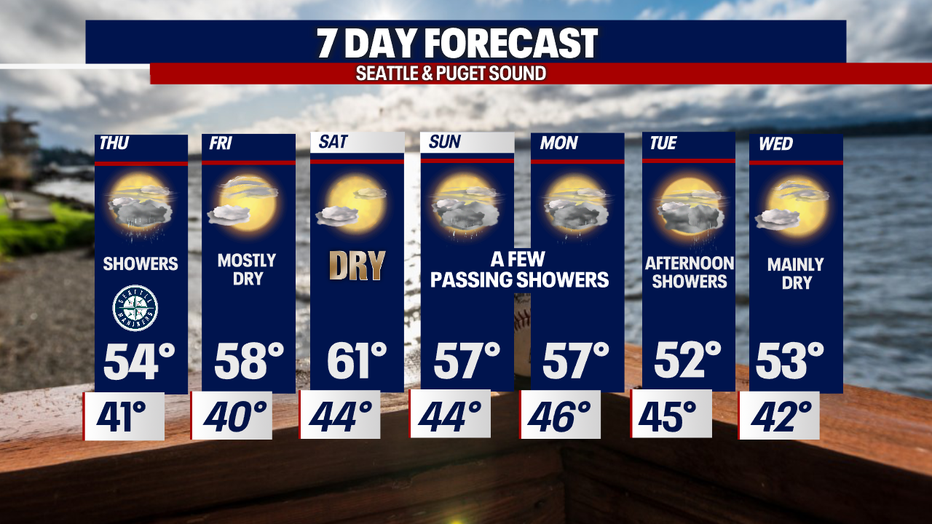 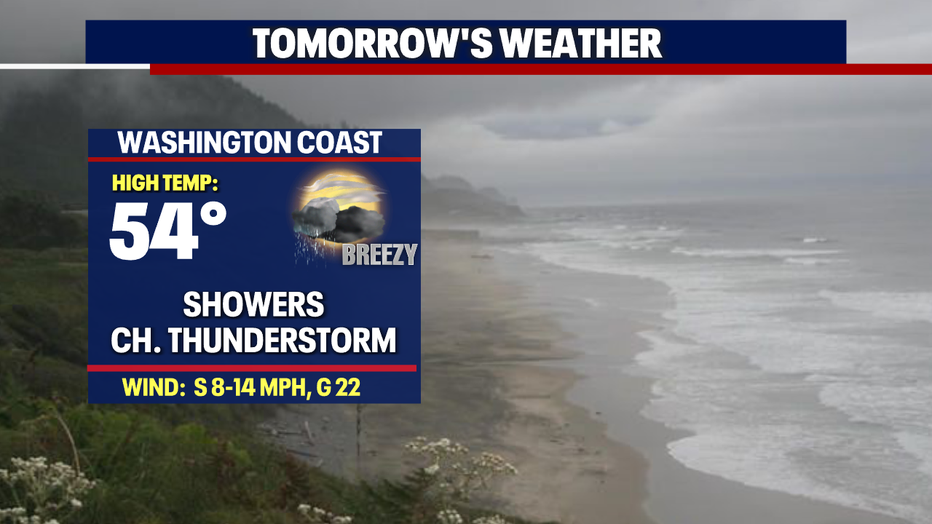 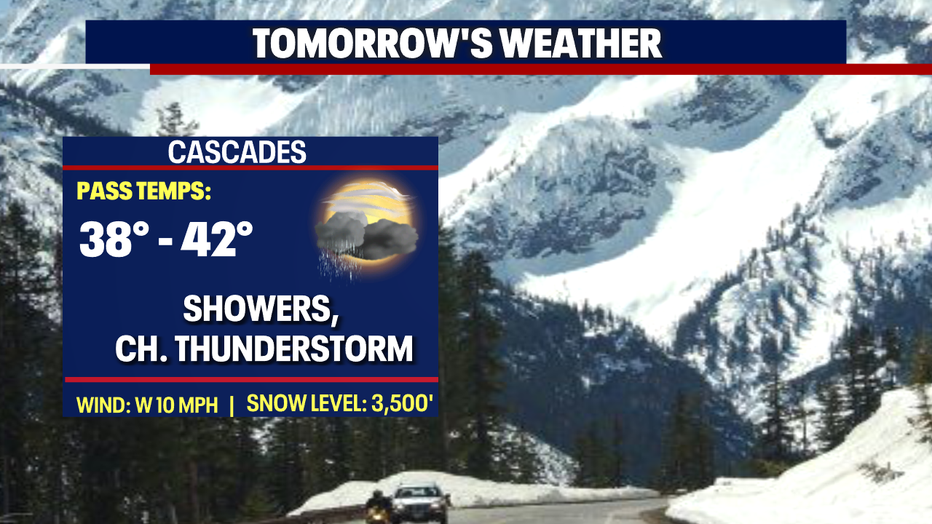 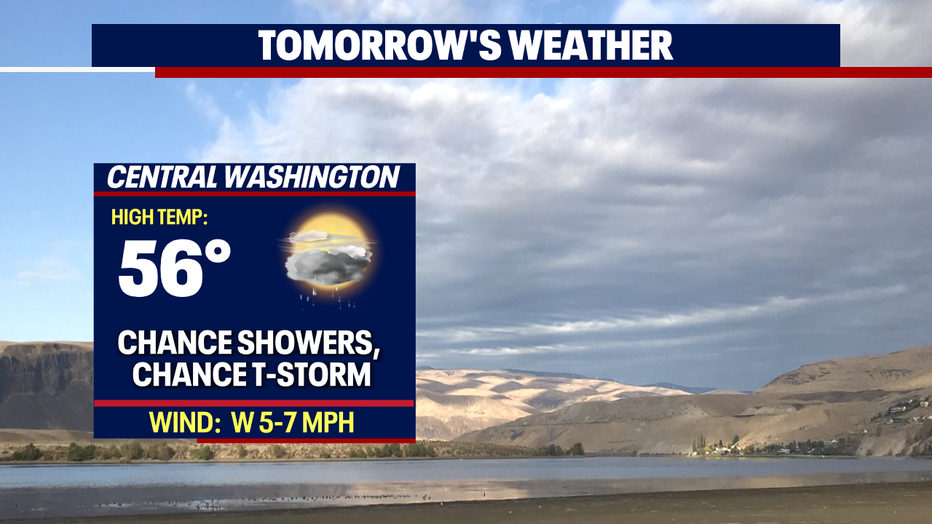