Chance for thunderstorms on Saturday

Temperatures will be in the high 40s and low 50s for the upcoming week.

Seattle - A shift in the atmosphere is giving us that huge temperature drop from 73 Thursday to 56 Friday. And we're going to cool off even more over the next week. Cool and showery is our theme going forward. 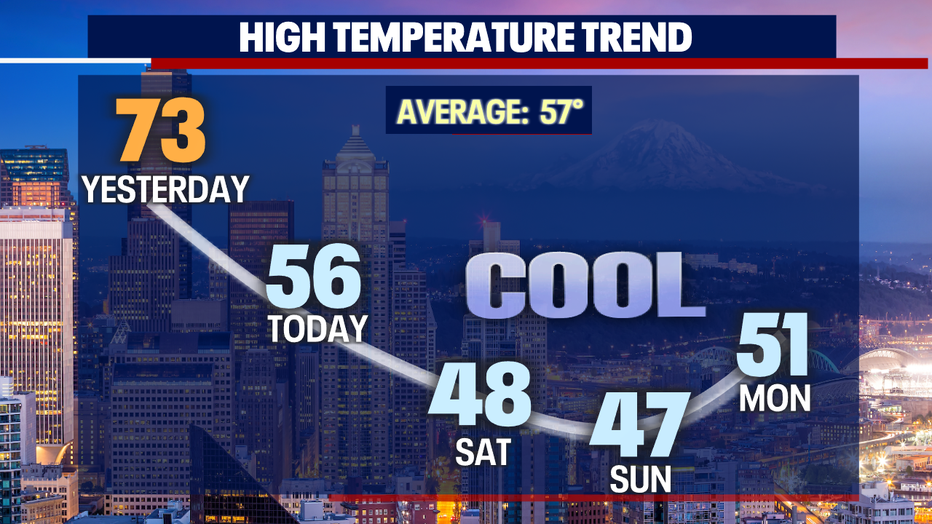 Not only are highs going to be below average, but so will our lows. Normal for this time of year is 42, but over the next week, overnights run cool. 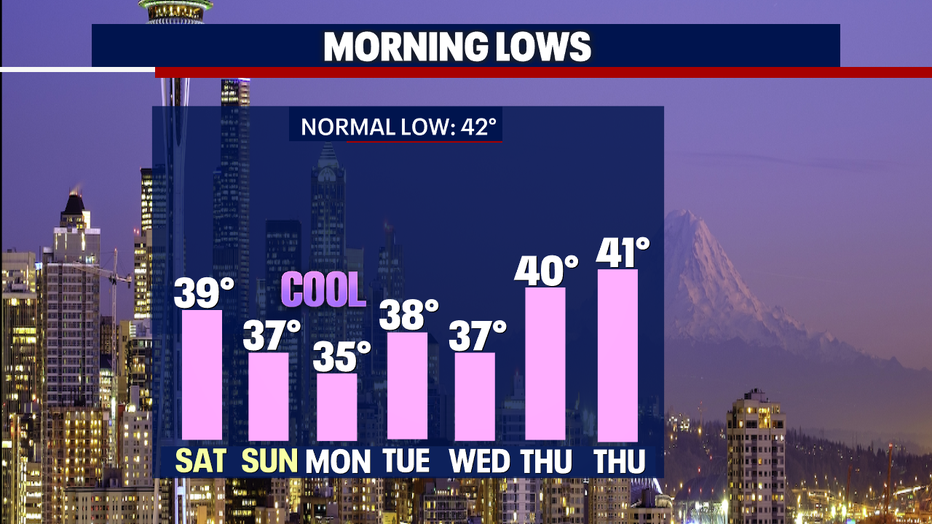 Saturday looks very spring-like with scattered showers and a chance of isolated thunderstorms.  We expect a convergence zone to set up again just as we saw Friday evening across King and Snohomish Counties. Showers in this area could be especially heavy at times with hail falling in some pockets by the afternoon. 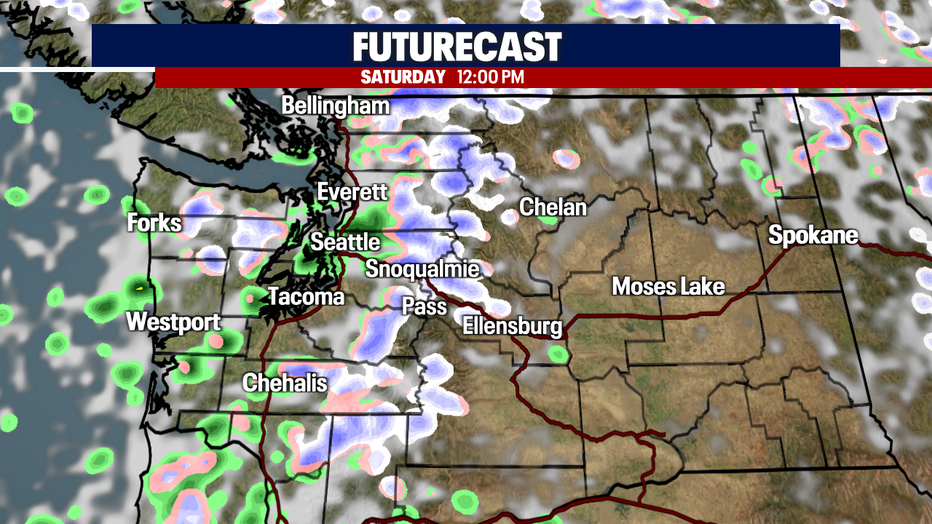 Snow levels will continue to drop this weekend too.  This will open the door for some spots across the lowlands to see a quick wintry mix in the early morning hours.  Sunday snow levels fall to 200' but rise throughout the day back up to 1,000' so anything that falls won't really stick around as temps warm.  That's usually the case with lowland Spring snow.

Meantime, the Cascades will hang under a "Winter Weather Advisory" through late Saturday night.  We're forecasting up to a foot of snow for some areas of the mountains. The heaviest amounts falling over the eastern slopes of the Cascades.  Know the roads before you go! 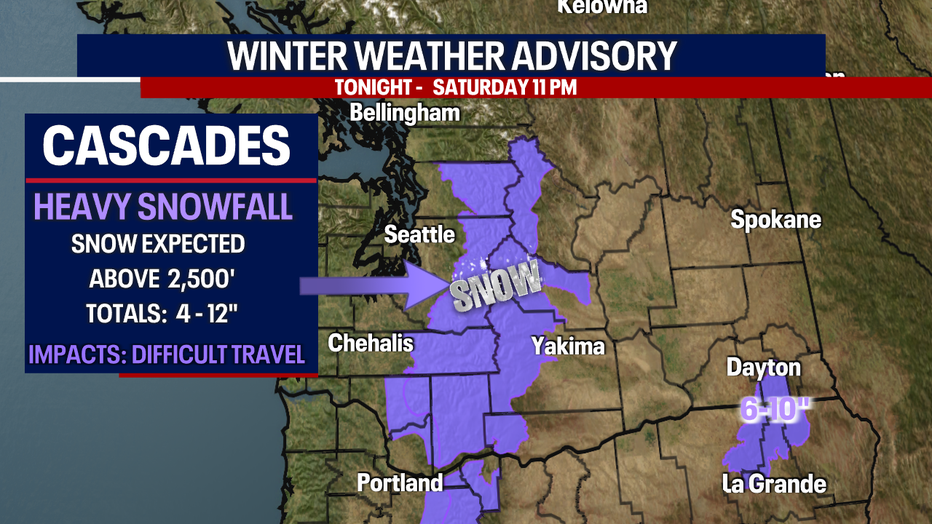 Tomorrow's highs stall out just shy of 50.  Again 57 is average for this time of year and by Sunday we'll bump the norm up to 58. 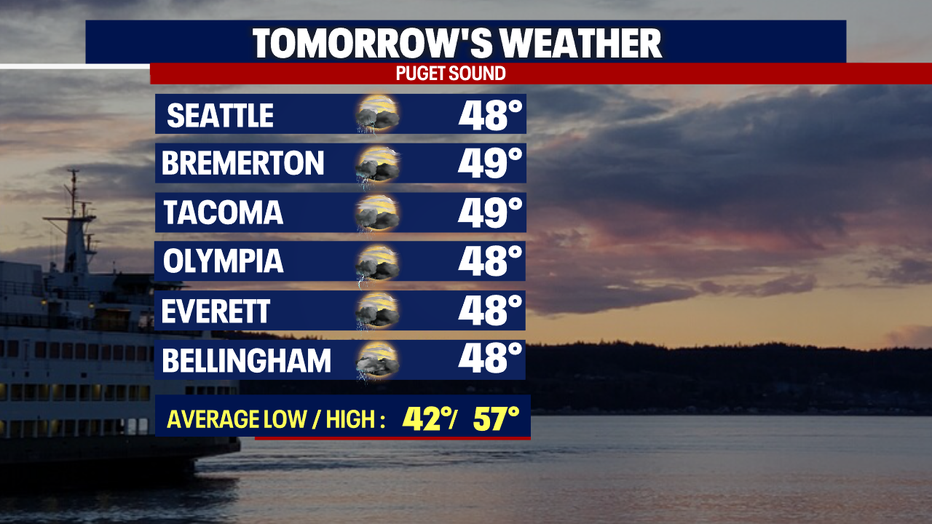 Here's a look at late Saturday night: notice the Kitsap Peninsula and areas around the south Sound see a rain/snow mix start to fall.  We expect these mixed showers into the early morning hours Sunday before turning to just rain. 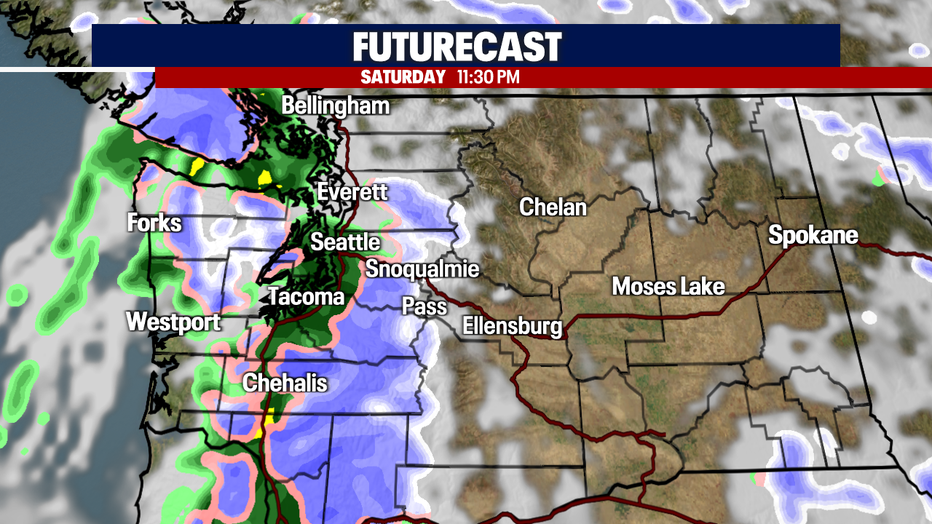 Sunday around 7am we could see a few snowflakes mixing in through the Strait for Port Angeles, Sequim, and the Islands. 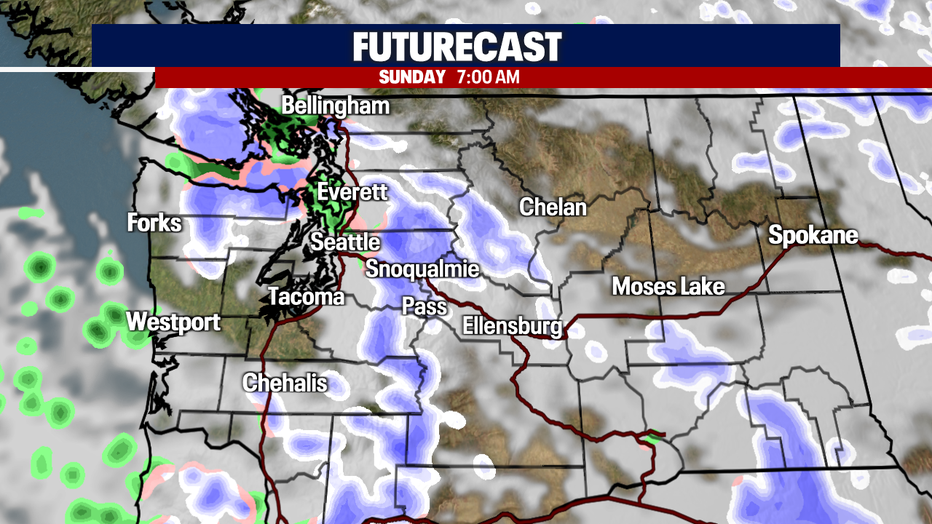 Overall next week will be cool and showery with pops of sunshine and dry periods in between.  Highs hang in the low 50s with overnights ranging from the mid 30s to near 40 by Thursday. Enjoy! 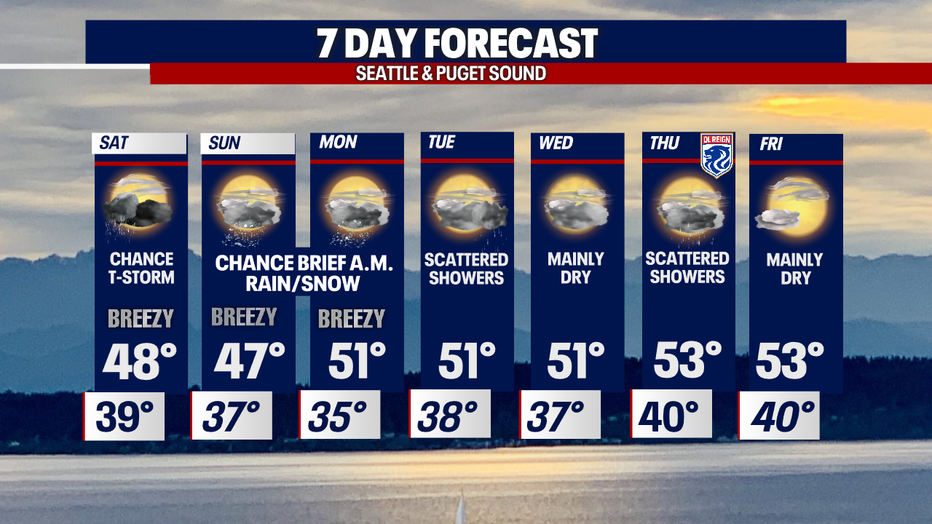 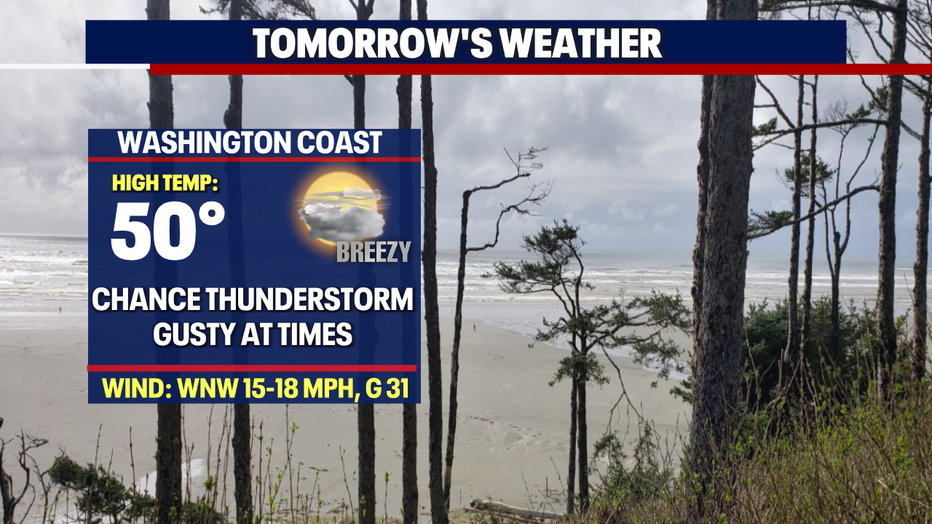 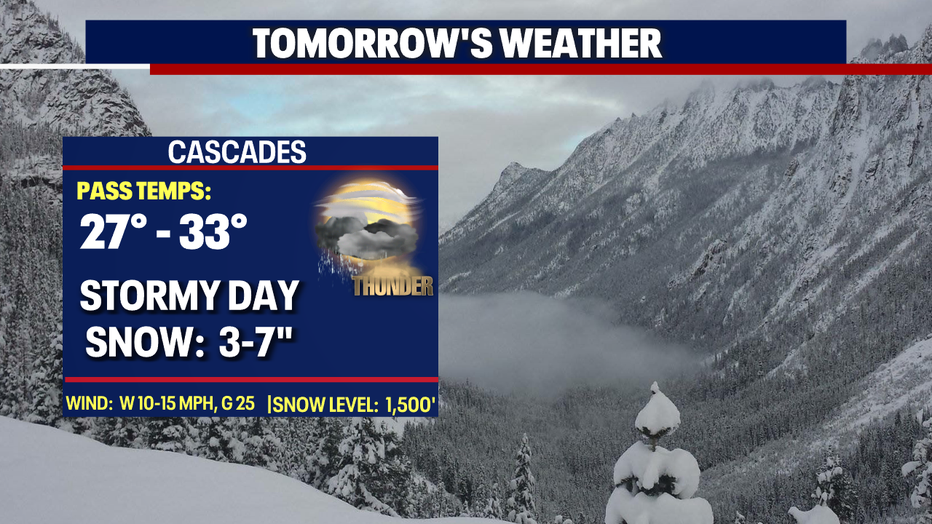 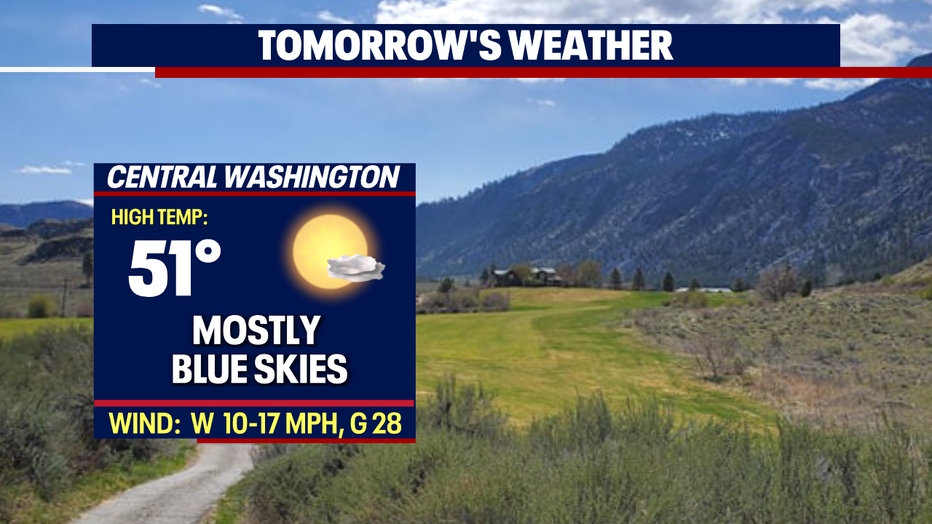