SEATTLE - November weekends don't get much better than what Mother Nature will be delivering this weekend around the region.

A beautiful Friday with a gorgeous mix of sun and clouds. High temps about the same as yesterday-- right around 50 degrees. A chance of some showers up north and along the north coast. 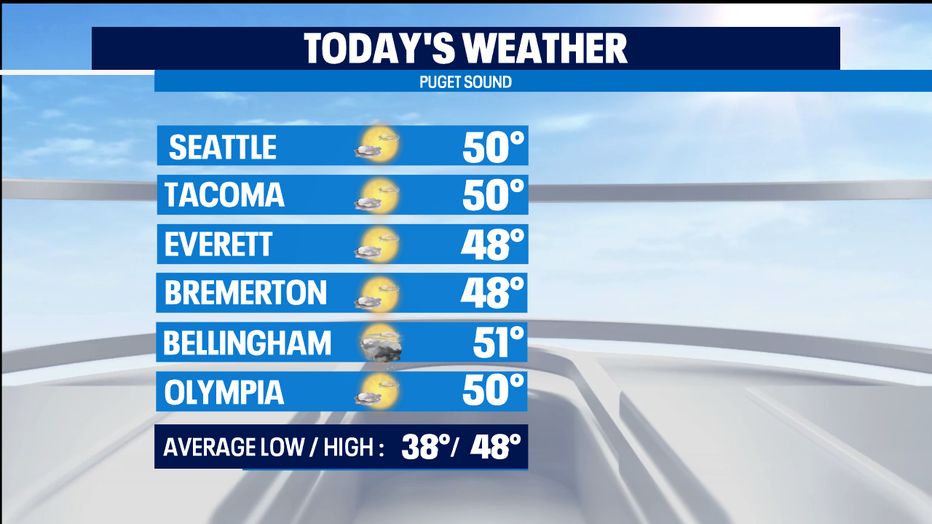 Tonight, we'll see a quick moving cold front bring in some steady rain for a few hours. It'll sweep from north to south well after dinner time into the wee hours of Saturday morning. 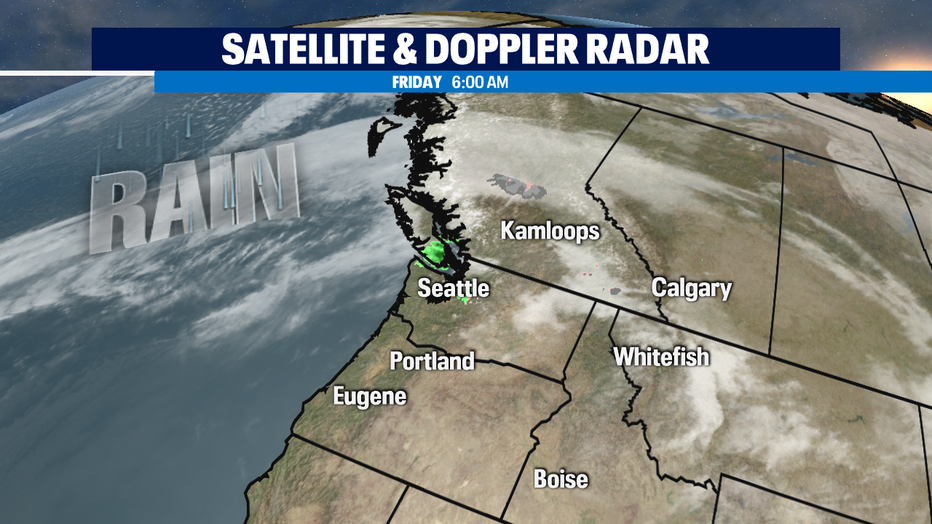 It'll drop a few inches of snow at our passes and resorts-- and the rest of Saturday looks to be dry with some clearing skies. Huskies game against Utah looks dry but chilly. We'll see some cold east winds late Saturday that could help keep Sunday morning fog at bay-- but very pleasant sky conditions and highs again near 50. November doesn't get much nicer than this for the Pacific NW. 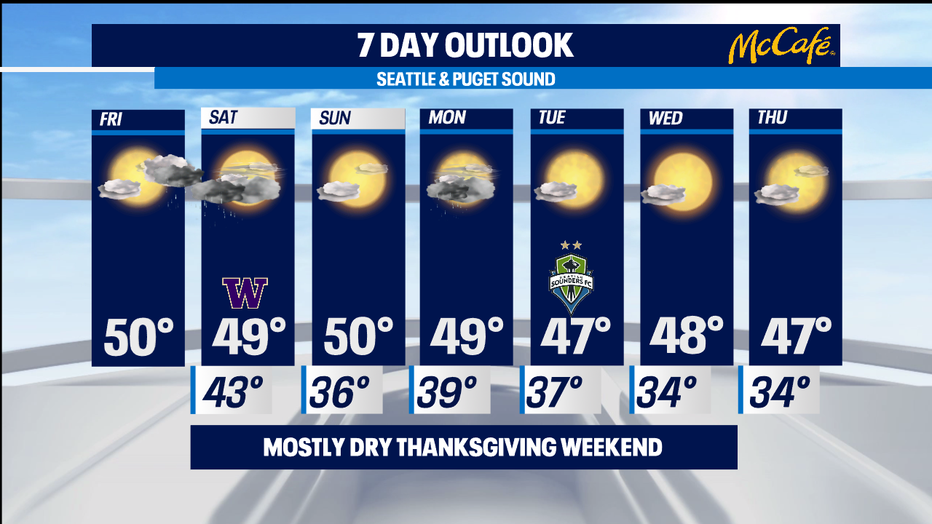 Monday could have a few showers, but the general trend next week looks like chilly and dry as we start out December. Back east, the Seahawks game in Philly looks soggy and will be getting cold as MNF gets going. It'll be interesting to see if rain changes to snow while they're on the gridiron. For us in Western WA, dense morning fog and frost will be something to watch out for in wind sheltered areas this coming week. But, overnight lows for most of the lowlands look like it'll end up being just a bit above freezing. Tuesday evening's Sounders match against Dallas FC will be chilly. High temps will be 47 around 2p-- but by the time the match gets going we could be in the low 40s or upper 30s. -Tim Joyce