Seattle - Tonight, will be one of the coldest nights of the year! Overnight lows will plunge into the mid-20s allowing for icy roadways. Use caution and be on the lookout for black ice. 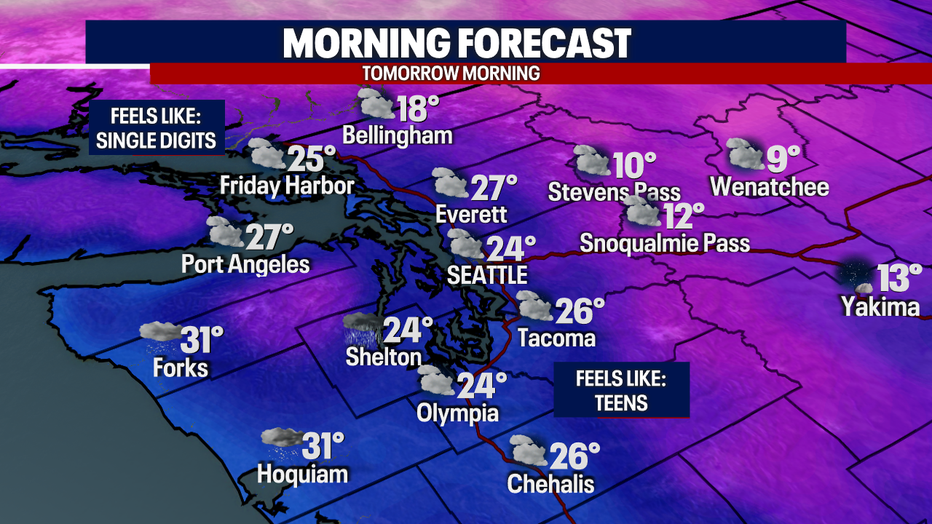 As the temperatures continue to fall, the wind chill values will drop! This is a look at what it'll feel like tomorrow morning: 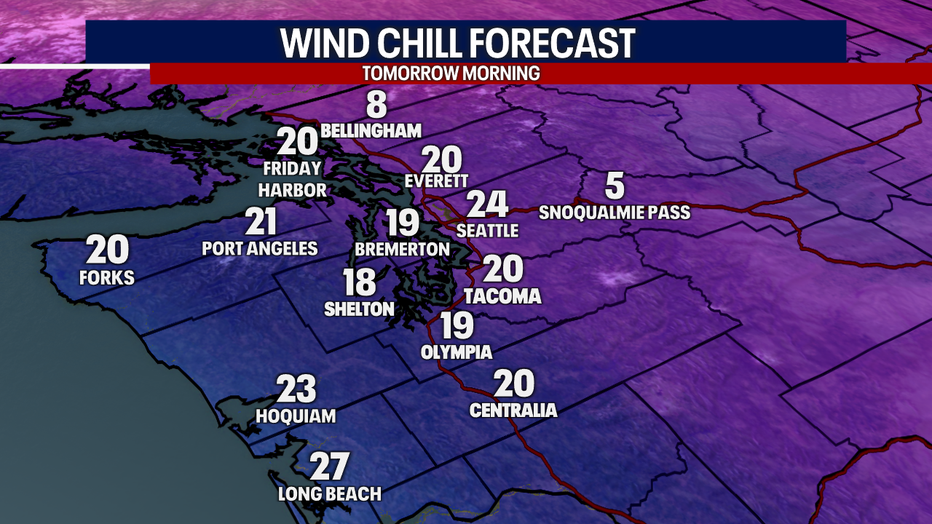 I wish that was all we were dealing with. The threat of freezing fog hit the forecast. Expect patchy freezing fog across the South Sound and the Chehalis valley tonight and tomorrow morning. 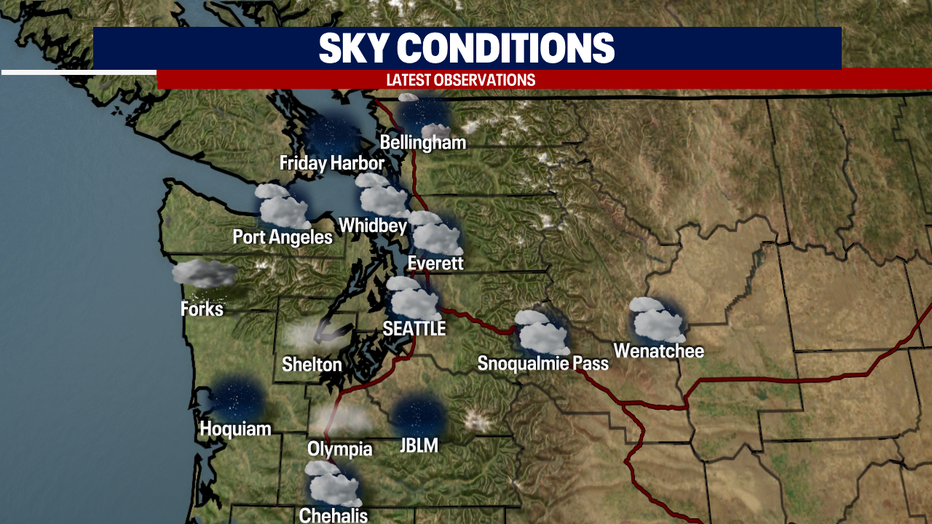 Now, let's break down the rain/snow mix we're expecting tomorrow. In the morning it'll be fairly quiet - for most of us. Watch out for the Olympics and surrounding areas (especially the East side). That will be the sweet spot for most of the snow accumulation.

Here is a look at our in-house model at 7am: 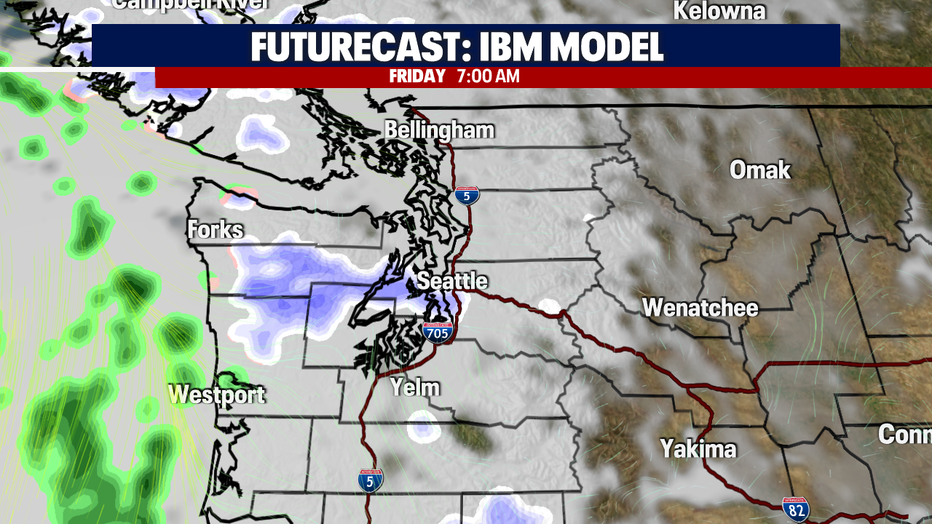 It'll be mainly dry during lunchtime under cloudy skies! Here is a look at the 12pm forecast: 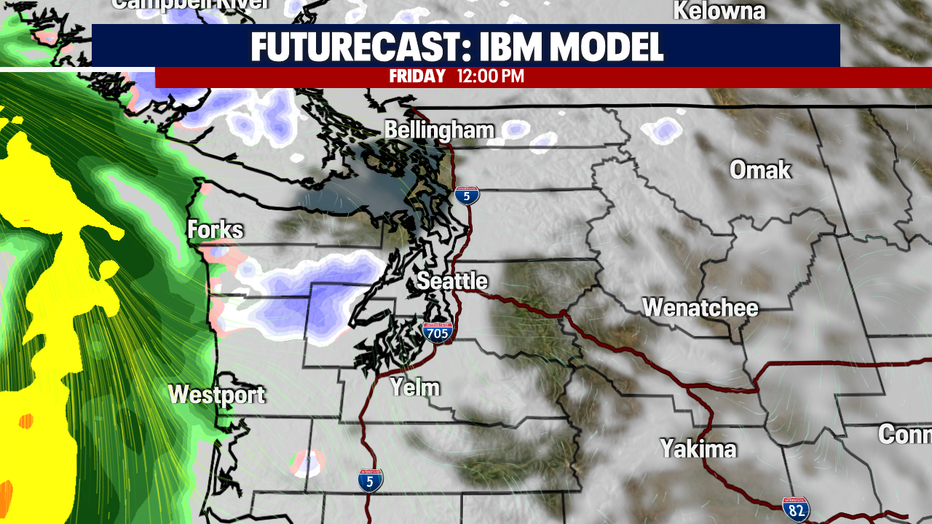 Now, this is where it picks up. A low-pressure system will allow for rain/snow chances to increase around 5pm. Again, most of the action will take place around the Olympics. 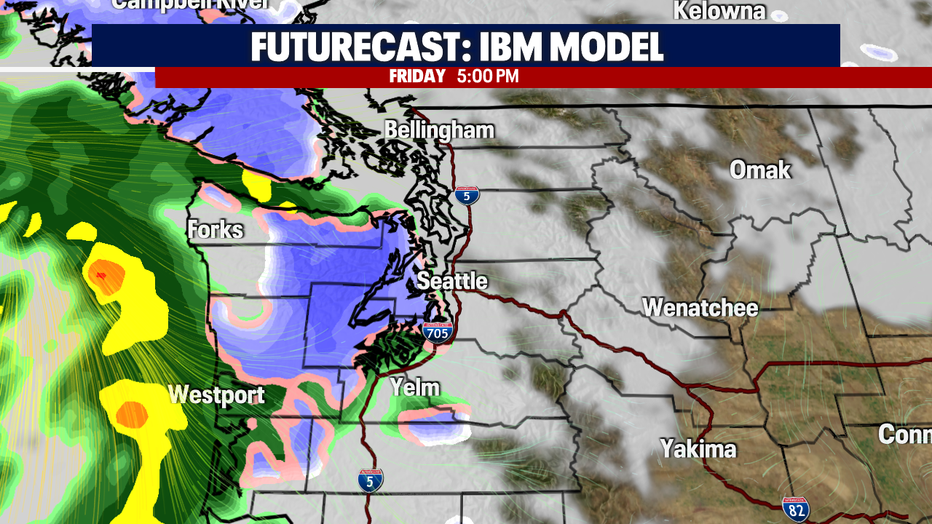 As we roll through the Friday night, the snow level will continue to drop. This could make for a very sloppy and slick commute! We'll be on the lookout for a winterly mix as a lot of people hit the roadways Friday evening. 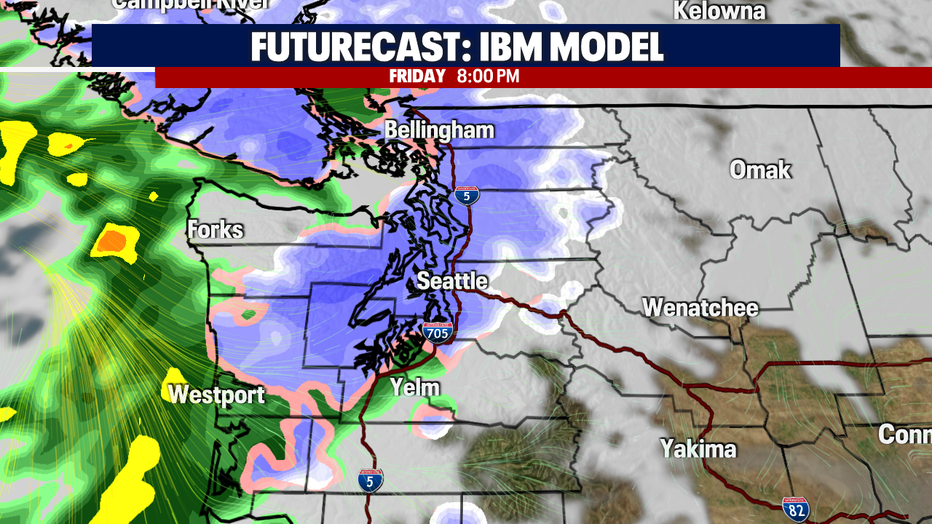 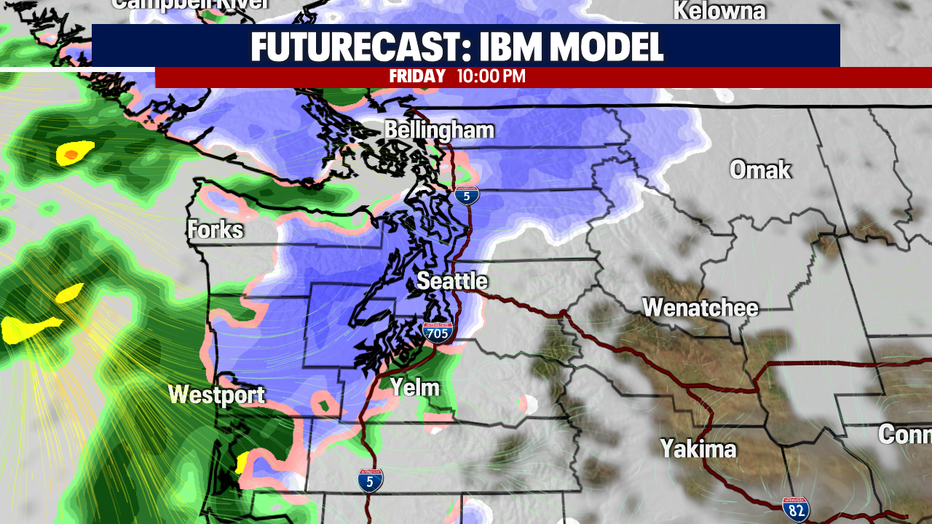 A *Winter Storm Warning* goes into effect tomorrow as the snow totals add up across the Olympics. That is where we're expecting between 12-26" of snow!

A *Winter Weather Advisory* will kick into gear tomorrow too. This will be for areas around the Hood Canal. That is where we can expect up to 8" of snow.

Here is a look at the alerts issued for tomorrow: 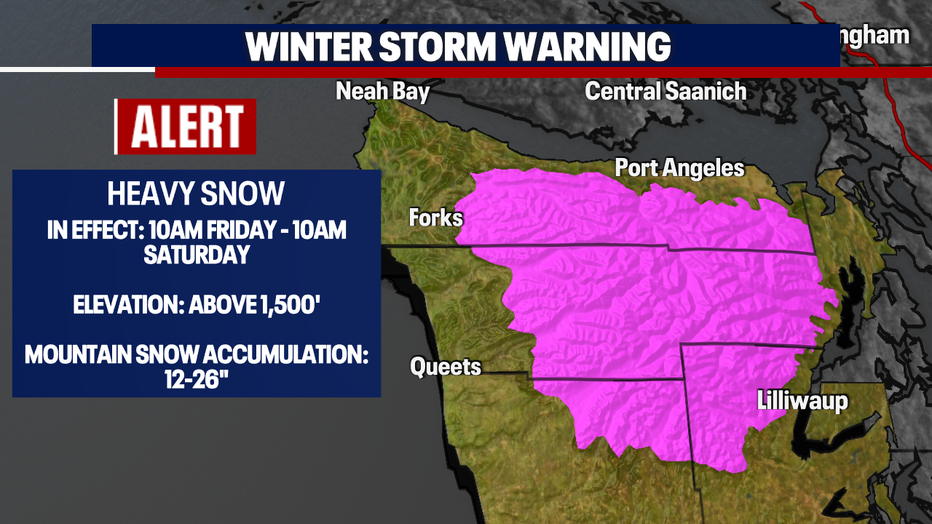 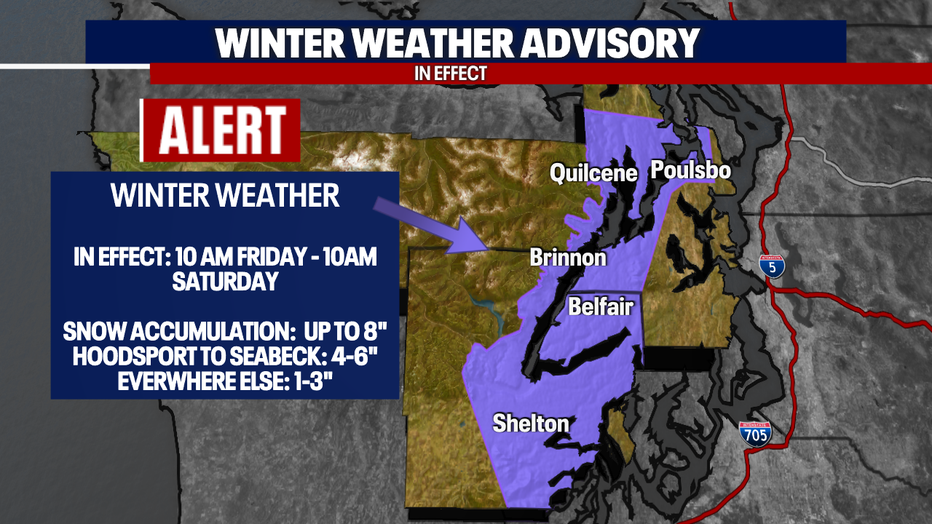 It's going to be freezing to kick off the day, and then we'll end it with a winterly mix. Stay cozy and use caution as I leave you with a look at your 7-day forecast. 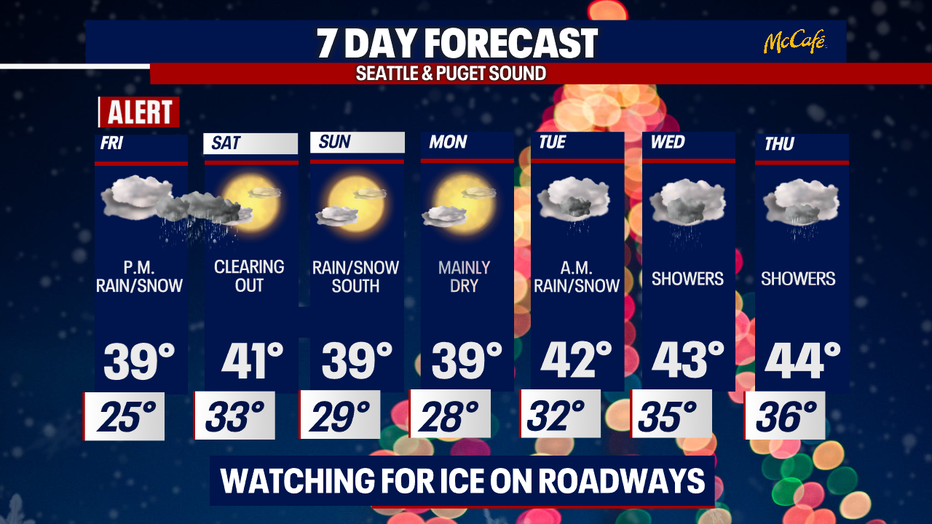