Sunny with partial clouds predicted for Thursday and a chance of showers for Friday.

Seattle - Skies clearing much quicker today than they did for us Tuesday.  Highs also landing right near average for the Seattle area at 78 with mid to upper 60s at the coast and through the Islands. We saw upper 70s to low 80s south of the metro.  Our normal seasonal high is now 77. 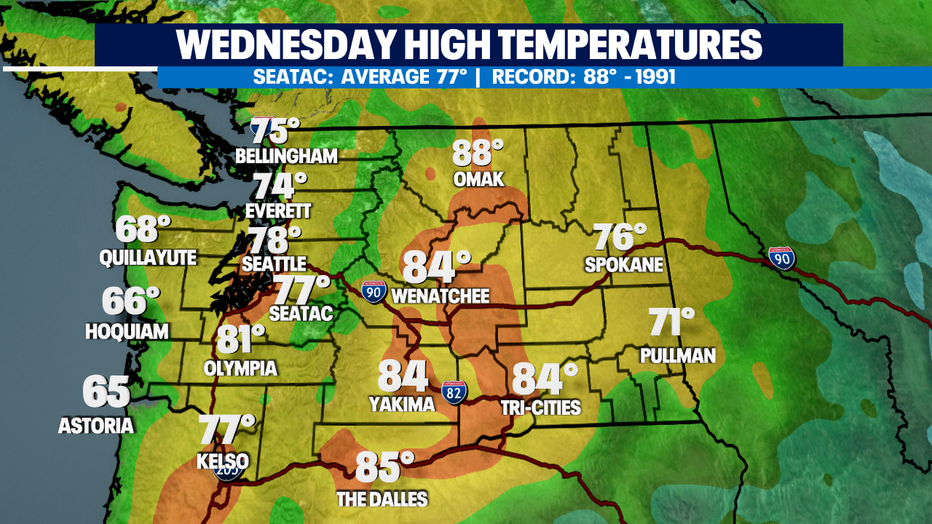 Tonight, temperatures will fall off into the mid 50s around Puget Sound under mostly clear skies.  The beaches will see clouds nudge the coastline all night and stick around for most of Thursday. We may even see a little drizzle too with breezy winds.  Highs only in the mid 60s for Ocean Shores.

Inland, highs slightly cooler in the mid 70s Thursday with Friday temps even colder in the upper 60s. Brr!  That's more like fall highs instead of end of summer warmth. 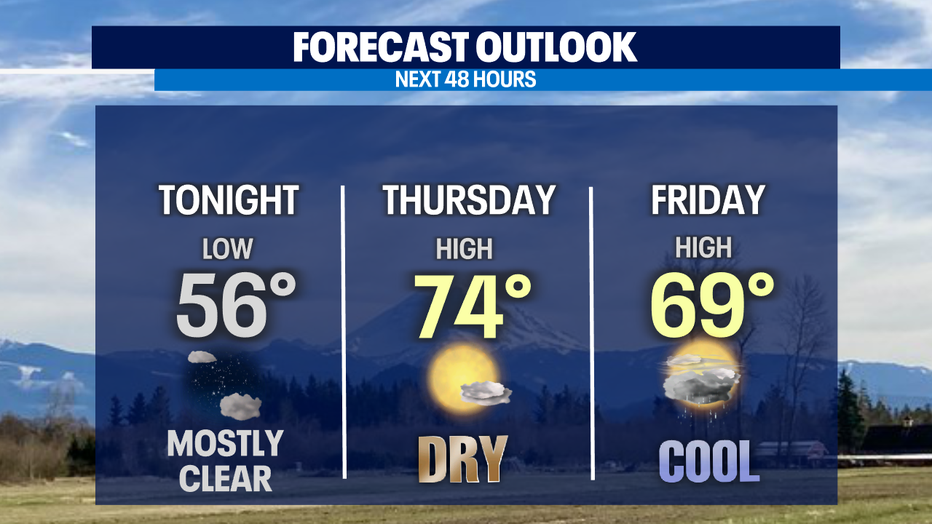 Our cooldown Friday courtesy of a weak upper-level trough dipping down into Western WA.  As the trough works its way through the region, we may see a few showers squeak out and possibly an isolated thunderstorm over the North Cascades.  Showers may linger in the mountains through Saturday as the disturbance moves farther south before tracking east.

A weak ridge will move into the area by late afternoon helping to scour out any shower activity. 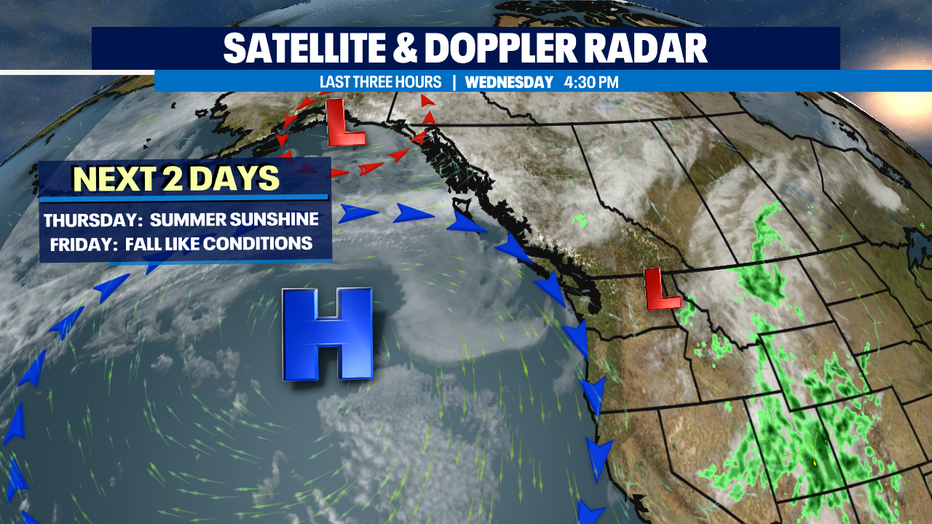 Most of Friday's light showers look to hang in Snohomish County.  And again, by late in the day they'll track south over the Cascades. We'll keep an eye on any convection in the atmosphere to see if a few thunderstorms do pop up. 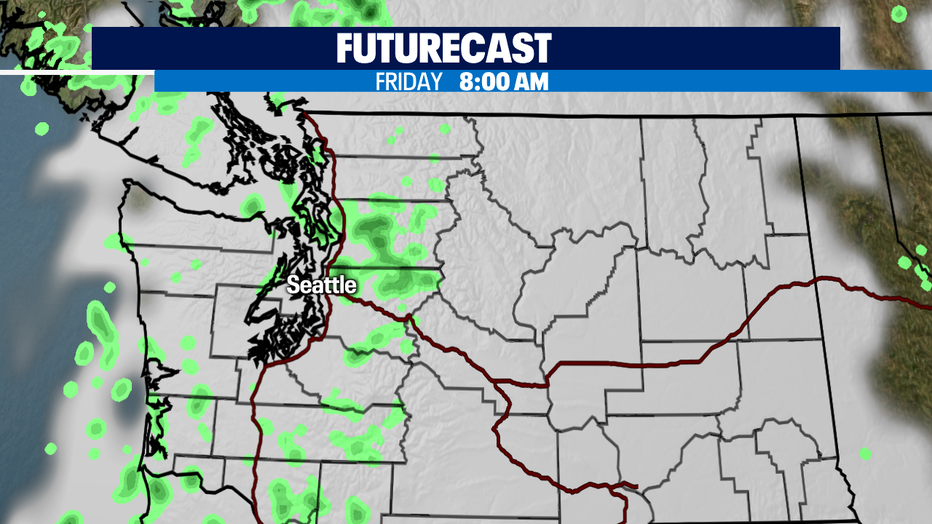 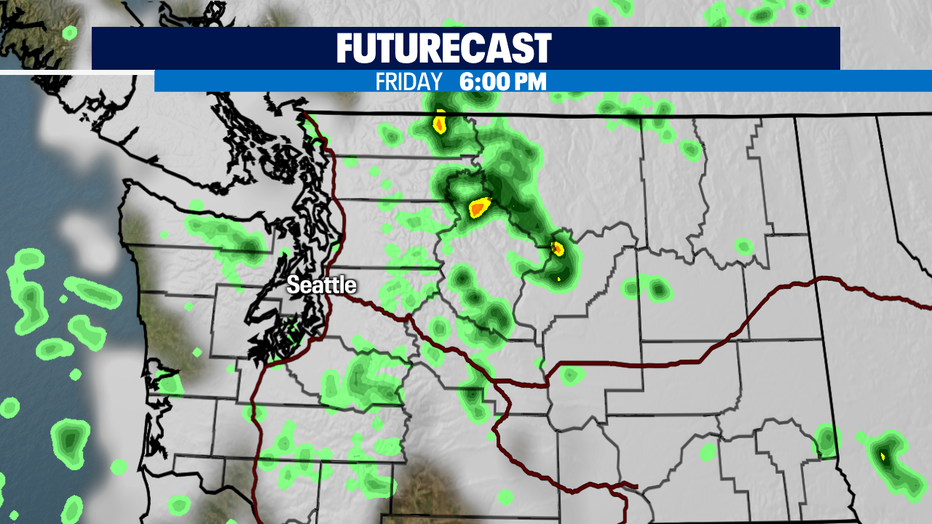 Wildfires still to threatening our beautiful landscape in Eastern WA.  Air Quality around Chelan still at "Moderate" levels while farther south in the lower Columbia Basin air quality has degraded a bit into the "Unhealthy" zone as fires continue to burn torching the tender dry terrain.  Winds will remain out of the northwest and west for these areas so most of the smoke will stay east and not blow into Western WA. 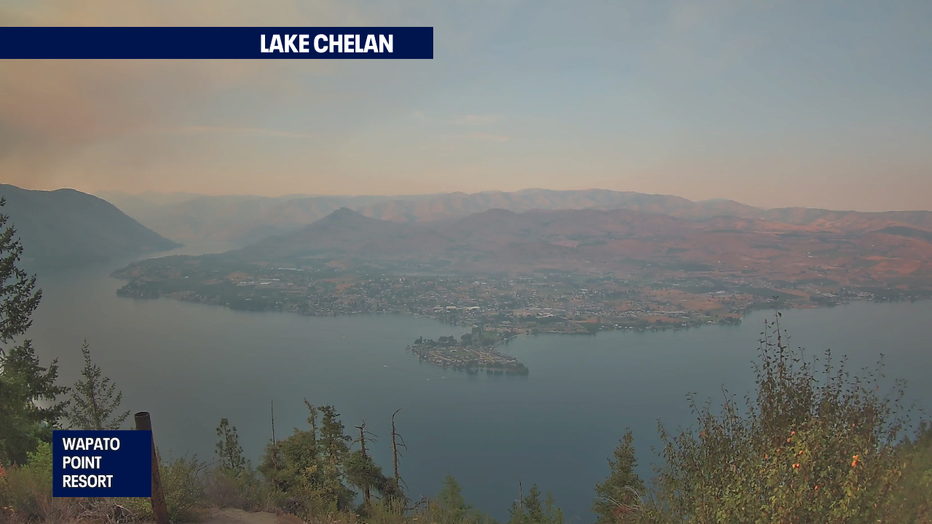 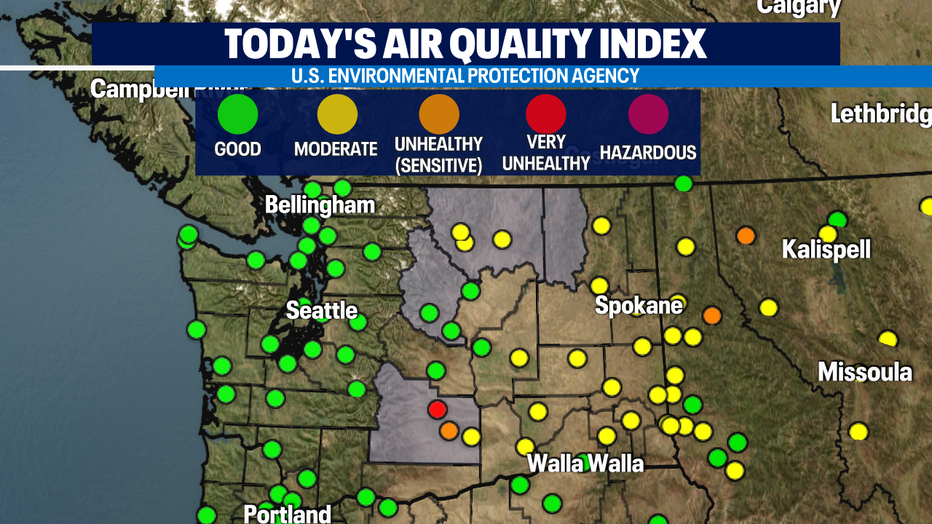 The weekend looks not bad.  We'll see partly sunny days with another small chance of showers Sunday, mainly to the north and over the mountains again.  Highs will live in the 70s before finding 80+ again mid-week!  Enjoy! 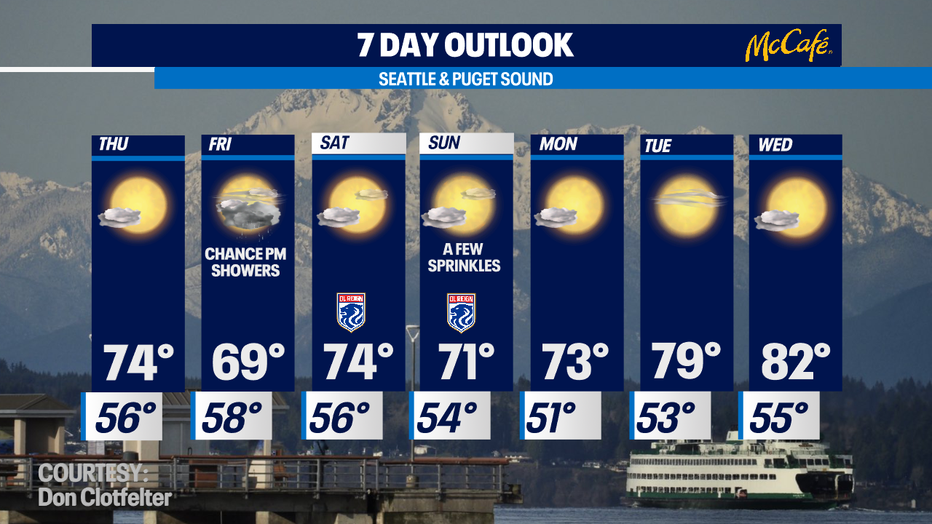 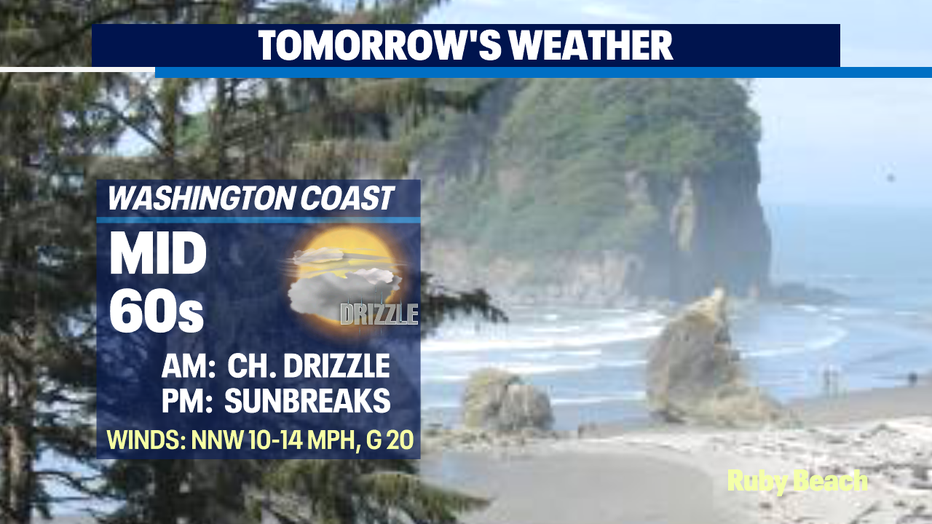 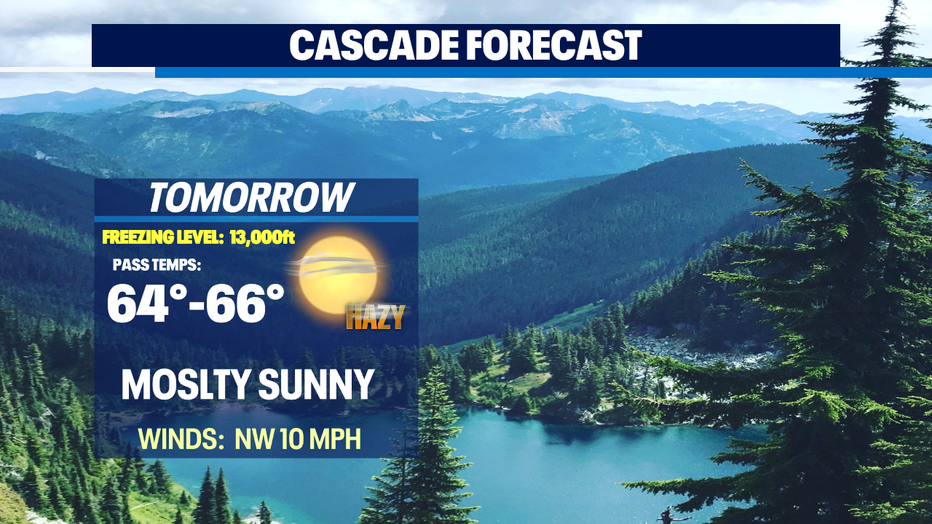 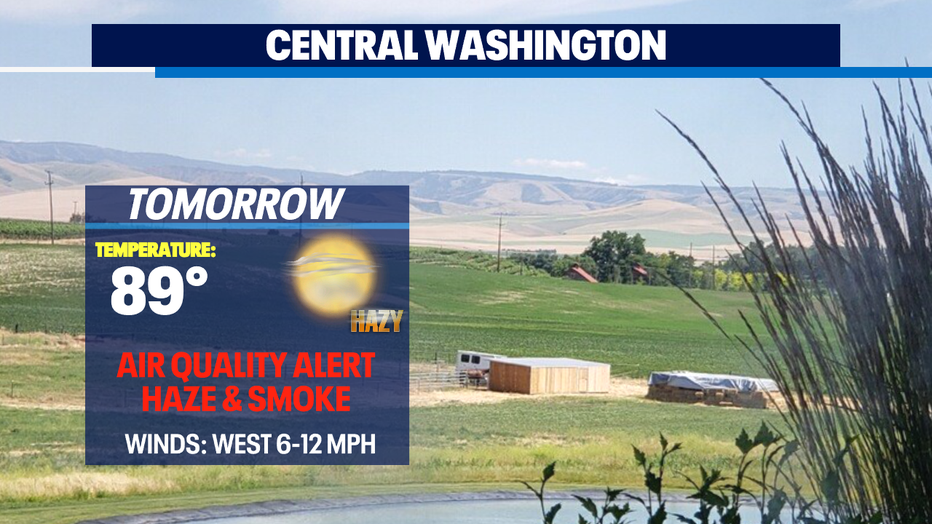