SEATTLE - Cloudier skies today thanks to a weather system just off our coast. High temps still a bit below the normal in the upper 40s. 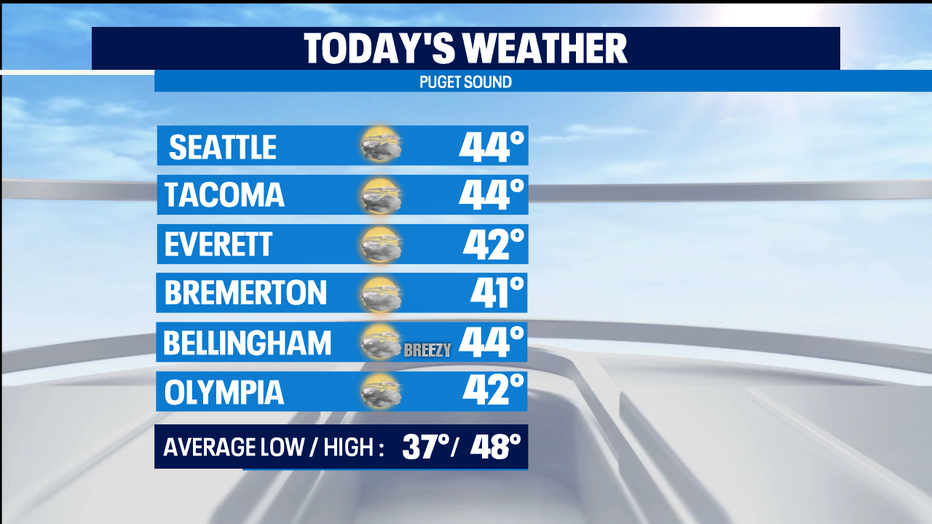 Tonight we start seeing moisture from that weather system offshore, working in from south to north--and for some of us that could end up being a bit of snow. With this kind of weather, we can see cold air not only in our mountains-- but also cold air can get trapped near Hood Canal. That's where of that precipitation starting as some sticking snow-- not a whole lot, but up to a couple inches in spots in eastern Mason Co., eastern parts of Jefferson Co., and the Kitsap Peninsula are under a Winter Weather Advisory starting tonight at 6p and going until 6a. More significant accumulations on the eastern slopes of the Cascades. 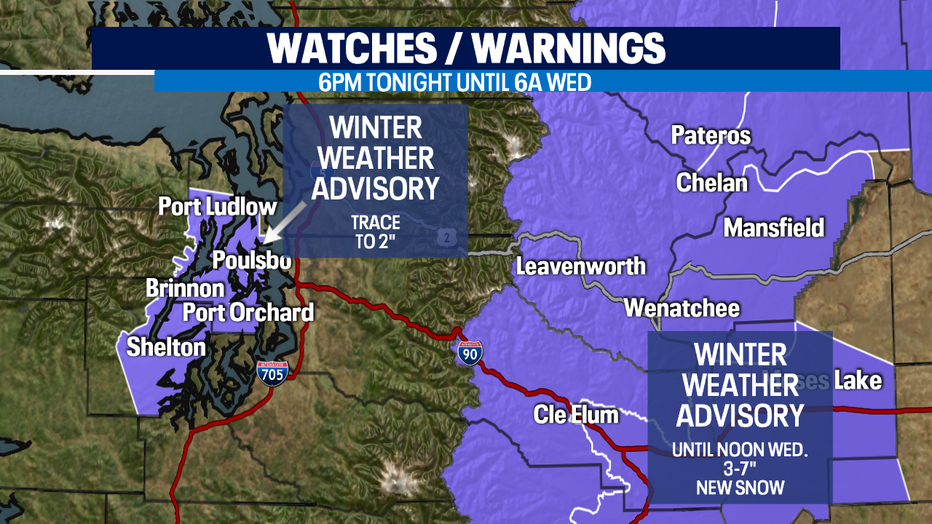 Most of this weather system is heading into Oregon and northern California, so once the first couple batches of moisture move through-- we'll actually dry out later in the day Wednesday and Thursday. Temps will still stay pretty chilly. 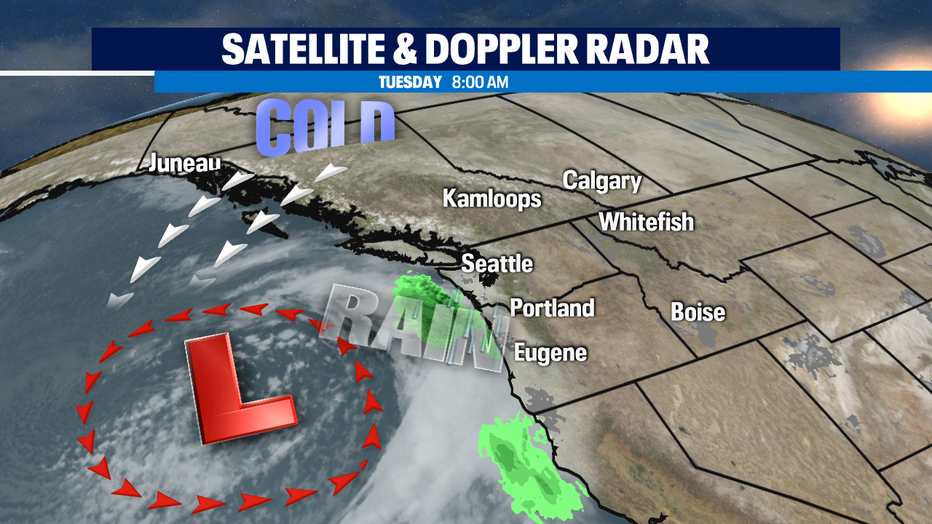 Our next weather system arrives late Friday. Due to the timing and this weather coming in from the south-- I expect this will arrive as rain and stay as all-rain for the lowlands. Mountains see quite a bit of snow. 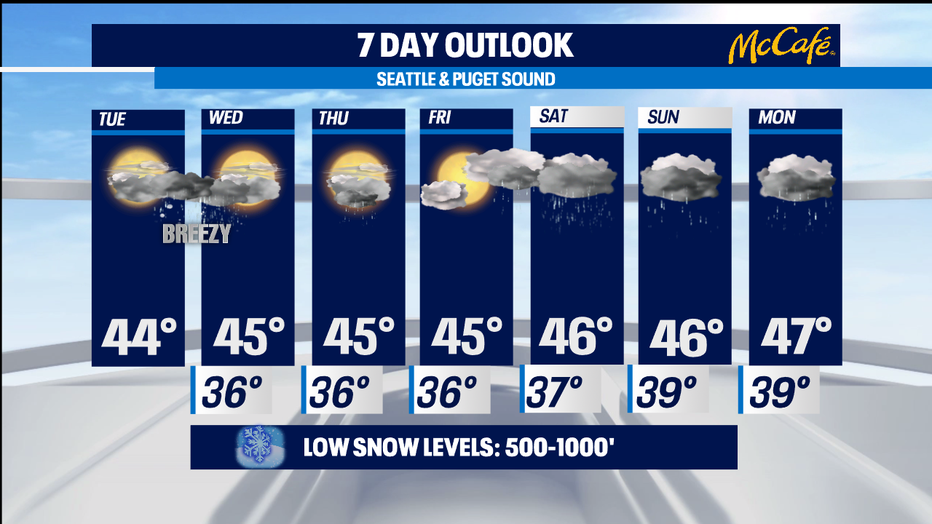 We'll end January on a soggy note with likely a little more than 8 inches of rain. Normal is 5.57" for the whole month. January 2021 will end up ranking about 15th record wettest. Last January had more than 9 inches of rain and ranked 7th. 53 days until spring, but who's counting? -Tim Joyce