Seattle - It's going to be cold with isolated showers and flurries tonight. Most of the area will be dry as temperatures continue to fluctuated between the mid-upper 30s. Here is a look at your morning forecast: 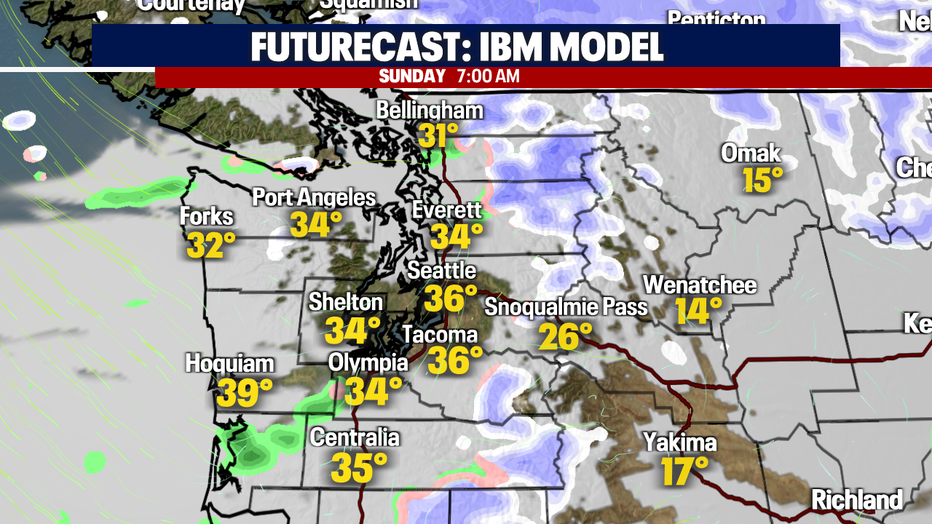 Tomorrow is hent he fun begins! Temperatures will be in the 30s for the majority of the day as the snow level drops due to an arctic cold front. This will increase our chances for lowland snow and gusty winds! Here is a look at tomorrow's high's: 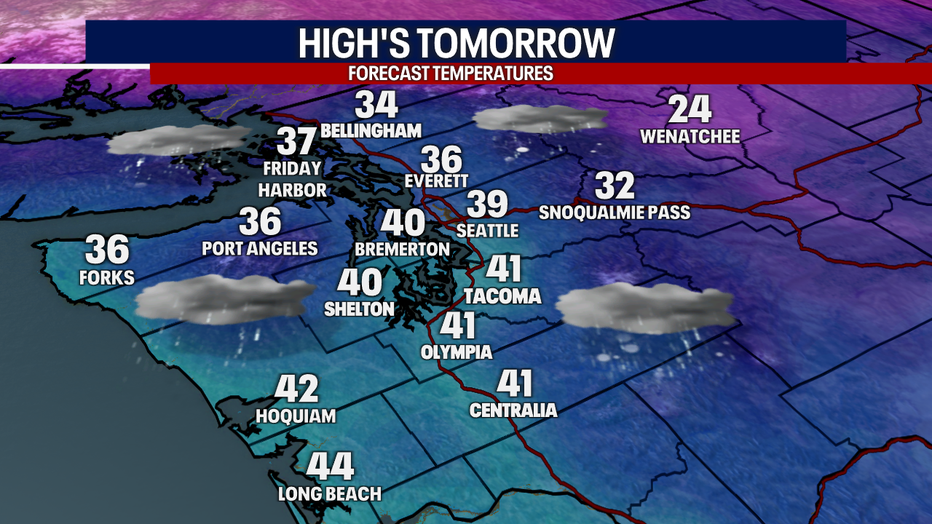 As we prepare for the changes in the forecast, a *Winter weather advisory* will be in effect for Whatcom County. The lowlands are expected the possibility of up to 3" of snow accumulation. This could make for tricky travel so be prepared for delays and slick roads!

A *Winter Weather Advisory* will remain in effect for those across the passes too. This is where we're expecting between 3-10" of snow accumulation. If you're traveling over I-90, East of the Cascades, use caution! Freezing rain has been reported, and a light accumulation could cause black ice.

Here is a look at the Winter Weather Advisories: 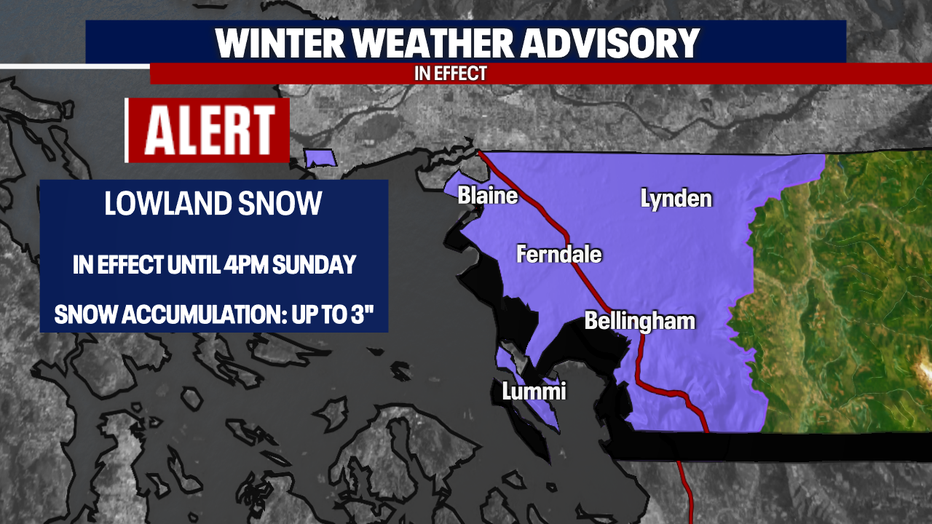 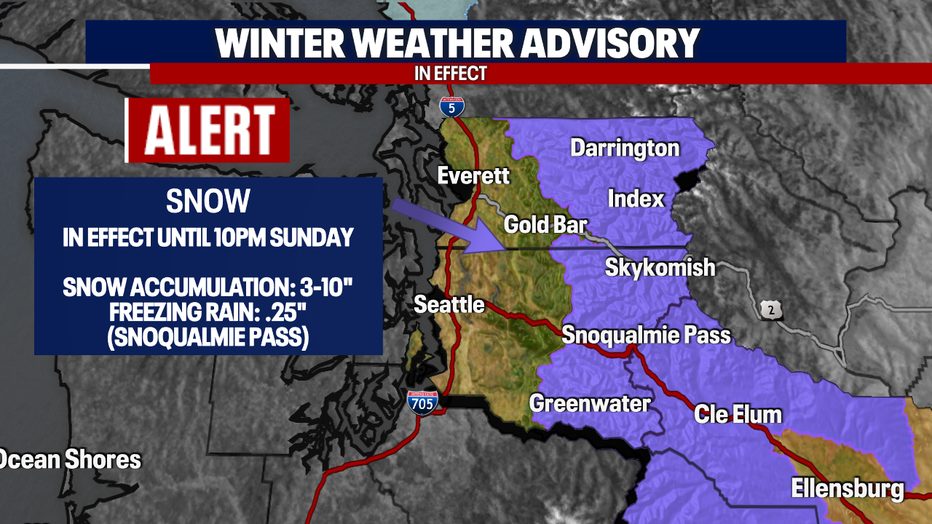 Now, let's time this out. As the cold front tracks south, lowland snow will get triggered and accumulate. Here is a look at the timeline: 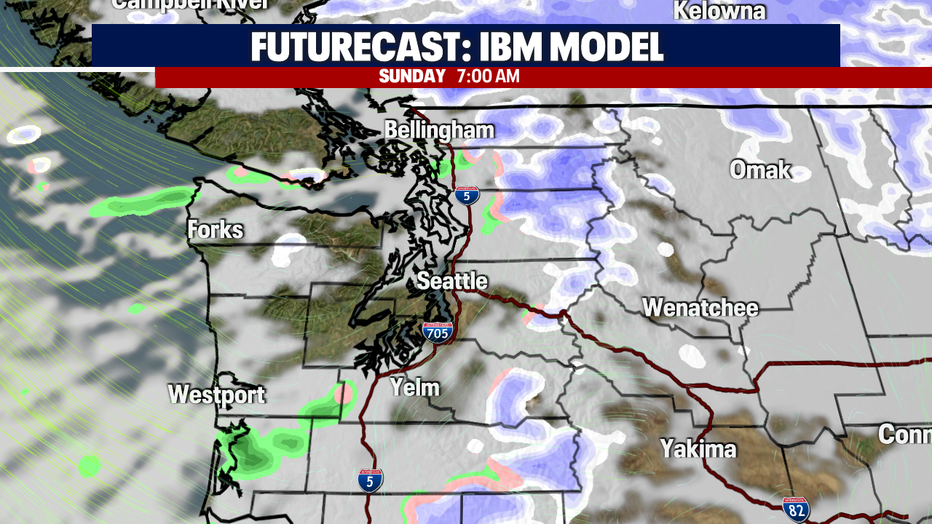 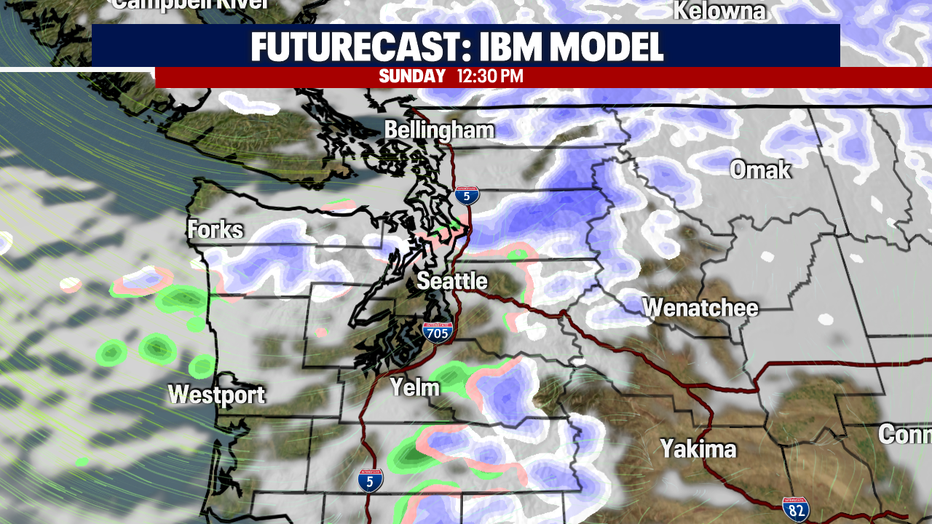 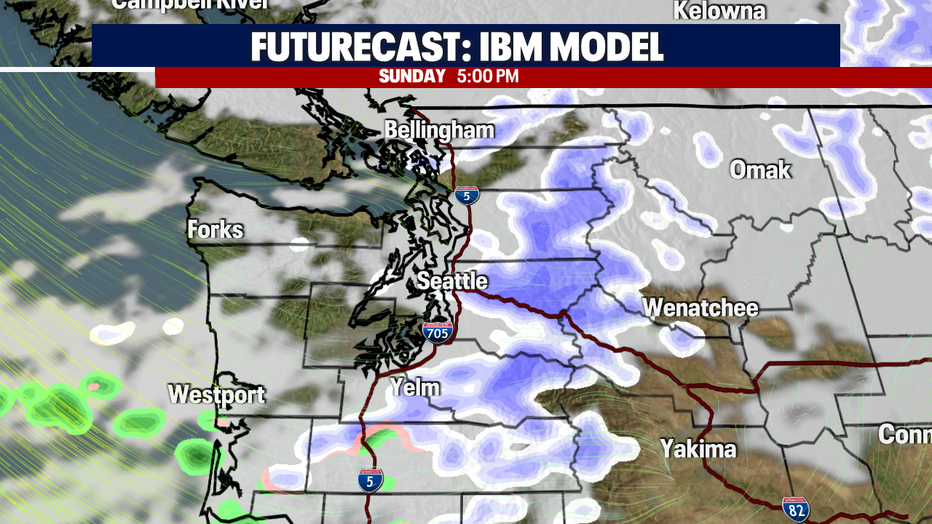 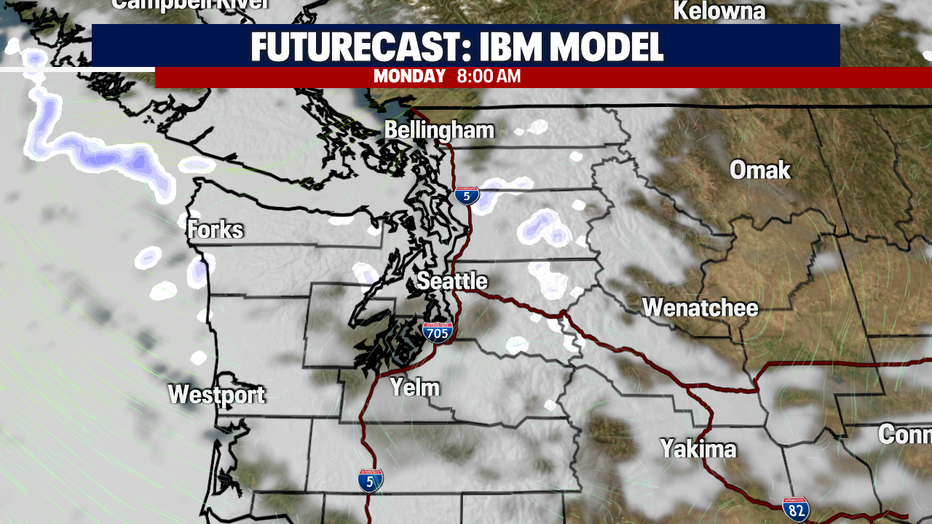 Best locations for snow accumulation will take place along I-5 from Seattle to Bellingham and along US 101 in Clallam county.  This is where we could see between 1-2" of accumulation with isolated areas up to 3".

On top of the lowland snow expected, the winds will crank up. A *Wind Chill Advisory and Wind Advisory* will go into effect tomorrow for parts of the North Sound. Whatcom County could experience wind chill values as low as -10 degrees! Here is a look at the advisories: 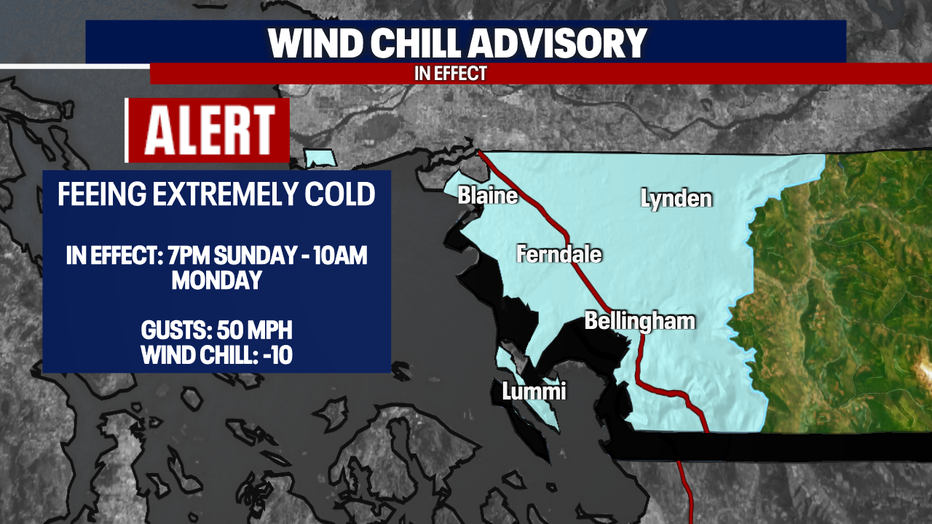 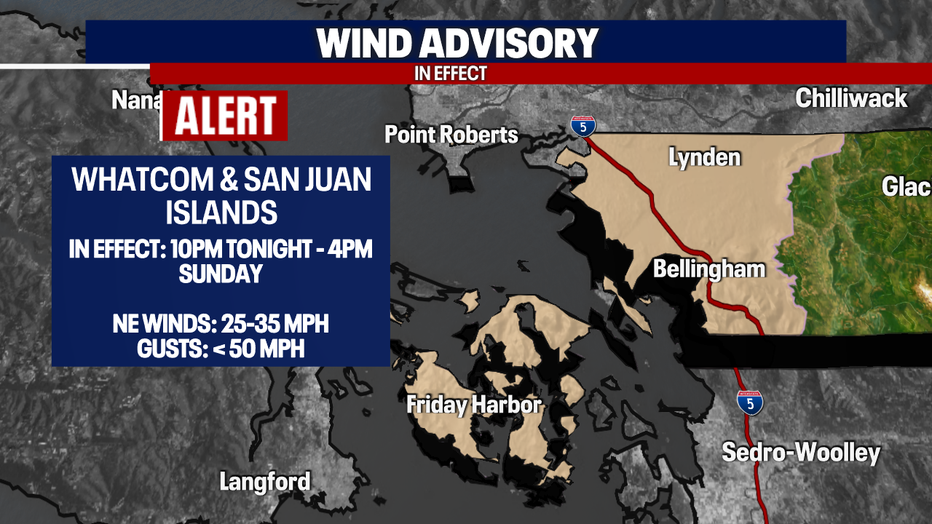 Wind chill value will have an impact on all of us as winds increase. Here is a look at the forecast Sunday night -Monday morning: 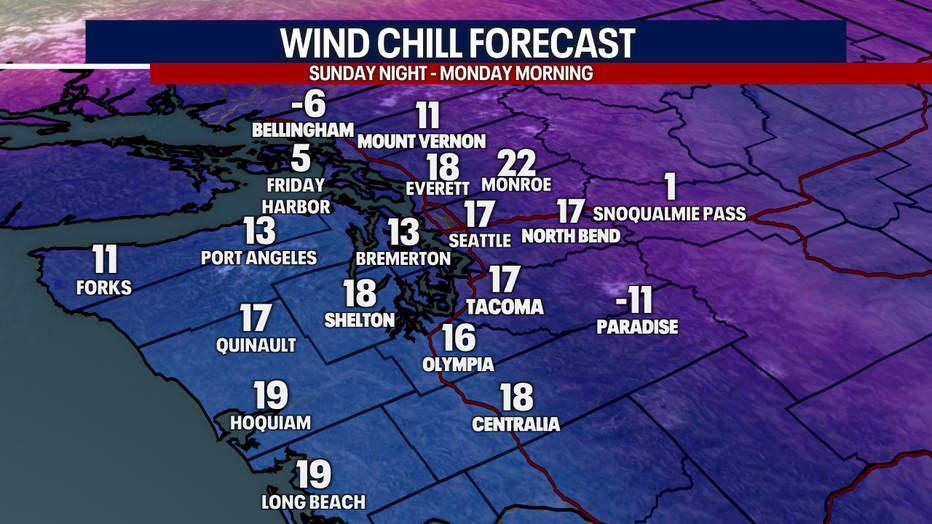 Another round of lowland snow/mix will be expected Monday night - Tuesday. Stay tuned for a detailed look at that forecast! 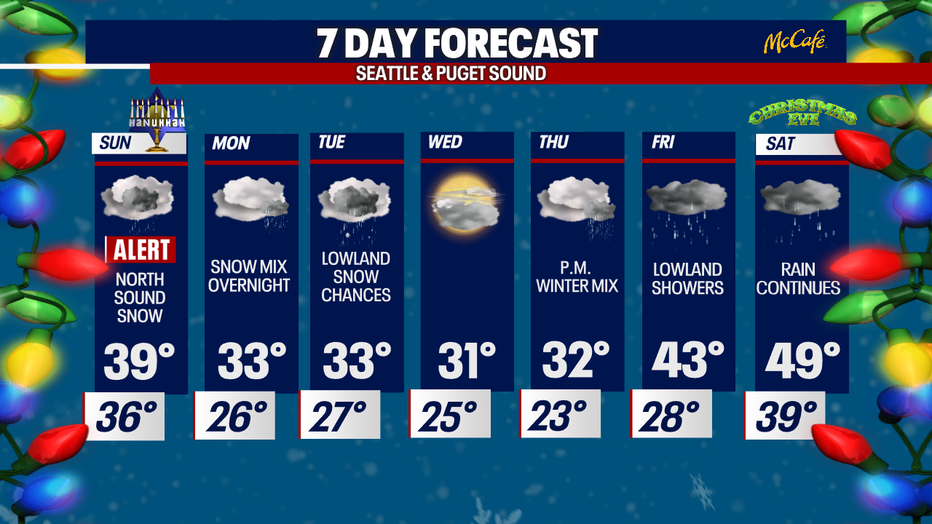