SEATTLE - Q13 News meteorologists are calling Thursday and Friday WEATHER ALERT DAYS because of the heat.  This will be from Seattle and Bremerton southward, and does not include the coast.

Temperatures will top out around 90 for Seattle, Tacoma, Bremerton and Olympia this afternoon and tomorrow.  There is a moderate risk for heat illnesses for people who are sensitive to heat, especially those without air conditioning, which is most of us. I think the main deal with this is that we'll be uncomfortable. Ugh! 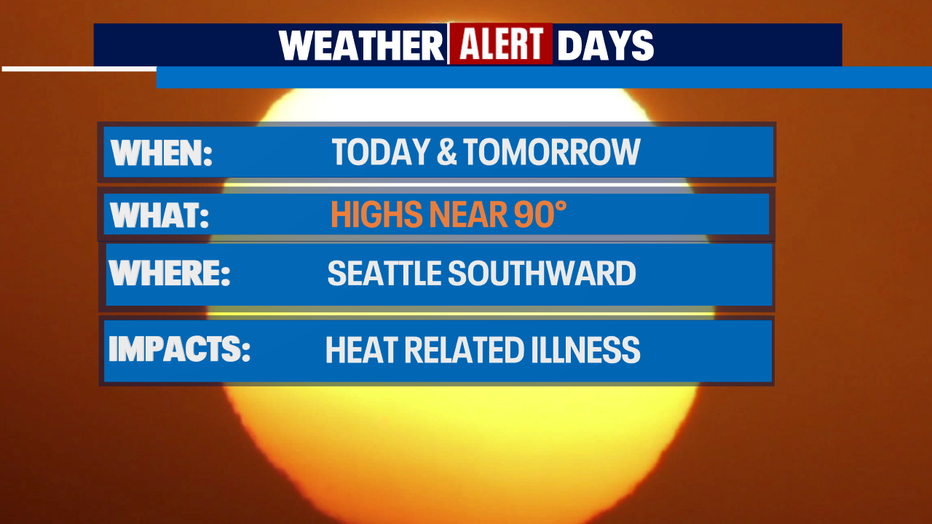 It's not surprising that we're hot today and tomorrow. This is the hottest time of the year climatologically. And, today is the anniversary of what was the hottest day ever at SeaTac Airport until this year. On July 29, 2009, we hit 103 degrees. Of course, on June 28 this year SeaTac hit 108. 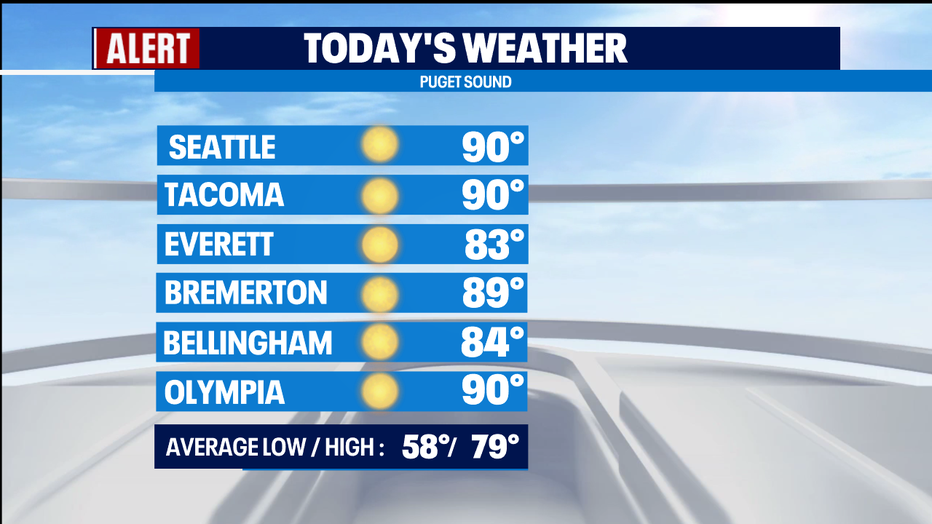 There is a HEAT ADVISORY for all of Central and Eastern Washington today through Saturday for temps in the triple digits.  This includes portions of Southwest Washington, including Kelso, and the Willamette Valley in Oregon, including Portland. 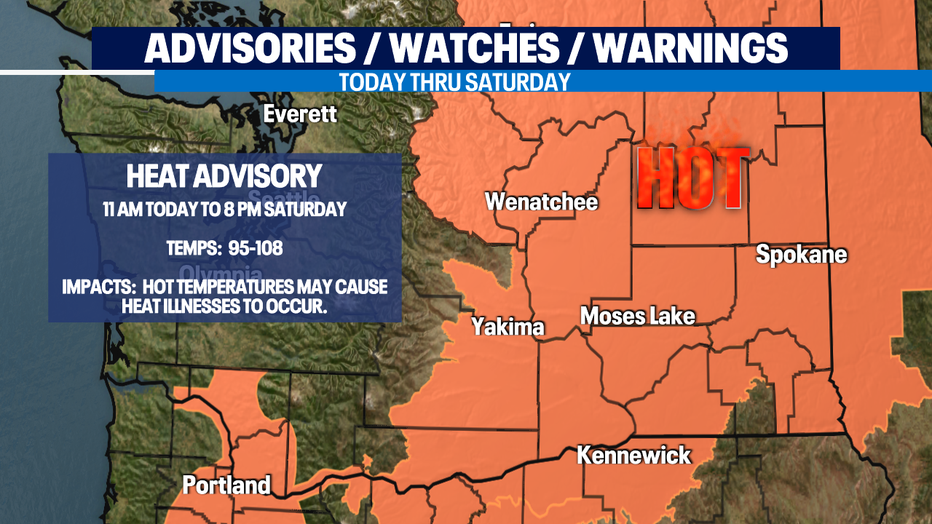 Fires continue to burn in Eastern Washington, especially in Okanogan County.  Smoke is causing "very unhealthy" air in the Winthrop area, where visibility is lousy due to the smoke.  The Air Quality Alert continues there - the area in gray on the map below. 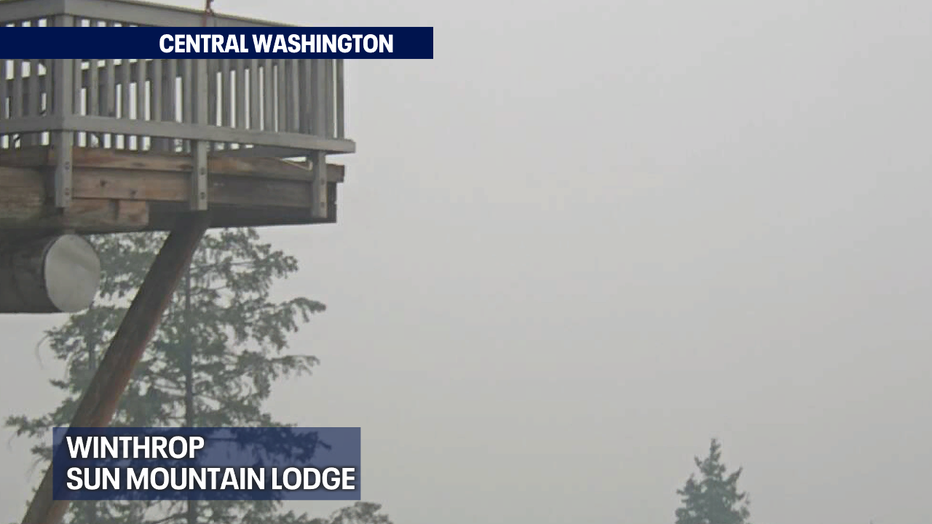 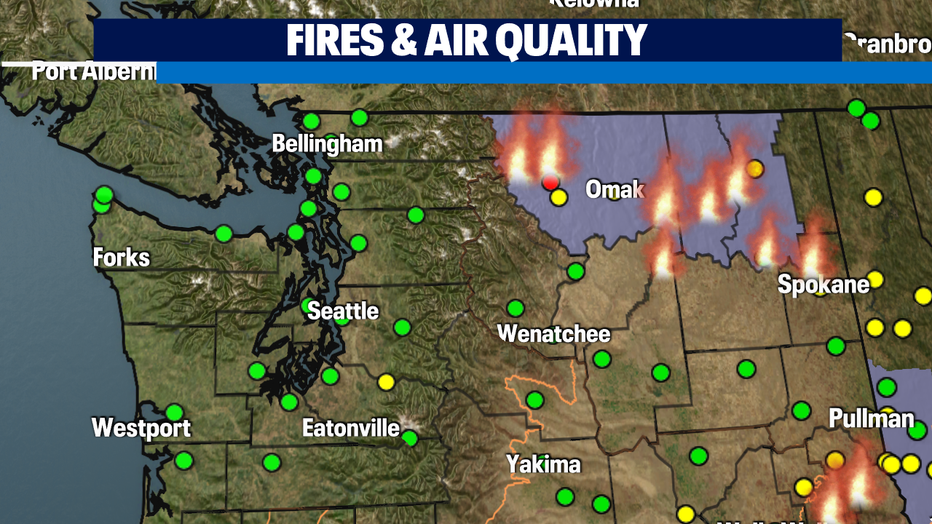 Saturday will also be a hot day, with sunny skies and highs in the upper 80s to near 90.

This uncomfortable heat will be broken on Sunday when we'll cool down and there is a SLIGHT chance of a little rain - mainly in the mountains, but some rain could waft down into the lowlands -- fingers crossed!

Next week we'll see more sun and dry weather, and it'll be near normal temp-wise again - topping out around 80. 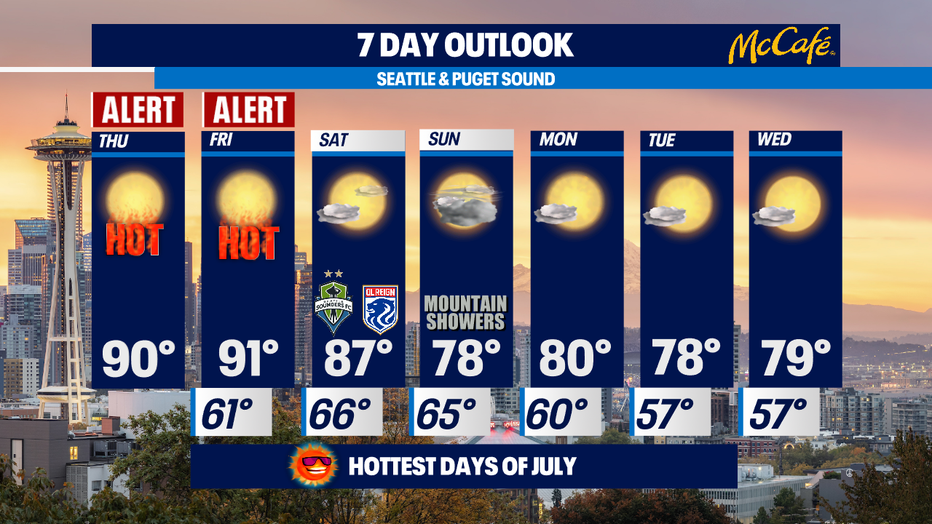 With sunny skies and highs around 90, it's a Panting Tongue Day for the Pet Walk Forecast.  It might be a little too hot to practice your circus skills outdoors, like Panda, the miniature horse, and the goats are doing! 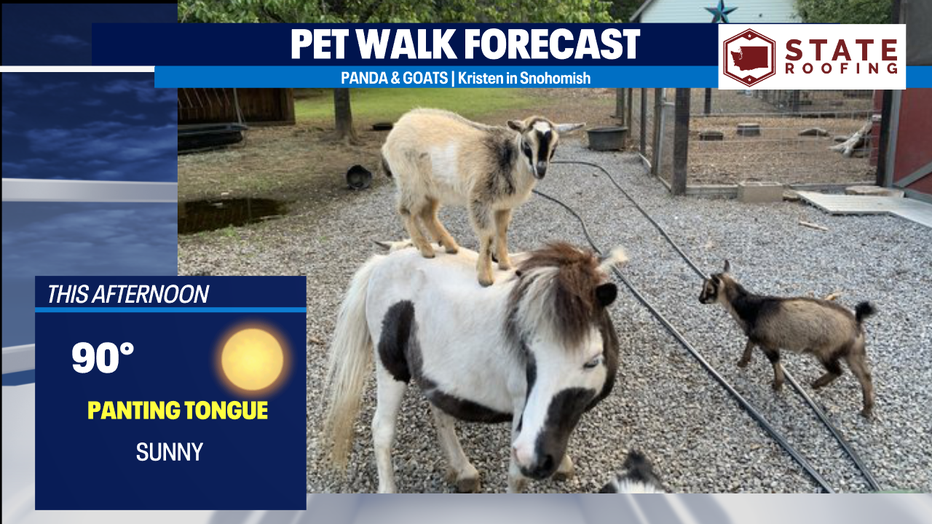