Seattle - Western Washington woke up to widespread light rain today. This will break up into on and off showers as we get into the afternoon. There is a slight chance of thunderstorms along the Washington coast this afternoon. Showers should wrap up later on tonight. Highs today around the Puget Sound area will top out in the upper 50s. 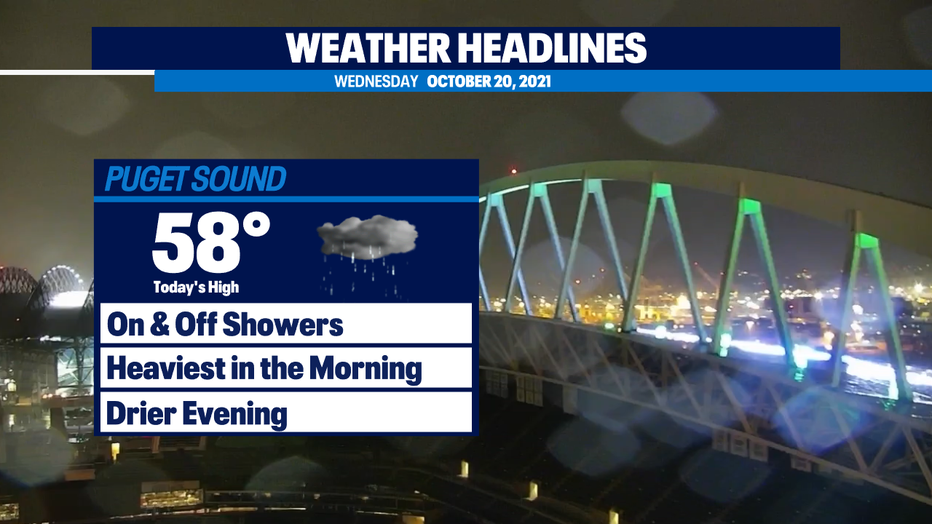 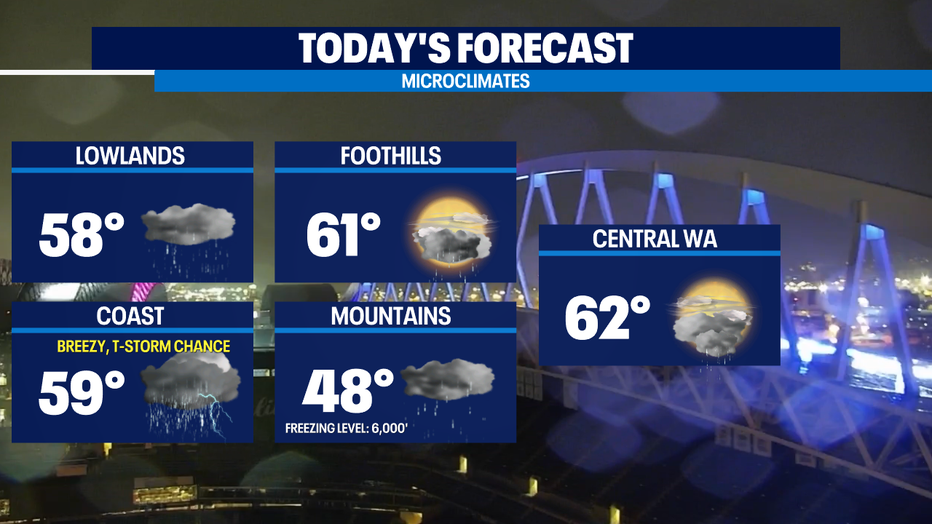 As we forecasted earlier in the week, a rapidly intensifying storm in the Pacific Ocean will stay far enough away from the Pacific Northwest that it won't have a big impact to Western Washington. For the Puget Sound area, expect a dry start to Thursday with breezy conditions and increasing rain by the evening commute. There will likely be high surf and gales over the coastal waters.

Three separate atmospheric river events will dump rain along the west coast over the next 7-10 days. The first two will hit drought stricken California and southern Oregon. Models suggest we could see another round in the middle of next week aimed more at northern Oregon. For now, it looks like Western Washington will be on the edge of this wet weather, so we won't see any extreme rain totals. However, expect a series of wet systems through the middle of next week and gradually cooler temperatures. 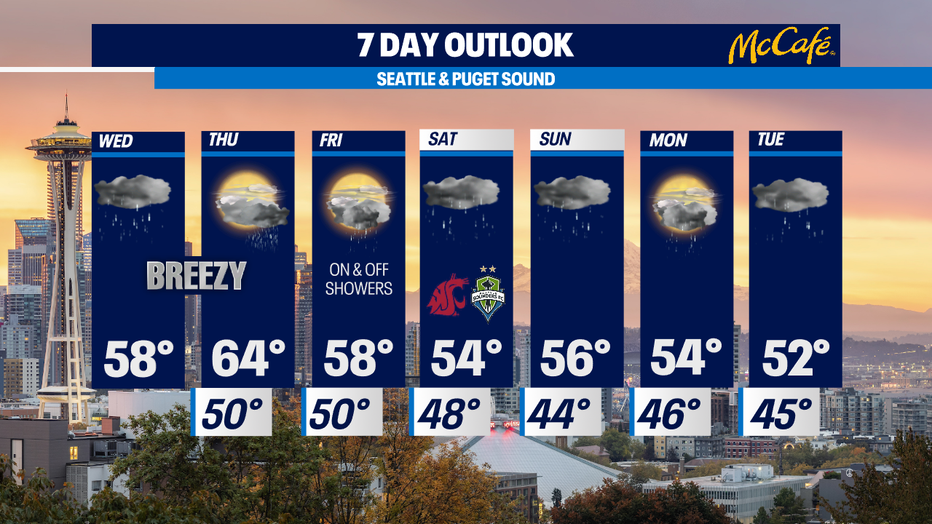 Speaking of wet weather… on this day 18 years ago, an atmospheric river brought Seattle its wettest day on record. Over FIVE inches of rain fell that Monday. No day in recorded history has come close! 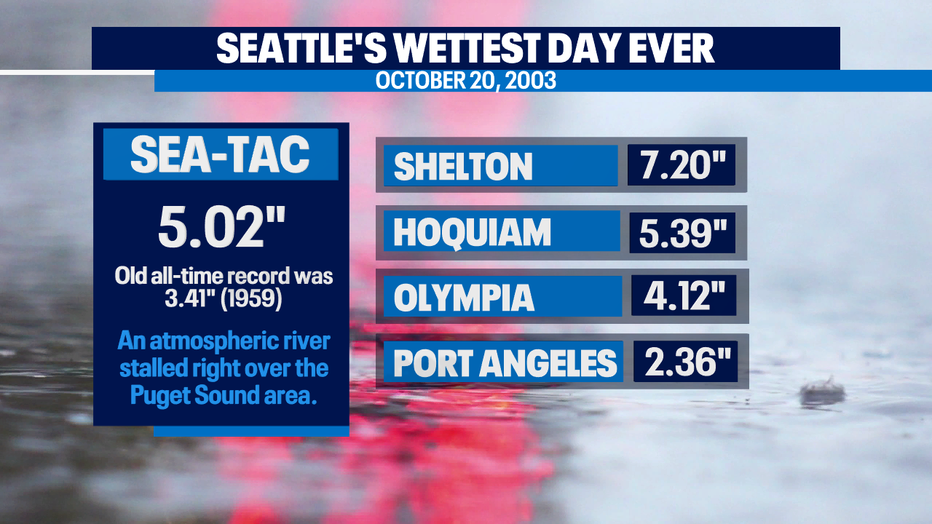 Captain is all ready for Halloween in his Captain America costume. His owner Kimberly may want to wipe off his paws after his morning walk. It's going to be a wet one today. 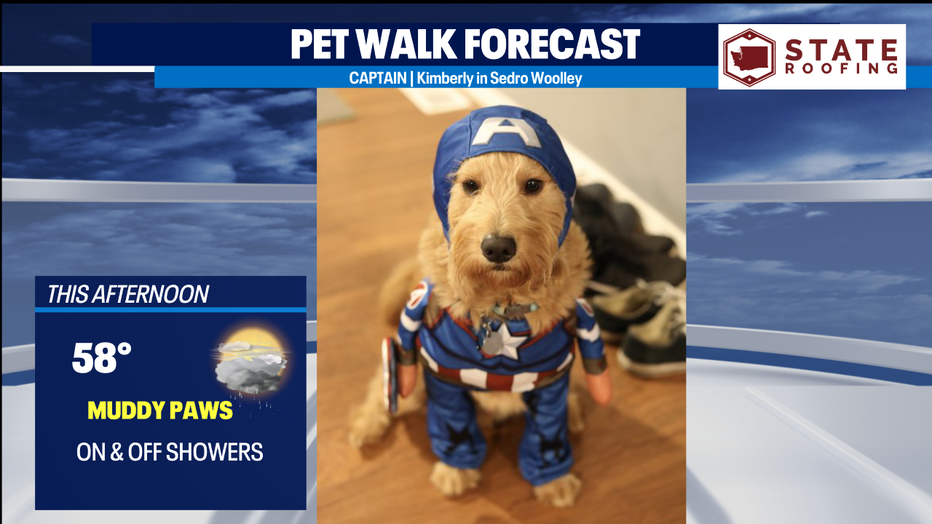