Temperatures will hit the low to mid 90s from Thursday-Saturday

Seattle - Another above average day across the region! High's landing in the 80s and 90s to 100 in Kelso and 101 for Vancouver.  And the heat will keep pumping as we close out the second week of August!  We expect the mercury to rise a few more degrees into the mid to upper 90s for the Central Sound Thursday and Friday. 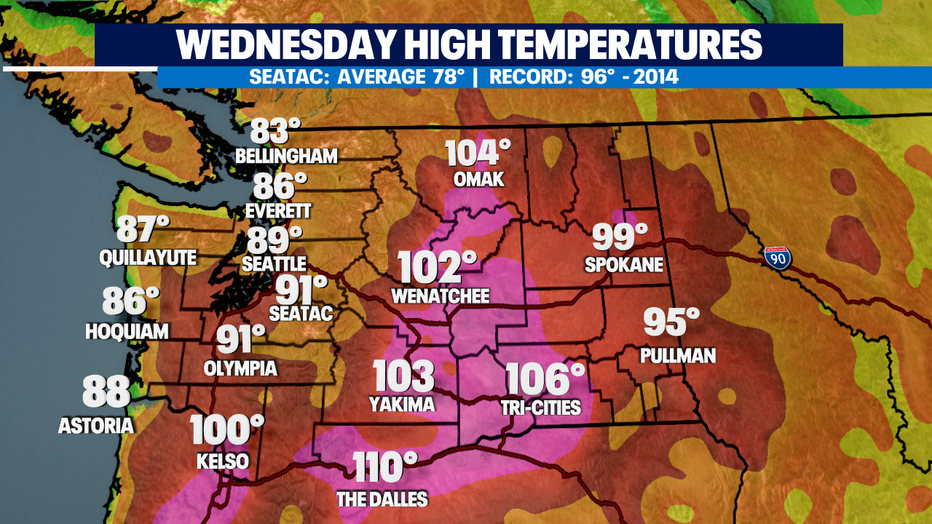 With highs almost 20 degrees above normal during the day our overnight lows will only cool into the mid to upper 60s.  Sleeping conditions might be a little tough for some the next few nights as temps won't cool down to our average of 58 for this time of year. 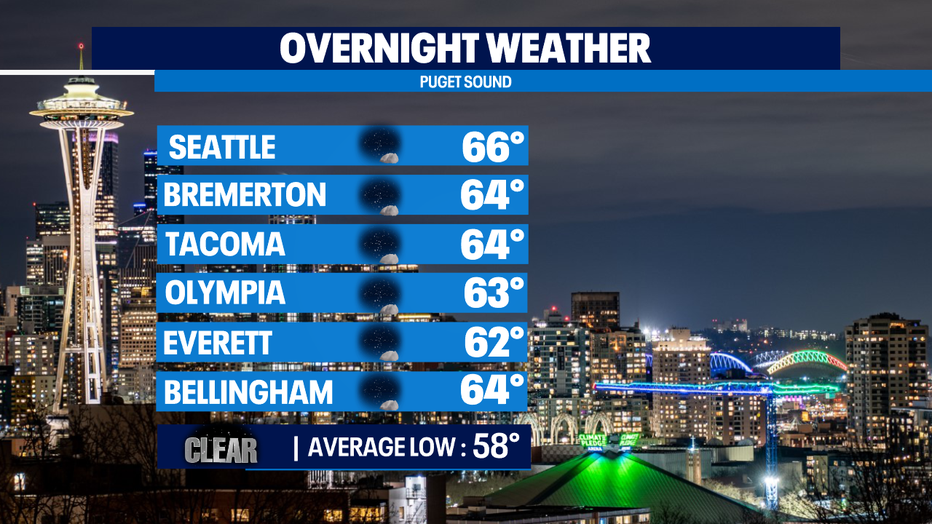 As the heat wave hangs with us we're calling two "Weather Alert" days as temperatures flirt near record highs Thursday and Friday.  Earlier in the week we forecast highs Friday near 100, but smoke from fires burning in Eastern WA will case highs to heat up as much with a layer of haze blanketing the region. 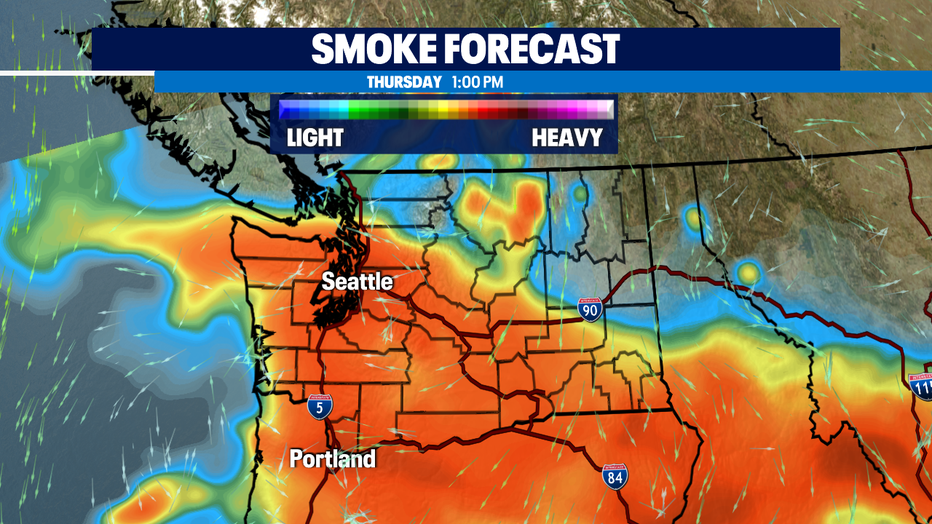 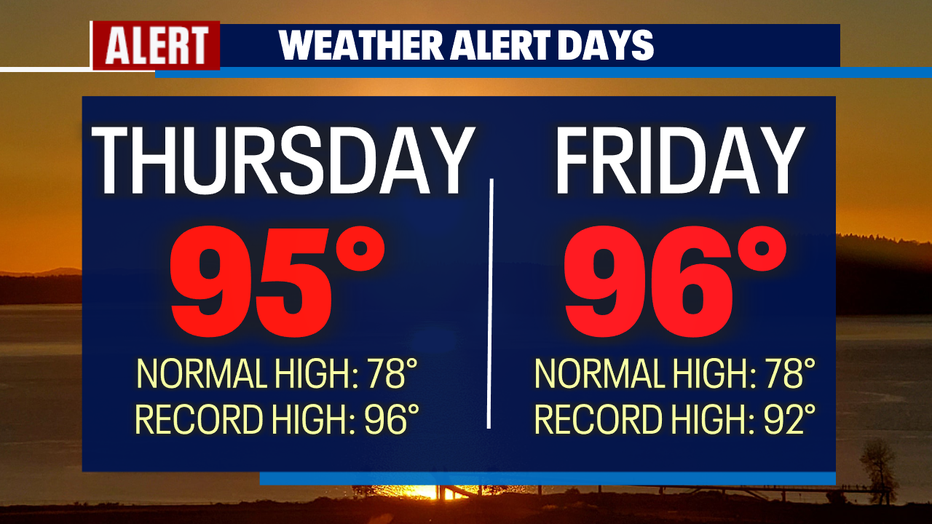 The "Excessive Heat Warning" remains in effect through 7pm Saturday for extreme heat and humidity which will increase the potential for heat related illnesses, particularly for those working or participating in outdoor activities. 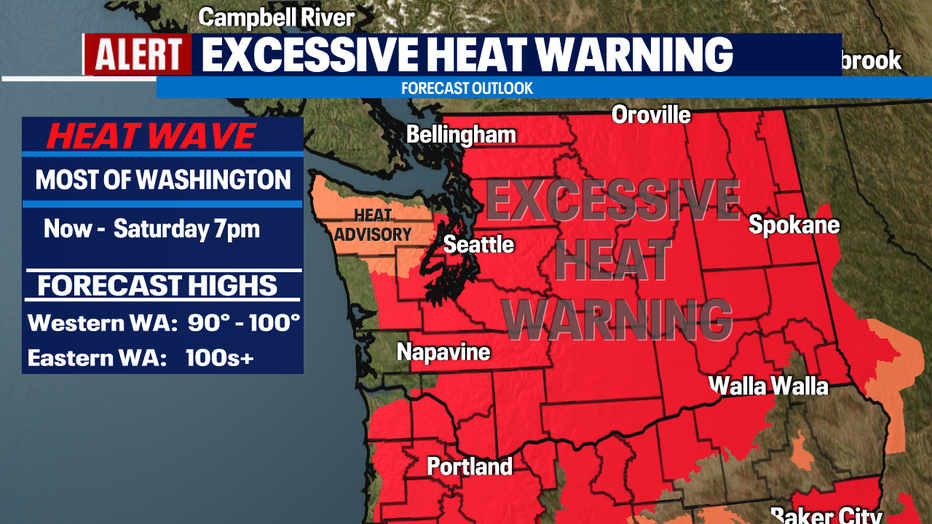 The cause of our heat wave, a strong ridge of high pressure tracking towards the Pacific Northwest.  Once the high centers over the state Friday it will slowly fall off to the south opening the door for a trough of low pressure to move closer to our area cooling us down. 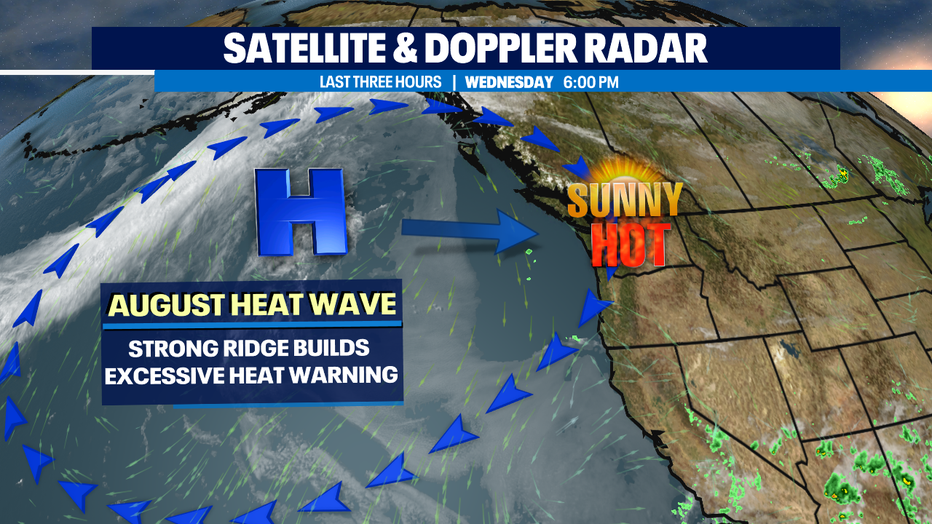 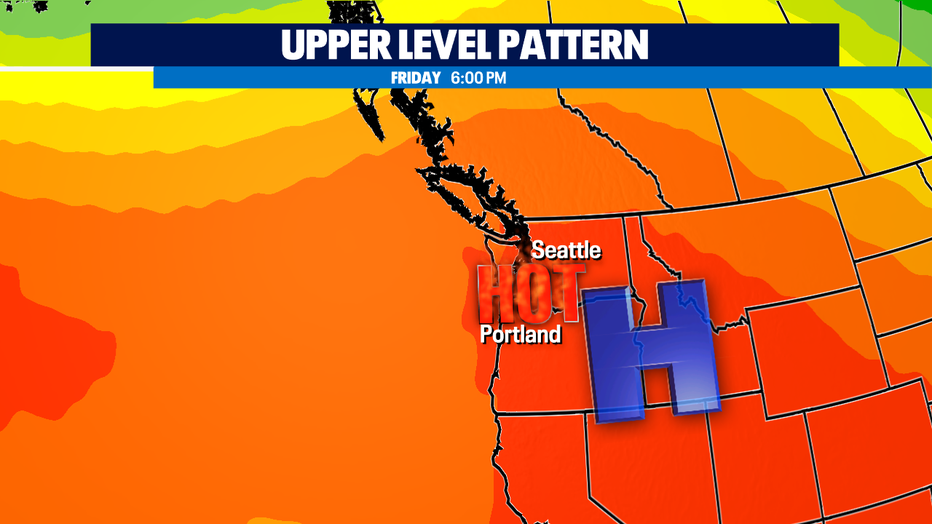 As we cool down there is a slight chance of a few showers dropping in from the northwest overnight Sunday into Monday.  Otherwise look for a little more cloud cover and highs dropping some 20 degrees Monday into the low 70s with the return to normal by mid week!

Stay hydrated and make sure to check on friends and family along with those furry friends during the heat wave!

Have a great night all!  ~Erin Mayovsky, Q13 Forecaster 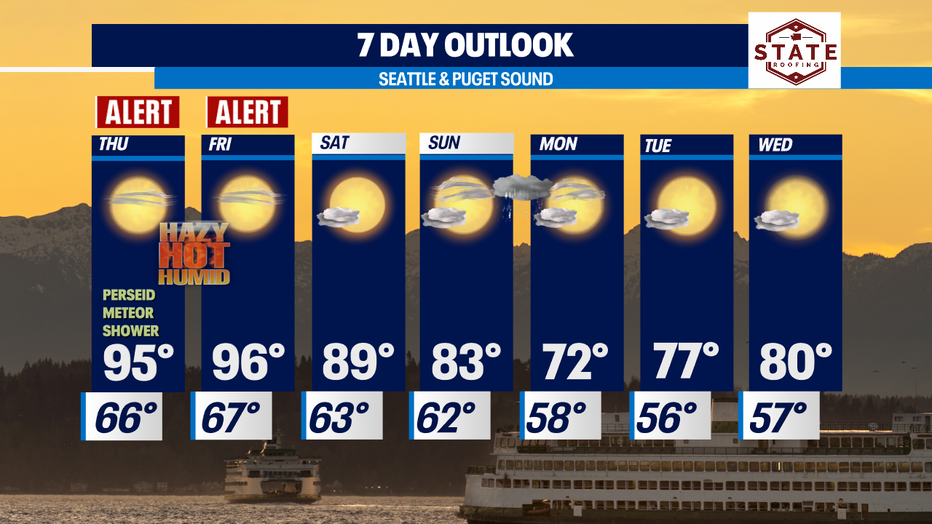 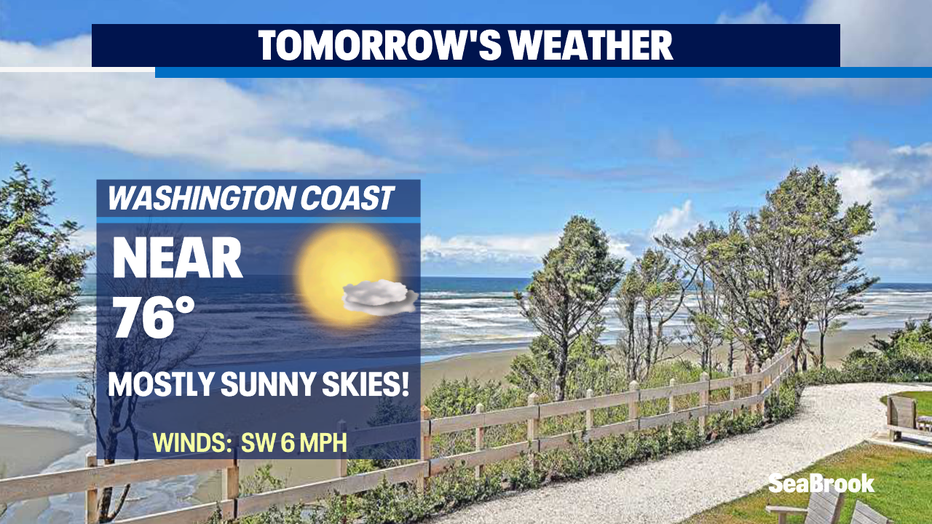 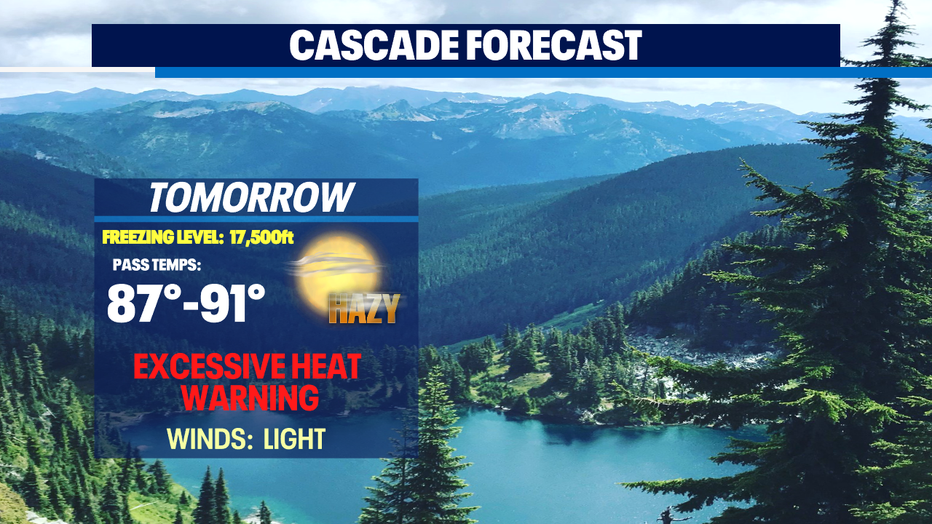 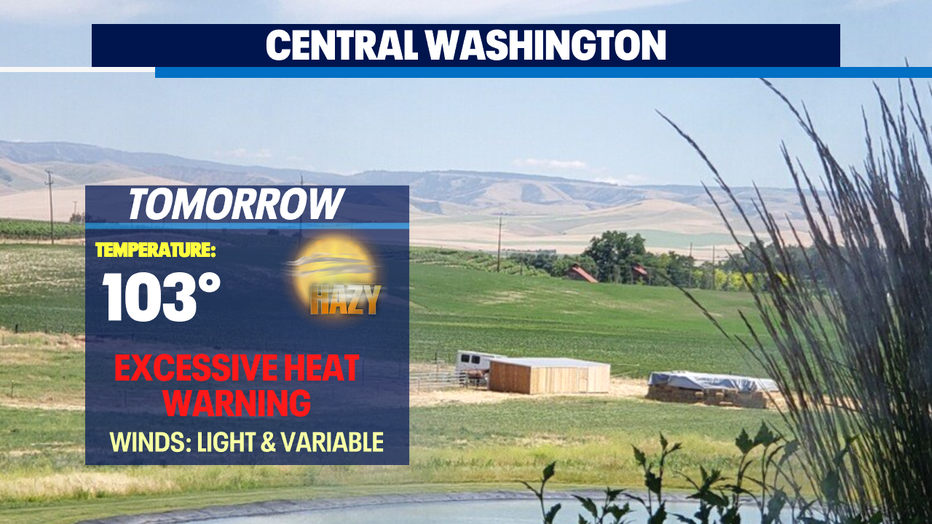