Seattle - What a beautiful afternoon! The sun showed up and temperatures climbed into the 50s. It was a lovely day, but now we're in for a chilly and foggy night. Visibilities will drop, and we can expect patchy dense fog on our commute tomorrow. We'll have some isolated spots of freezing fog too. Use caution as the temperatures drop tonight. 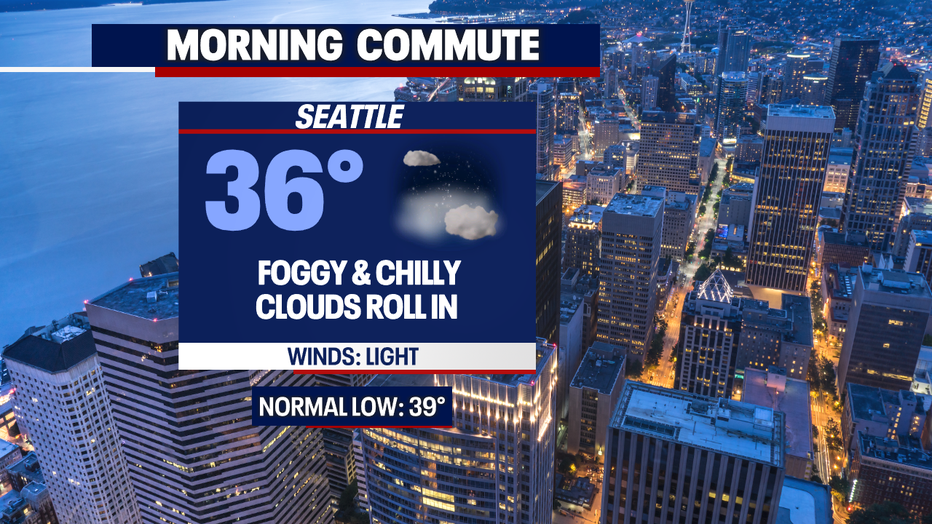 Temperatures will dip into the 20s over the passes so the fog you do encounter will be freezing fog. 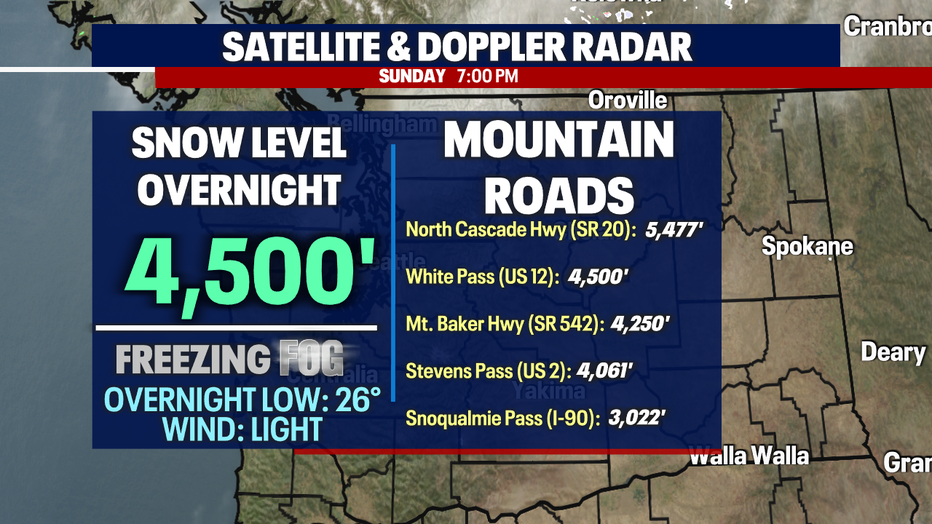 After the fog lifts, we'll be greeted with mainly cloudy skies. We'll have sunbreak of course, but the clouds will build as we get ready for our new system.

Widespread to scattered showers will develop Monday night and continue through Tuesday. Those impacted will receive about .10" of rain accumulation. I'm watching for the convergence zone to set up as well, which means isolated locations could exceed .10". 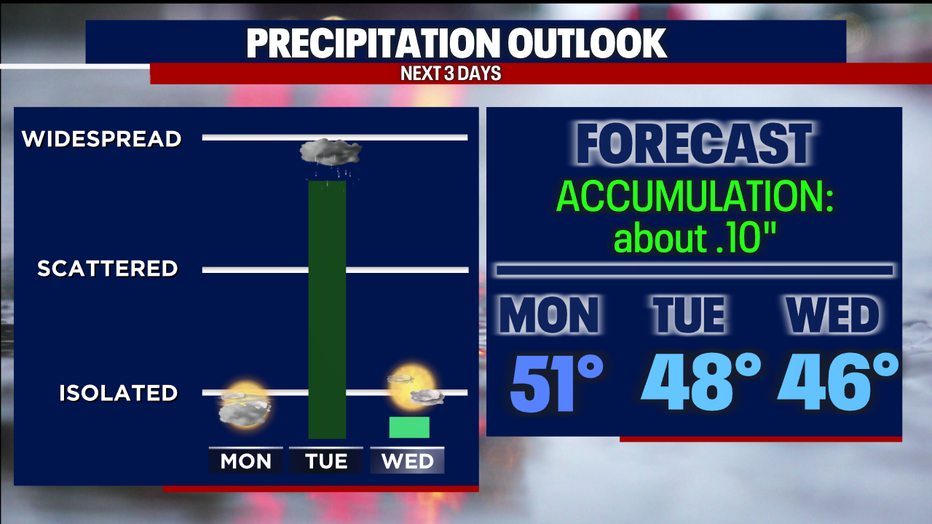 Mountain snow will be heavy at times as the convergence zone sets up. The snow level will drop to 2,500' on Tuesday and the passes could be looking at 6" of snow.

The lowland rain and mountain snow will quickly roll through our area on Tuesday. We'll be left with some gusty winds after that - especially across the North Sound. 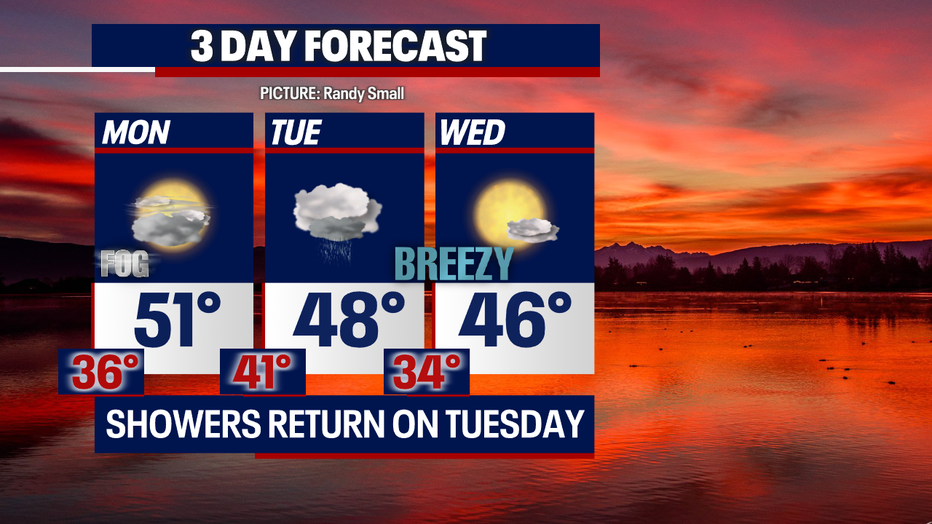 We'll dry out, and the sunshine will return to finish off the work week. Temperatures will remain below average (53F) throughout the week but at least we'll see those 50s back! 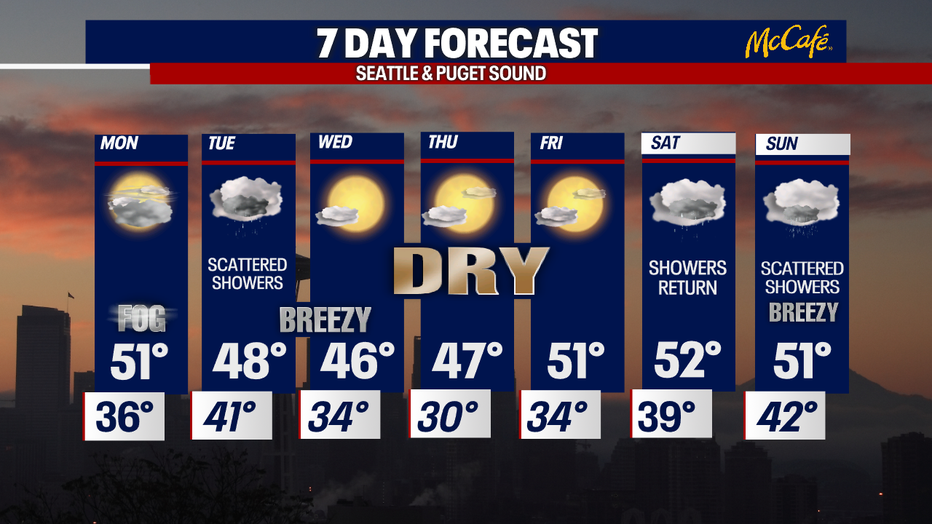