Temps close to 90 on Sunday and Monday

FOX 13 forecaster Erin Mayovsky has the lookahead at what to expect this week.

SEATTLE - A beautiful day across the region. Highs warmed Friday into the upper 70s just slightly cooler than our seasonal average of 79. SeaTac hit 76 with warmer temps to the south. 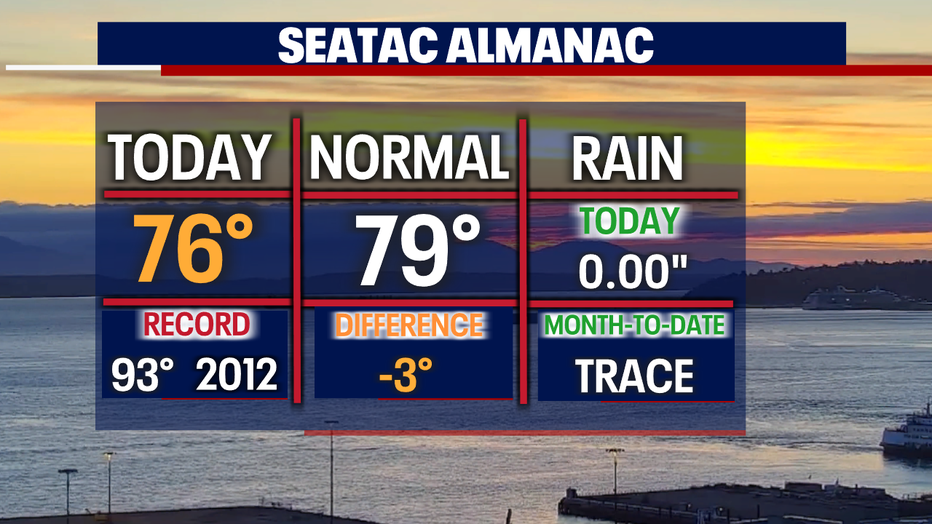 Overnight lows are very comfortable for the metro area, but much cooler in areas like Shelton where we'll drop to near 47.  A perfect night for stargazing but grab a light jacket. 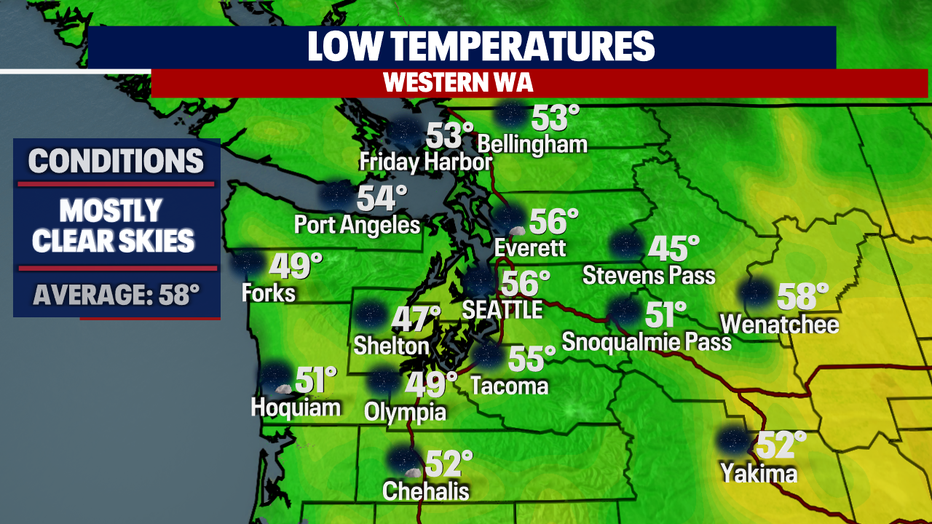 An upper ridge takes hold of our forecast delivering well above normal highs across the Northwest. This pattern lasts through the start of next week with temperatures peaking on Monday. 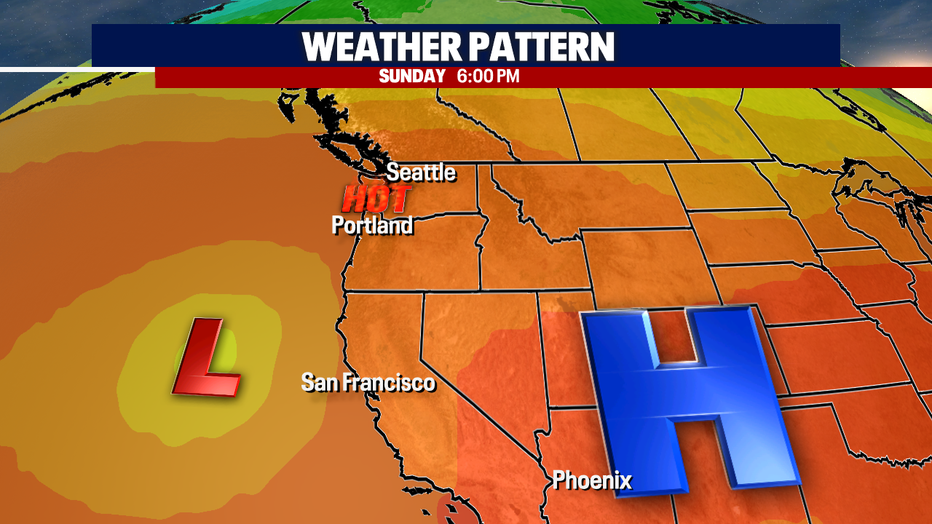 Even though we've managed to lose our Red Flag Warning in Eastern WA, with winds relaxing, we now have an Excessive Heat Watch through the weekend.  Temperatures will push into the mid-90s for many.  We'll also see a Heat Advisory for much of Western WA too as the mercury jumps into the upper 80s to near 90.

Make sure to stay hydrated, use sunblock, and limit time in direct sunlight.  Our UV Index will sit very high this weekend with burn rates a quick 10-15 minutes. 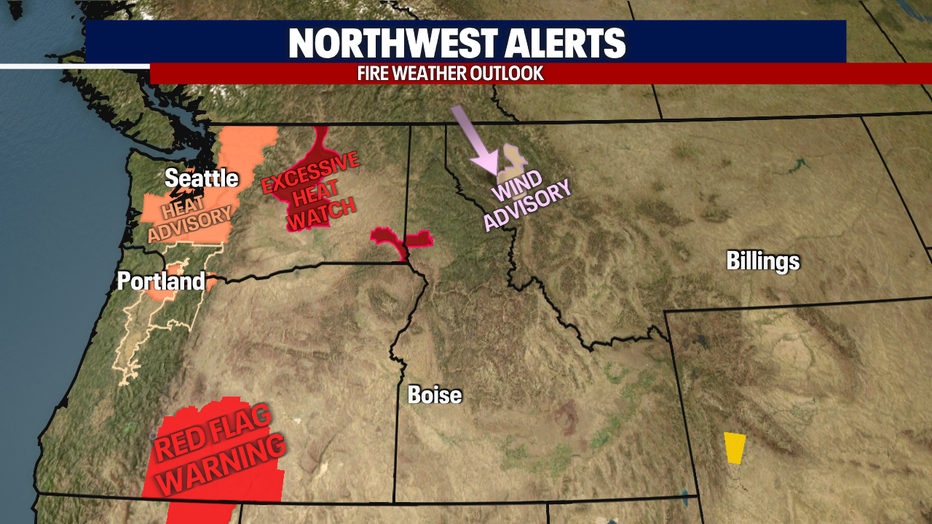 Fire danger continues to be a major concern, especially for Eastern WA.  We'll be watching the upper-level atmosphere as smoky/hazy skies develop even for Puget Sound, although we only expect a light haze west of the Cascades.

Eastern WA will see much more haze as Excessive Heat Watches pop up and winds become gusty at times… this will make fire containment a challenge for firefighters. 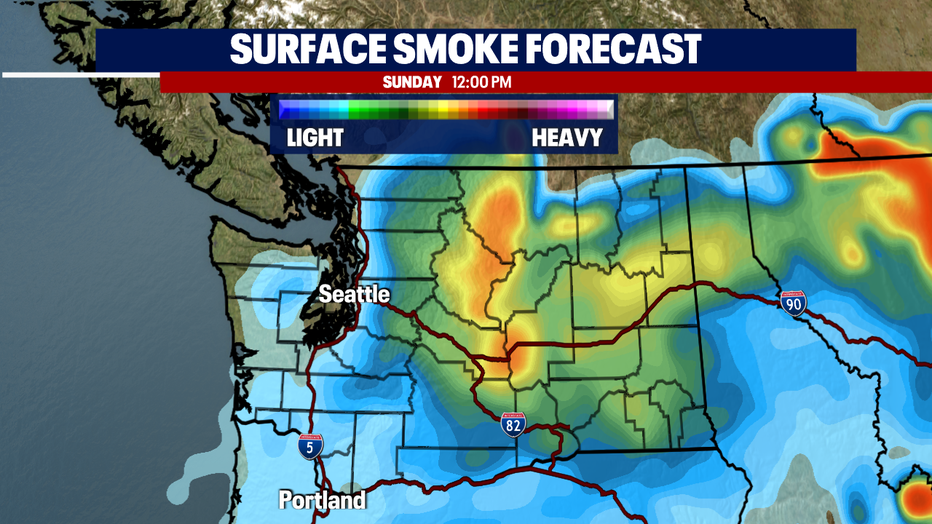 Looking to beat the heat tomorrow? The coast and Snohomish County are much cooler, about 10 degrees than most of us to the south. 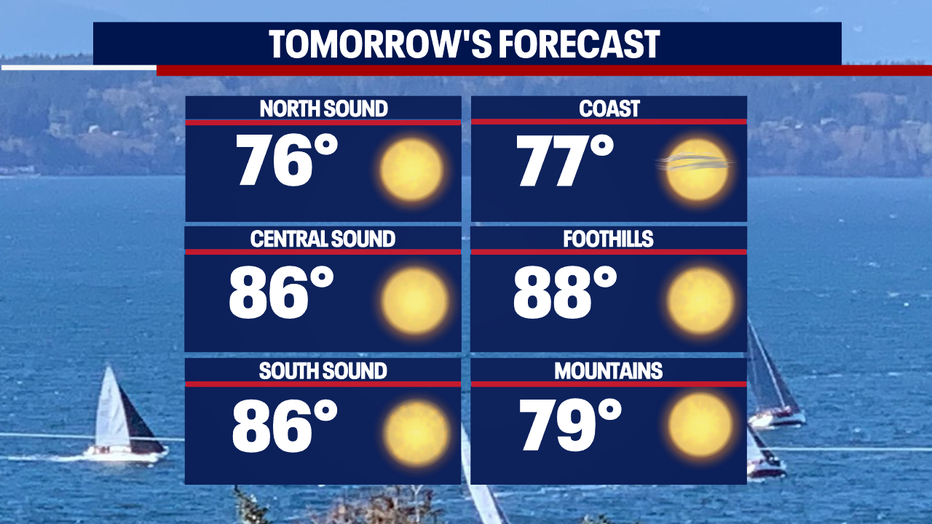 We will hold on to the heat through the start of next week with some cooling into mid 80s by Tuesday.

Temperatures cool as a system approaches delivering a few showers Wednesday and Thursday mornings before clearing out to partly sunny days. Highs drop into the more comfortable zone in the mid to upper 70s.

Have a great and safe weekend all!  ~Erin Mayovsky, FOX 13 Forecaster 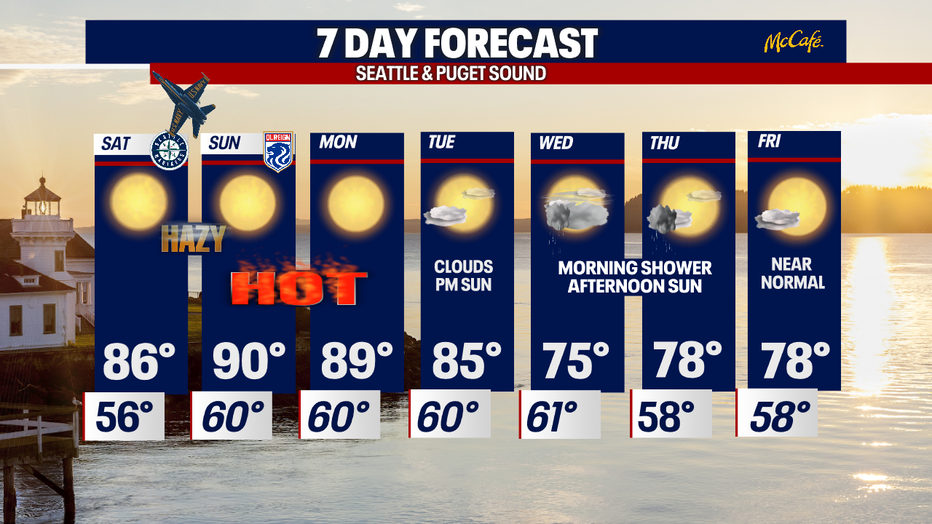 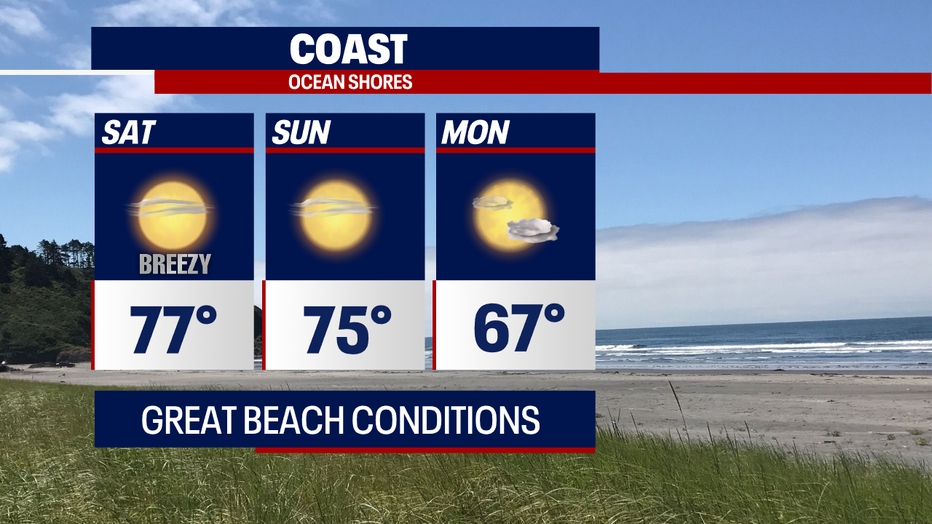 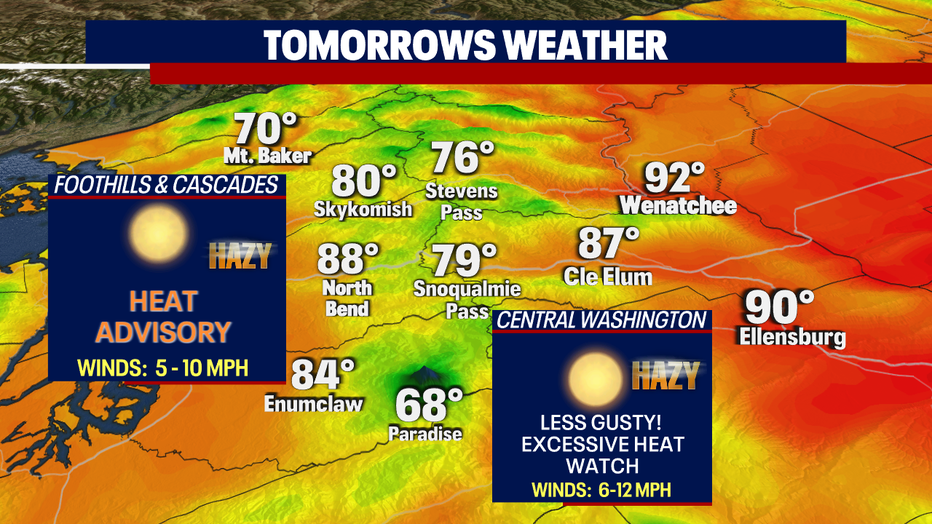 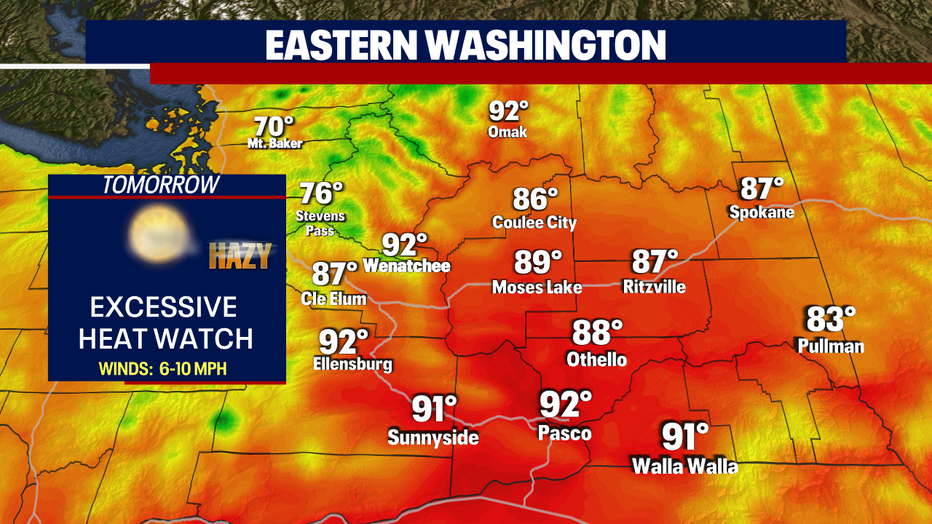