seattle - A nice end to the sloppy work week. Get ready for some sunshine across the board tomorrow from the coast to the mountains and into Eastern WA.  Skies will clear after a little morning cloud cover around Puget Sound.  Look for a really pretty day.  Highs Saturday jump into the low to mid 50s.  And don't forget you can catch all the game day action between UW and Arizona on Q13 Fox.  Kick off from Husky Stadium set for 5pm. 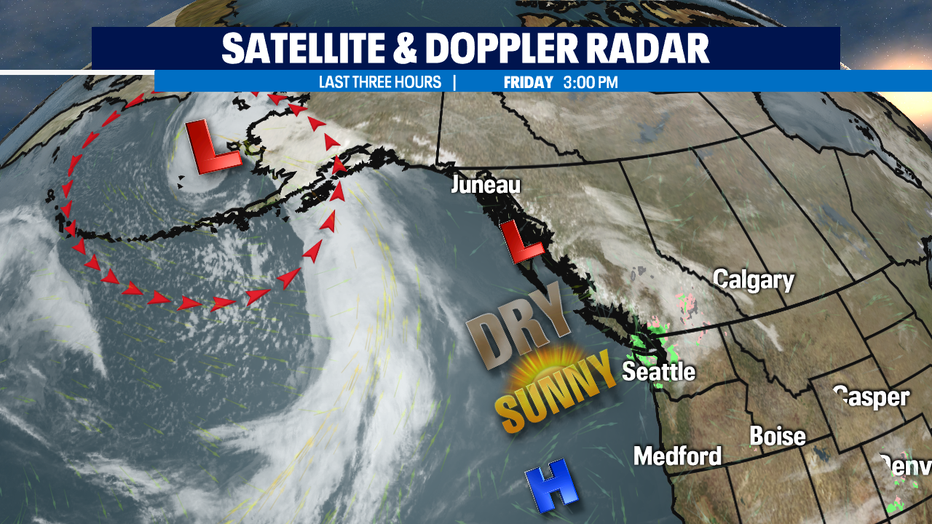 It seems just as we get used to our pretty blue skies to start the weekend, we'll increase clouds after dinner ahead of the next weather maker heading our way to close out the second half.   By early Sunday morning showers hit the coast and push inland. By about lunchtime most of us will see rain although the metro area may see less showers as the system wraps around the Olympic Mts. allowing for a bit of rain shadowing for Seattle.  But don't worry, by late afternoon the metro will pick up a little rain in the gage. Snow levels will also fall back down to near or below the pass. This is good news as more area resorts will continue to open as we push into the next couple of weeks.  Highs drop to the mid to upper 40s. 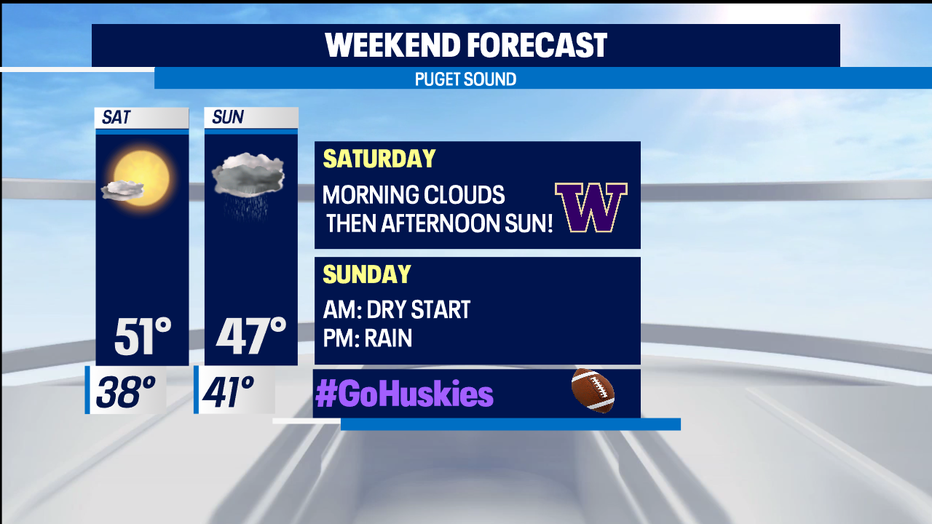 Monday brings more wet weather through about midday for a quick break before rain and mt. snow return late night.  Highs near 50.

We kick off Tuesday with a few more showers for most, expect to the north where we'll be dry to start.  By the evening commute everyone will see rain. And that rain will linger through Wednesday.  Highs drop back down into the upper 40s. 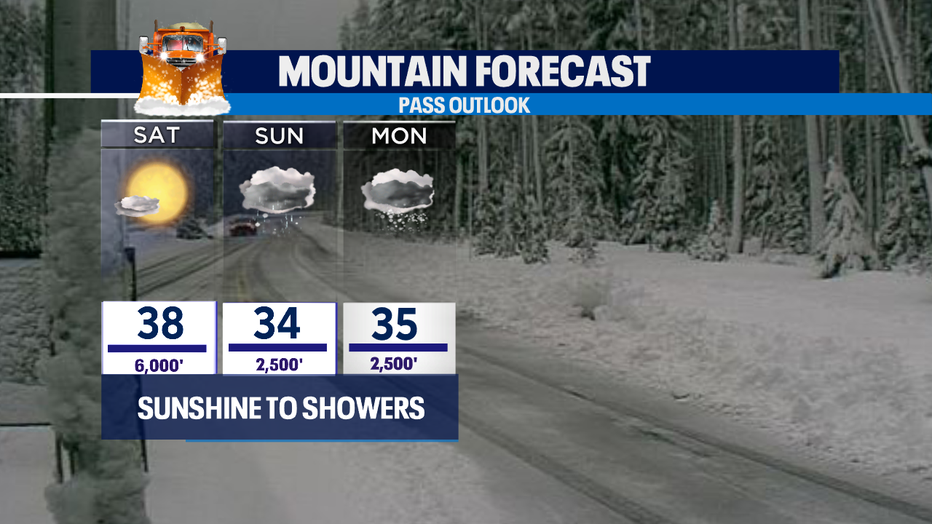 As of now Thanksgiving looks mainly dry all around. Highs will be warmest at the coast, landing close to 50 with upper 40s inland and the mountains seeing colder temps in the low to mid 30s. Brr!  Bundle up if you're heading to the high country. 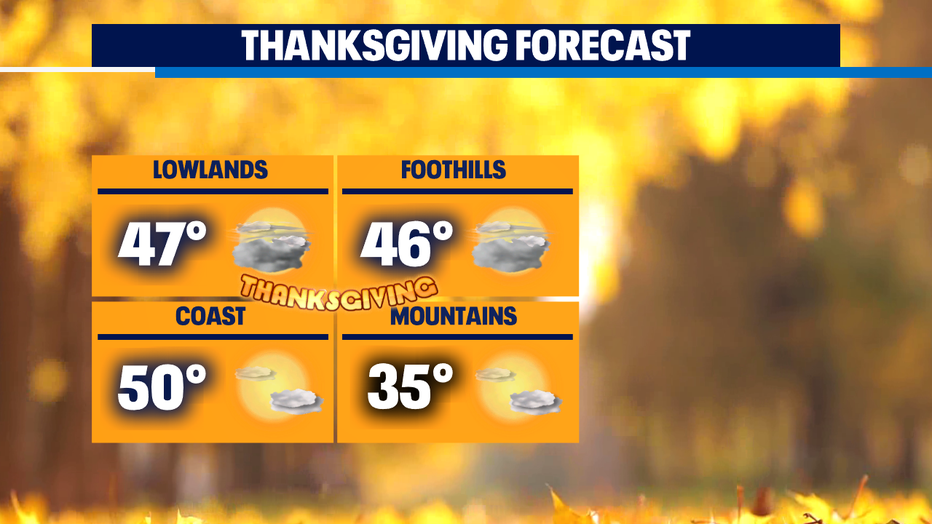 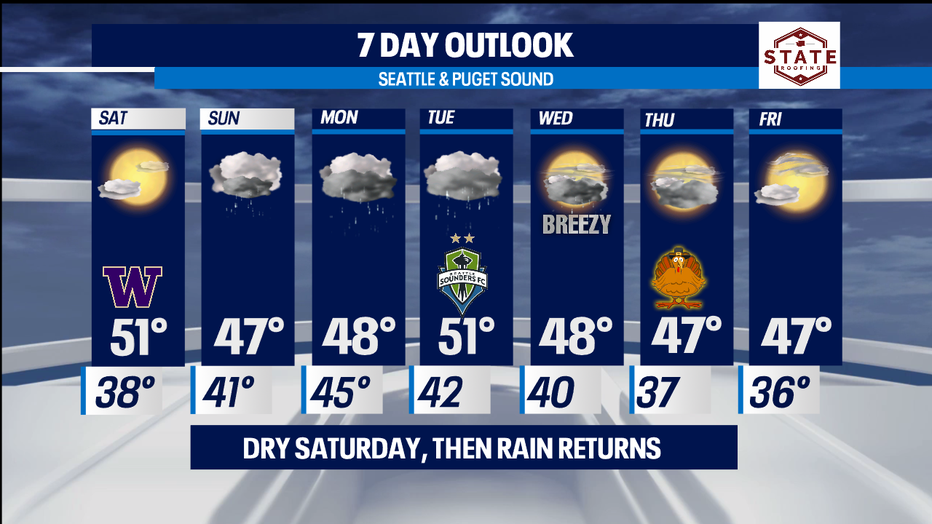 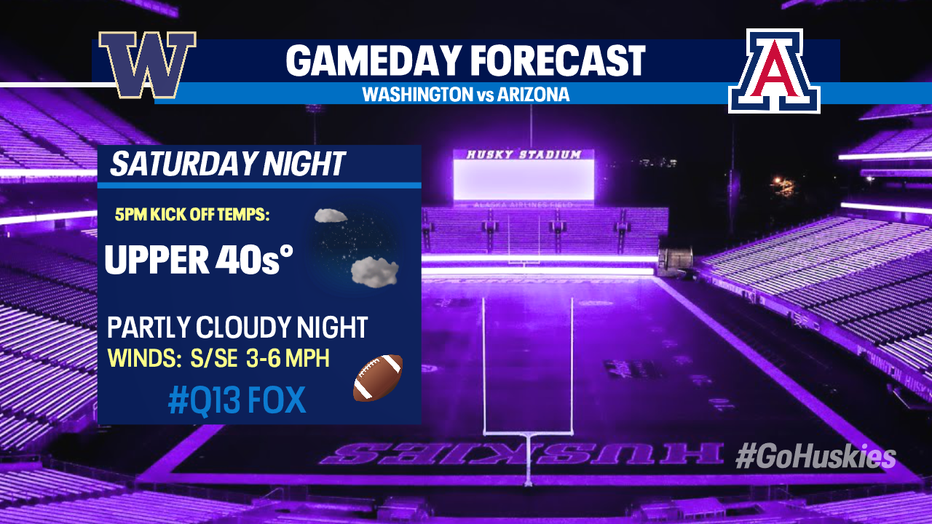