SEATTLE - A brief bit of late August rain shower late Sunday into Monday showers brought our rainfall total to only about 30% of normal-- and that's coming off of a July that was really dry July too. September will be starting out quite dry. A typical September around Western Washington has about an inch and a half of rain. Last year though, we got twice that amount. 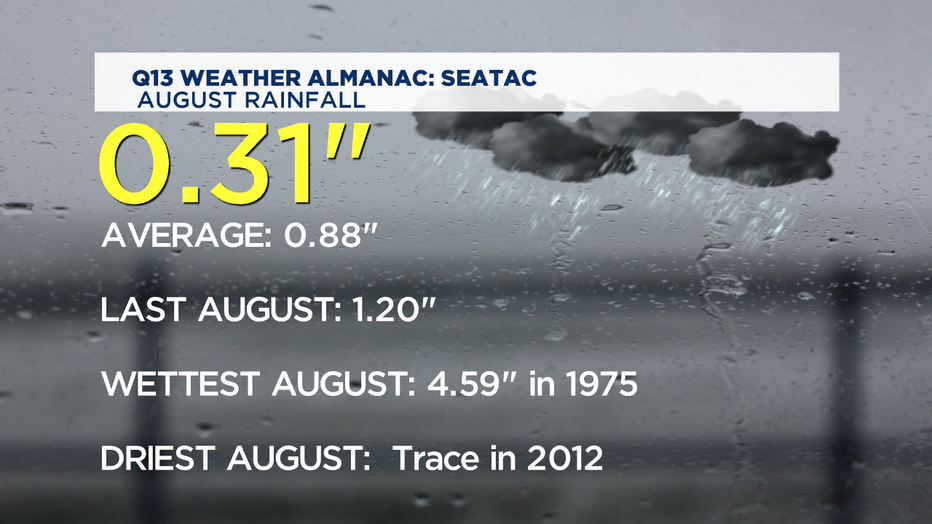 Today another fantastic summer day. Mother Nature doesn't care if is September or August-- if there's high pressure overhead we'll be seeing some nice sunshine and even some warmth as we get towards the Labor Day holiday weekend as well. That kind of tinder dry weather does mean we should use fire safety protocols whenever we're out and about in the great outdoors. And as long as we're on the topic of warnings, when we get warmer this weekend-- practice water safety too. We've had an unusually high number of drownings this year on area waterways. Experts say nearly all drowning deaths are preventable ones. 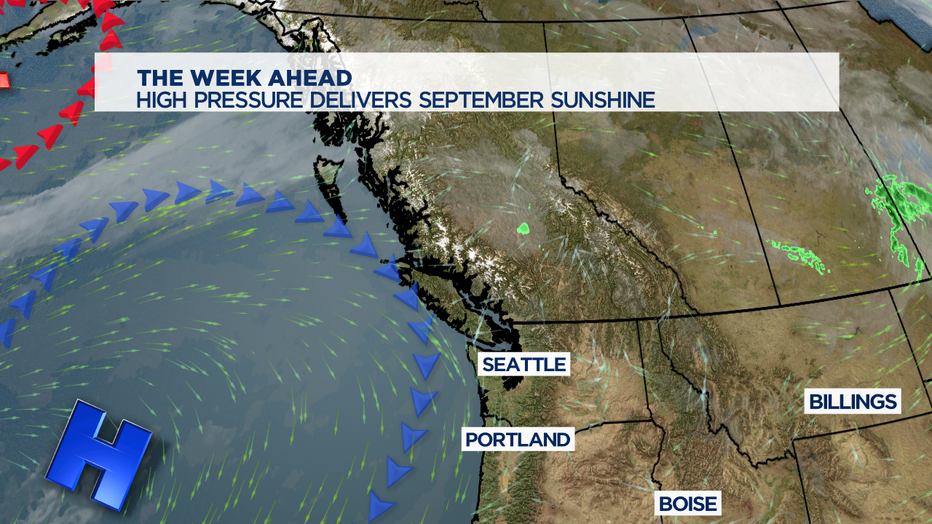 As that high pressure ridge gets centered near our coast, we'll see a decent warm up. Temps by the weekend could end up being more than 10 degrees above normal. Today though, mostly upper 70s for most of us around Puget Sound. Even the clouds and fog along the coast will give way to some clearing and have some highs top out near 70 for the Central and South Coast. East of the Cascades it'll be sunny and near 90. Tonight watch the eastern skies just after 8p to see the rising Full Corn Moon. It is named for the time of year when corn is typically harvested. The full moon nearest the Fall Equinox is termed the Full Harvest Moon.This year that's the full moon on October 1st. 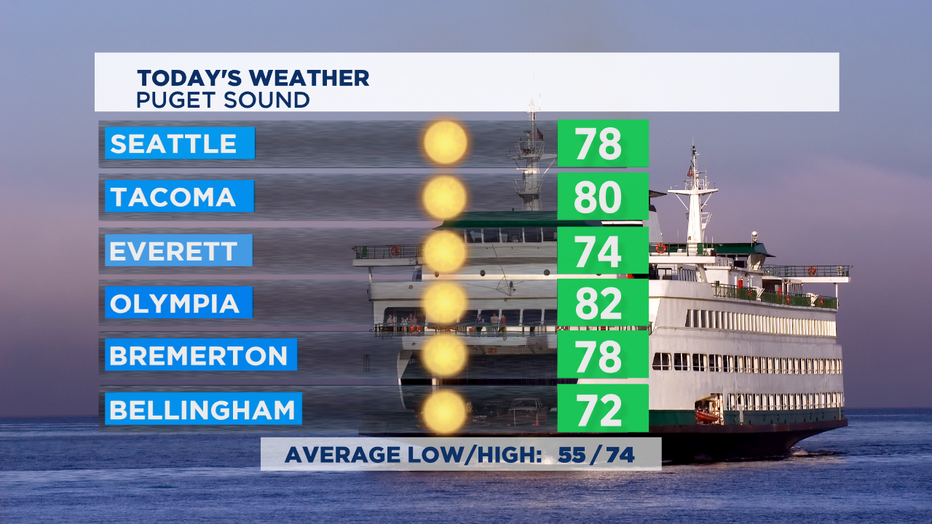 Each day this week, we look to get a bit warmer each day with a bit less of the natural air conditioning coming in each night off the ocean. 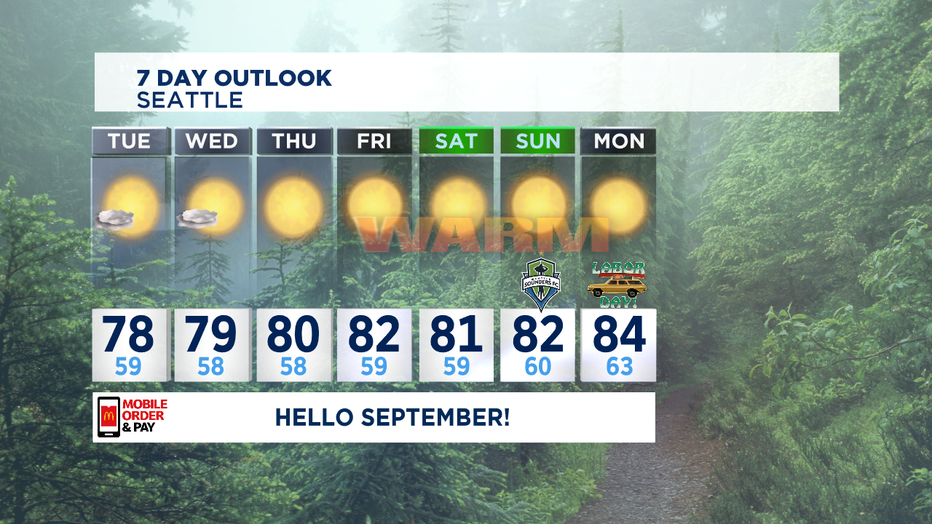 The result is that the long range outlook keeps us in the 80s for several days in a row with abundant late summer sunshine! Enjoy! -Tim Joyce