SEATTLE - It's a cloudy and drizzly start to Monday, but we'll see gradual clearing throughout the day as a ridge builds in! Expect afternoon sunshine and highs around room temperature near 72 degrees. Tonight will be mostly clear and lows will dip down near 57. 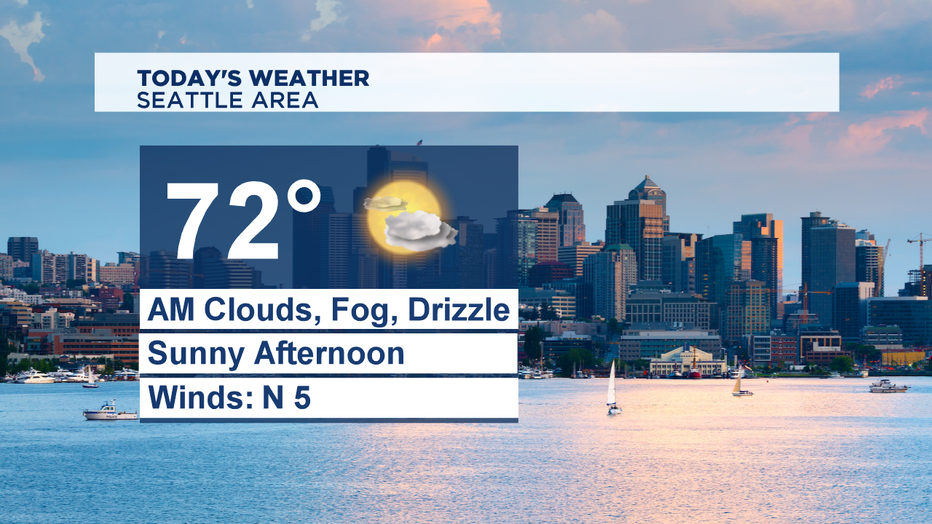 Get ready for a warmup! Tuesday and Wednesday's highs will be in the upper 70s and then we'll be in the lower 80s through the weekend! Summer isn't over yet! 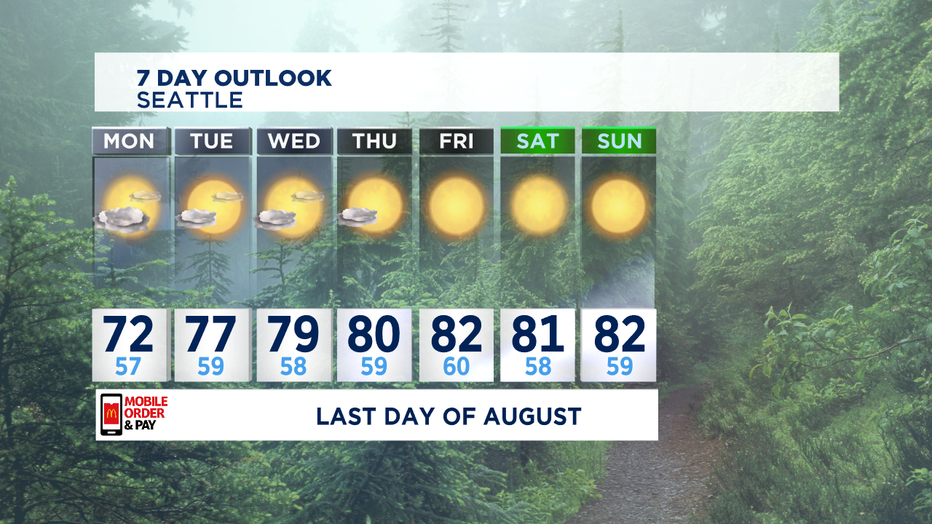 August went down as a slightly warmer than average month and drier than normal. As we hear into September, Seattle typically sees 1.5" of rain, average high temp of 70.6 degrees, and average low temp of 52.1 degrees. 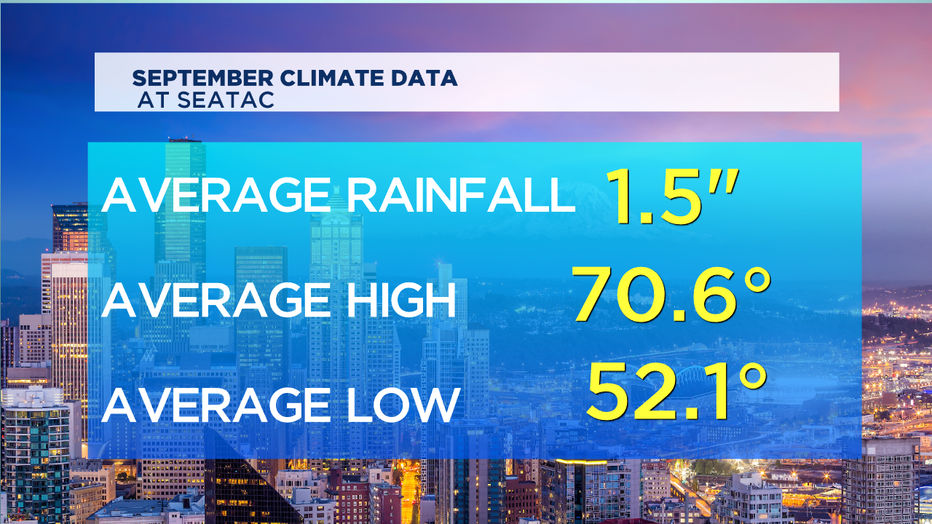 Long range predictions point to warmer that normal temperatures for Washington this month and an equal change of seeing drier or wetter than normal rainfall. 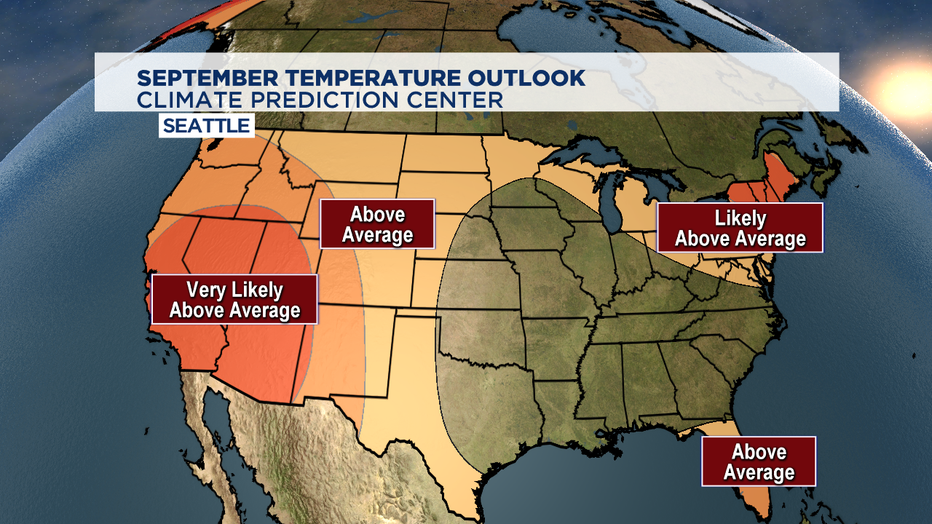 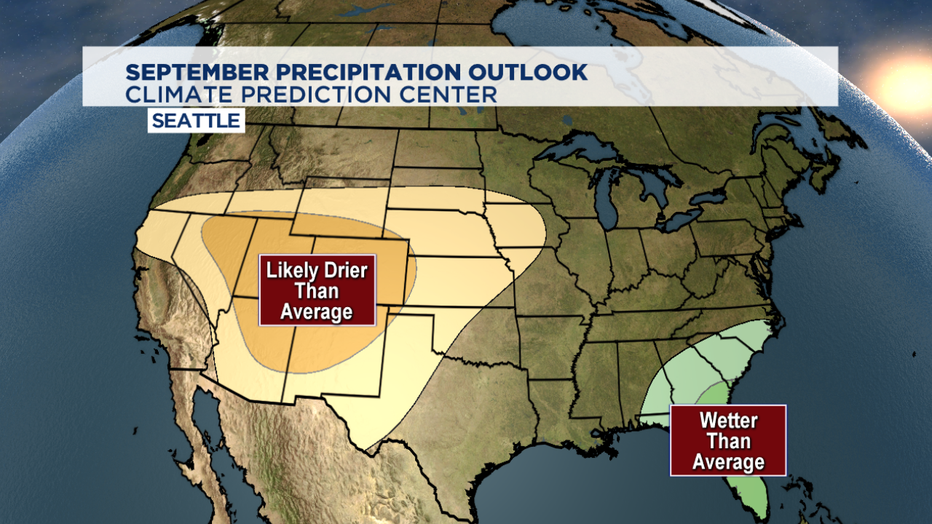 Sunset times are going to be earlier and earlier, if you haven't noticed it already! But on the flip side, there are a lot of holidays to look forward to this year! 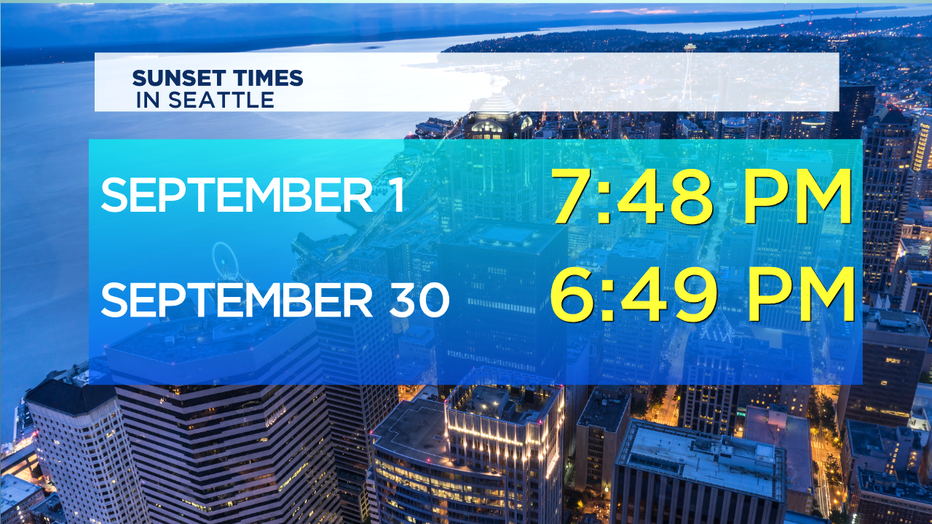 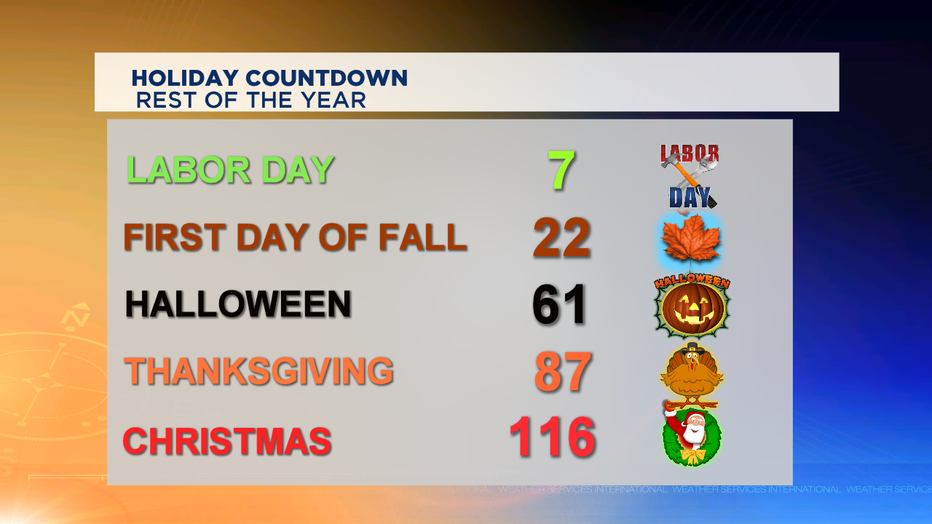