Sunday will be mostly cloudy and dry with a few sunbreaks in the mix midday. Highs will be about five degrees warmer than Saturday. 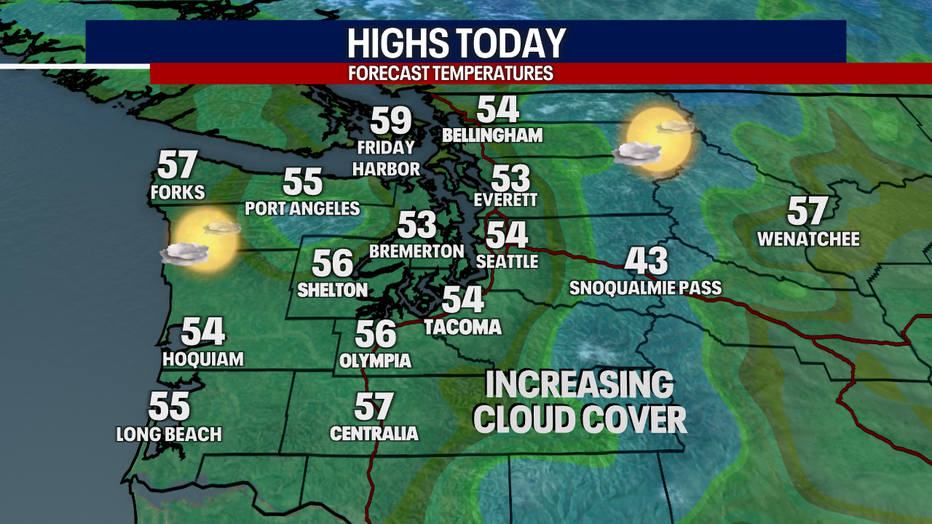 If you're heading to the OL Reign playoff match against the KC Current, it will be dry and cool for the match with mostly cloudy skies. Bundle up! 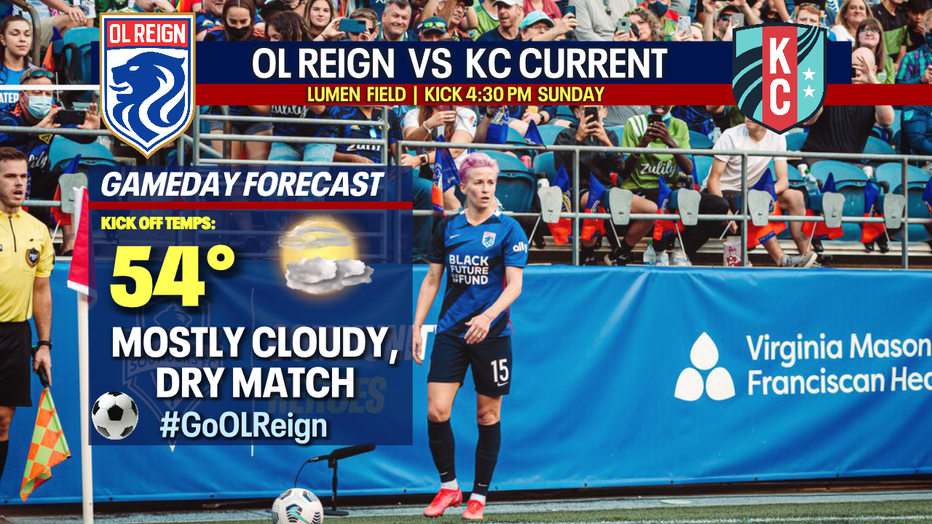 A frontal system will bring rain and some gusty winds late tonight. Expect showers to begin on the coast around dinner time with rain arriving in the Puget Sound area just before midnight. Widespread rain will continue through the early morning hours and transition to on and off showers by the morning commute. Higher elevations in the Olympics and Cascades could see several inches of new snow, though no travel impacts are expected on the passes. 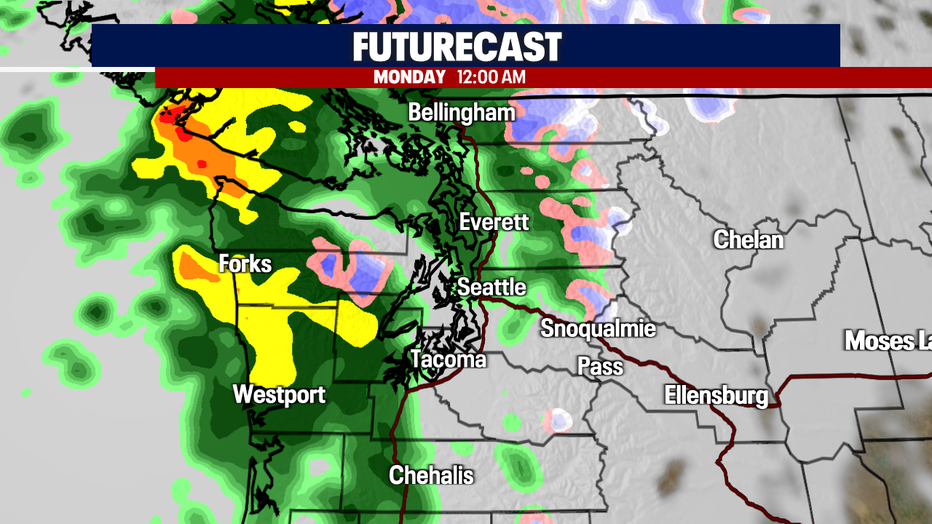 The next system hits Tuesday afternoon and will continue bringing rain through Wednesday morning. After that, the area should get a break from the rain for a Thursday and Friday. 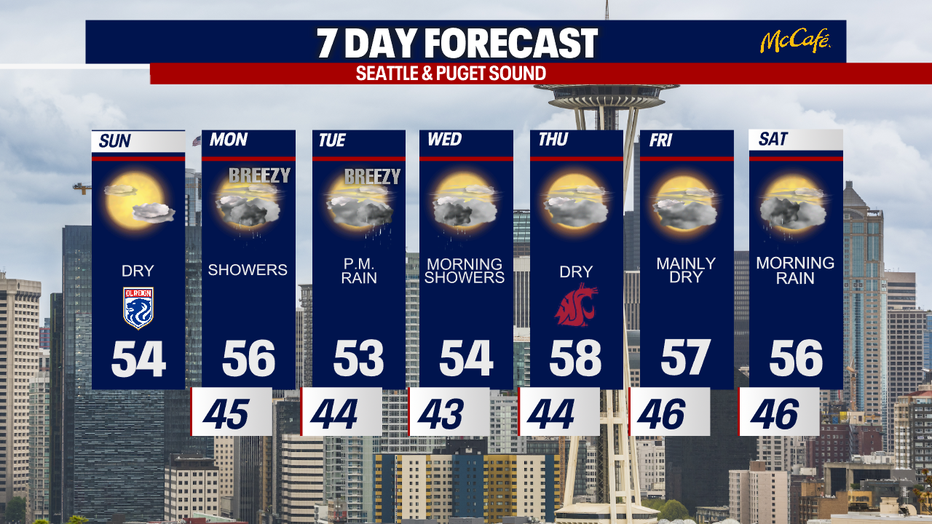