SEATTLE - Change is already on the way!  We'll see clouds continue to increase overnight with showers starting along the coast first tomorrow morning. Those showers will spread east into Puget Sound by the afternoon. We expect a brief break before the next front moves through late Sunday night.  And behind Sunday night's rain another quick moving front will follow Monday morning delivering more rain.  Highs drop into the mid to upper 40s both days. 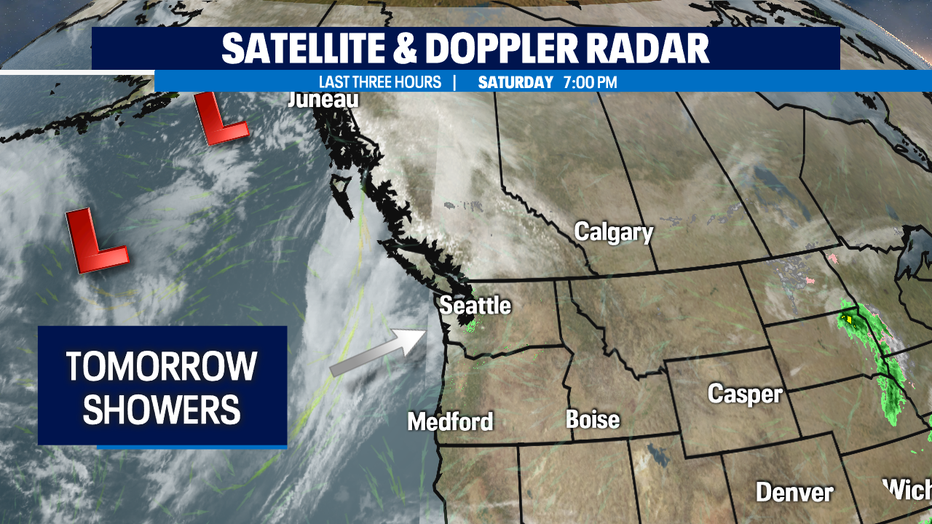 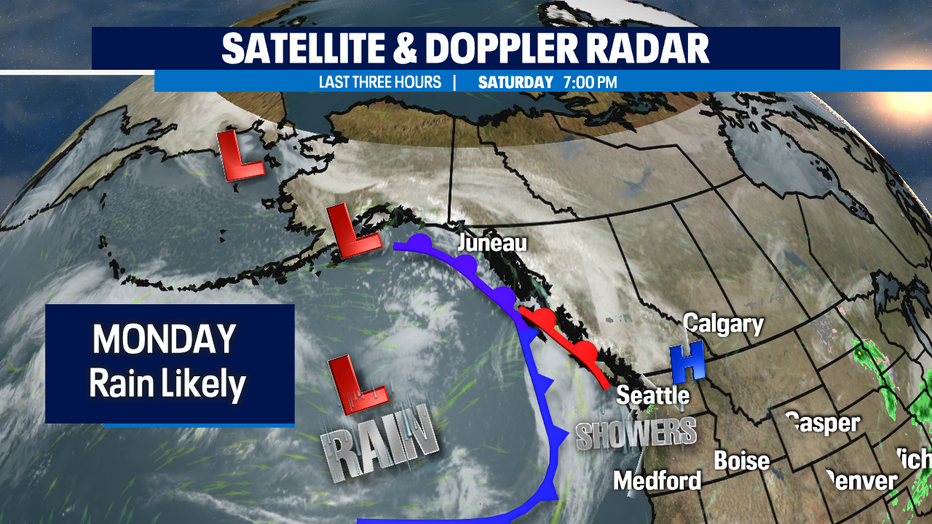 A more organized, stronger system pushes in Tuesday afternoon.  Just in time for the Sounders FC who are hosting LAFC at Lumen Field.  Kick off set for 7:30pm.  Look for rain and wind as this system blows through. Highs bounce up to near 53.  Showers will linger into Wednesday evening before we start to dry out.  Wednesday's highs will cool a bit into the upper 40s.

Thanksgiving at this point looks dry for the region with highs in the upper 40s.  Apple Cup Friday looks nice for both Western and Eastern WA where the 113th rivalry in Pullman from Martin Stadium.  Temperatures will hang in the upper 40s around Seattle with Pullman seeing cooler highs in the upper 30s under partly cloudy skies.   Kick off temps at 7:30pm even cooler in the mid 30s. 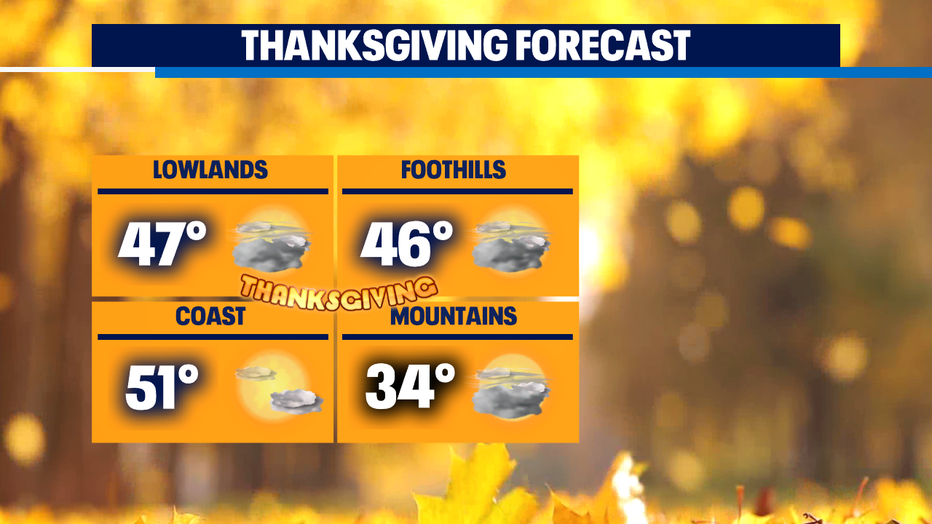 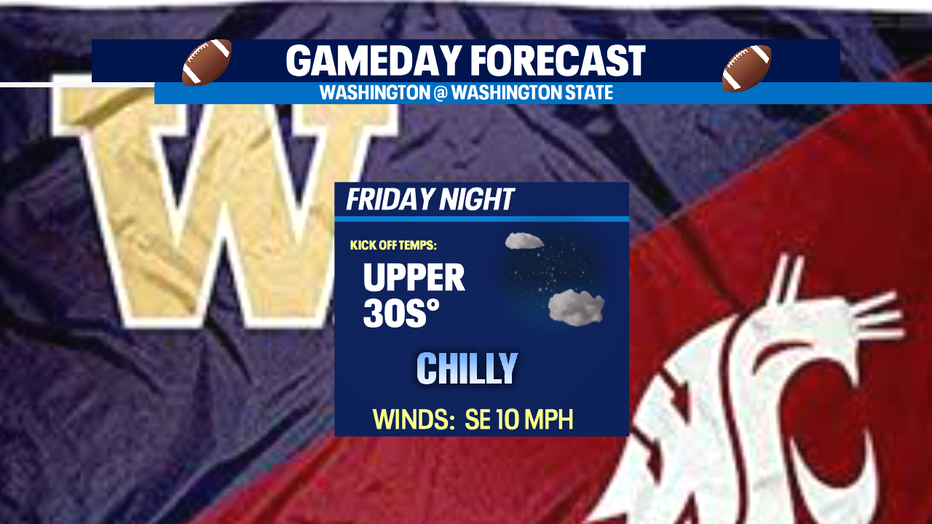 Have a great night all! ~Erin 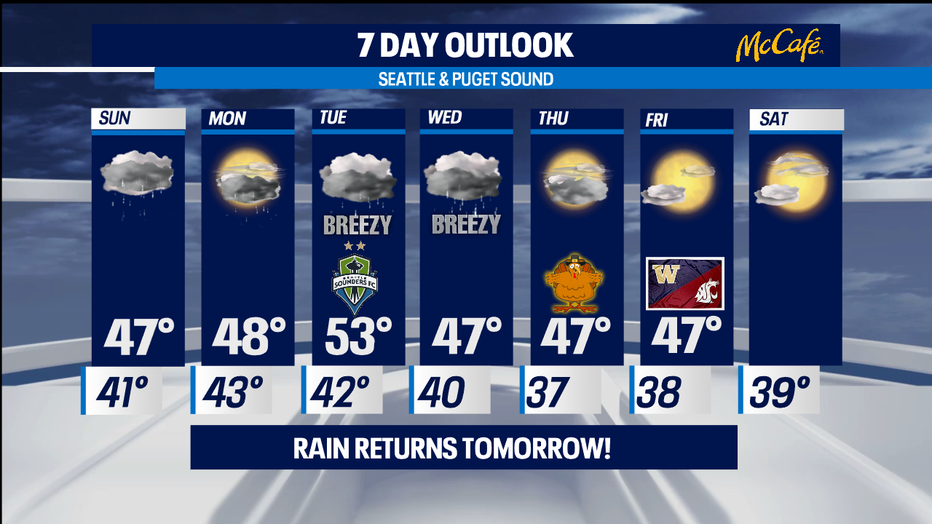 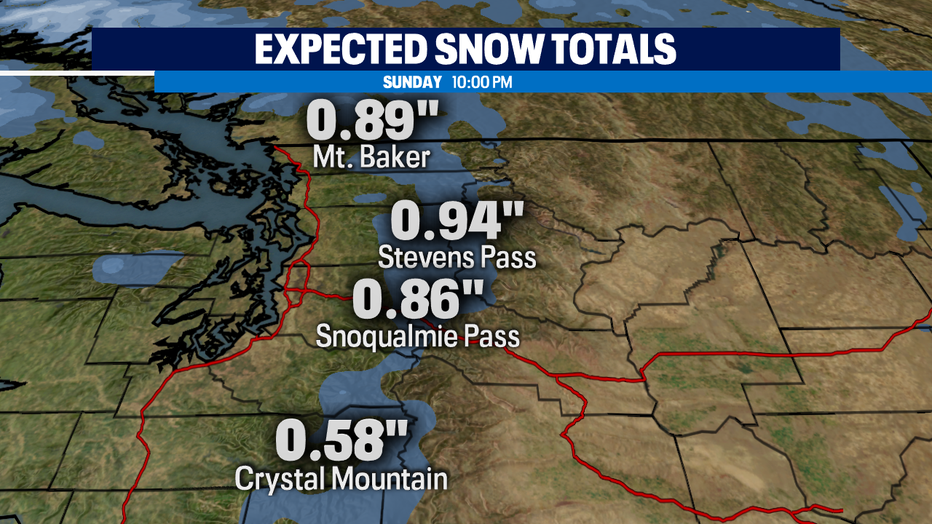