SEATTLE - What a beautiful close to Saturday.  Skies clearing for a gorgeous sunset after highs hit 66! That is exactly where we are supposed to land for this time of year. 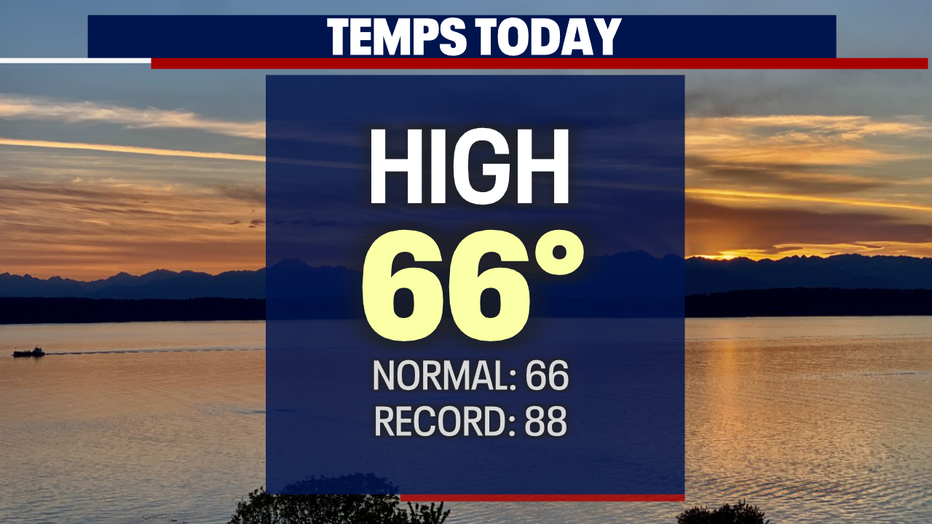 The next system moves in late Saturday into early Sunday.  Lows will remain warmer overnight in the upper 40s to just over 50 for most areas except for the NW WA Coast where lows land in the mid 40s. 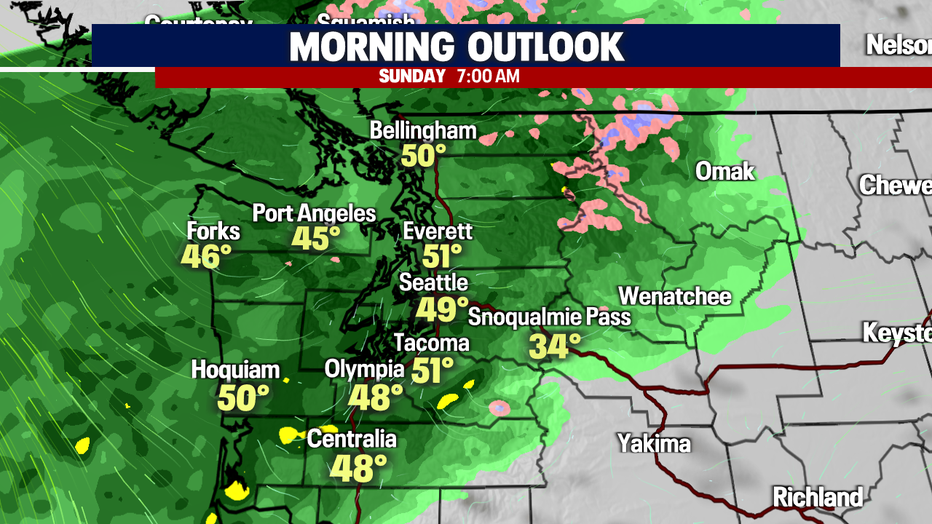 Sunday starts our showery with heavy downpours by late morning up and down the I-5 corridor.  Winds will be breezy at times too. 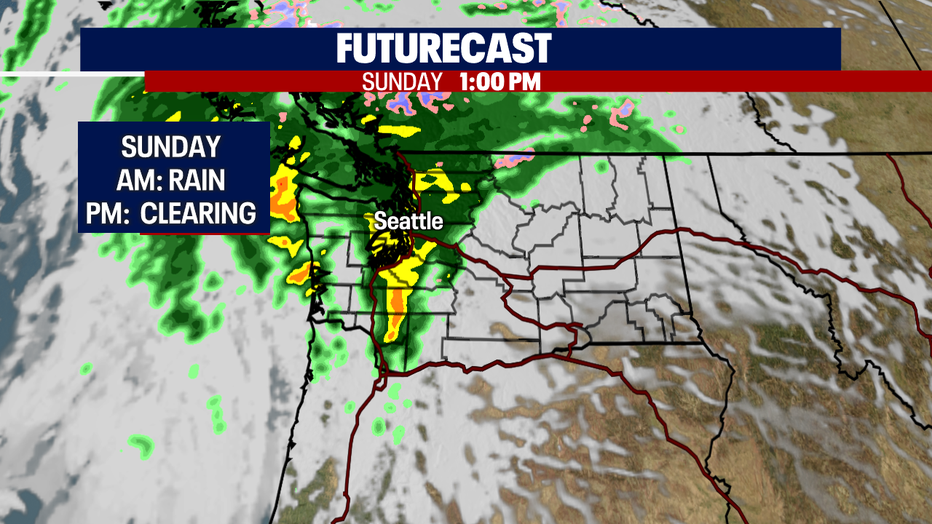 If you plan to head to the Sounders match at Lumen Field dress for showers with some clearing through the match.  Look for 1pm kick off temps in the mid 50s as the Rave Green host the Minnesota Loons.  #GoSoundersFC 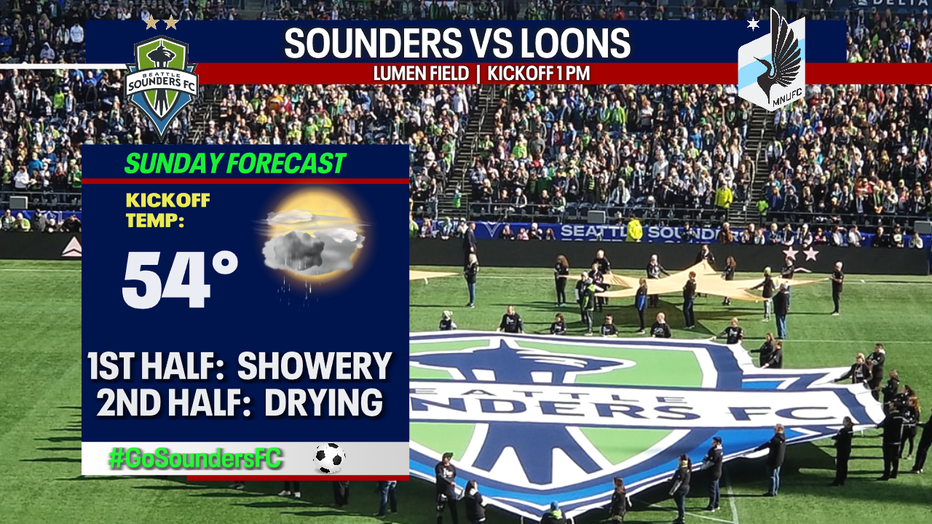 Highs will drop cooler than Saturday, peaking in the low to mid 60s Sunday, with the warmest temps in the foothills of the Cascades.  Mountain snow levels rise to near 7,500' too.  The Summit at Snoqualmie warms to near 60 under cloudy, rainy skies. 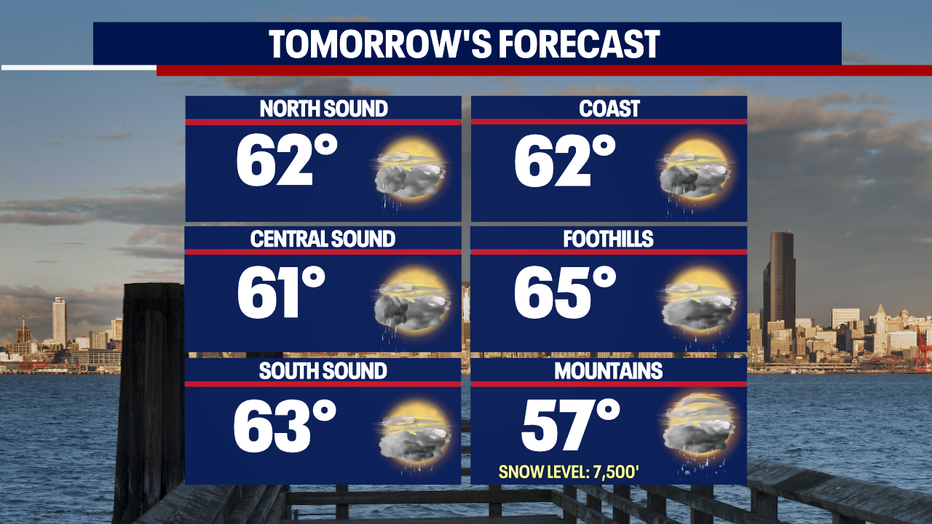 By the time we close out Sunday Seattle could end up with nearly an inch of rain in the bucket between the last three days. 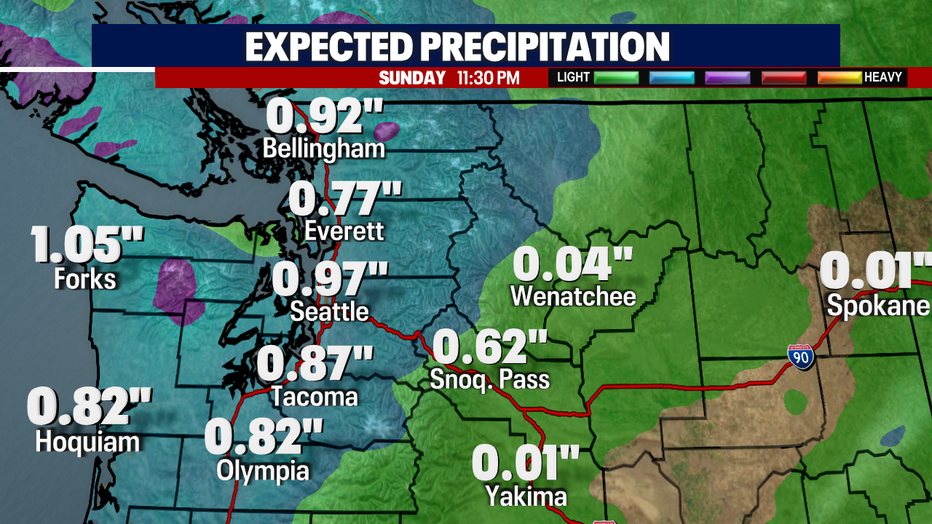 The Pacific will remain active offshore, but at this point we aren't forecasting any systems to move inland Monday and Tuesday.  Highs hang in the low 60s, cooler than normal. 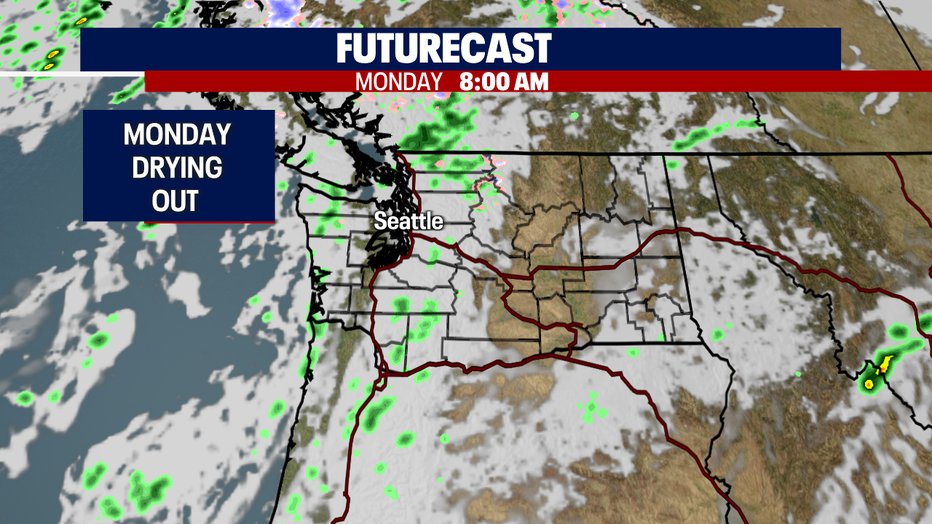 The next front moves hits Wednesday, spreading rain and breezy winds across the region yet again.  Highs will cool about 10 degrees below average with this system.

The rest of the week looks mostly dry with showers returning late Saturday. 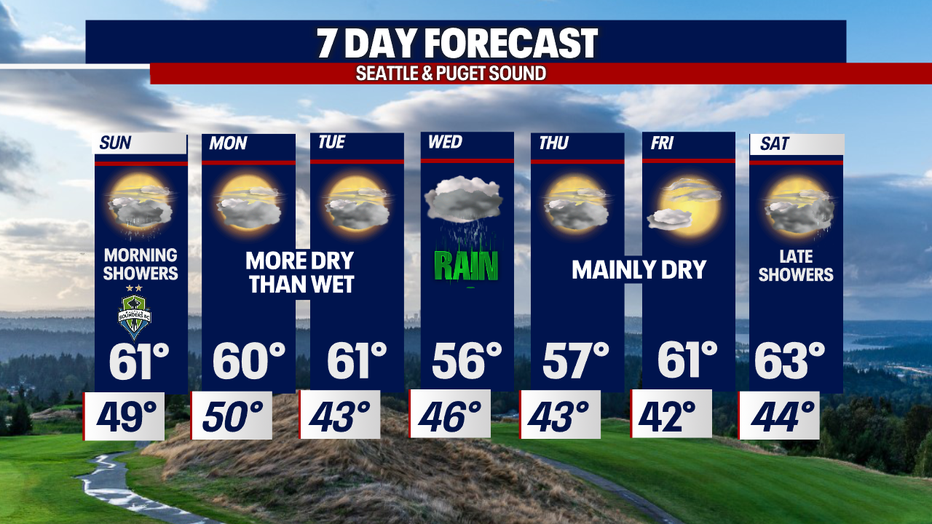 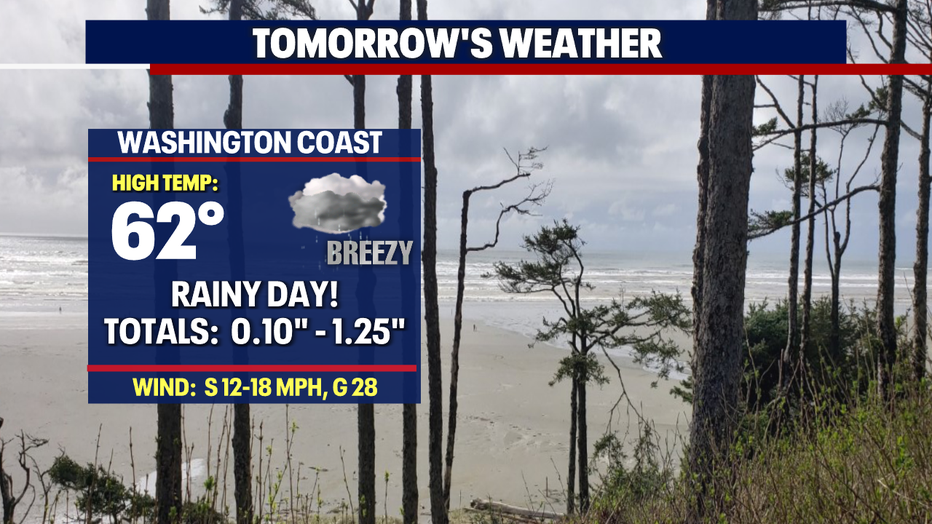 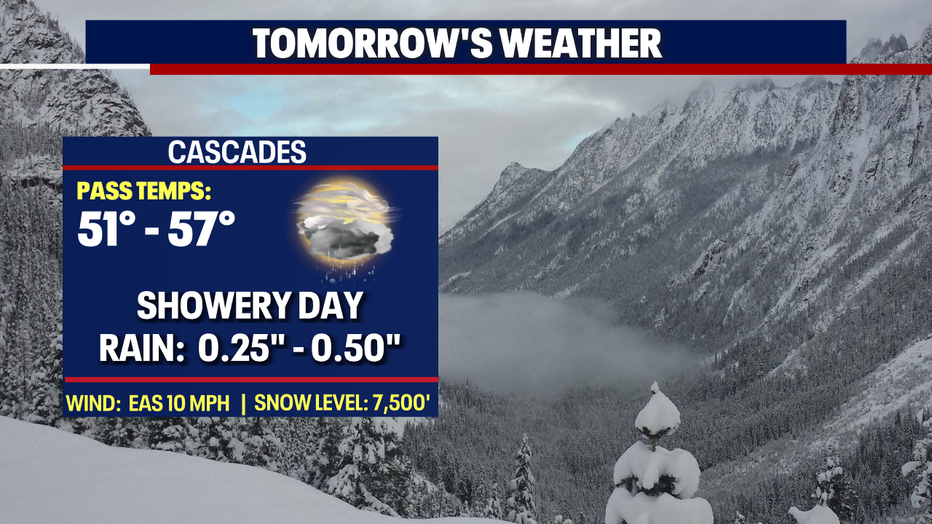 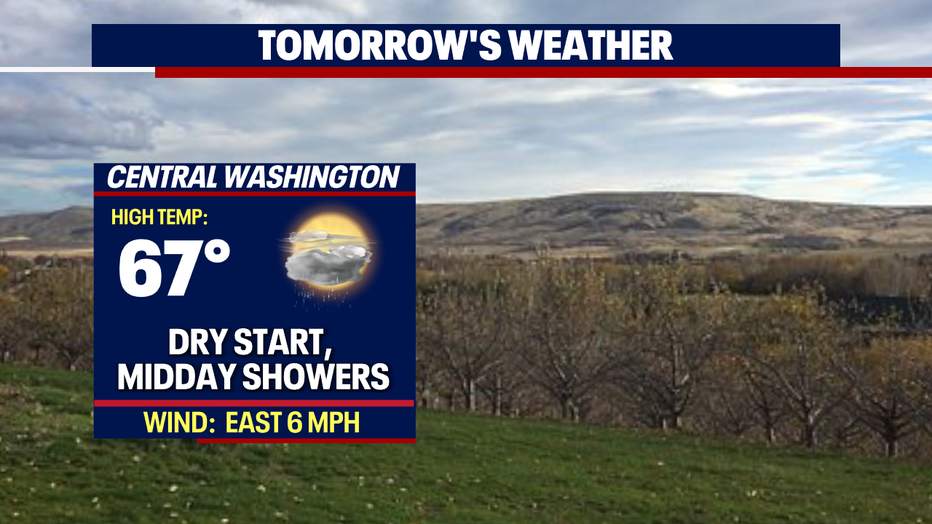