SEATTLE - The forecast is working out well this morning as a massive storm passes by us offshore. Winds picked up in eastern King and Pierce counties this morning sending trees and large tree limbs down. At last check, over 40,000 Puget Sound Energy customers were without power. 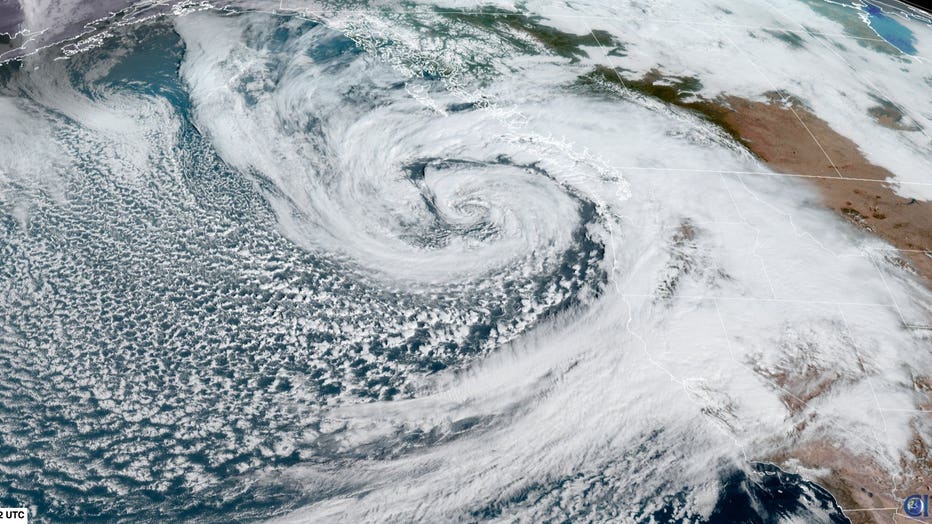 Check out this storm. It's a beaut! A low pressure center of 943mb ties the strongest on record in this part of the Pacific Ocean. The old all-time record was hit by post-Tropical Cyclone Harriet in 1977. We are very lucky that this storm is staying offshore and not sweeping by our coastline. Even still, it will bring some strong wind and heavy rain at times to Western Washington. The areas catching the brunt of the wind over the next 36 hours will be the Washington Coast and the north sound. The areas in red will see the strongest winds. The areas in beige could have power outages as well, but winds won't be quite as strong. 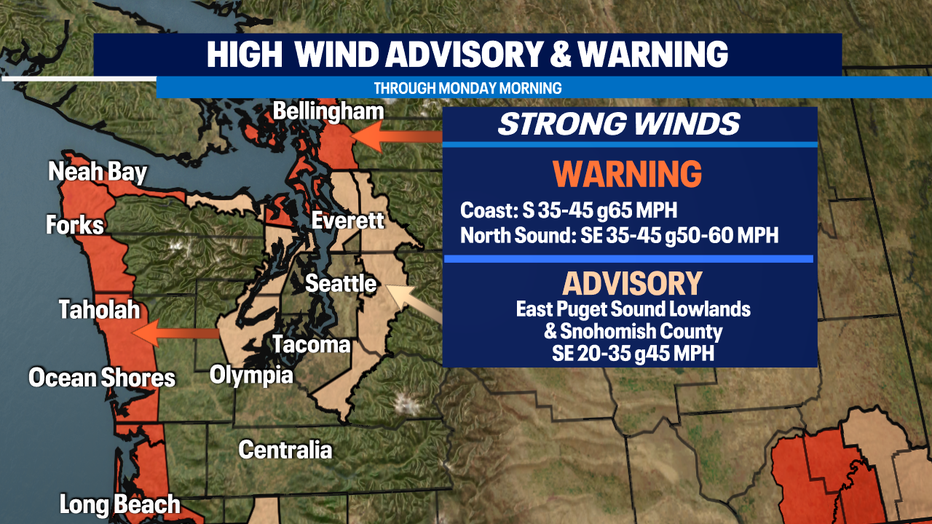 The coast will also have to deal with some areas of flooding and large waves. This is NOT the time to be heading out onto the beach. If you are out along the coast, keep your eye on the sky this afternoon. This sort of pattern can produce funnel clouds, waterspouts, or tornados. We've seen them in this kind of pattern before.

If you're in the Seattle, Tacoma, or Olympia areas, the winds won't be quite as strong as other places, but expect some strong gusts of 35-40 mph from time to time. That's enough to cause some scattered issues.

Monday evening, we will start to see the rain and wind subside. Tuesday will feel much more normal with morning showers and calmer wind. 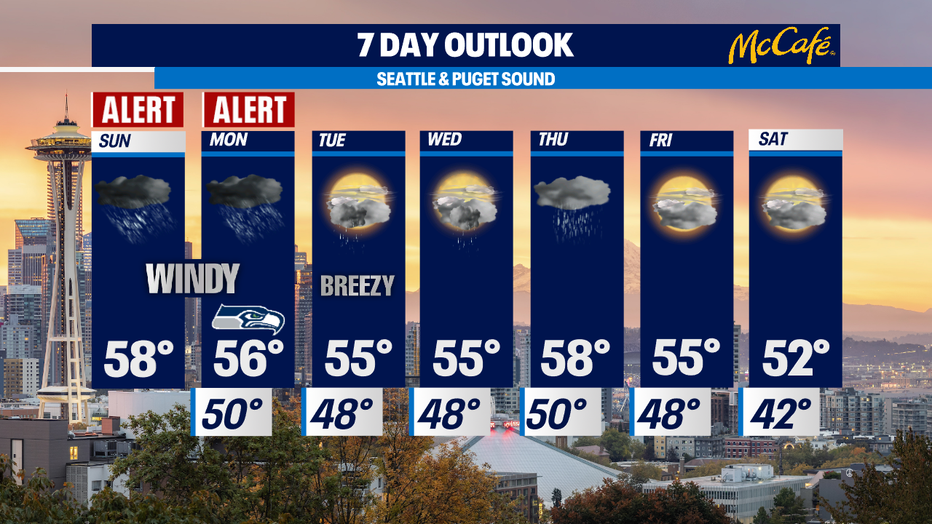