Heatwave runs through Monday before calming down this week

SEATTLE - The mercury hit 87 today at SeaTac; that's 14 degrees above average, folks! We expect more summer heat on Sunday and Monday as high pressure is in control of our region.

We won't break any records thanks to last year's summer heat wave in the triple digits. 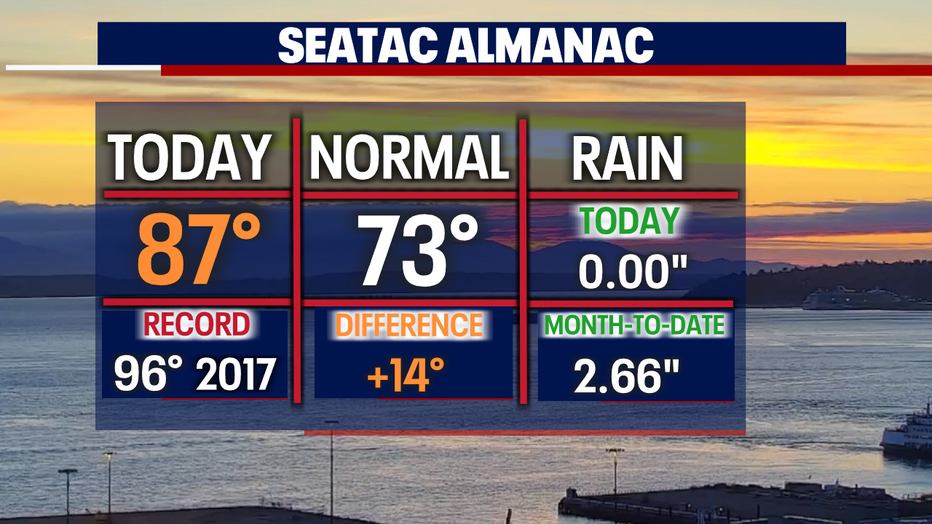 Hard to believe, but 2022 has not seen any 80+ days until today. Normally the month of June has at least four days in the 80s. 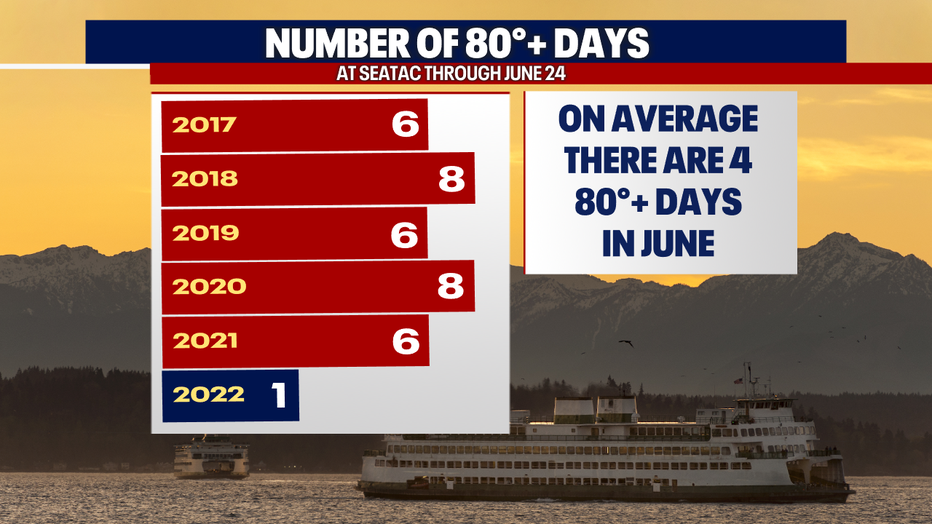 High pressure will remain strong through Monday keeping highs in the low 90s ahead of cooler air. 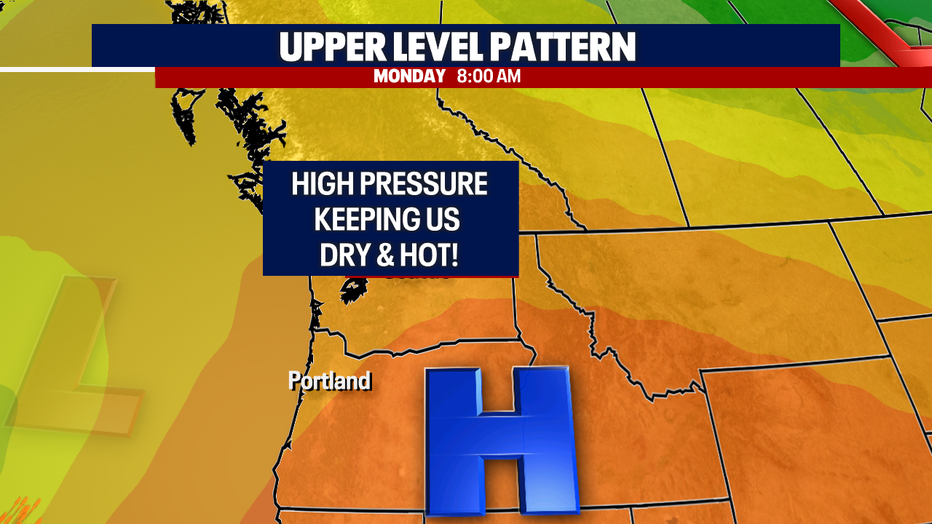 Our "Heat Advisory" will remain in effect through Monday as temperatures land in the upper 80s to mid 90s. 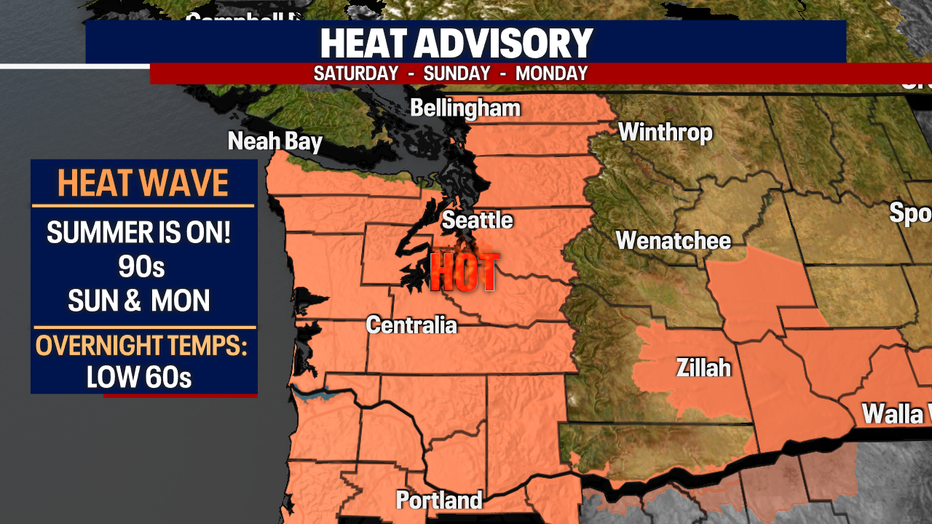 As high pressure starts to slide south Monday, low pressure will ride up the coast. This opens the door for onshore flow to return and cool temperatures starting at the coast first late Monday. Marine air will take over and dramatically drop highs back down into the upper 60s and low 70s. This will feel somewhat cold compared to where we've been the last few days. 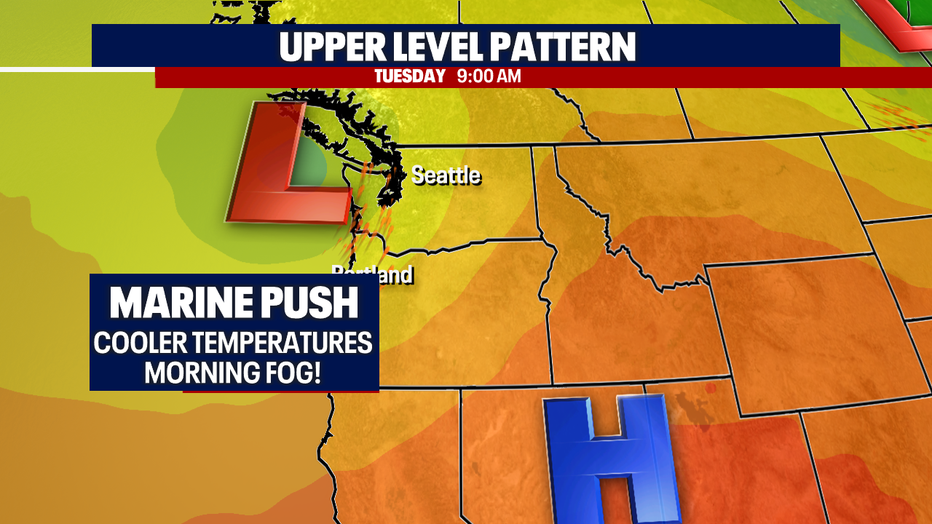 As cool air meets up with warm air, we may see a chance for a thunderstorm or two popping up Monday afternoon for Puget Sound.

Tuesday looks a bit breezy at times with highs Tuesday landing near 70.

Clouds increase on Wednesday with a chance of a few light showers. High drop into the upper 60.

The rest of the week features a slow warm-up with a chance for a few showers at times. Highs push into the mid to upper 70s.

Have a great rest of the weekend! ~Erin Mayovsky, FOX 13 Forecaster 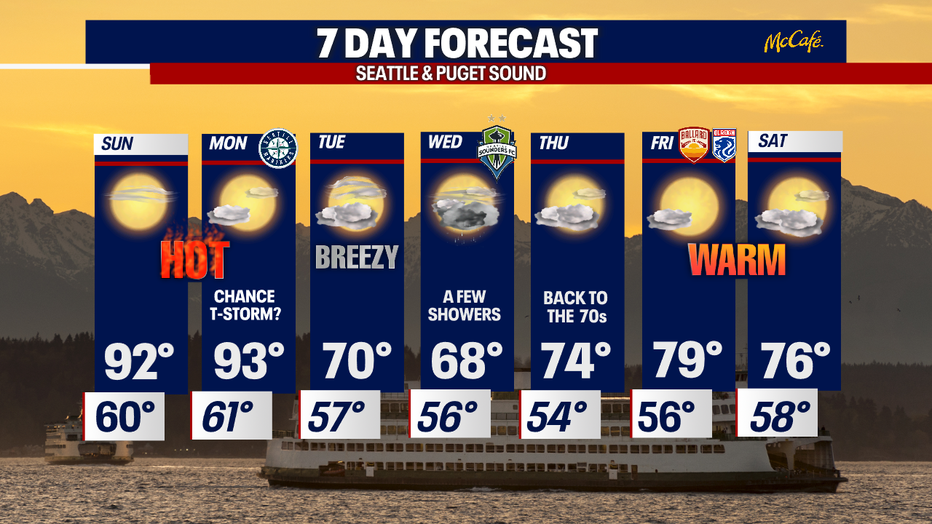 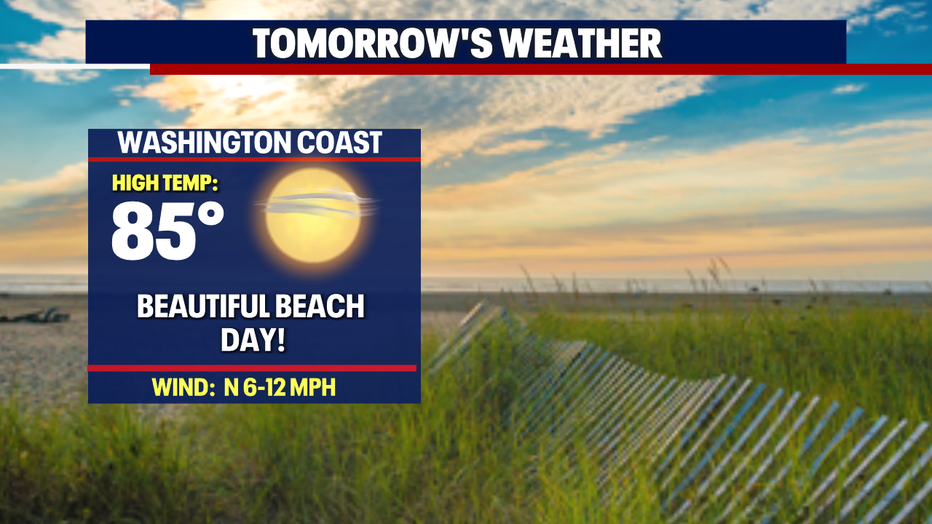 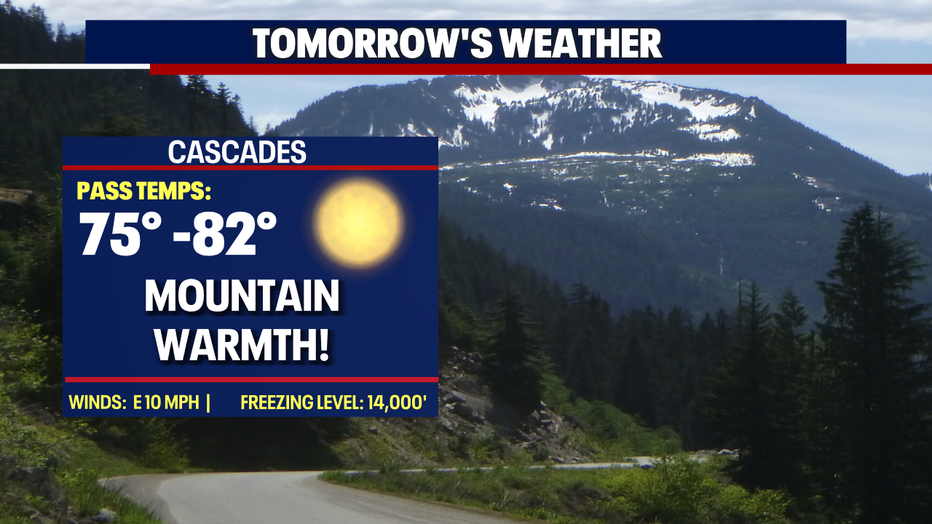 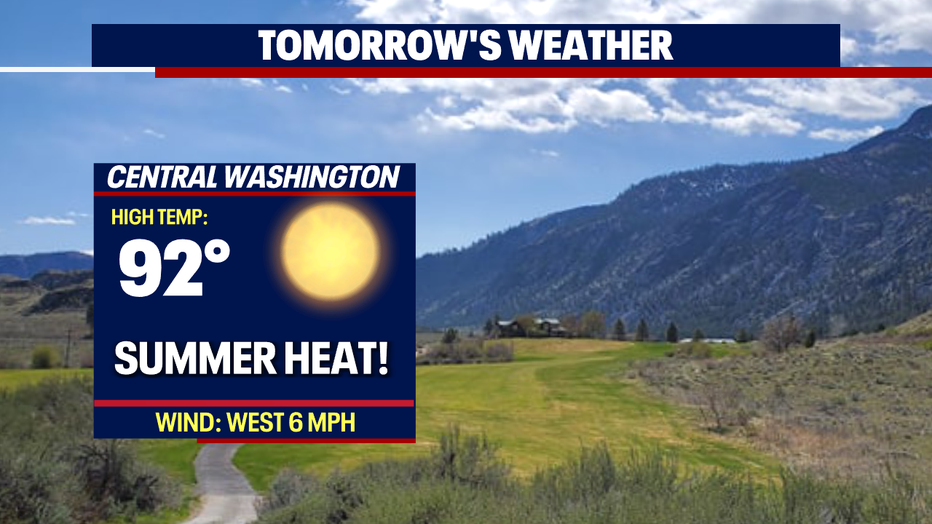