Seattle - What a day we have on tap for folks across the region!  We're forecasting highs in the mid to upper 70s right near average as we close out the last weekend of August! 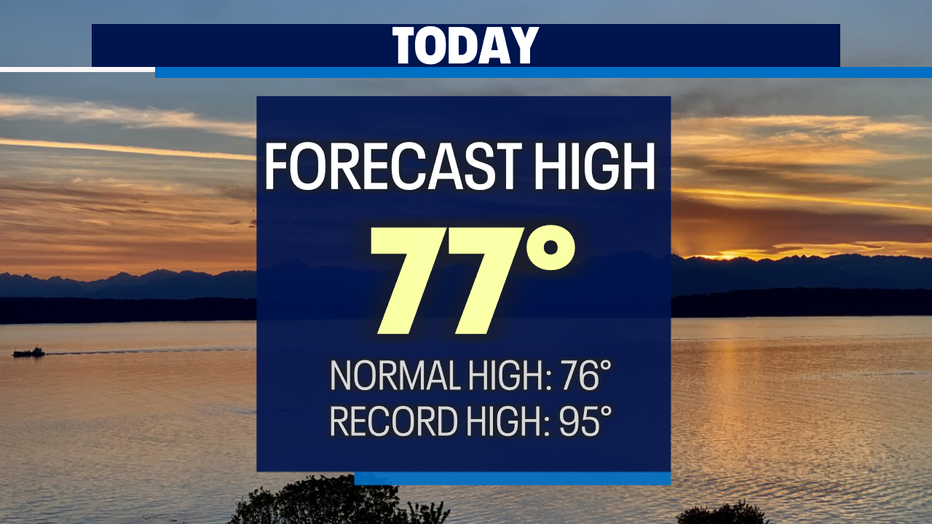 Our dry and warm weather will last through the weekend and then we'll cool off about 10 degrees as we start the work week under an unsettled weather pattern.  An upper level low with hang just north of us over the Canadian border through the start of the work week bringing our highs below average.  As we push later into the week and welcome in September, we'll return to the 70s again with plenty of sunshine. 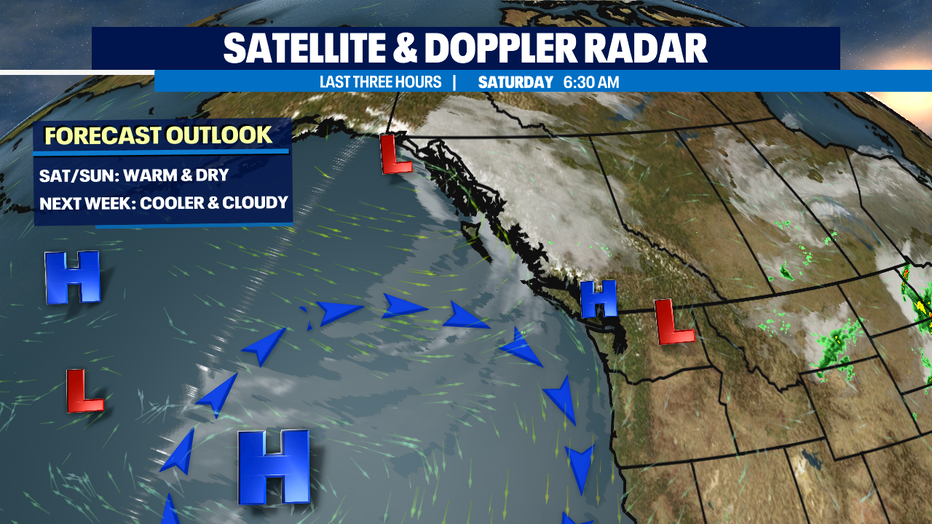 Tonight, skies will see a few high clouds as the Seahawks host their last pre-season game against the LA Chargers.  Kick off set for 7pm from Lumen Field.  Temperatures will cool from the mid 70s into the mid 60s through the game.  Bring a light jacket if you're heading to the stadium and if you're not… you can catch all the game day action on #Q13FOX .  Our crew has you covered from pre-game to post-game!  #GoHawks 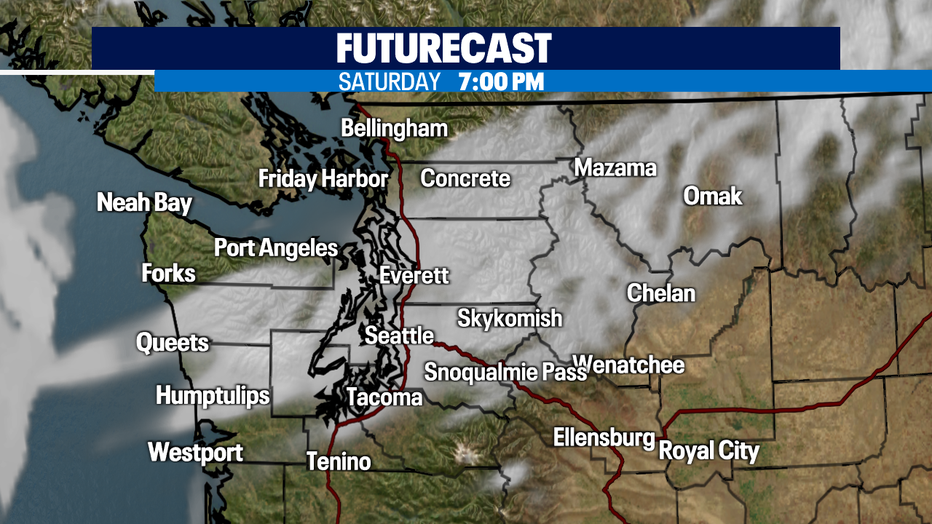 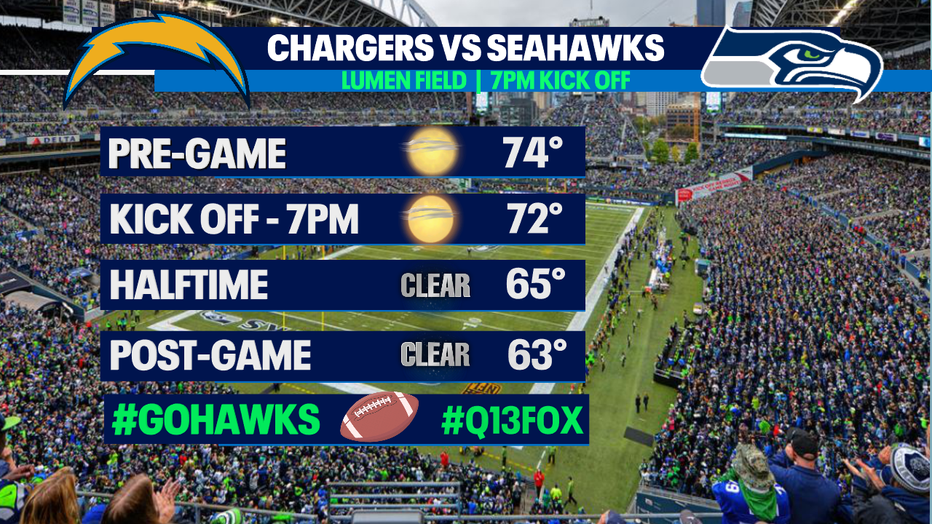 And don't forget about the double header for soccer fans this weekend!  The OL Reign and Sounders taking on Portland Sunday at Lumen Field.  OL Reign kicks off first at 4pm against the Thorns then the Sounders take the pitch at 7:30pm taking on the Timbers! 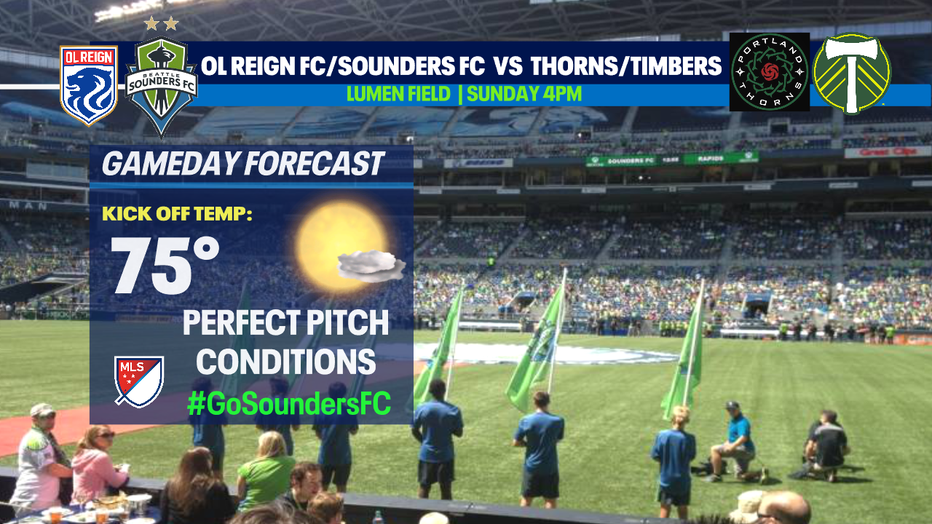 By early Monday morning a few areas could see light sprinkles during the morning commute.  Light showers will be very isolated and hang mostly over the Cascades. What you will notice is the temperature difference Monday and Tuesday as the region sits under mostly to partly cloudy skies.  Highs will drop into the mid 60s! Brr! 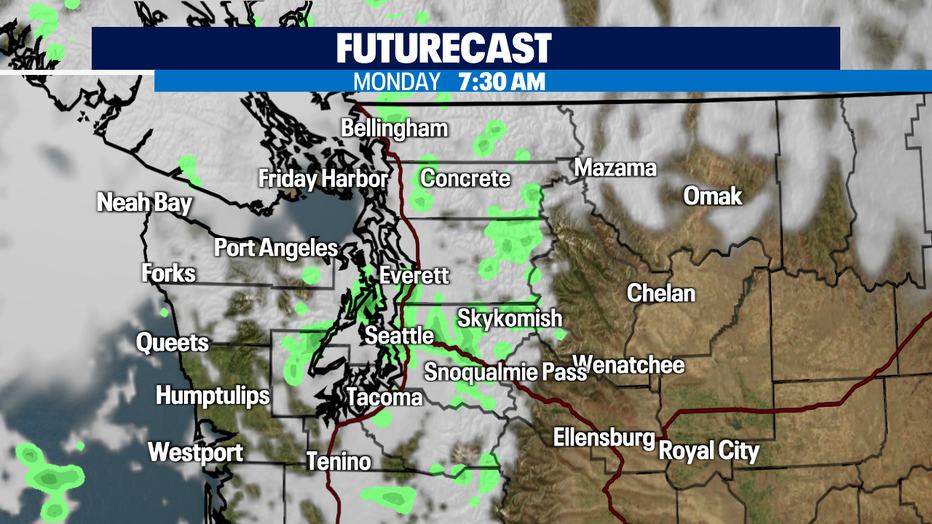 Well below average as far as rain totals go at SeaTac and much of the state. Normal August rainfall at the airport is 0.97" and we're just over a tenth of an inch now.  Our drought monitor has most of Western WA in the abnormally to severe range with Eastern WA in the extreme to exceptionally low range.  This is not good news especially with our forecast calling for minimal rain chances over the next ten days. 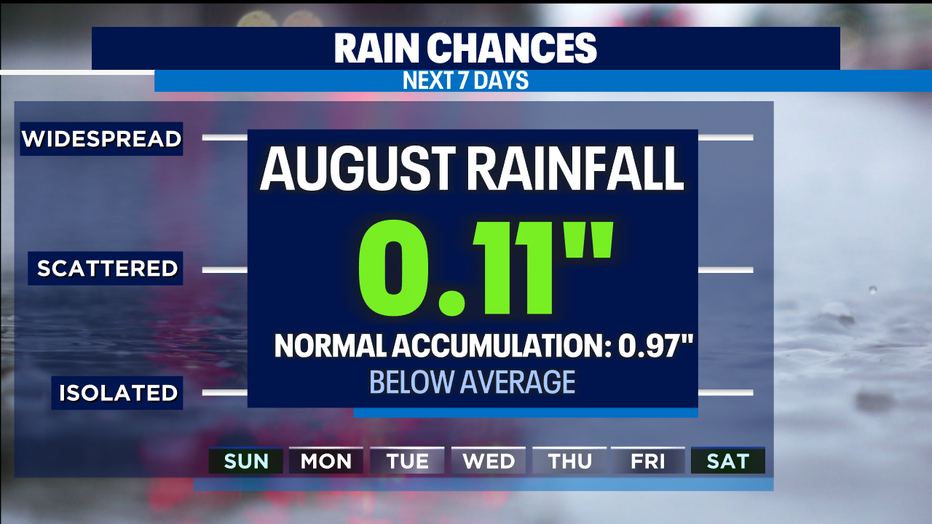 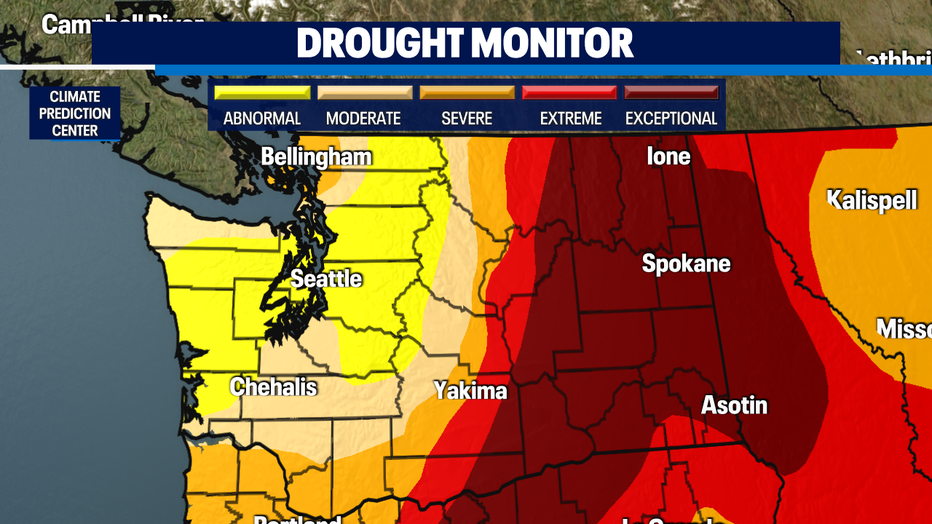 We will rebound into the 70s again as we push into the second half of the work week.  Expect morning clouds with afternoon sunshine.  Highs increasingly warmer through the week with next Friday pushing 80!  Enjoy!

Have a great day all! ~Erin Mayovsky, Q13 Forecaster 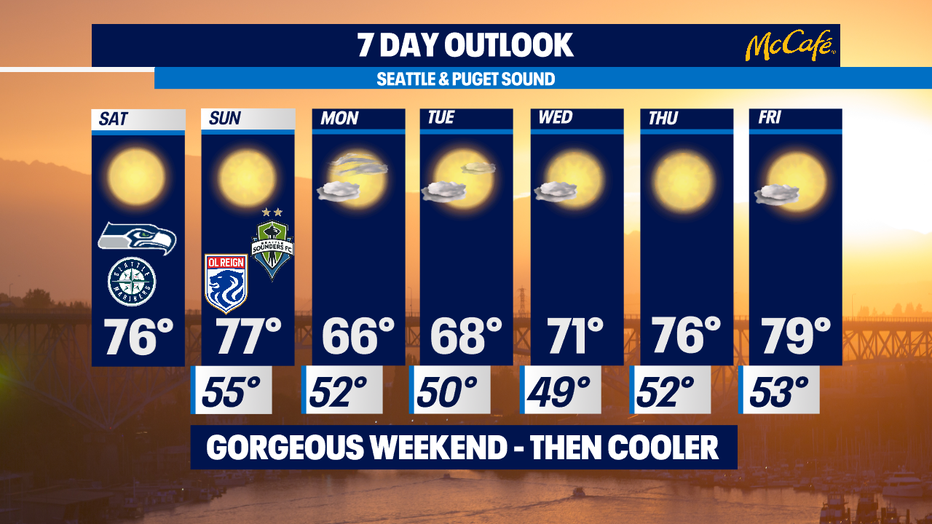 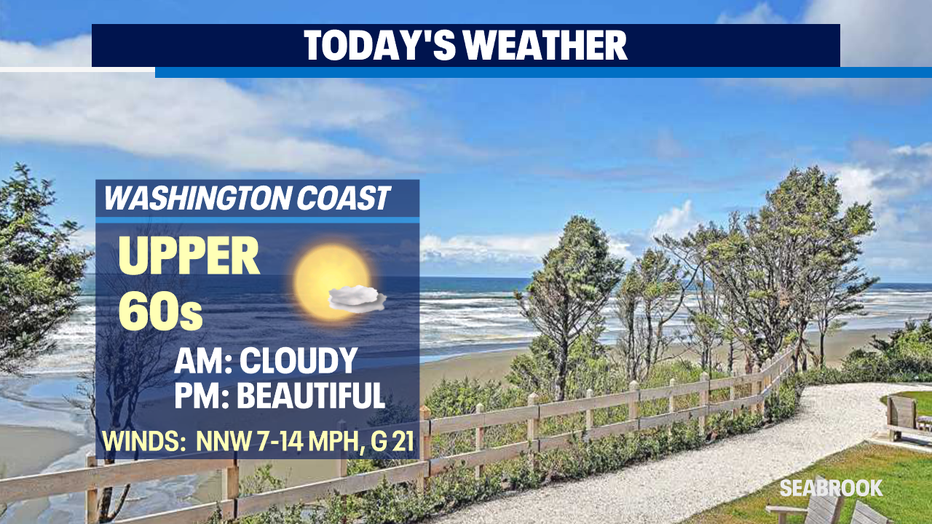 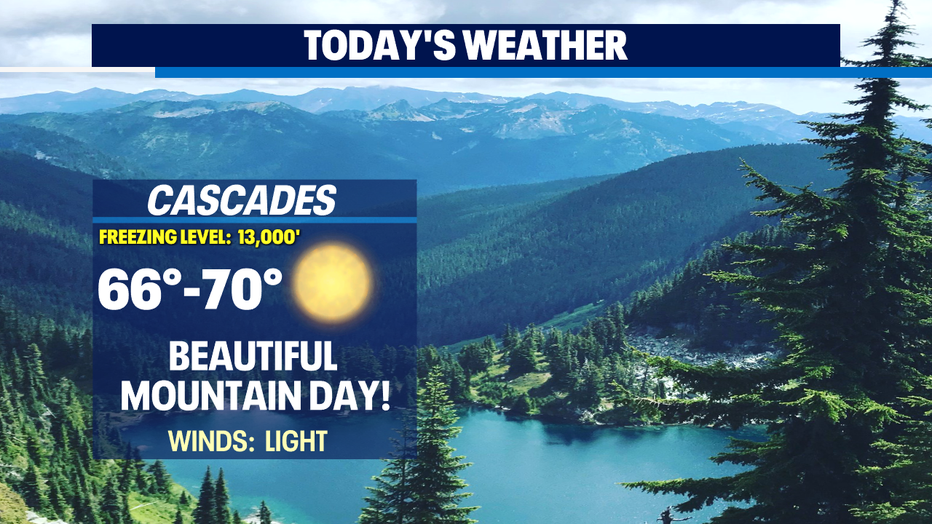 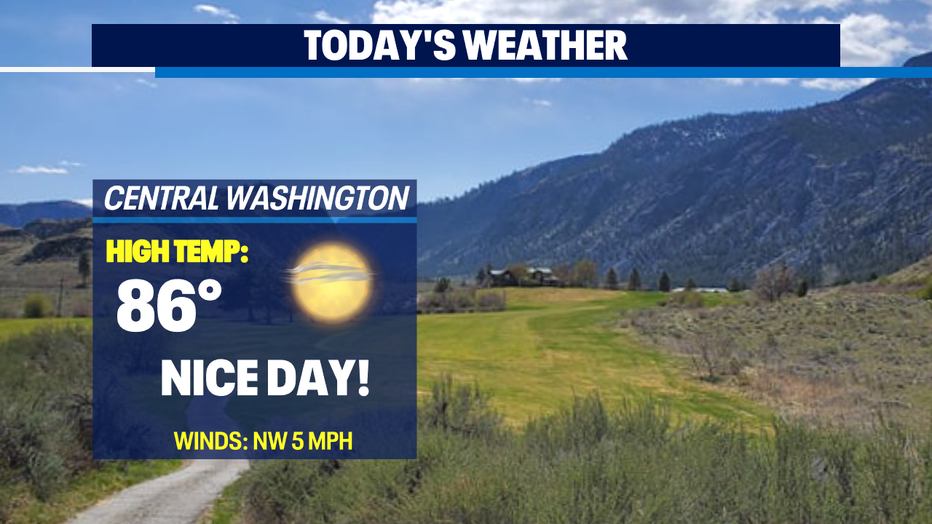 #HurricaneIda is intensifying into a major hurricane.

Hurricane warnings are now up for Intracoastal City, Louisiana eastward to the mouth of the Pearl River including the New Orleans area.

Peak winds near 130-150 mph (Category 4 speeds) are expected with life threatening storm surge up to 10-15 feet as Ida makes landfall.

Ida's impact will be major, this on the anniversary of #HurricaneKatrina landfall in southeast Louisiana and Mississippi on August 29th, 2005. 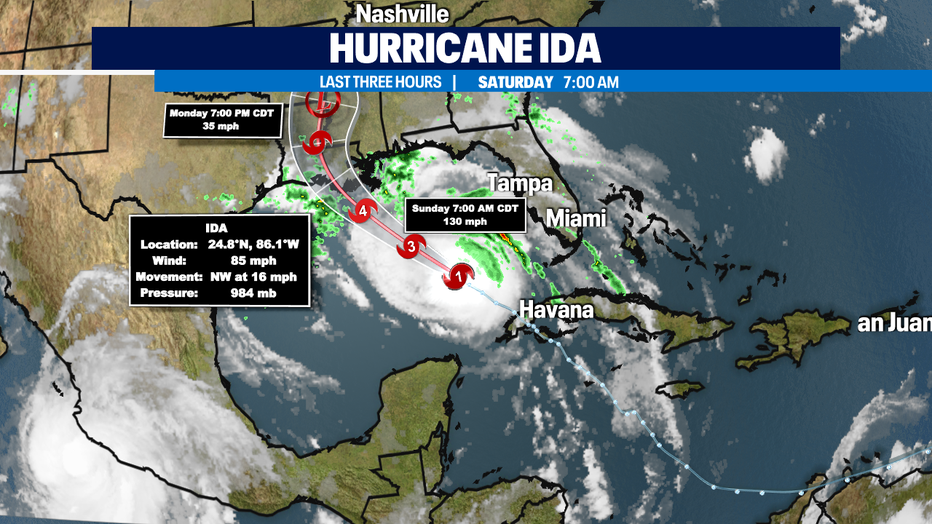