Temps getting into the mid 80s over the weekend

The end of the week and beginning of the next will see above-average highs, with Sunday expected to hit 85 around Puget Sound

SEATTLE - What a way to start the summer: above-normal temperatures across the region! Seattle hit 76 today, and that's four degrees above average on this first day of the new season! 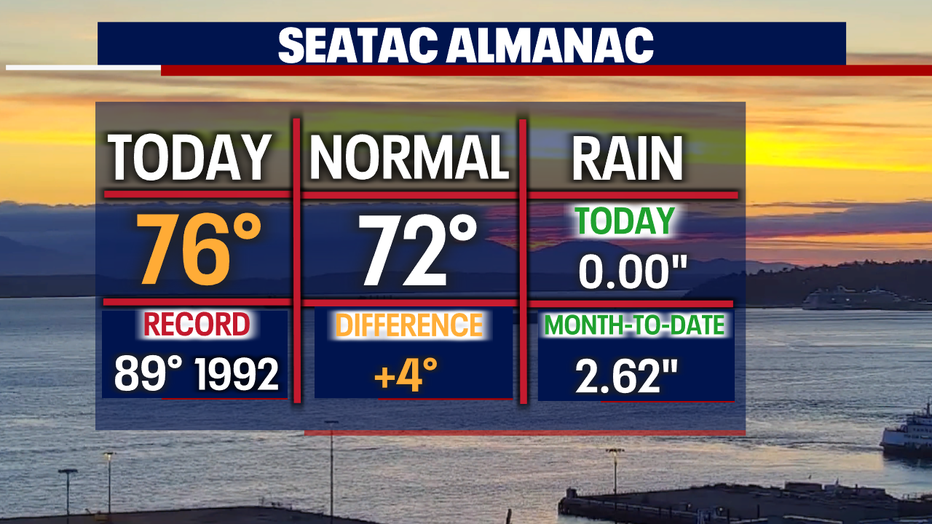 Clouds will increase overnight as a weak front approaches. We'll see a chance for a few light showers, mainly north of King County and into the mountains. Lows will fall into the mid 50s for most. 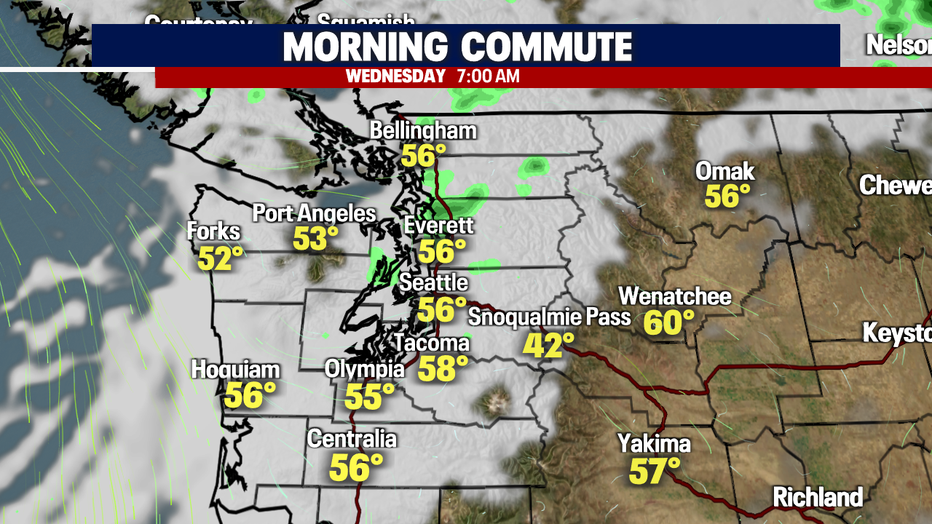 Highs won't be as warm Wednesday as they were Tuesday. Temperatures will fall off by about 10 degrees for some into the mid to upper 60s along the I-5 corridor, thanks to that small disturbance moving through B.C. The North Sound drops into the low to mid 60s, while the Central and South Sound land in the mid to upper 60s. 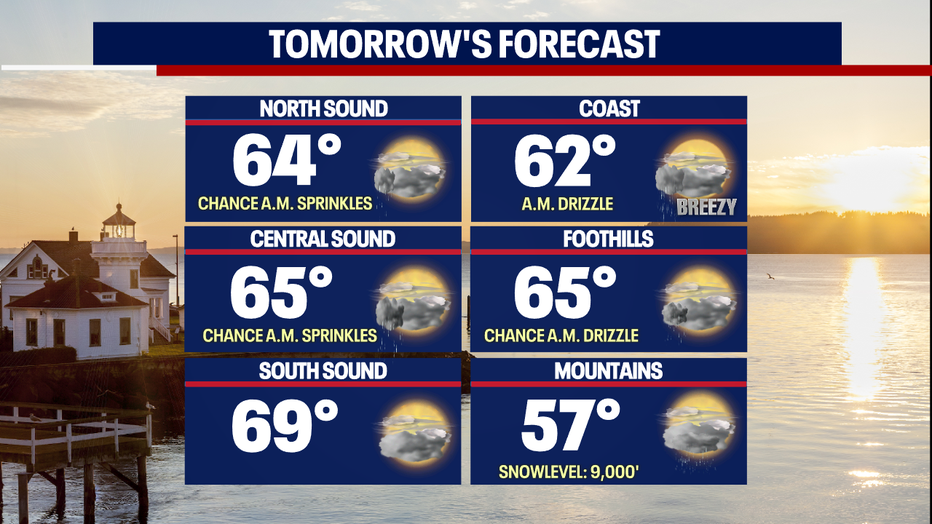 High pressure will finally dominate and take control of the forecast as we close out the week. In fact, we'll heat up into the 80s this weekend. We can expect the warmest temperatures of the year Saturday, Sunday, and Monday. Don't forget the sunscreen, folks, and stay hydrated! 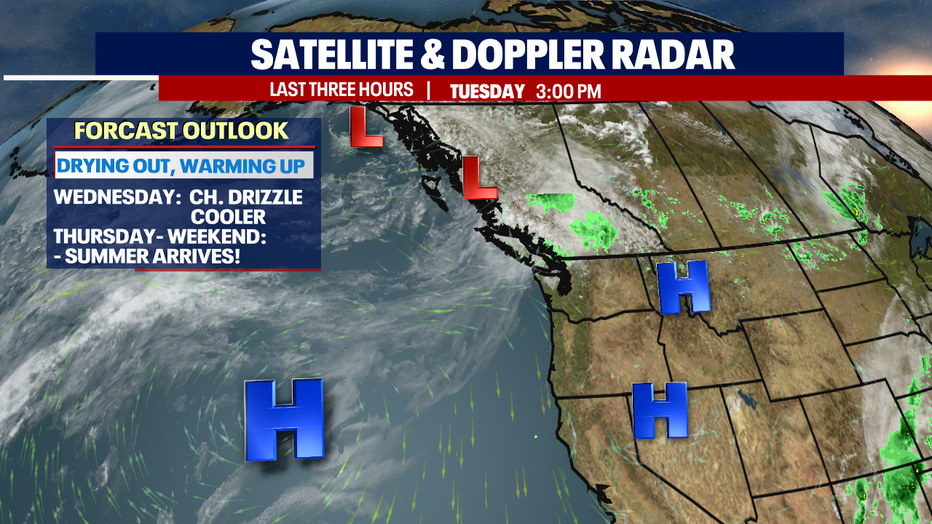 A quick reminder that water temperatures around the area are running very cool! Most waterways from rivers, lakes, to Puget Sound are only in the mid to upper 50s to low 60s. 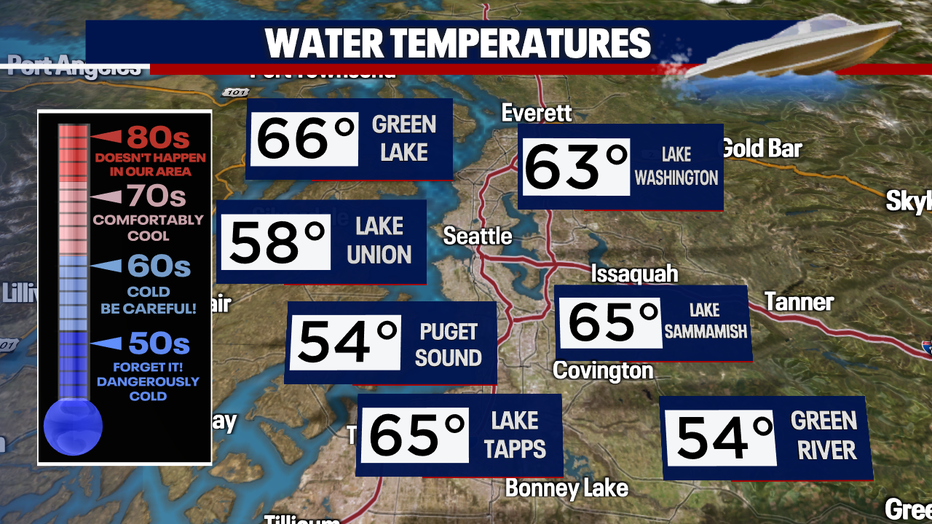 The weekend starts off in the 70s Friday with highs soaring into the low to mid 80s Saturday, Sunday, and Monday. We'll cool just a bit back into the upper 70s Tuesday. Enjoy! 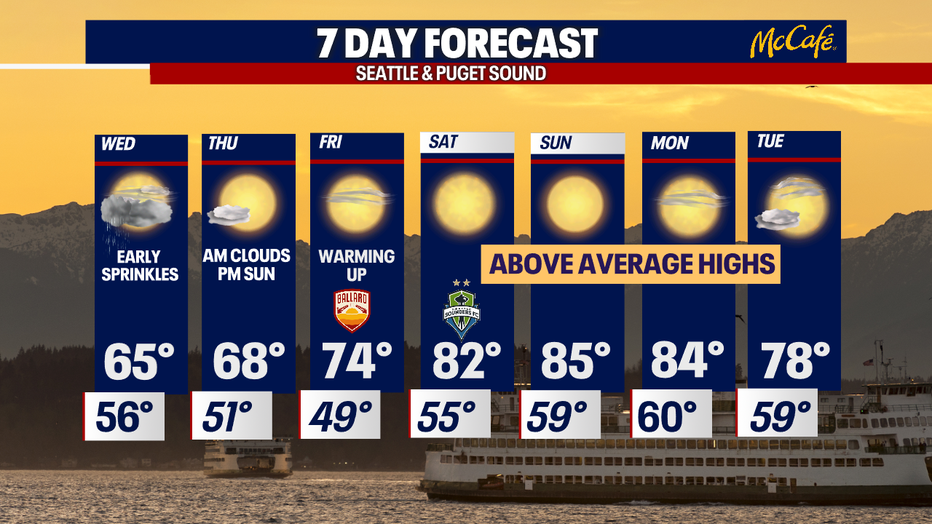 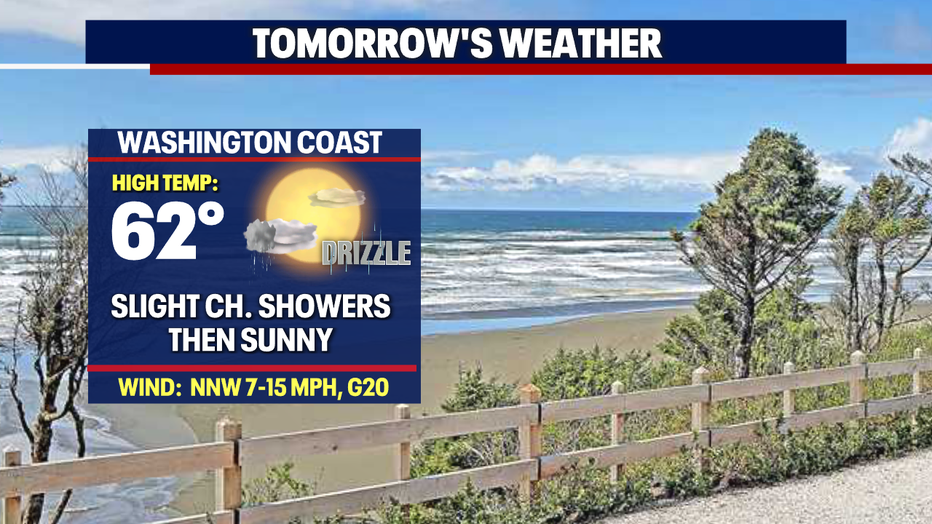 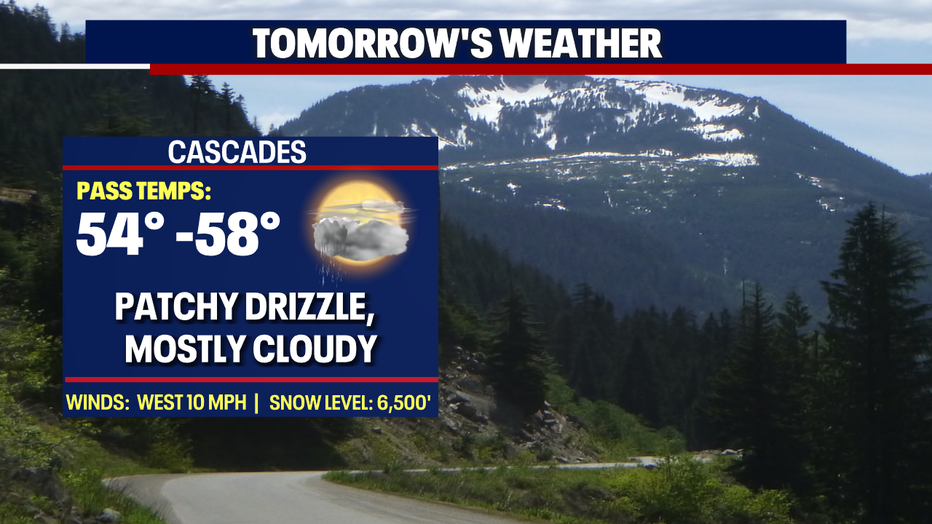 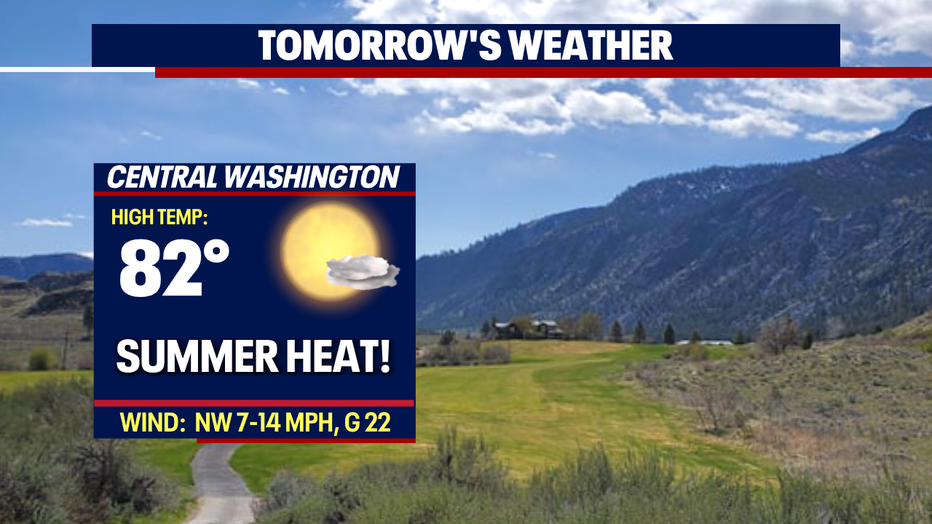