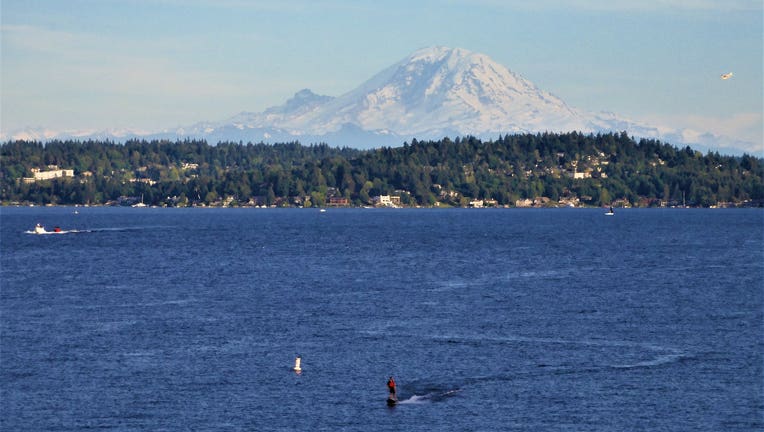 SEATTLE - SEATTLE -- Summer -- at least the meteorological version of it -- ended Tuesday night as the calendar flipped to September, and was it one to remember!

Of course, the major story of the season was June's historical heat wave that scorched the Northwest in ways had never been recorded around here, with temperatures smashing all-time records by several degrees. Some places around Western Washington reached over 110 degrees (including Forks!) while Seattle had three consecutive triple-digit days, peaking at 108 degrees on June 29.

The record heat left some amazing statistics in its wake -- like how Seattle's all-time high is now hotter than Salt Lake City (107), Atlanta (106) and New York (106).

It did not top Houston's 109 degree all-time high but managed a feat this summer Houston hadn't: Reaching 100 degrees. While as mentioned, Seattle hit 100 three times this summer, for the first time in seven years, Houston managed to go an entire summer without hitting 100 -- though it was close. Houston reached 99 on Tuesday at the buzzer.

Houston averages six 100-degree days a summer, though that average is skewed a bit by the blazing summer of 2011 when they hit triple digits 41 times. Take out that year and the average drops to four.

"Believe it or not, the humid climate in Houston can help keep the temperatures from reaching 100 degrees," according to FOX Weather Meteorologist Aaron Barker, who is based in Houston. "That's because humid air can't hold as much heat as the dry air that you find in desert climates."

Though you can't blame those in Houston for thinking summers and 100 degrees go hand-in-hand as the humidity makes it feel well over 100 degrees on several days.

"While we may not have hit 100 degrees so far this summer, you could've fooled me," Barker said. "Just this week alone, the heat index has been near 110 degrees in some places around Houston."

The statistic may not hold into "meteorological autumn" as Barker said temperatures were set to threaten 100 in Houston on Wednesday.

The rest of the summer stats

Seattle had one more hot weather stretch in mid August when the temperature reached 90 for three consecutive days, peaking at 95 degrees on Aug. 12.

It was also a very dry summer with Seattle nestling in a stretch of 51 consecutive days without measurable rain at Sea-Tac Airport --- good for second longest streak on record. Olympia on the other hand managed to destroy their record with 71 straight days of no measurable rain.

Though it wasn't dry for the *entire* summer -- the first half of June was quite cool and wet with a chilly high of 55 amid rain on June 6 and then a rare summer atmospheric river hit on June 13 dumping nearly an inch of rain in Seattle and far more to the south.

But Seattle had quite its share of pleasant days as well, with nearly the entire month of July and a good portion of late August locked in a stretch of 70s and low 80s.

Overall, the average high temperature was 78 degrees, which is 2.6 degrees above normal and good for 3rd warmest on record with June's heat wave skewing what probably would have ended up close to a slightly warmer than normal summer without it. August by itself was just a half degree above normal.

But the number of warm days continues to trend well above average. Seattle had 39 days at or above 80 degrees -- well above the average of 28, and we can still get 80s in September. We had 8 days at 90 or hotter which blows way past the average of three. And of course, 3 days at 100+ which the average is somewhere between zilch and never.

The long range forecasts suggest autumn may finally trend back closer to normal. The 90-day forecast from NOAA shows while September is trending in a continued warm and dry trend, the overall autumn outlook is leaning wetter than normal with close to average temperature.