Rain in the forecast for the beginning of the week and temperatures will be closer to 70 on Thursday!

Rain continues to move into Western Washington this afternoon. Expect it to become more widespread and pick up in intensity as the day goes on.

South winds will also be picking up this afternoon. In the north sound and on the coast, gusts could reach 45-55 mph. For the central and south sound, we could see gusts up to 40-50 mph. High wind watches and advisories are in effect for many locations in Western Washington. 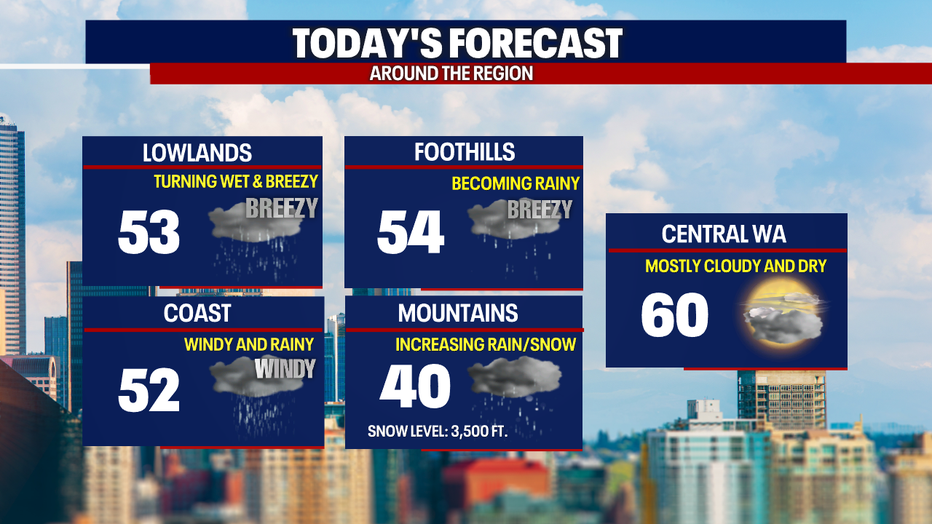 Snow levels will be in the 3,000 to 4,000 feet range today, but later tonight snow will drop below pass level. The National Weather Service has issued a Winter Storm Warning for the Cascades. One to two feet of fresh powder is expected with poor visibility. Travel will be very difficult over the passes tonight through Tuesday morning. 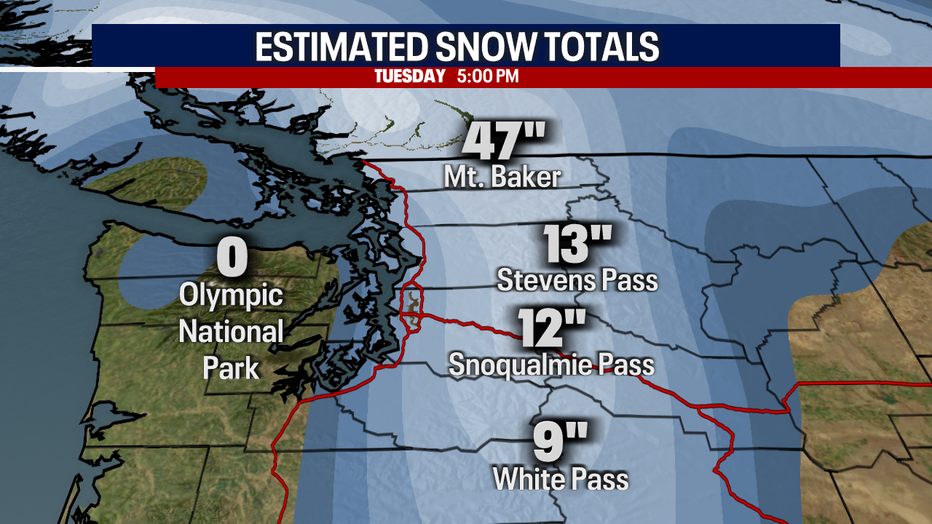 After some morning showers on Tuesday, things will start settling down. Wednesday and Thursday will be dry with warming temperatures. Highs could top out close to 70 degrees in some south sound locations Thursday. Light showers return to the area Friday and Saturday. 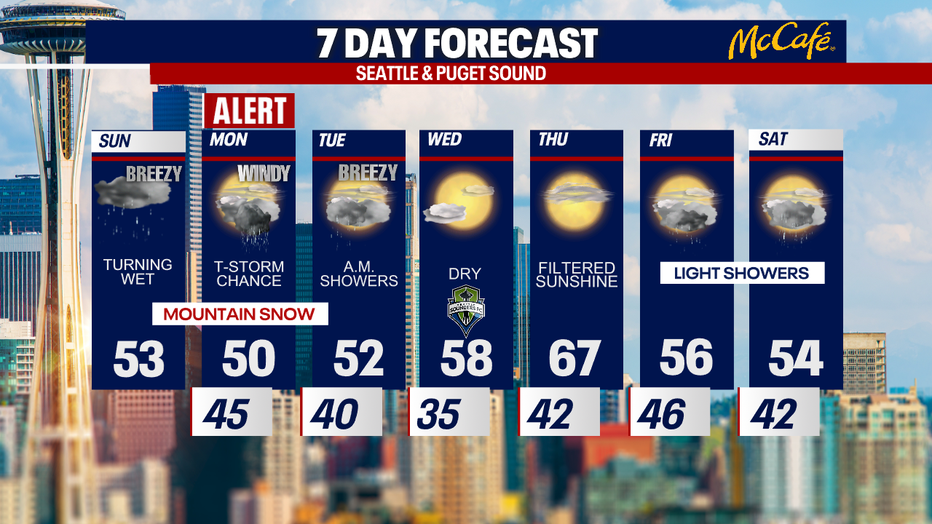