Rain and wind will pick up Friday as this subtropical system slams the region. Rain totals range from nearly 0.50" to just under 4.00" for the lowlands with even more across the mountains.

November is the heart of the rainy season in the Pacific Northwest, and this year storms are right on cue.

A strong atmospheric river is pouring several inches of rain across Washington and parts of Oregon, threatening to send several rivers over their banks and bring damaging winds. 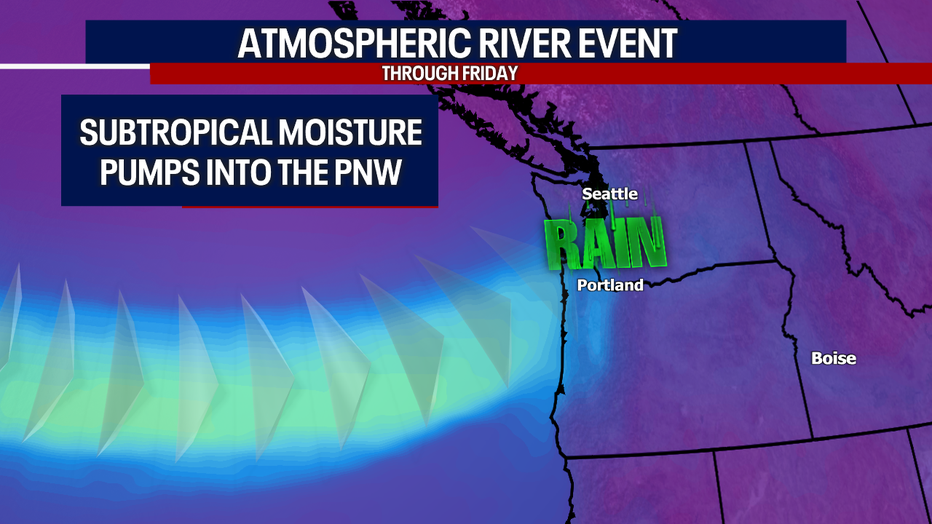 As much as 4 to 8 inches of rain was likely in the Olympic Mountains and Cascades, with 1 to 3 inches possible in the Western Washington and Oregon lowlands – perhaps up to 4 inches along the coast.

"(A) big ridge of high pressure in the Pacific Ocean that is locking into all this Pacific Moisture and pushing it right int the Northwest and that puts that storm belt right on top of Washington and Oregon," FOX Weather Meteorologist Britta Merwin said. 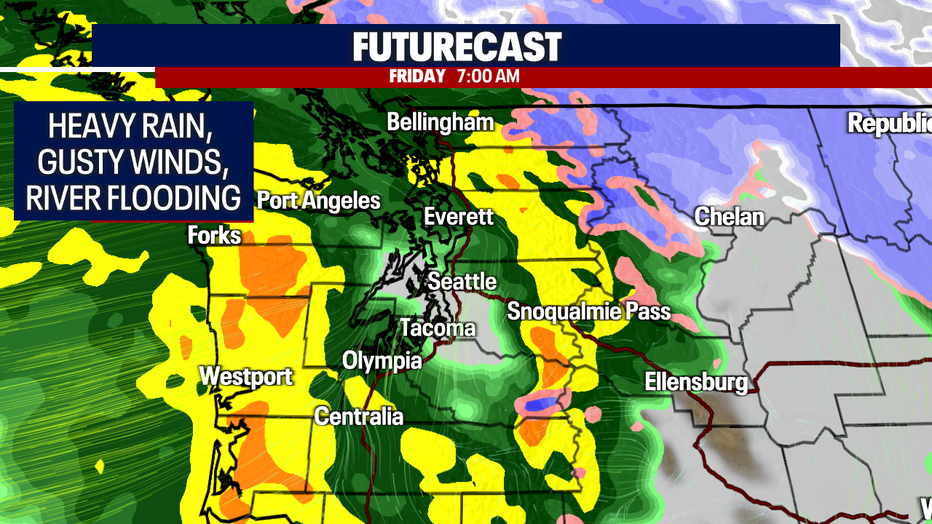 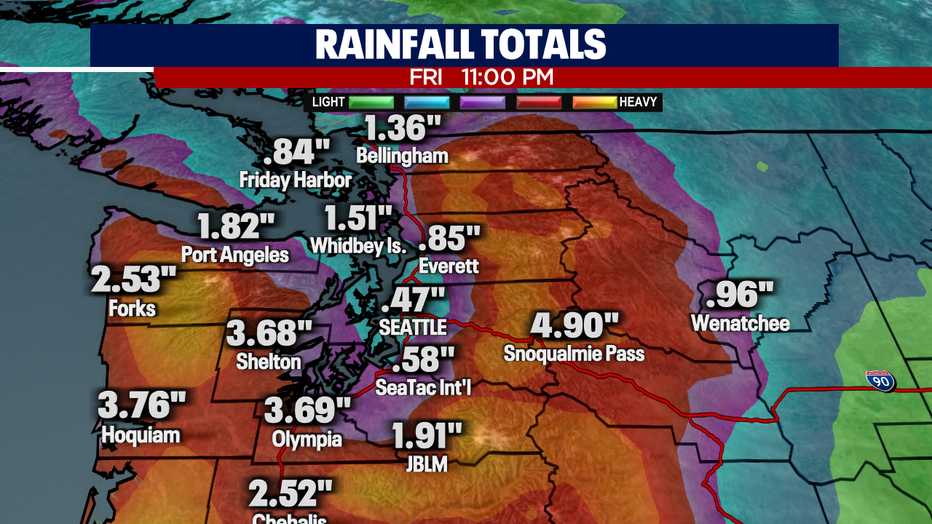 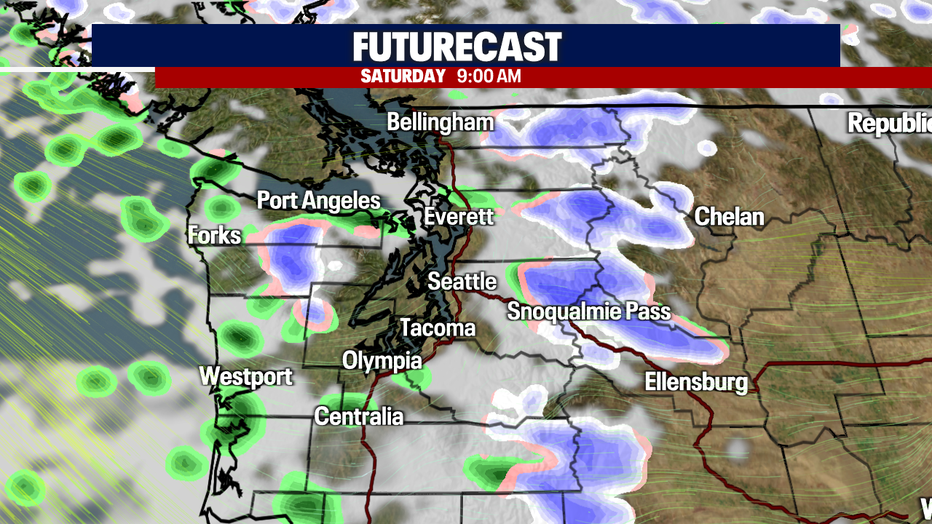 Flood Watches are in effect for all mountain-fed rivers in western Washington through Saturday evening. 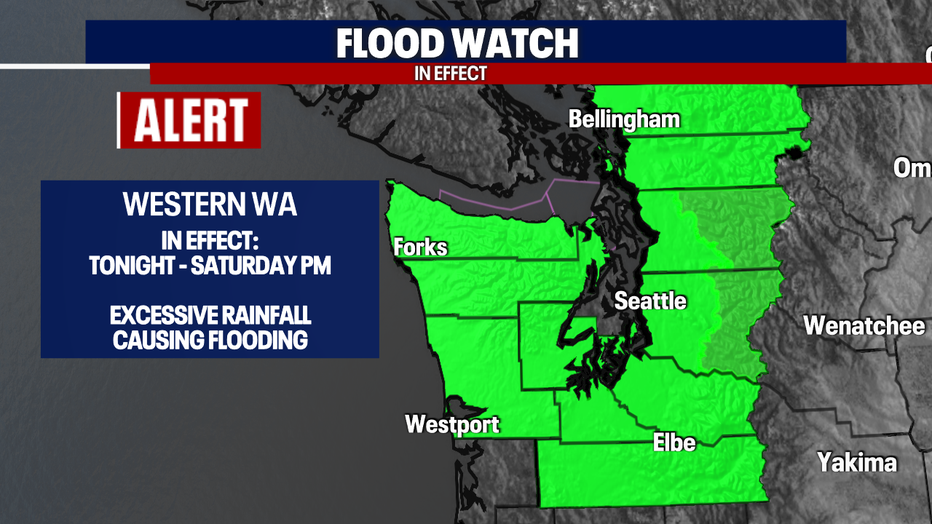 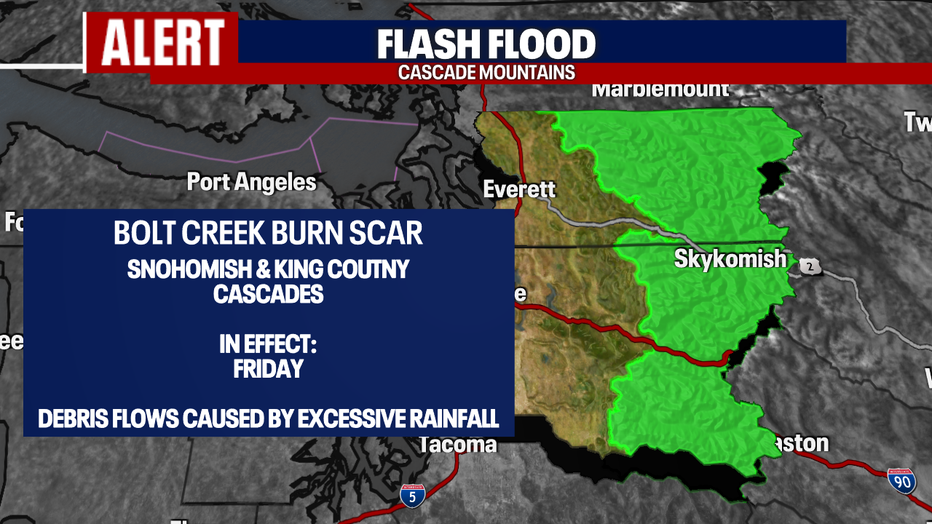 According to the FOX Forecast Center, strong winds are likely with gusts up to 40 to 45 mph likely across much of Western Washington, except higher gusts up to 50 mph are likely along the coast.

However, a localized area north of Seattle and along Whidbey Island could see a westerly surge of wind gusting as high as 60 mph as the storm's front passes, leading to High Wind Warnings there. 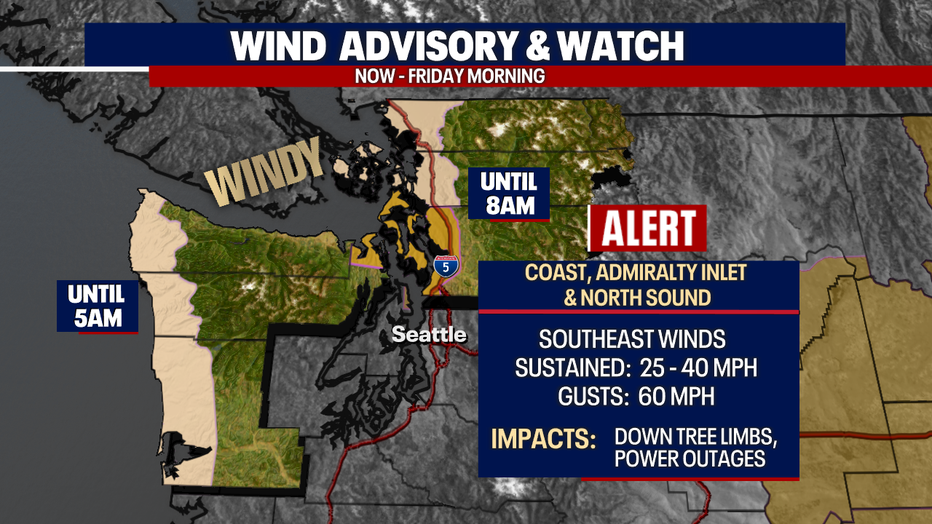 Officials are warning of potential power outages across the area. 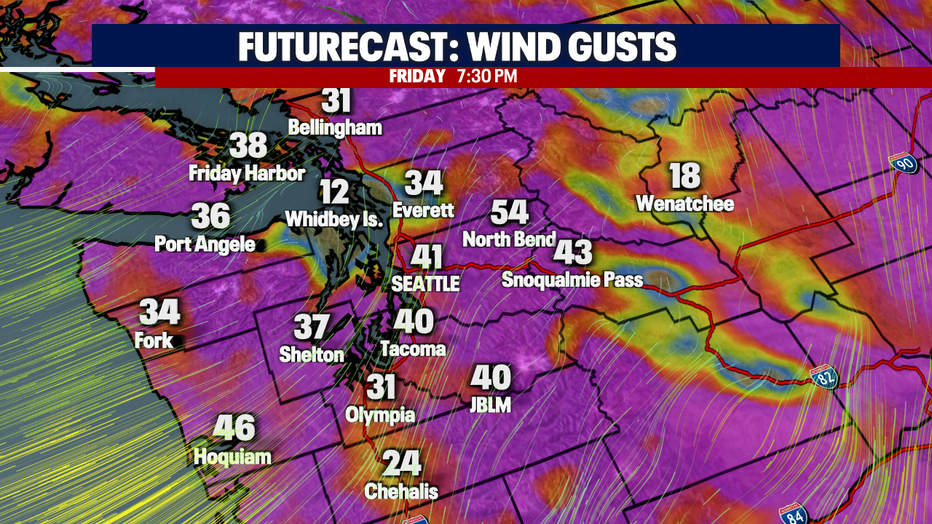 Wind gusts are forecast to reach 40 to 45 mph across the northwestern Oregon lowlands and the Willamette Valley, including the Portland area. Higher gusts are expected in the coastal mountains and their foothills.

Meanwhile, up in the Cascade Mountains, the storm began as heavy snow, snarling traffic. Interstate 90 was closed for much of Thursday night and Friday morning across Snoqualmie Pass due to multiple spin-outs and crashes, according to the Washington State Department of Transportation.

The freeway reopened just after 5 a.m. PT, WSDOT said. Snow totals reached 11 inches in 9 hours at the pass, according to WSDOT gauges.

Warmer air will eventually arrive to change the snow to rain as snow levels zoom up to 8,000 feet, but snow levels will return below pass levels Friday night.

Farther east, heavy snow will break out Friday across the Bitterroot Mountains of Idaho. More than a foot of snow is all but certain here above 4,000 feet. A few inches of snow will even be possible in the valleys.