Still unseasonably chilly, but big warm up next week

SEATTLE - Happy pre-Friday! Most of the front delivering our first measurable rainfall for April has mostly moved through. Scattered isolated showers are being replaced by blue skies in a lot of locations already

We'll be improving on yesterday's meager high temp of 48 at SeaTac. That'd be an average high temp for the end of January, not the beginning of April. 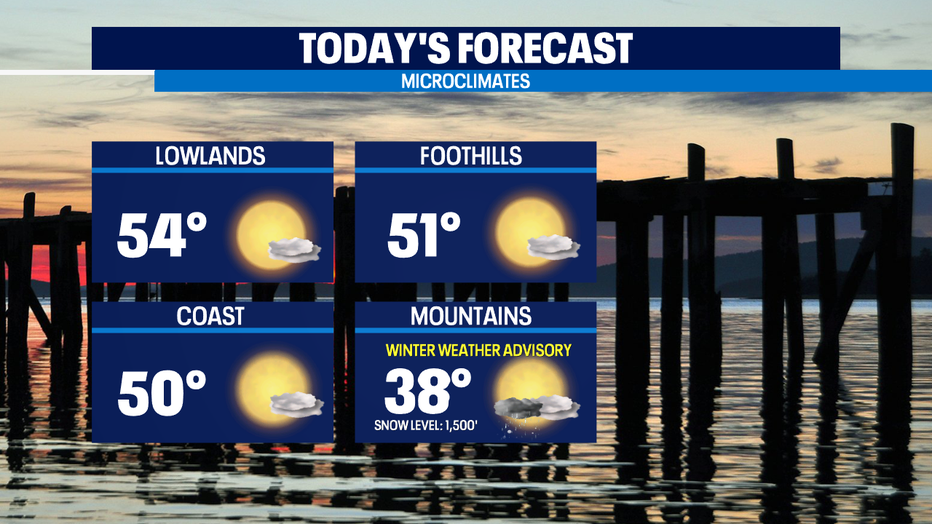 We've still got snow falling in the Cascades where a Winter Weather Advisory continues until 9a. That will mean difficult travel for folks getting over the passes this morning. Don't let your guard down, we've got one more round of unseasonably cold and soggy weather heading our way as we get into Fri PM and the first part of Saturday. 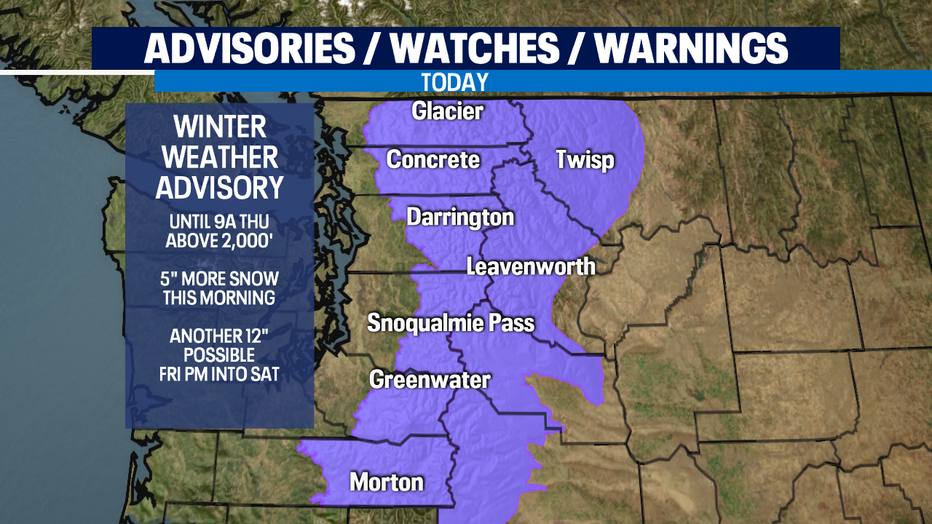 The lowlands get a shot of some chilly rain by the afternoon -- but in the mountains this will mean another round of winter-like weather with some spots getting another 6-12" of new snow. Carry chains if you're going to be going through the mountain gaps. Right now that Friday weather system is still over the Gulf of Alaska, but it's heading our way. 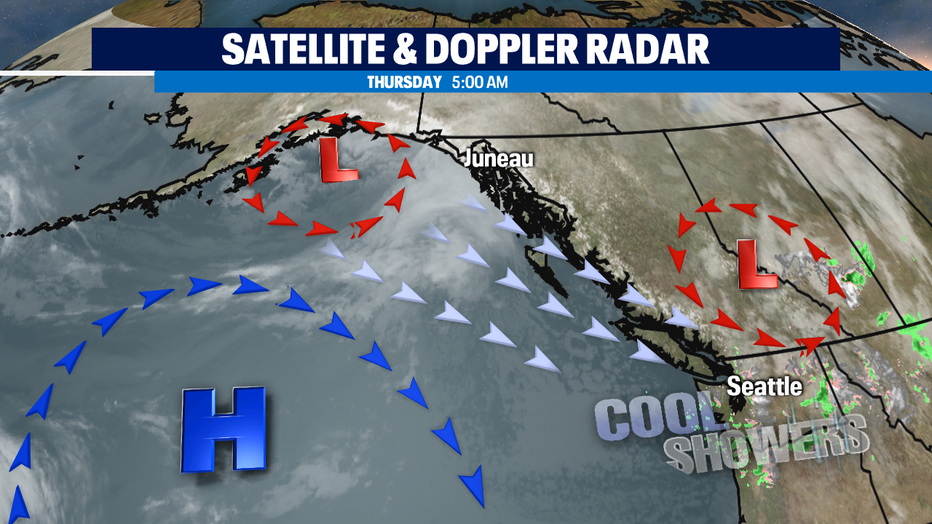 The second half of the weekend looks drier, warmer, and sunnier. By mid-week we're talking full spring warm up with temps in the mid 60s and abundant sunshine. Big improvements ahead for winter weary Northwesterners. 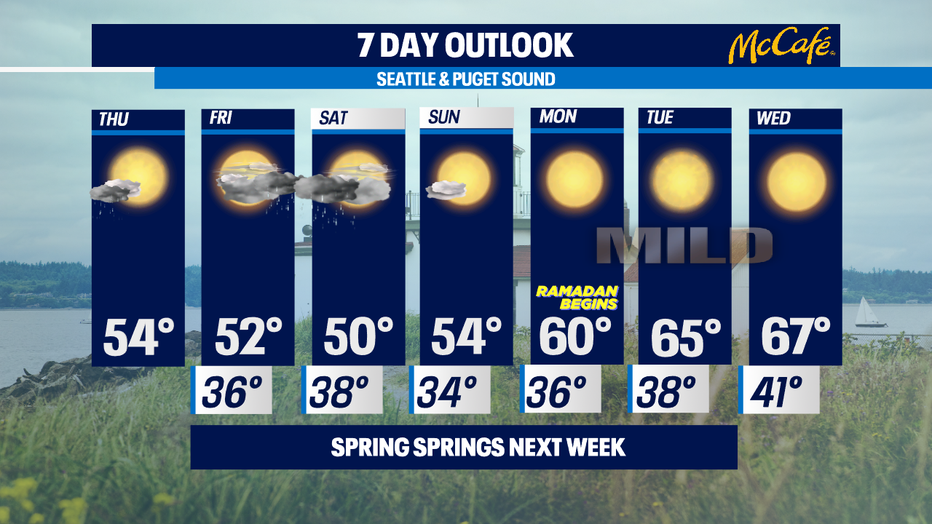 On average, we hit 70 for the first time each year by April 15th. So still a chance to get this chilly spring back on track. -Tim Joyce