Some of the rain clears out this week

FOX 13 Forecaster Erin Mayovsky is tracking some brief breaks in the rain this week.

SEATTLE - A weak front will move through overnight and stall out just to the north of us in British Columbia though late Sunday.   Puget Sound will stay mostly dry though, but by early Monday we may see a few more showers as an upper-level trough slides across the area. Highs Sunday will jump up over average again just as they did Saturday.  We're forecasting upper 50s to near 60 for the metro with slightly warmer highs to the south. 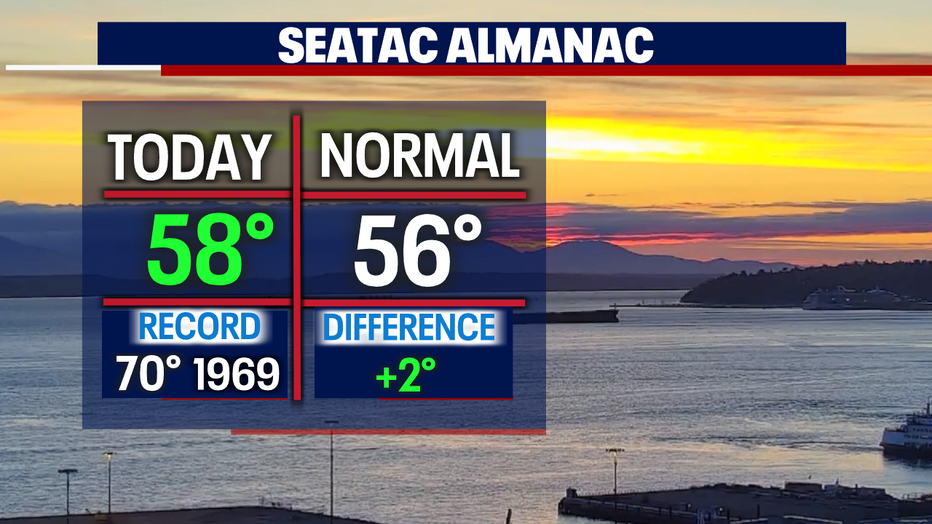 Sunday skies are mostly cloudy with just a slight chance of showers for couple locations like the Strait and the Cascades, otherwise we'll be dry. 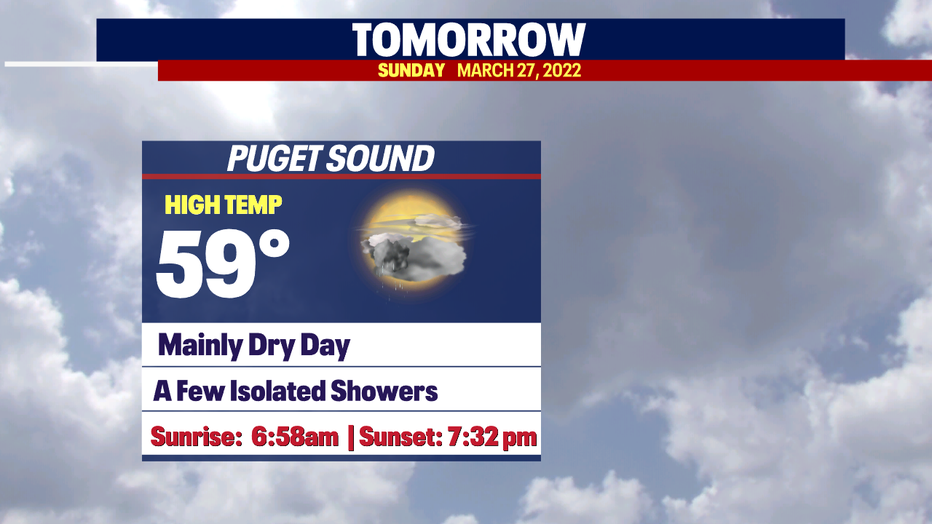 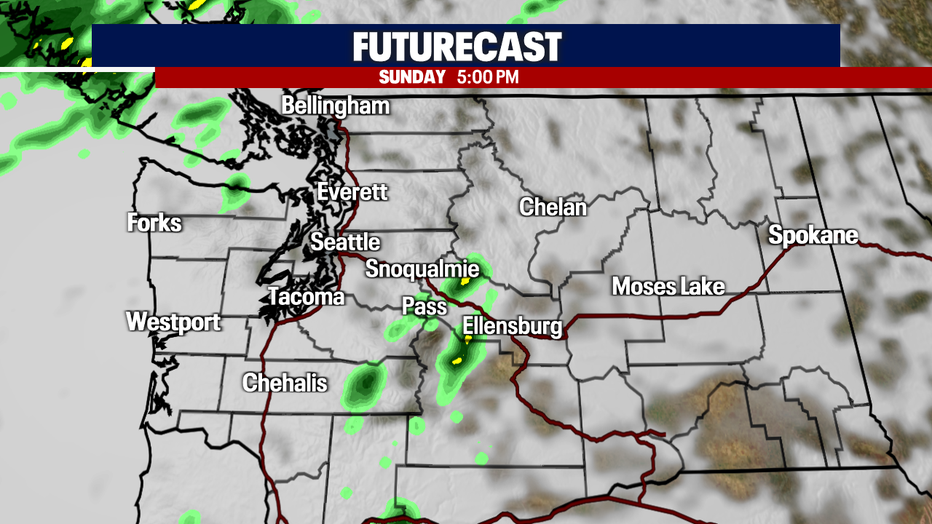 Highs cool Monday as we see another chance for a few showers to roll through Western WA.  Temperatures dip down into the low to mid 50s. 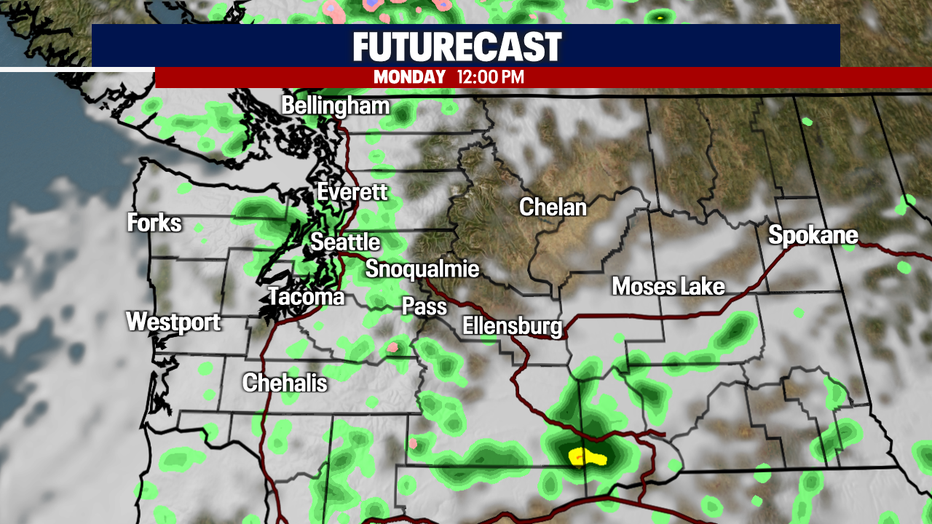 By Tuesday, a ridge moves inland from offshore.  This will keep us dry with highs climbing to near 60 again.

A weakling front arrives Wednesday dropping in the chance for showers.  Highs drop to near 51, but we rebound nicely with dry conditions as we close out the week.  Look for partly cloudy skies Thursday and Friday.

Saturday there is some uncertainty with models… at this point we're going with mostly cloudy skies and a chance of showers.  Highs in the upper 50s. Enjoy!

Have a great rest of the weekend! ~Erin Mayovsky, FOX 13 Forecaster 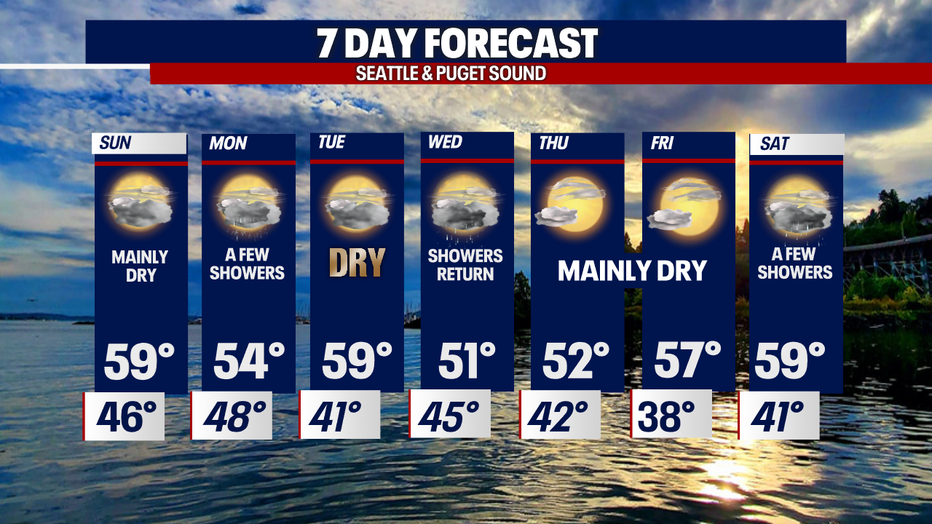 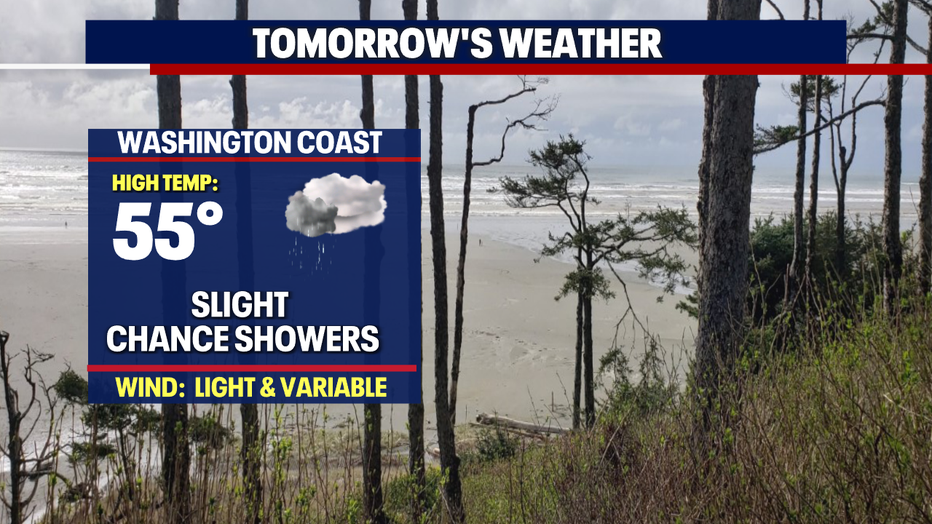 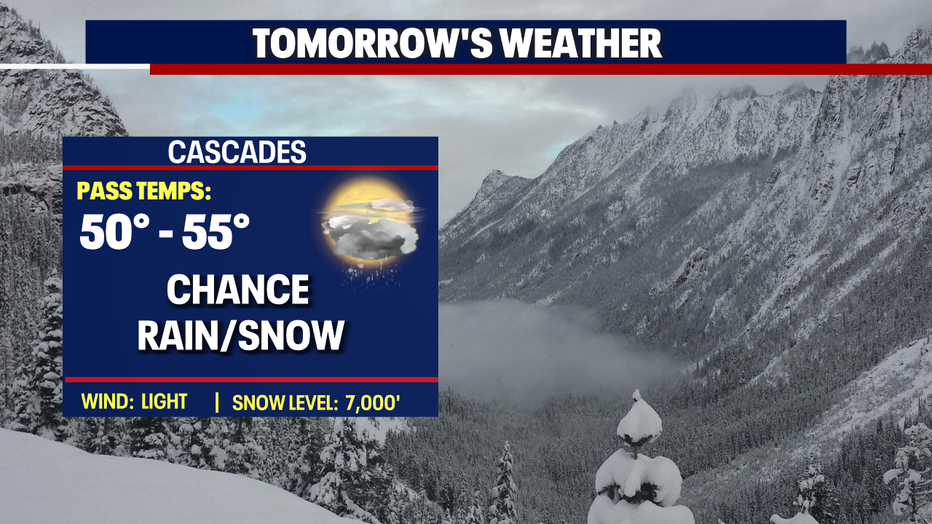 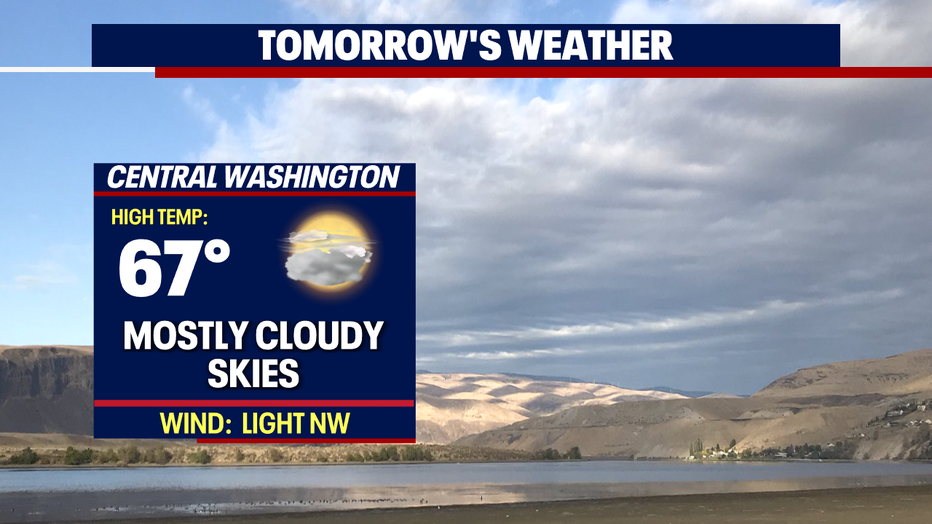