SEATTLE - We're drying out this morning and the showers in the south end of Puget Sound and we'll continue to see our morning showers lift north as we get through Friday. High temperatures with those peeks of sun could push several places around Puget Sound up to normal for this time of year. Sunglasses could even come in handy as the showers move out for areas from Seattle southward. 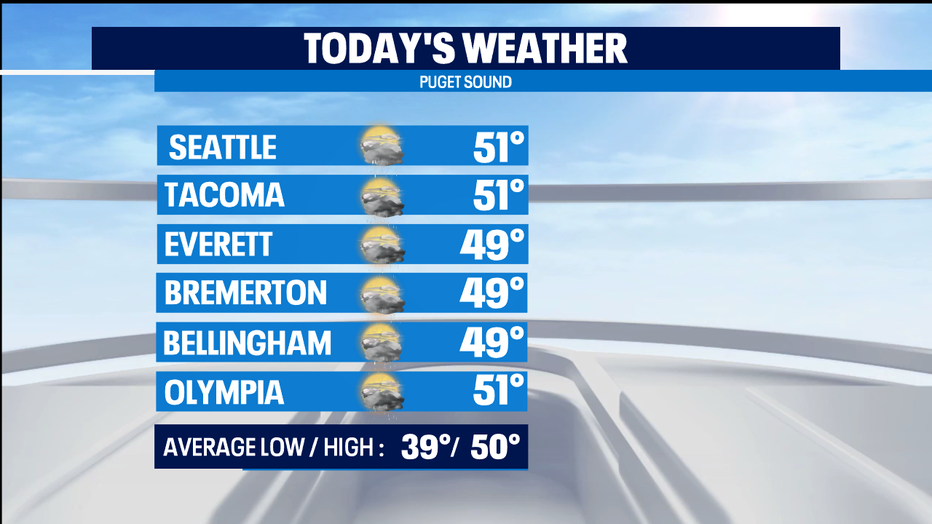 The showers could linger up north, so they could leave just as the sun goes down around 4:30p. Tonight areas that see clearing skies could end up pretty chilly on Saturday morning with temps dropping into the 30s, though a normal morning low is now 39 degrees. 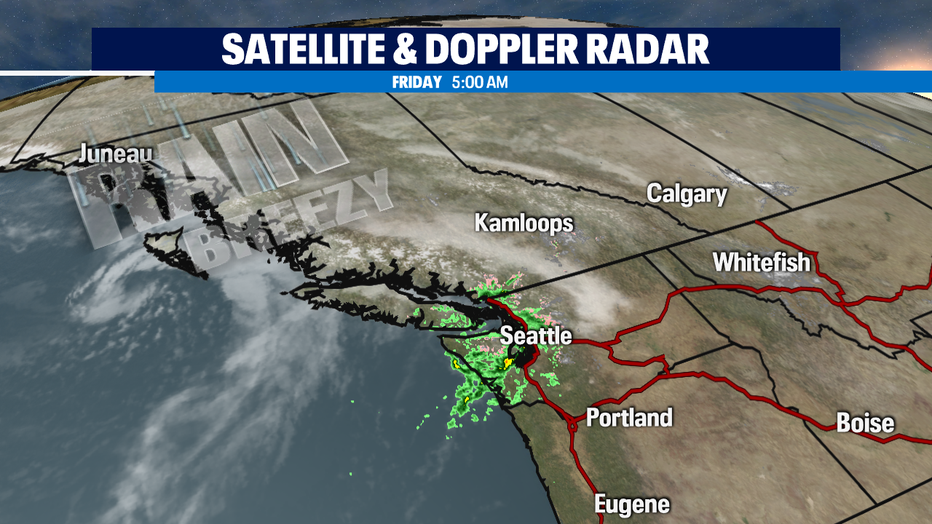 The next weather system moving into the NW is staying pretty much up towards BC, but I can't rule out a stray shower or two from the trailing front tonight. Saturday looks really nice. A chilly and potentially foggy start, but pretty nice afternoon for just about everyone around the region. Sunday some rain returns and some cooler temperatures as well. 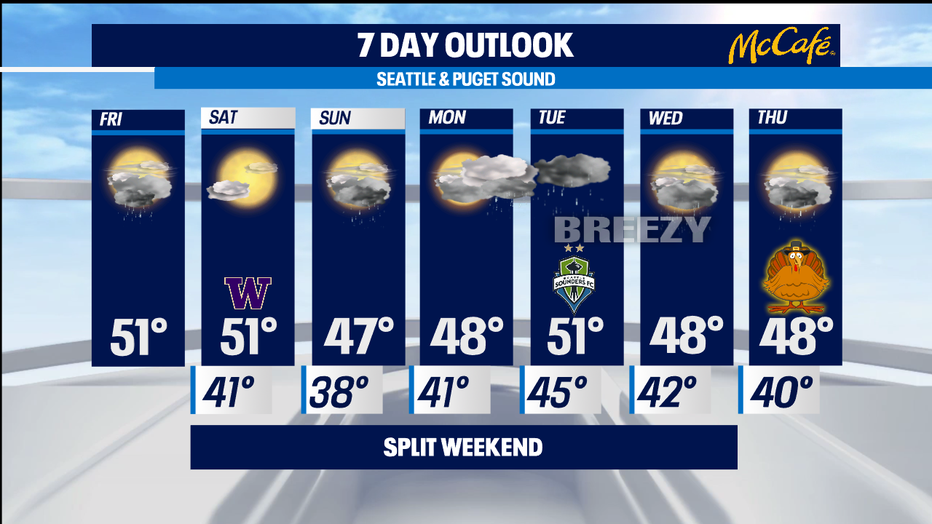 While, it's not the best to rely too much on how the weather systems are spaced out in the Pacific Ocean-- but at this point it looks like while Sunday is soggy, Monday looks dry. Tuesday looks really wet with a lot more mountain snow. Wednesday quite soggy-- and if we still see if the showers get out of here in time for Turkey Day-- but some of the forecast models are hinting that Thursday might end up being pretty dry. -Tim Joyce