SEATTLE - Our stretch of spectacular summer weather continues. We'll see another day of nice sunshine and another day of mild temps about a degree or two warmer than yesterday, and pretty close to the normal of 75 we expect for this part of the sum-mer season. Highs on the coast will be near 70. Mountain passes will also be near 70. East of the Cascades will be warmer, with highs in the 85-90 range for places like Wenatchee and Chelan. 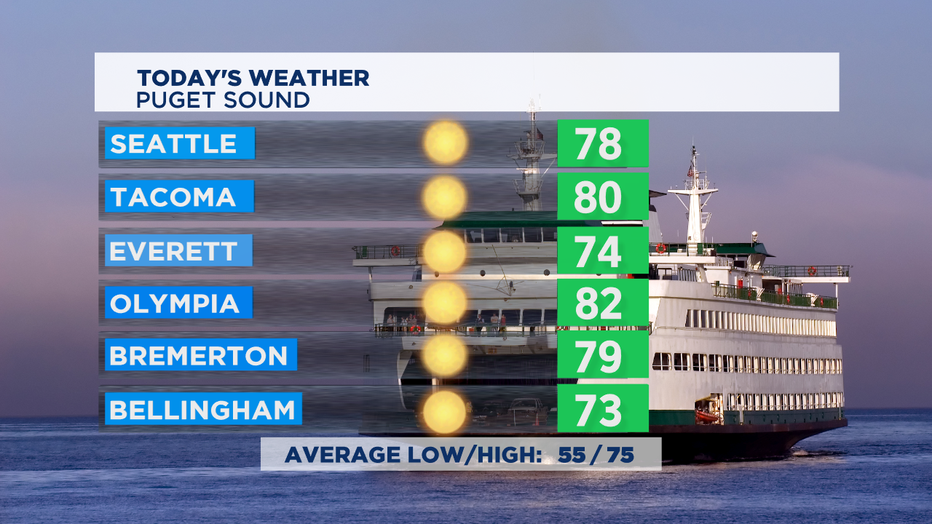 While our weather pattern remains roughly the same, with NW flow delivering some areas of brief morning clouds/fog. Abundant sunshine each afternoon. We do have a weak front that's heading our way to deliver even cooler temps on Saturday, more widespread AM clouds and possibly a sprinkle or two Saturday morning. 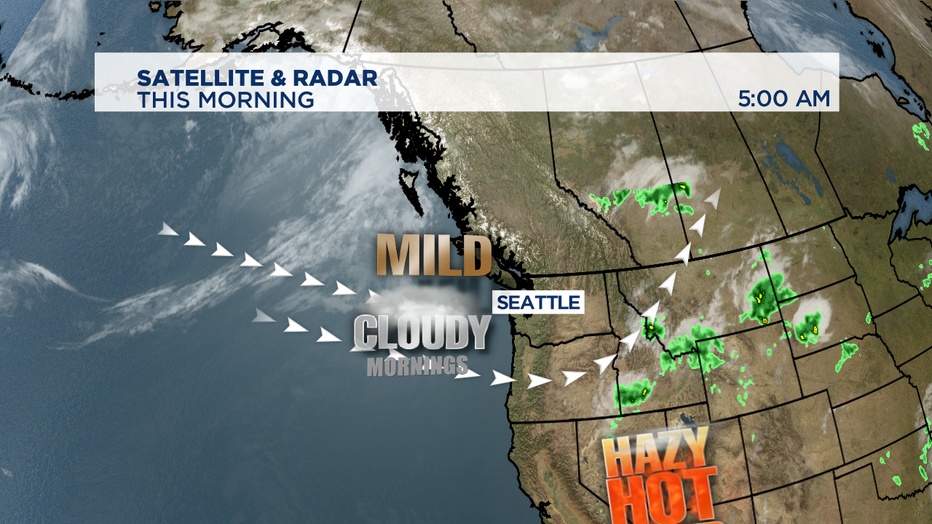 Weekend temperatures will be a bit chillier with highs only in the mid to low 70s around Puget Sound. Another marine push on Monday could end up bringing a few AM showers as well. We start of September with some more spectacular weather, with highs possibly ramping up to near 80 later next week. Enjoy! 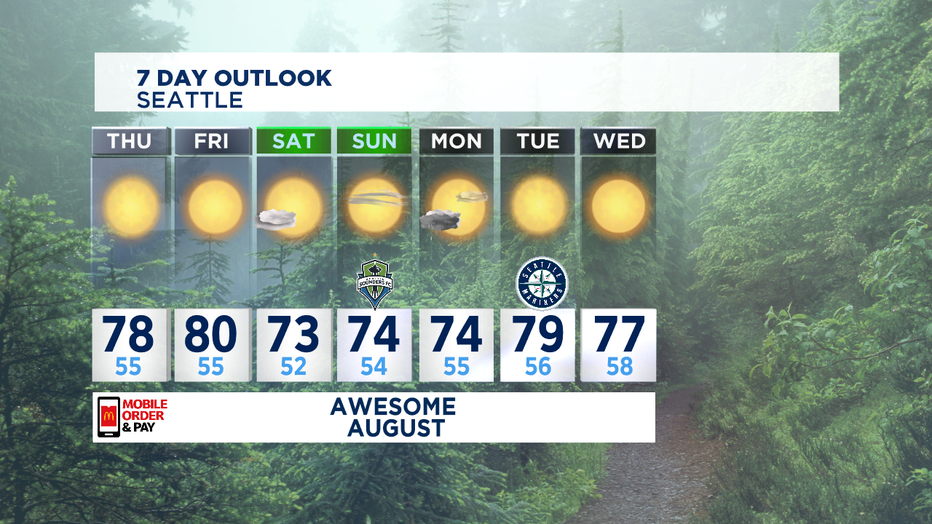 Update on Hurricane Laura. Despite making landfall about nine hours ago as of this writing, Laura is still a hurricane almost 200 miles inland. It's barely a hurricane with sustained winds of 75 miles an hour. Sustained winds need to be 74 mph or stronger to be considered a hurricane. As Laura thrashes Arkansas and continues its track inland, it will be a Tropical Storm before the end of the day. 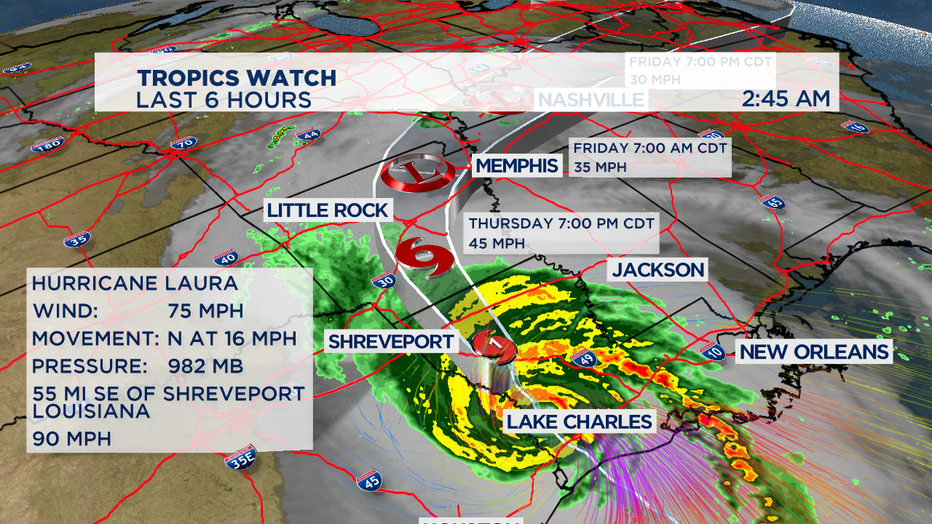 Laura will just be a tropical depression on Friday as it continues to bring potential flooding rain into the Tennesee and Ohio River Valleys as the remnants of Laura move east. -Tim Joyce