Rain at times in Western Washington

SEATTLE - We're seeing some soaking rains this morning, but it looks like most of the precipitation moves east as we get later in the day. We could see some dense fog forming after the rain passes for a little while. High temperatures on the cool side, only upper 40s for today for Puget Sound and the coast. The weak front off-shore looks to only deliver clouds with some breaks in the clouds this afternoon and into tonight. Overnight lows with the mostly cloudy skies will drop to near 40. 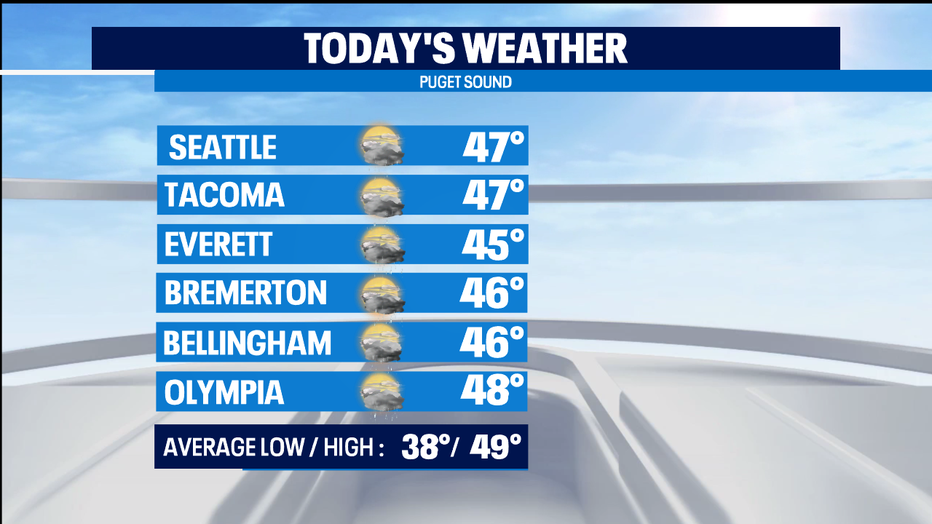 Our most active weather this week looks like it will be Tuesday afternoon. We're going to see heavy rain at times and windy conditions up north and along the coast. This will be mostly heavy rain for our passes on Tuesday evening, with it changing over to heavy snow as temps fall on Tuesday night into Wednesday. 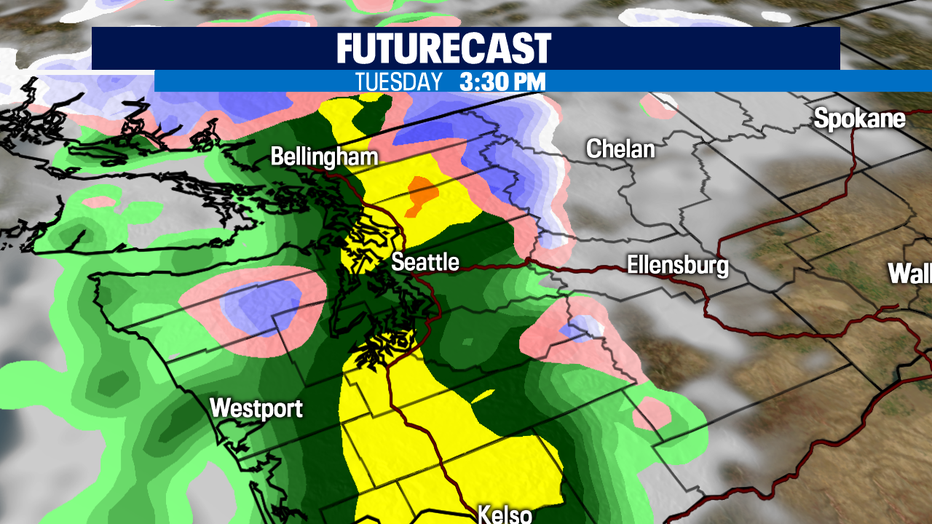 Rain at times on Wednesday and then the forecast models are hinting at a drier Thanksgiving than we usually have around here. A chance of showers around Puget Sound, but it looks like we could see most of the rain drops staying along the coast and in the mountains where snow levels will fall significantly for the end of the week. 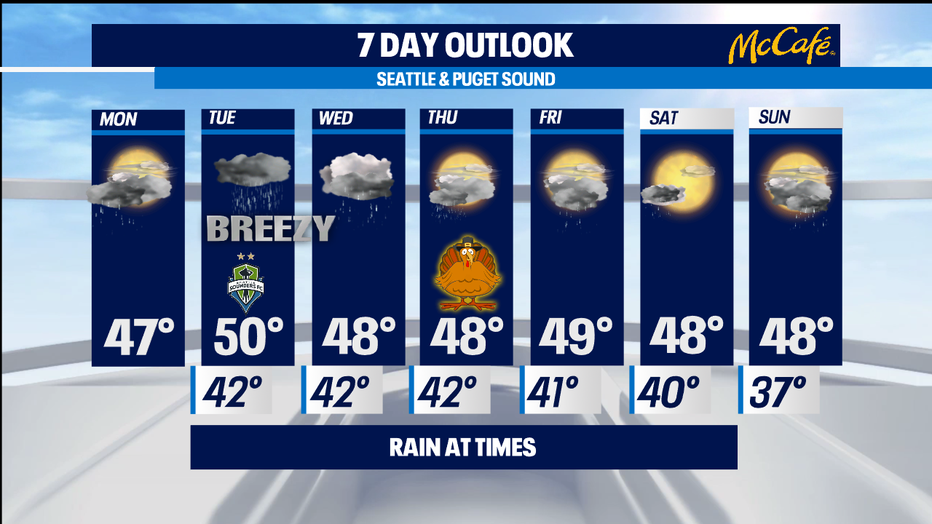 This holiday weekend looks pretty pleasant, at least by November standards, on Saturday and at this point it looks like Sunday could be soggier. -Tim Joyce