Thursday will be rainy and breezy at times with possible isolated thunderstorms.

SEATTLE - Wednesday saw some impressive one-day record setting rain totals: Olympia (1.23"), Hoquiam (1.30"), SeaTac Int'l (1.08"), and the NOAA Seattle offices (0.89") -- and that list doesn't even include the 2" of rain we saw in Forks that wasn't soggy enough to set a record on the northern coast. But we've got more rain in the forecast.

Today's rain will be in the on/off heavy shower mode where you'll see a downpour and then it will stop, then the skies will darken to the SW and you'll see another squall come through. We can get both rainbows and isolated thunderstorms with this kind of fall weather pattern,  so be on the lookout for both today. Also watch out on the coast for some dangerous surf conditions. A High Surf Advisory for big waves lasts until Friday at 2 p.m. 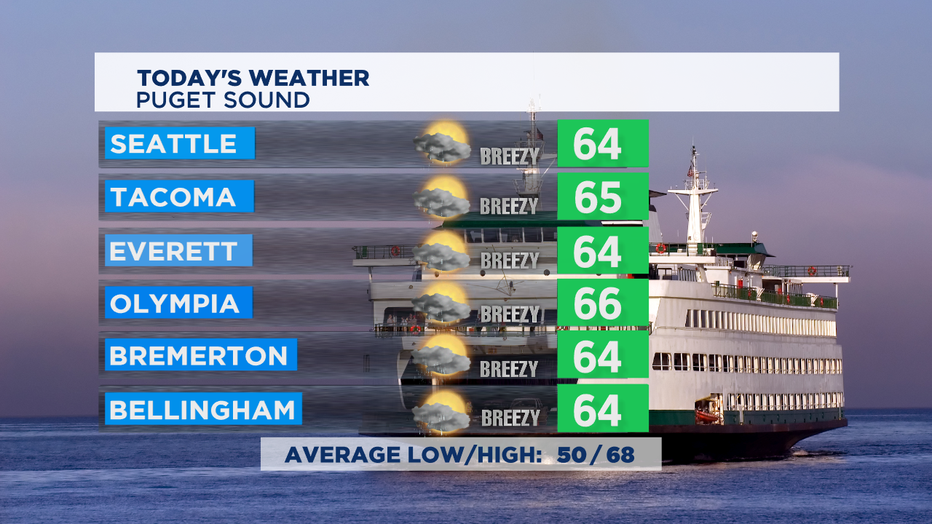 Temps will again be on the cool side, likely only mid to low 60s. Normal is now 68 for these last days of September. We'll warm up next week and dry out too, but for the moment the jet stream is pointed right at us. That will bring in the on/off showers today and what looks like a bit of a break for later today in the late afternoon/early evening.

The next round of steady rain arrives overnight, just as the morning commute gets underway around 5 a.m. We'll likely see moderate to heavy rain for about 3-5 hours before the front passes and we'll see the precipication tapering off into the on/off passing showers. 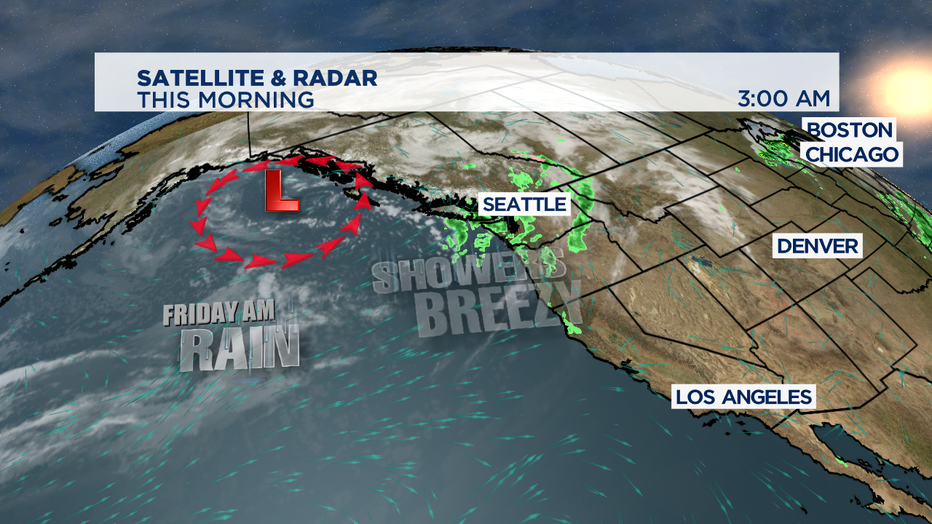 The good news is that some of the forecast models are pulling back on the rain chances for some of the weekend. On/off showers could taper off totally for all except the mountains and coast by late day Saturday. And it's possible that Sunday showers stay well north of Seattle, which could leave the Seahawks' early afternoon game totally dry. 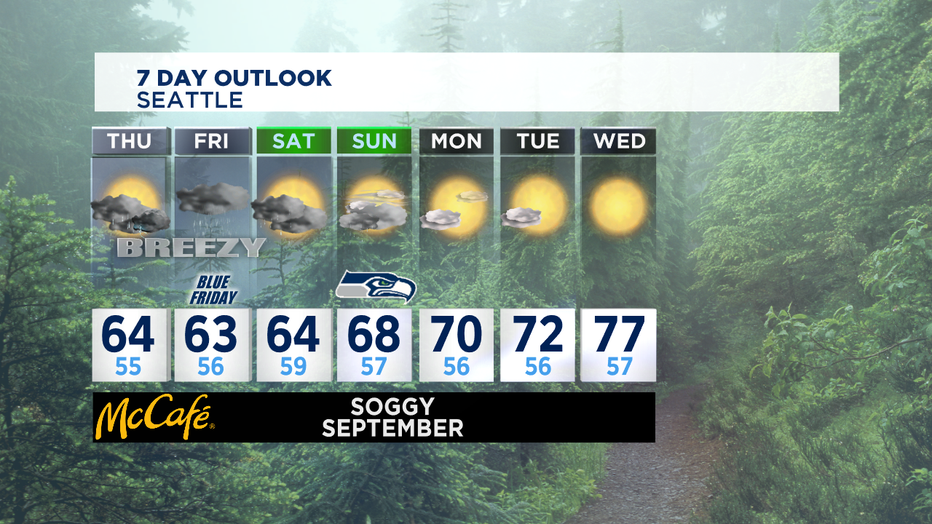 High pressure looks to help us flip the weather script from a soggy September to a sunny September to finish out the month next week.

Some of the forecast models are hinting at temps getting close to 80 mid-week, a bit too soon to tell. The latest on the calendar we've ever seen 80 or warmer in the Seattle area is October 14th.