We'll be coolish and showery heading into the weekend.

SEATTLE - We’re still under the influence of a dip in the jet stream called a trough. While we've got one weather system down in Oregon that will be working east, we've got another one heading our way that will deliver some soggier weather for tomorrow and likely late Sunday too. 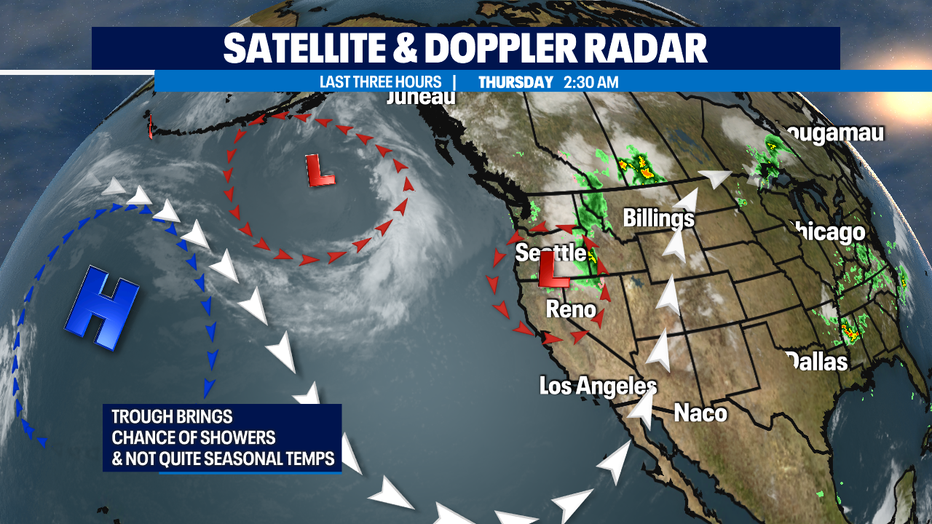 For today, another day of pretty pleasant weather with enough afternoon atmospheric lift to bring a few showers later in the day, but even those will hang mostly in the mountains/foothills. 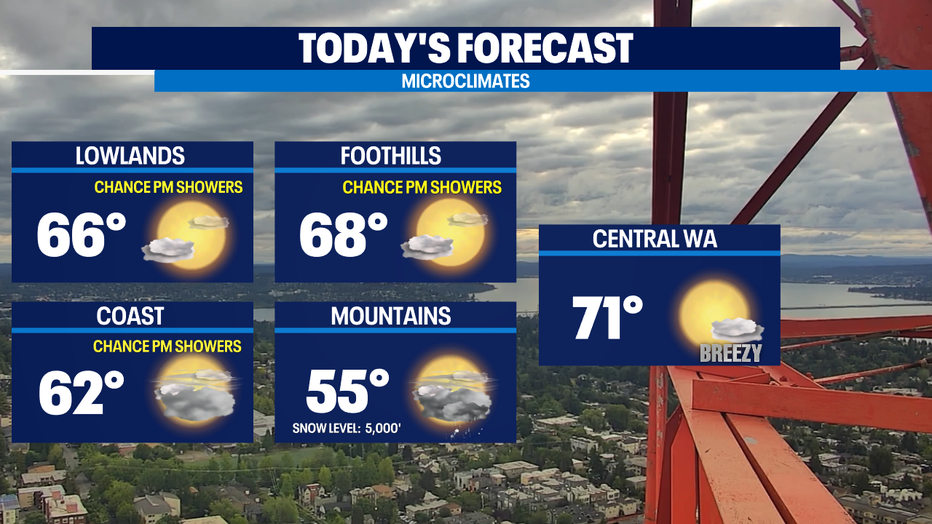 We're in this cool-ish and somewhat showery pattern into the weekend. This will also mean afternoon temps will be just below the seasonal norm of 70 today and tomorrow too. 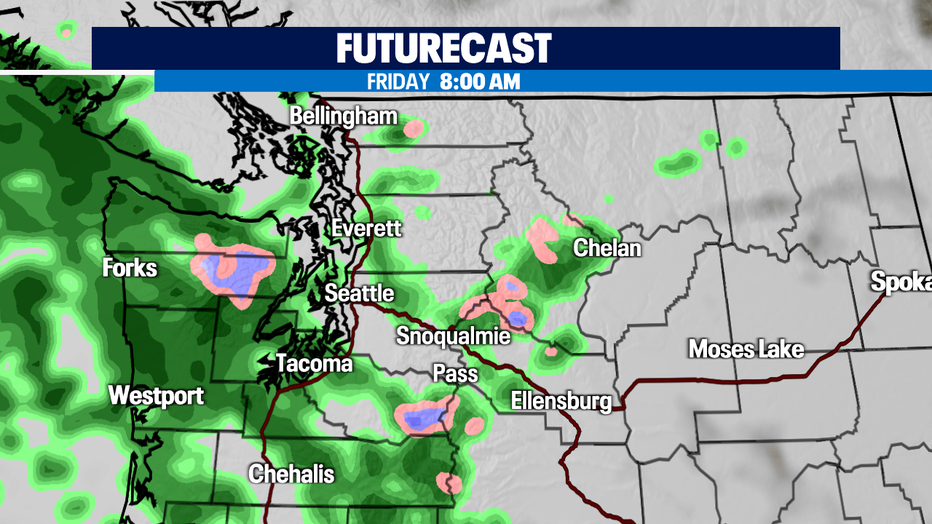 Here's a look at our Friday rainfall on the Futurecast. It's a slightly more vigorous weather system moves towards us in keeping us cloudier, and a tad wet compared to most of this week. It’ll be soggier for the coast / Olympic Peninsula compared to the rest of the area at least in the morning hours. I'm optimistic we'll be back to a generally dry-ish weather pattern with scattered rain showers by Friday evening that looks to hold through Saturday. 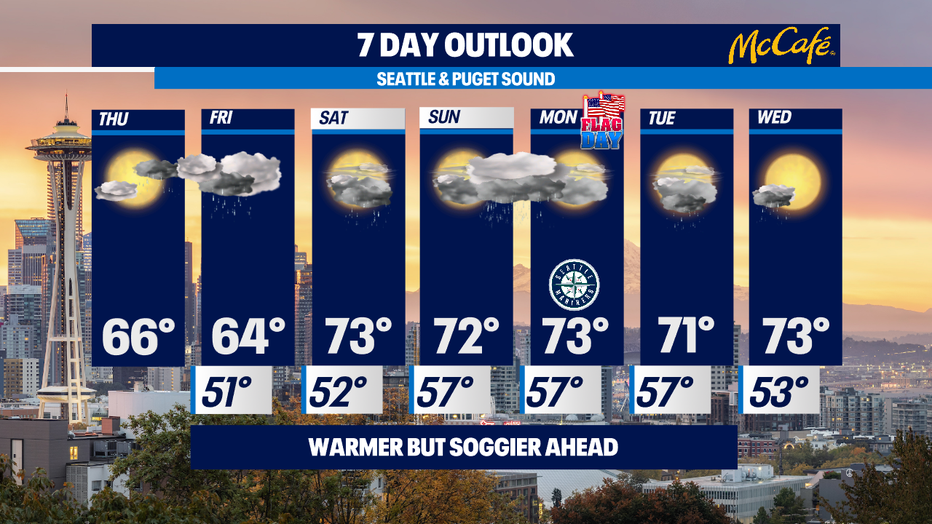 Another weather system looks to swing in moisture from the south on Sunday in the later afternoon/evening. Next week still looks showery but at this point it looks like we'll see a return to some nice June sun by the middle of next week. -Tim Joyce