SEATTLE - We're finally seeing "Good" to "Moderate" index values on our air quality maps thanks to a shift in the forecast!  Rain is finally arriving after 10 days of smoke filled skies.  What a welcome sight for sure!  We will continue the trend of much better index levels too as we cruise into the weekend.

Tonight, the coast has several areas reporting really clean air.  Places like Neah Bay, Moclips, and Taholah all can breathe a little easier.  Hoquiam and Aberdeen not too far behind and even through the Strait of Juan de Fuca air sits at "Moderate" values. Friday we'll keep cleansing the region as rain rides up from the SW and as it does smoke, haze and other pollutants in the atmosphere will start to disappear!  Highs tomorrow will vary again, but most of us should land near the upper 60s to near 70 around Western WA.  The coast will be cooler.

With air improving on the coast we'll lift the Air Quality Alert there first, starting tomorrow at 11am.  Puget Sound will remain under an alert through Saturday at 10am along with Eastern WA, but we wouldn't be surprised if it takes a bit longer to pull down those clearer air levels east of the Cascades. 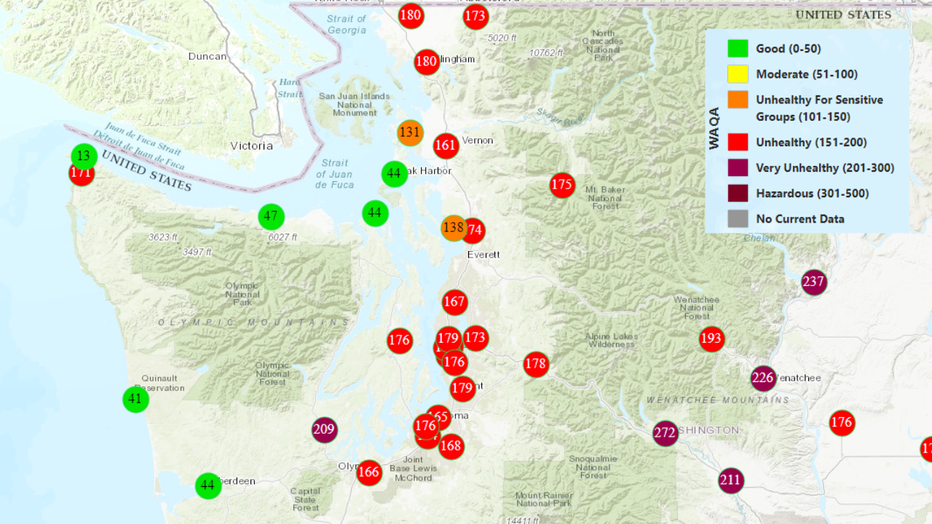 If you're wondering about the Sounders vs LAFC Friday night at at CenturyLInk.... at this point we will be very close to "Moderate" air quality levels a 7pm kick off.  Scattered showers will fall at times during the match. You can catch all the action on #JOEtv. 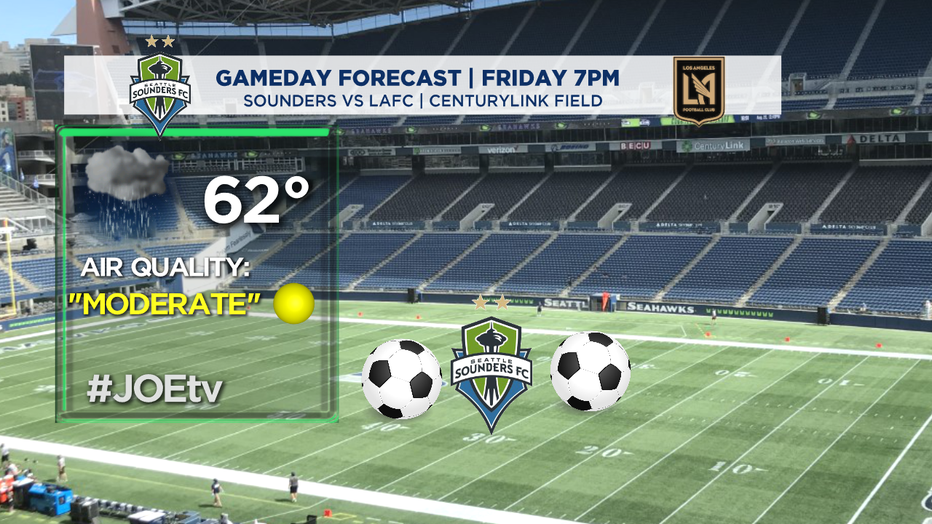 On/off showers Saturday. A few lingering showers are possible on Sunday morning, but when the system moves out --We're optimistically thinking we could see some actual blue skies over Western Washington with partly cloudy conditions for the Seahawks vs Patriots.  Kick off from CenturyLink Field set for 5:20pm. 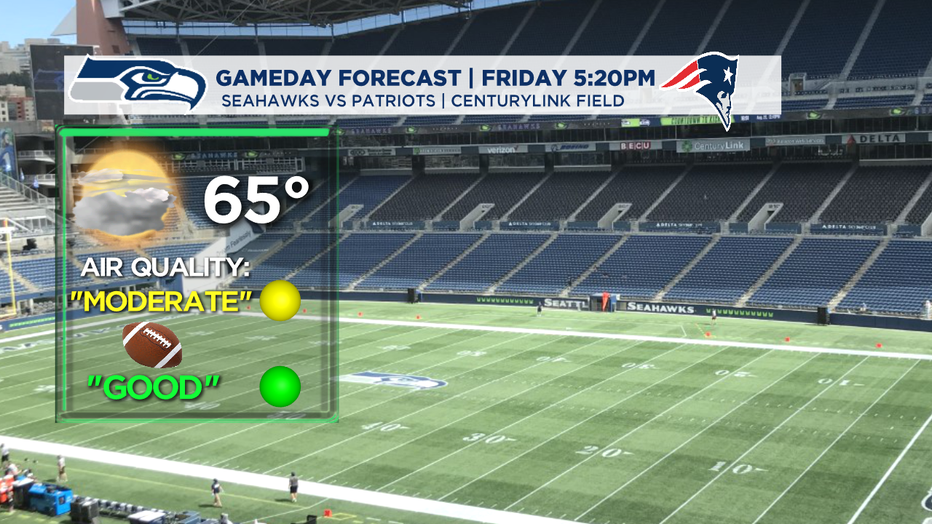 We start the work week under cloudy skies with a slight chance of a few showers, otherwise a nice end to the Summer Season.  Our Fall Equinox is on Tuesday when the whole planet sees 12 hours of day and 12 hours of night. The first full day of autumn is Wednesday.

Have a great weekend all! ~Erin 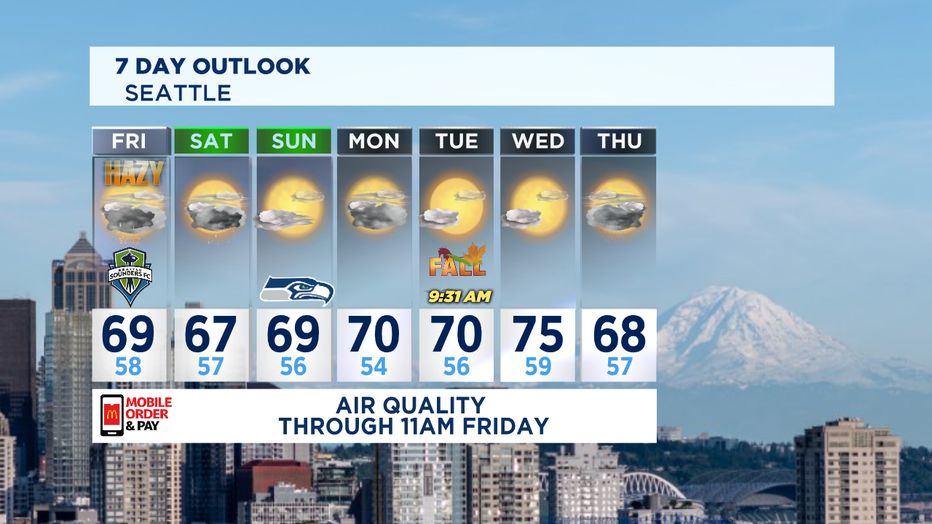