Friday night we could see the coldest night so far this season, with many places dropping into the 20s.

We stay cold and dry for the first half of the weekend. Tracking a developing low off the California coast that's heading our way-- but mostly it will stay south in Oregon.

Saturday will be dry and cold again but some clouds move in by the afternoon hours.

Sunday morning we're watching really closely in the weather center. Temps will be cold enough for snow when it arrives, but it will not be long-lived. Most of the showers will wrap up, pushing well north by Sunday night to early Monday morning. 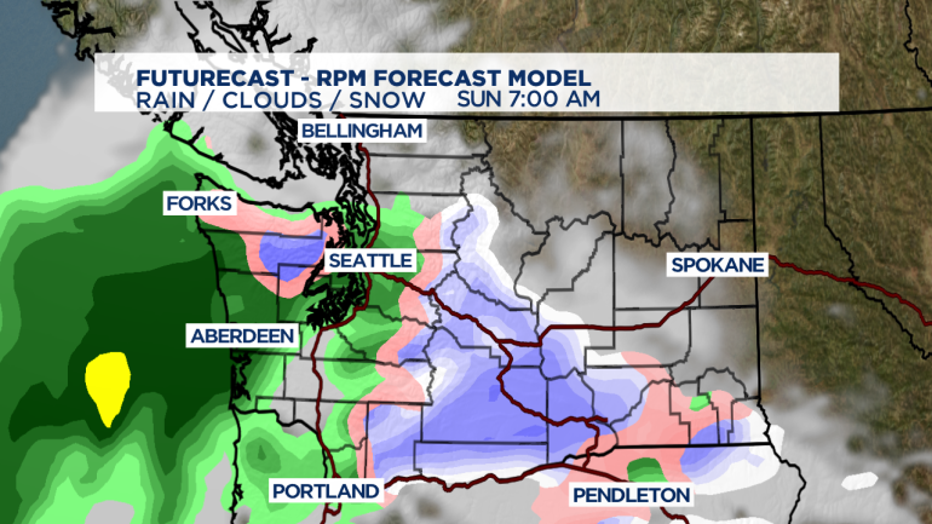 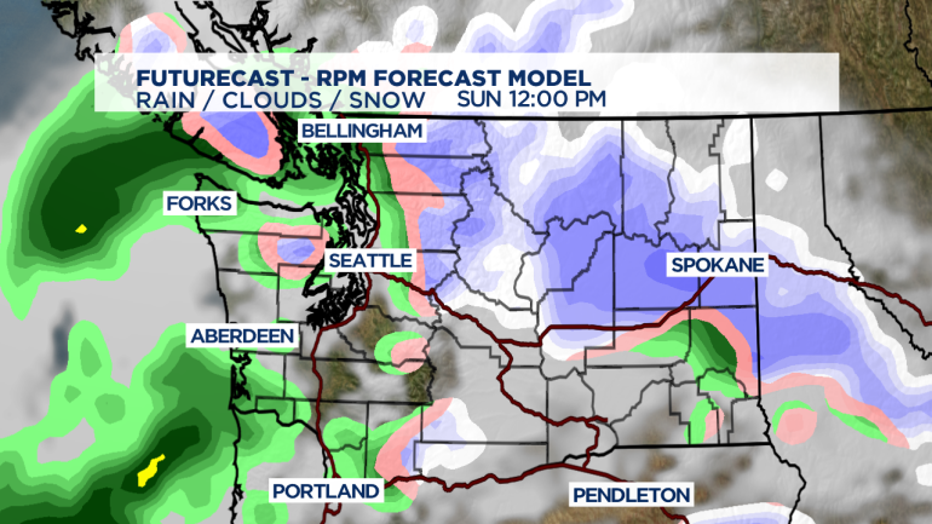 In areas from Shelton, Olympia and Tacoma down to Portland we could see some rain/snow mix above 500 feet.  It does NOT look like much and it is NOT a storm but we will watch it as it develops and send out watches and warnings if they should be posted.

We're more concerned about a quick blast of snow in Central Washington expected mid-day Sunday along I-90 between the eastern slopes of the Cascades and Spokane.

Still some unsettled weather next week, but we're now dialing back cloud and precipitation expectations on Monday. By Tuesday, clouds will increase with possible mixed showers in the mountains and along the coast mainly.  Most in Western Washington will see a slight chance of rain in the overnight hours.

By Thursday/Friday expect a chance of some regular old NW cold rain showers.  We'll be near seasonal norms in both the morning and the afternoon-- so the resorts and passes get snow, the lowlands get rain.