Some areas of Western Washington hit with snow

Some parts of Western Washington woke up to snow Monday morning.

SEATTLE - It was a wild weather morning in southwest Washington as wet snow hit south Thurston and Lewis counties causing some issues on the roads. The Portland area was hit the hardest causing several schools to close for the day and contributing to accidents on the roads.

While the central Puget Sound area was spared today, snow has hit the Seattle area before this late in the season. The latest snow we've seen at SeaTac hit on April 17, 1972. 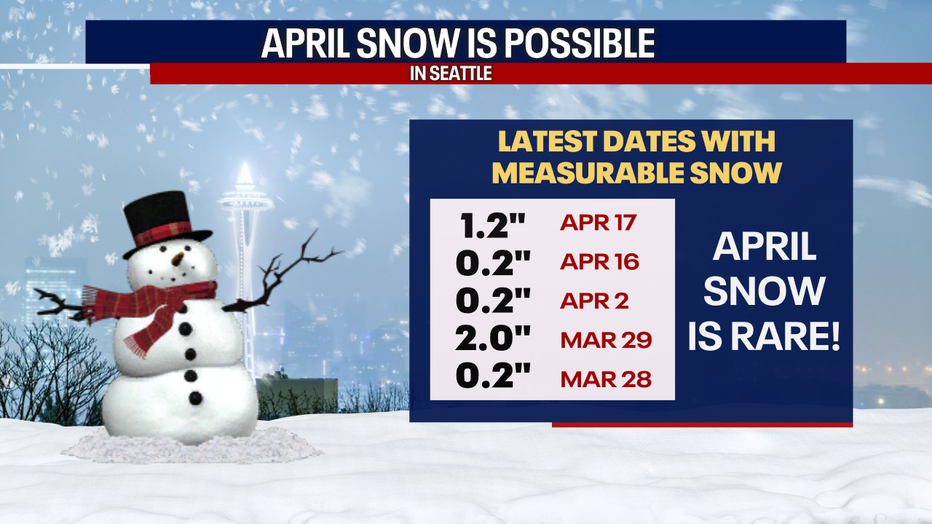 Today, temps will warm quickly even in areas hit by snow. Temps will stay much cooler than average with a few leftover showers in the mix. There's a slight chance for an isolated thunderstorm this afternoon west of the Cascades. 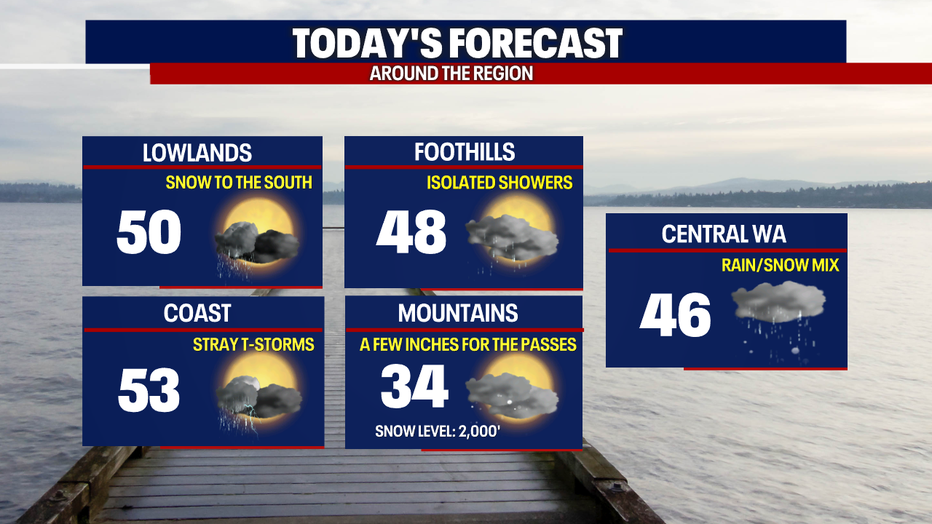 Another wet system arrives late tonight into Tuesday, bringing more showers to the area. There's a chance for a rain and snow mix in the early hours on Tuesday and Wednesday. 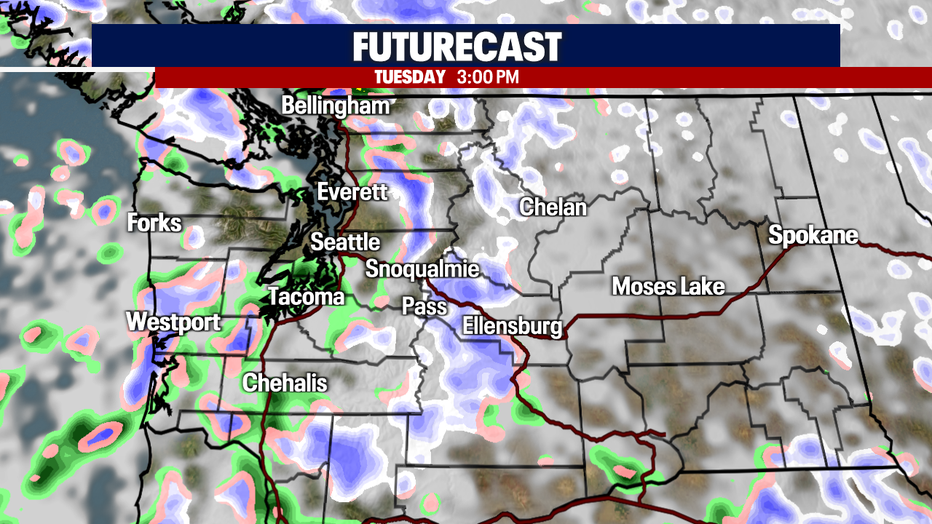 We've had a cool start to April overall, with two days only topping out in the 40s. We could see a couple of more chilly days in the 40s before the week is over. 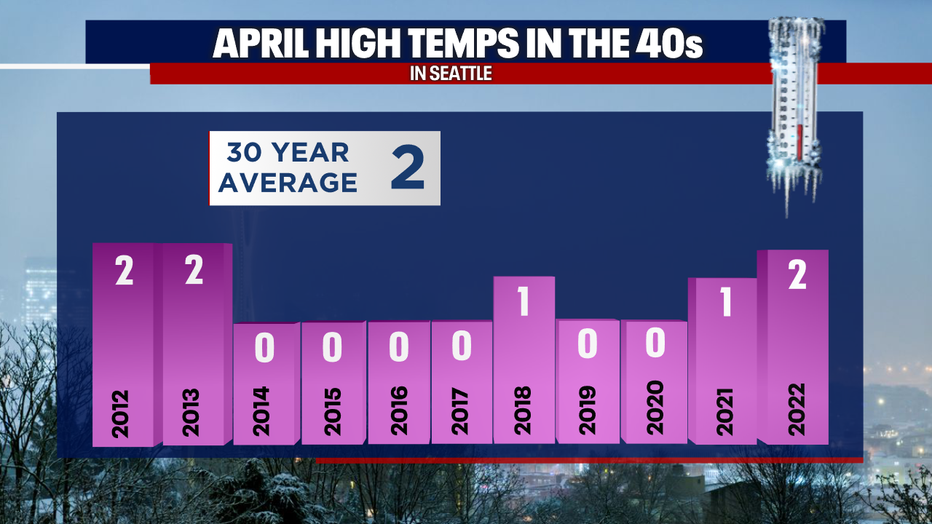 There isn't much of a change to the weather pattern this week. Temps will stay cool with a series of weak systems bringing on and off showers. Temps will finally warm back into the mid 50s next weekend. 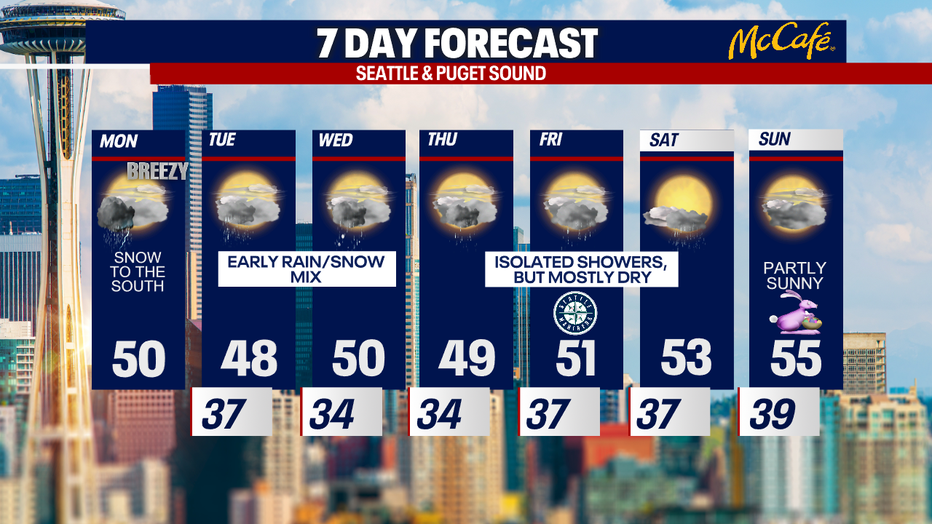