More hot and dry weather as wildfires rage across the state.

SEATTLE - Still smoky skies around Western Washington, but now we're going to raise the temperatures to near-record heat today and tomorrow around our region.

While our air quality has improved, we're still under an Air Quality Warning for more than three million people in Western Washington. Air quality is downright hazardous to unhealthy in Central Washington. It's worst near Omak and the Cold Springs Fire. 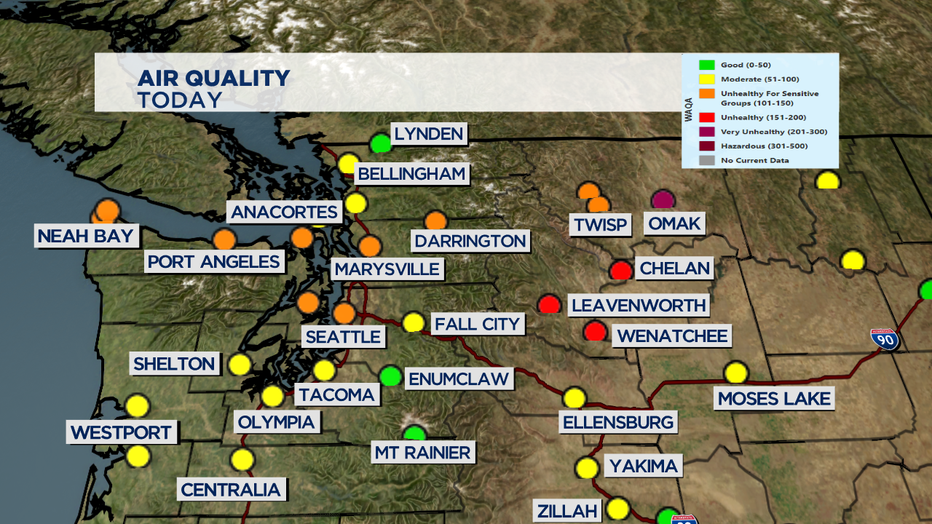 Only Lynden showing air quality in the "green/good" category. Parts of Whatcom County have benefitted from winds coming from the N/NE where, this year, wildfires in British Columbia are not as bad. So, with winds changing directions in the next 6-12 hours will help alleviate some of our hazy air. Winds out of the north today, and they'll swing out of the NW getting into Friday which will be cooler and cleaner air blowing in off the Pacific Ocean. Today though, we're well above the normal of 73 around Puget Sound. If the smoke and haze layer were thicker, I think we'd only see temps in the 80-85 range. But with the only somewhat hazy sunshine, I think we'll warm up to near 90 in the South Sound and the foothills. 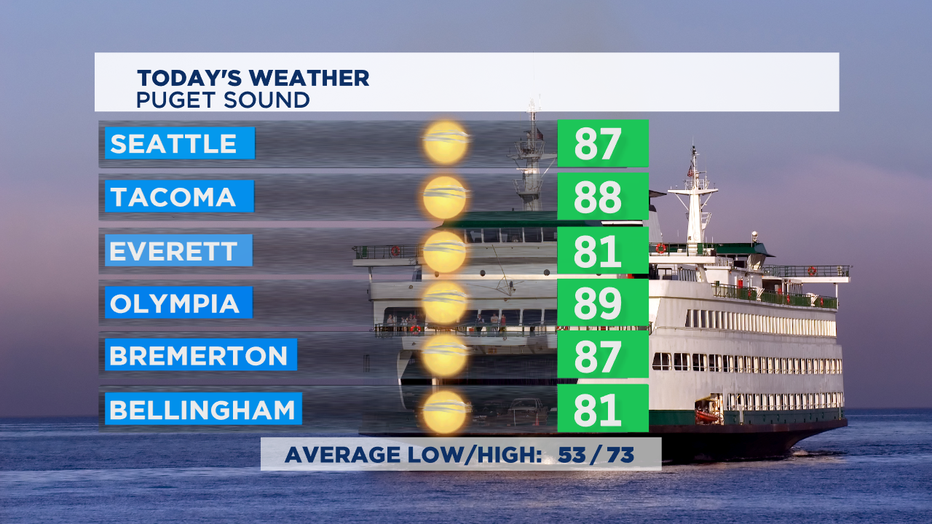 We'll be close to the record high temp of 89 degrees set back in 1963. Tomorrow the number to beat is 85-- and I think that 2007 record will fall for sure. High pressure still in control of our weather, so we'll see warm and dry conditions all the way through the weekend. Smoke wants to rise, but high pressures exerts a downward force that keeps smoke and pollution towards the ground. 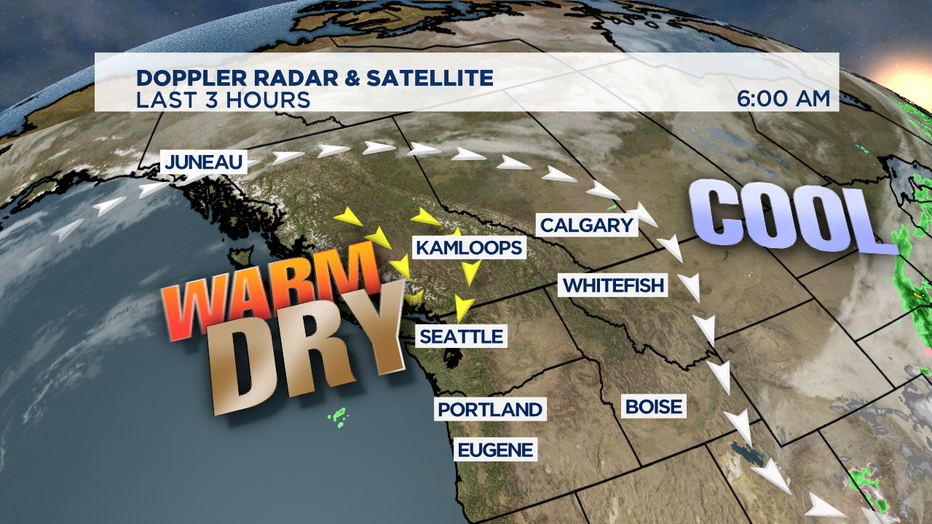 Next week, we'll see what could be our first raindrops so far this bone dry month. A typical September gets about an inch and a half of rain. Last year we doubled that normal amout with more than three inches of rain reported at SeaTac. 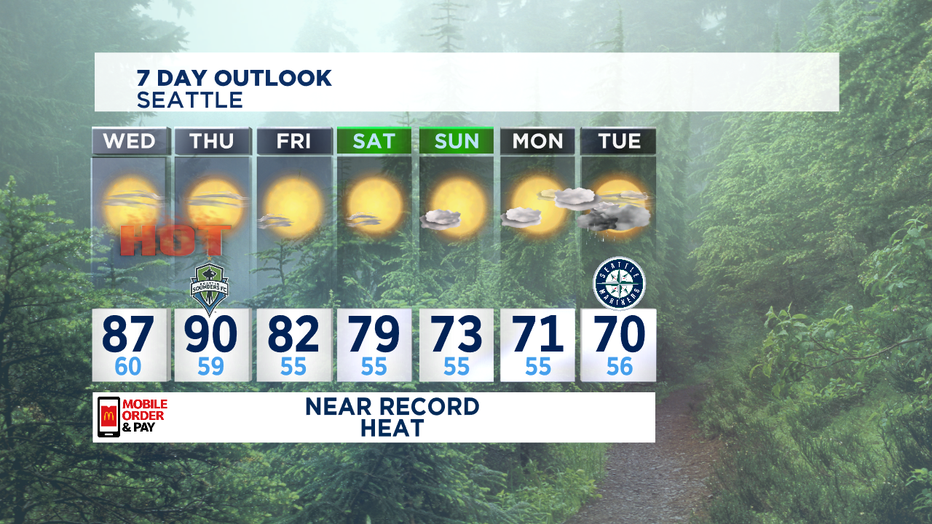 This year, we're coming off an unusually dry July and August-- so September showers are very much needed about now. Today will be our 42nd day of 80 or warmer in 2020. In a normal year, we usually see only 26 of those warm type of days around the Seattle metro.