Red Flag warning continues on Saturday, with a hazy weekend ahead

Areas of smoke and haze across much of the state this weekend. Plus, the fire threat is increases with dry conditions, gusty winds, and low humidity. 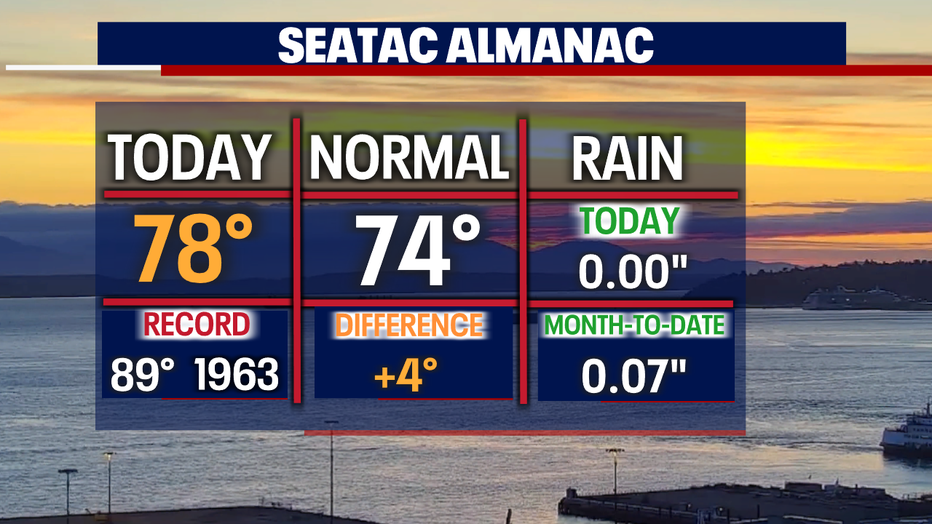 Overnight, we're mostly clear with lows in the mid 50s for the metro area with cooler lows to the south. And because most coastal communities didn't deal with much haze during the day, they'll hold onto some warmth as highs Friday were much warmer than the rest of Western WA. 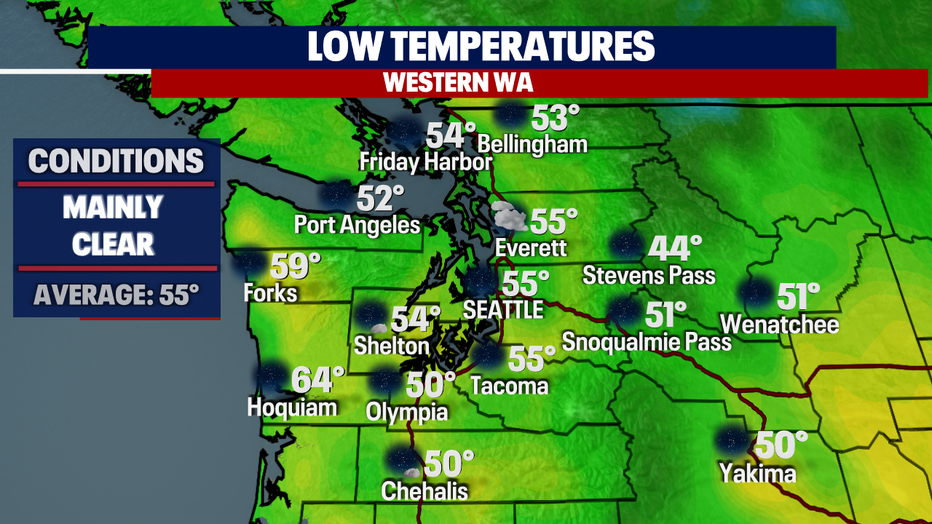 The Northwest continues to hang on to several weather alerts for the weekend. 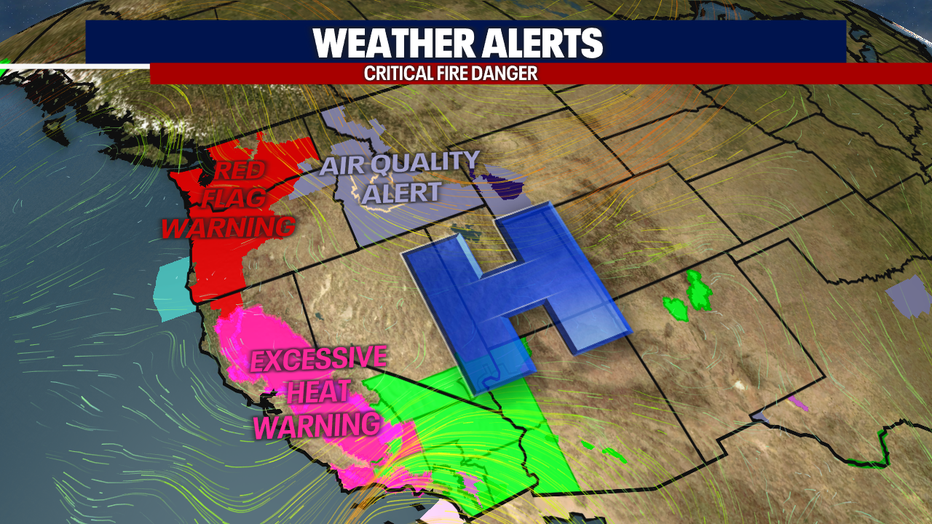 We expect winds to gust out of the east at times through midday tomorrow.  And when you combine winds, warmer temperatures, and relative low humidity, this elevates the threat of new fires sparking up along with fueling blazes already burning.  Please be careful out there this weekend as our ground is very dry. 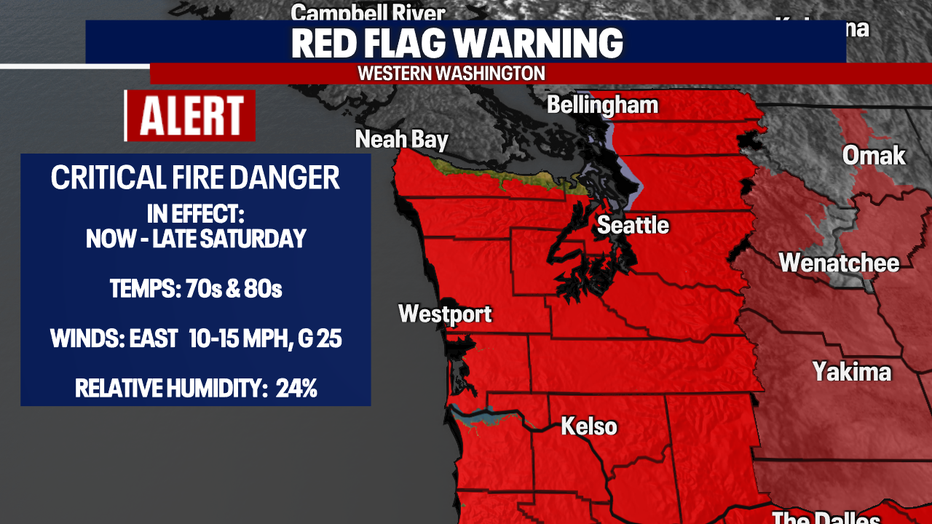 Here's a look at our smoke forecast through futurecast models.

Saturday looks to be the smokiest day of the weekend.  Some folks will see air quality levels jump to "unhealthy for sensitive groups", mainly to the North Sound.  Farther east the air quality is not good at all with levels in the "very unhealthy" to "hazardous" zones for several counties.  We're watching Okanogan, Chelan, and Douglas Counties as those will see the poorest pollutant levels. 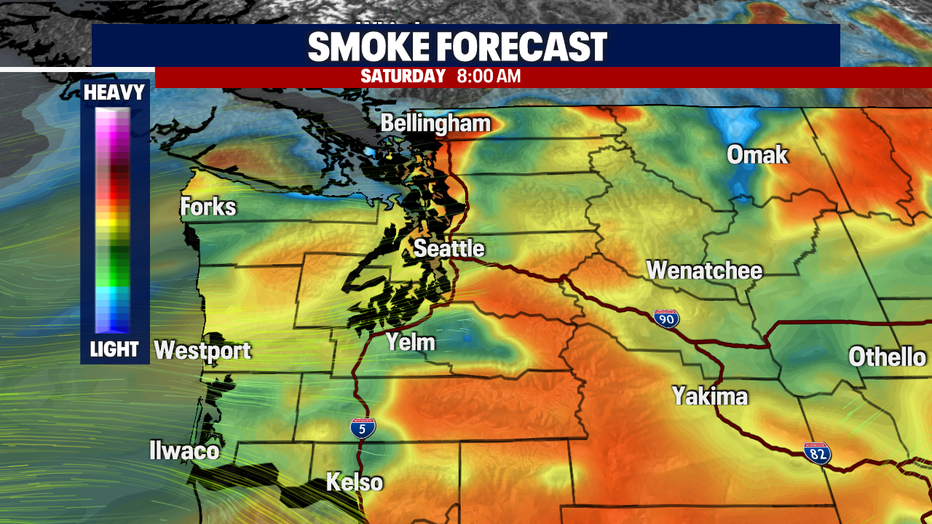 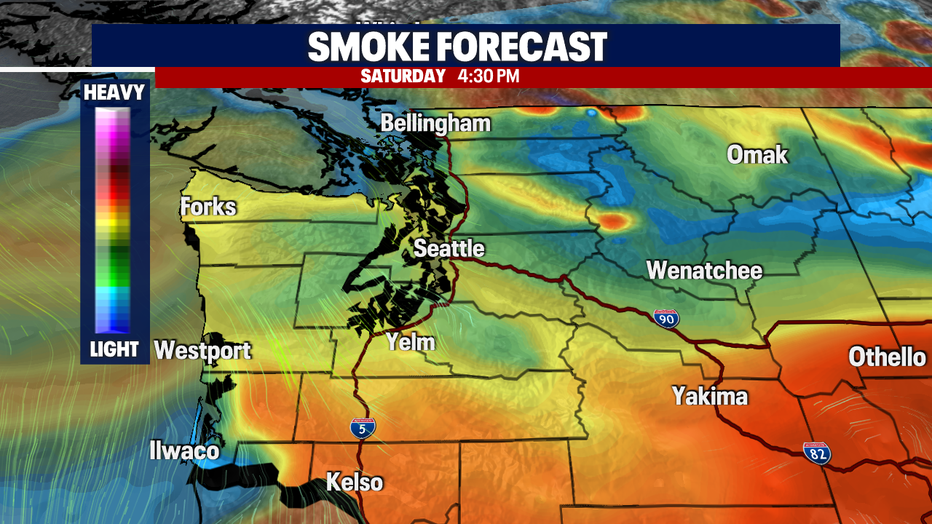 There is an improvement on the way though, just be patient. By later Sunday, winds shift back to a southwesterly flow bringing back healthier air off the coast for Monday and the rest of the week. 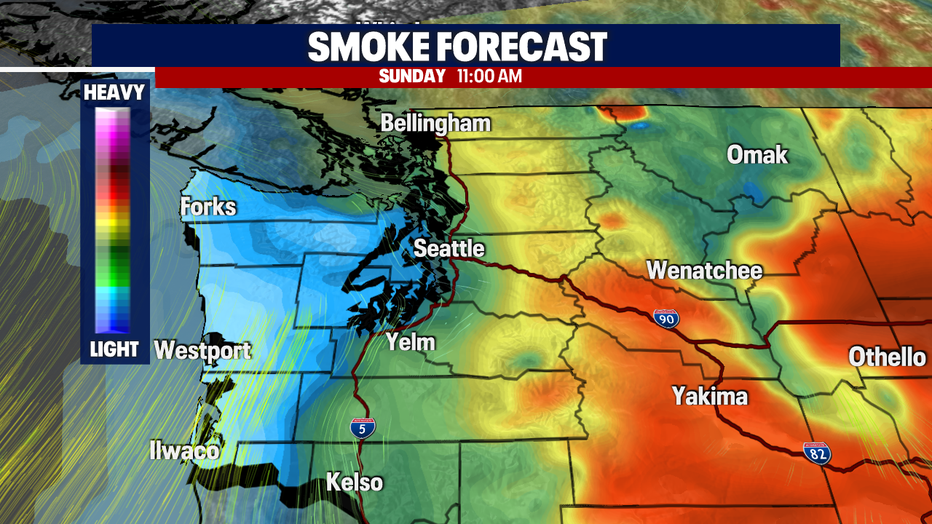 For all the Husky fans, plan accordingly if you are heading out to Montlake to root on the Dawgs as you'll cheer under hazy skies!  Kick off against Portland State is set for 1 p.m. 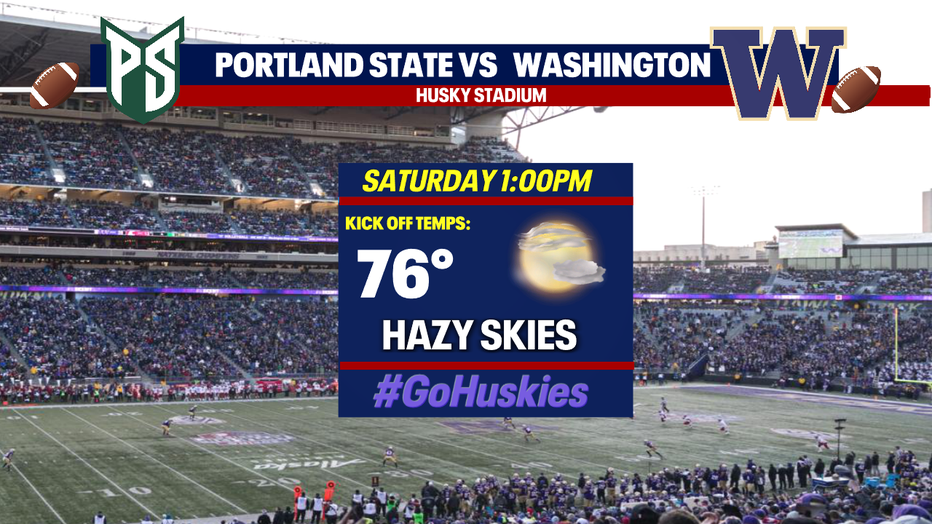 Highs Saturday could warm into the mid to upper 80s, but it just depends on how much smoke pushes into the region. Stay tuned! 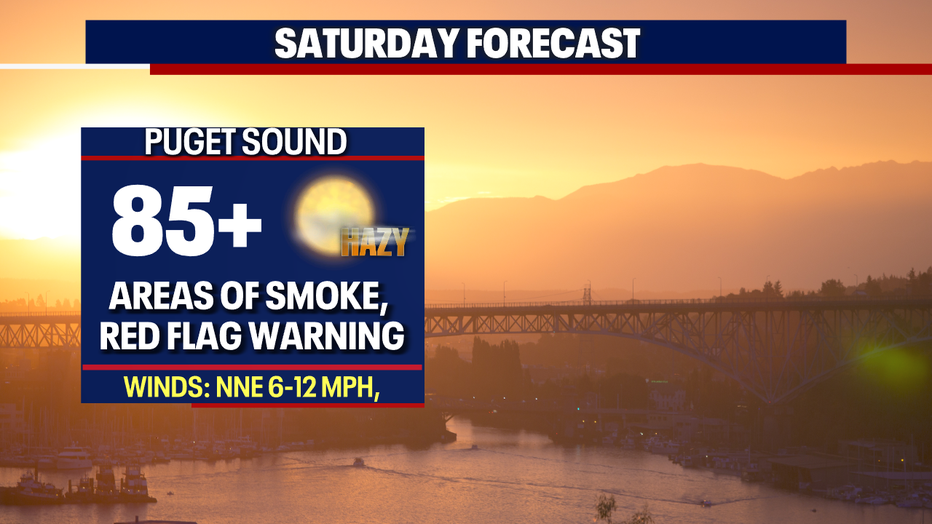 There is a slight chance of a few showers developing early Monday for areas around Puget Sound.  Look for a cloudy start with a chance for light showers before skies clear to partly sunny.  Highs land in the mid 70s. 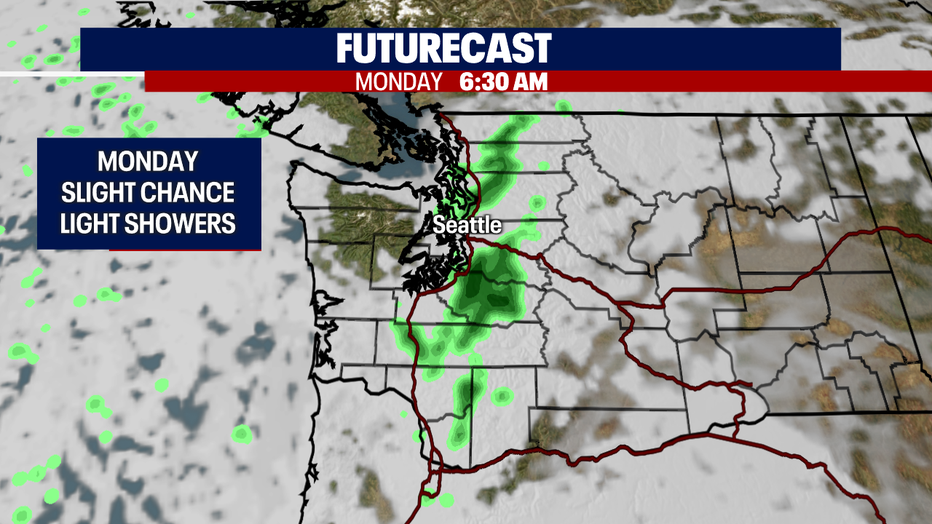 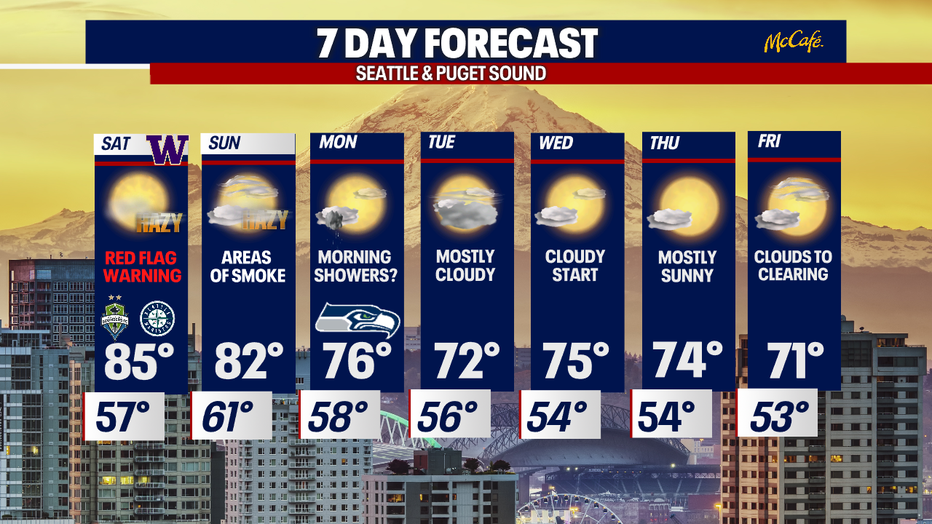