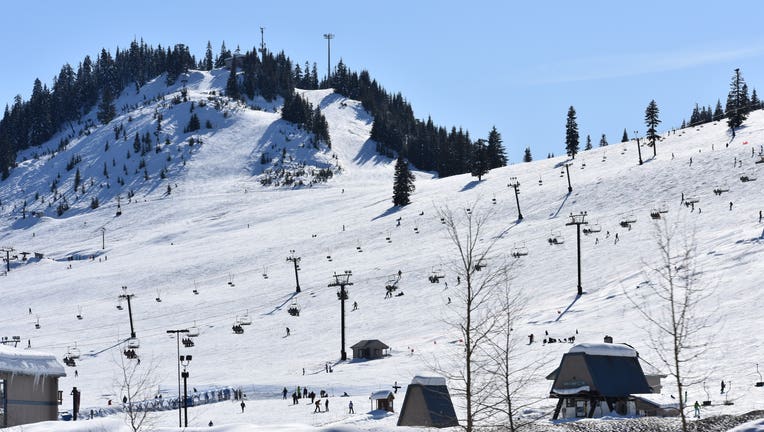 SEATTLE - What's better for skiers and snowboarders than a La Nina winter?

How about a "Double Dip" La Nina?

Forecasters with NOAA's Climate Prediction Center have issued a La Nina Watch for the upcoming winter as there is growing evidence we'll return for a second go-around after having a La Nina this past winter.

La Nina winters typically have better than average chances of experiencing above normal rainfall and below normal temperatures, especially once we get into January and February.  La Nina winters also tend to have more frequent snow events, though not necessarily major snow events.

This past Jan-Feb. period was marked with frequent rains and the big snow-event in February mixed in for good measure.  Above normal mountain snowpack is also a La Nina calling card and was certainly true to form this past winter where snowpacks ran as much as 20% above normal (until the big heat wave melted much of it last week.)

Right now, conditions in the Central Pacific Ocean, where the El Nino/La Nina cycle are measured, are in the "neutral" phase, which means neither El Nino or La Nina. But a majority of computer climate forecast models suggest the ocean temperatures will begin cooling again as we get into the start of autumn with a 55% chance of La Nina conditions by September, and a 62% chance by October. 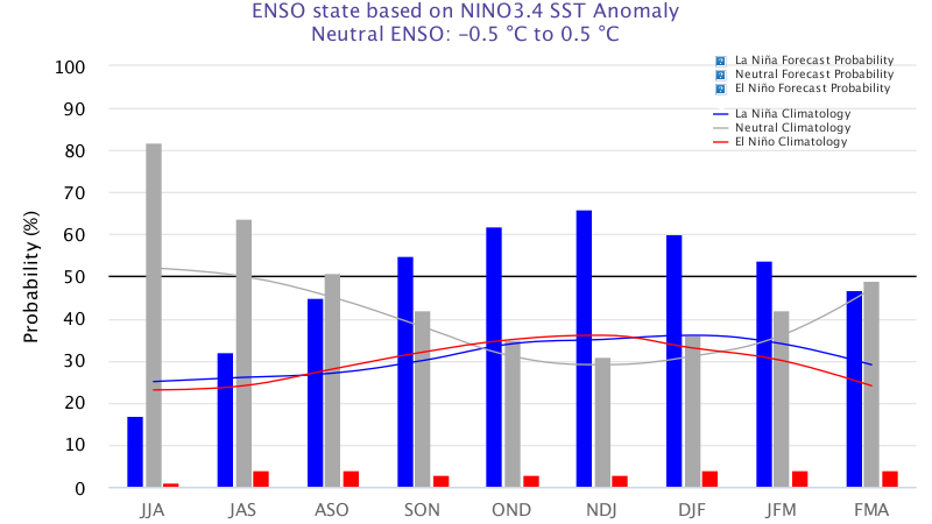 Much of the rest of the three-pronged probability (30-42%) sides with remaining in neutral conditions, with only a fractional chance (4% or less) of getting a surprise El Nino event. 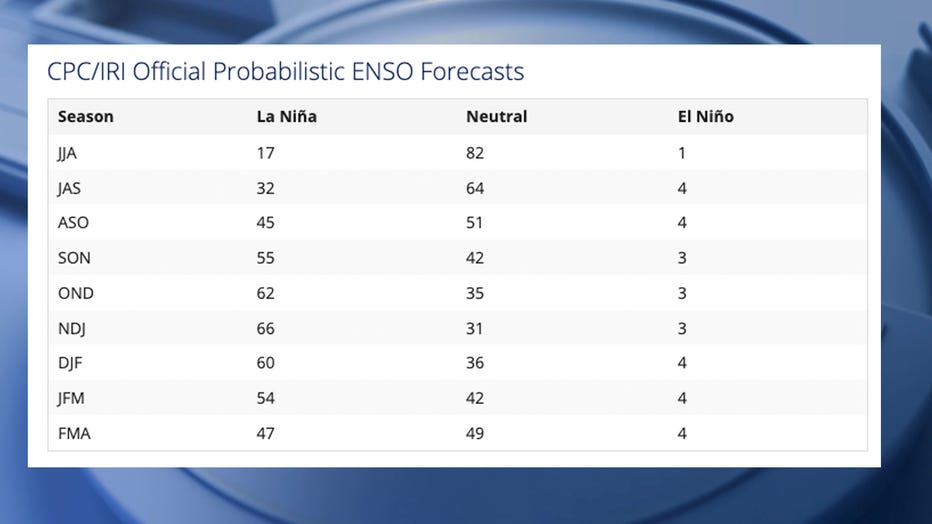 La Nina looks to hold through the winter before fading back to neutral as we approach spring.

Many times the cycle goes from La Nina to neutral conditions and then to El Nino before drifting back and repeating. But getting a second go-around with La Nina occasionally occurs, and is known as a "Double Dip" La Nina.

In fact, of the past 12 La Nina winters, eight have featured a Double Dip!

It's good news for skiers and snowboarders, water managers and pluviophiles. It's not the best news for those who like some winter sunshine, though I have to think this summer is providing plenty of sunshine to bottle up!