Mostly sunny and high-40s for Wednesday. Dry conditions will linger throughout most of the rest of the workweek. Q13's Erin Mayovsky details the full forecast.

SEATTLE - We're tracking a chilly night ahead.  Look for temperatures to dip below 32 for areas to the north and south with Seattle staying right near freezing.  Some of the usual spots will see some low-lying fog around the region as well along with freezing fog developing too.   And watch out for slick roadways as there could be black ice on the pavement.

Here's a look at our temperature trend as we push through this holiday week. We go from very chilly, to near normal cold with above average lows Christmas and Saturday and then we drop again for the end of the weekend into next week. 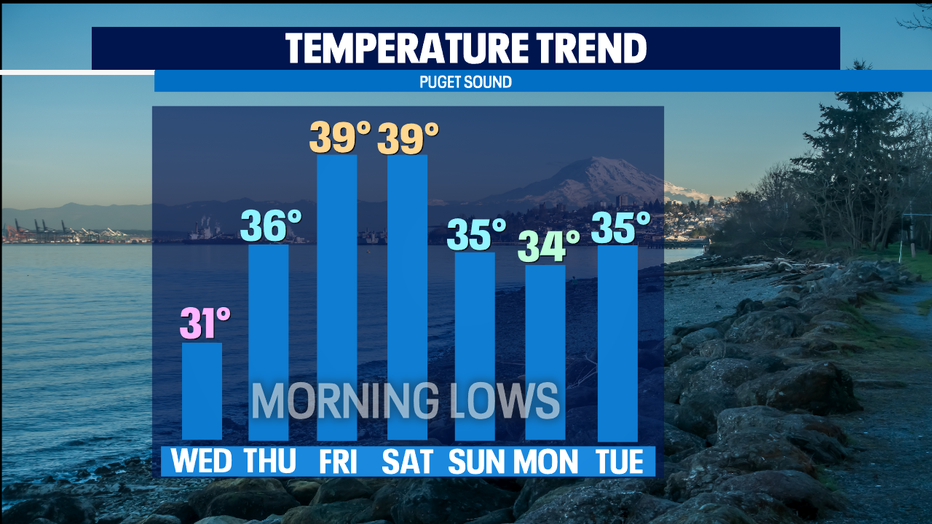 The good news is if you like winter sunshine we have that on tap for the next several days as a ridge builds into the Pacific. This will keep incoming systems offshore through the end of the week.

Tonight skies clear out for some star gazing with lows in the upper 20s to near freezing. 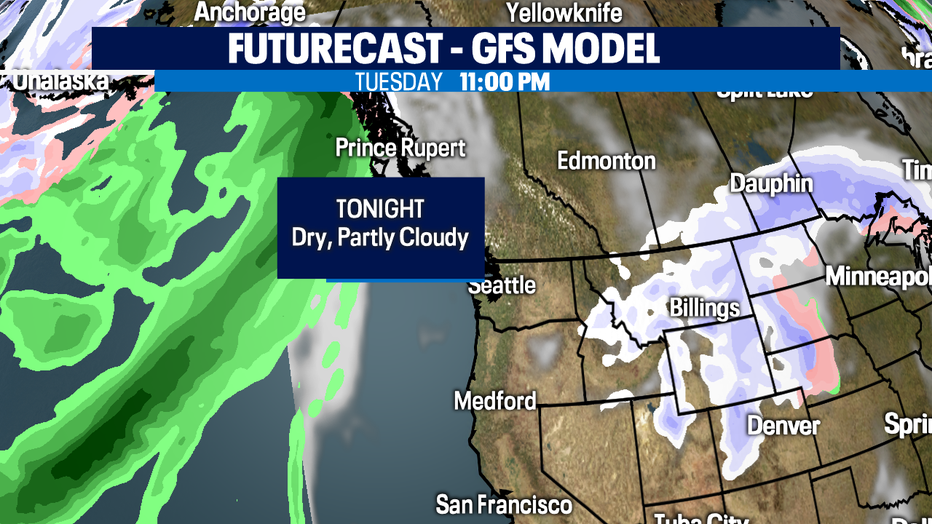 Tomorrow starts off very cold under partly cloudy skies with morning fog lifting by lunch time for most.  Highs land in the mid 40s. 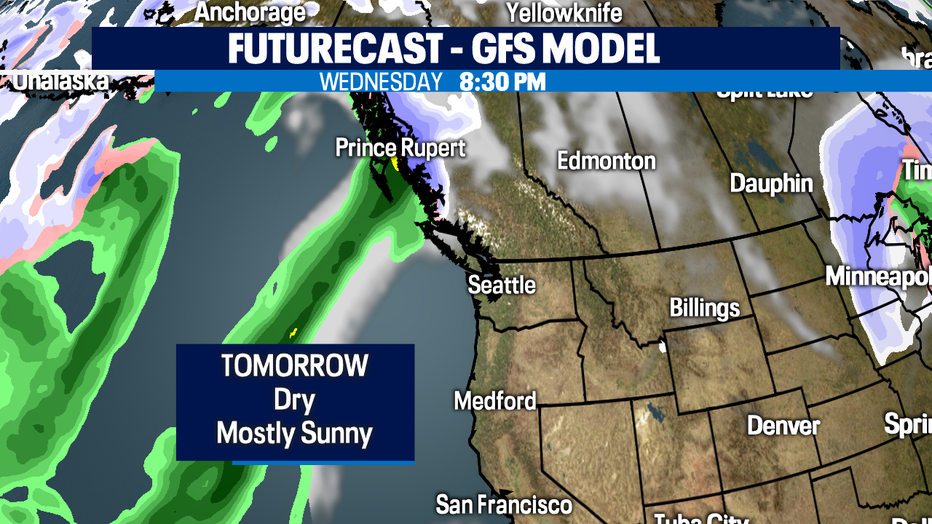 Christmas Eve looks dry too! Santa shouldn't have a problem riding through the skies Thursday into overnight Friday. 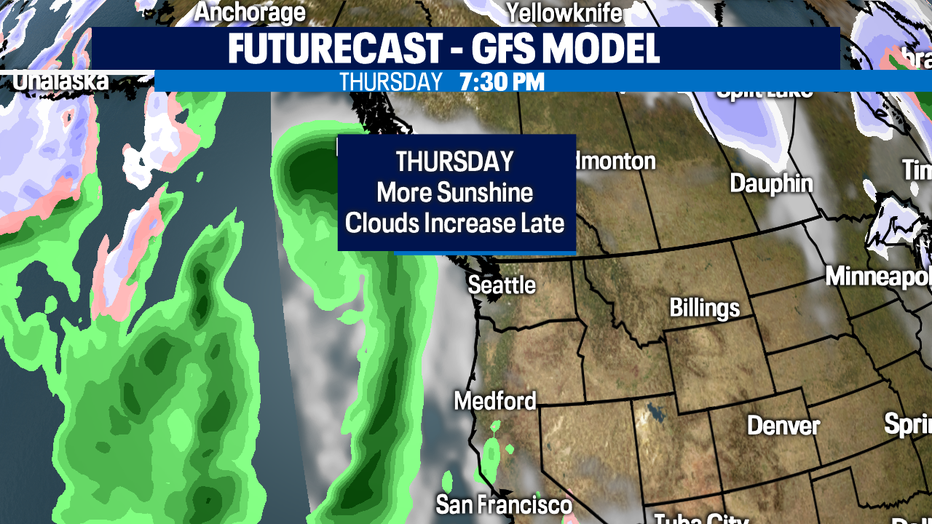 The holiday, Christmas Day, is dry through late afternoon/early evening for the metro north. That's when rain will slide into Puget Sound.  Showers start along the coast and South Sound first much earlier in the day.  Highs land near our seasonal norm of 45. Scattered showers will last through Saturday with highs warming slightly into the upper 40s.

Seahawks Sunday we expect a few lingering showers, but most of the precip should be wrapped up by the 1:05pm kick off from Lumen Field. Catch all the gameday action between the Hawks and rival Rams on Q13 Fox.  We have you covered!

Next week we're back to sunshine and a chance of showers. Highs hang in the mid 40s with lows in the mid 30s.

The mountains will see beautiful skies with snow returning this weekend. 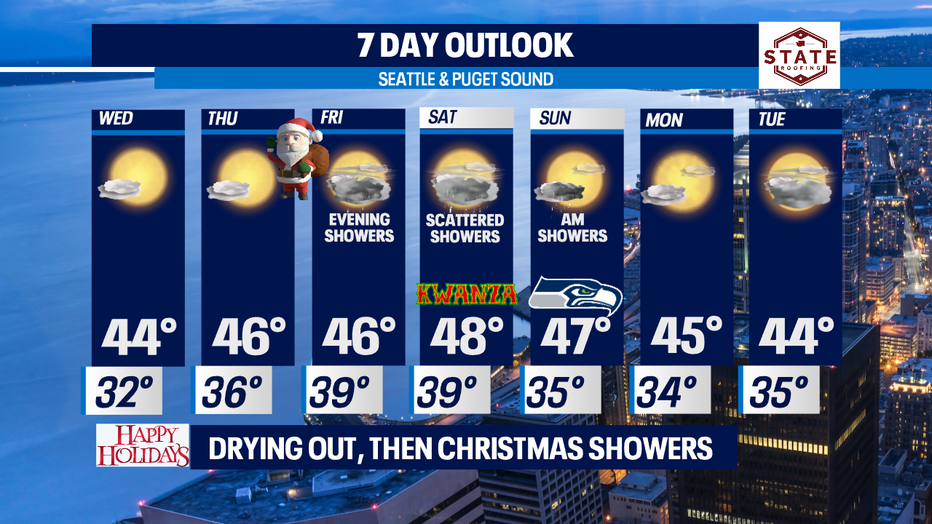 *We're continuing to keep an eye on Mason County and the Skokomish River near Potlatch this week.  The river has started to subside, but be aware of flood waters when in that area.  Remember, turn around, don't drown.  Most flood deaths occur in vehicles. Stay safe! 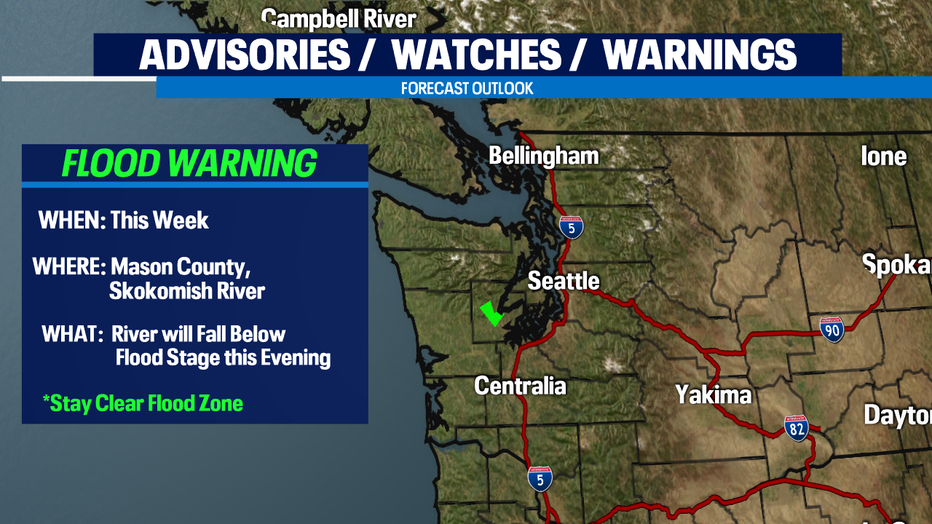 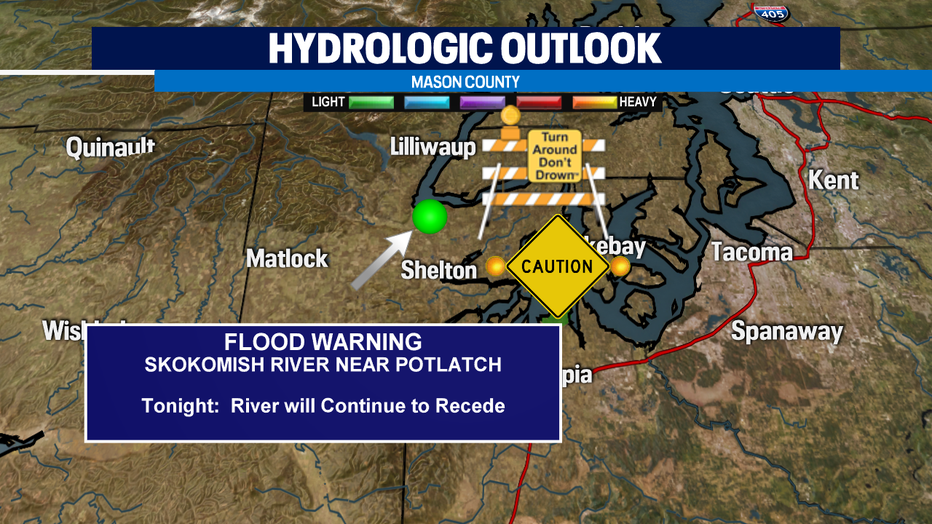