If you are traveling over the passes for Apple Cup weekend, prepare yourself for significant mountain snow. Later this week, we are tracking plunging temperatures in Western Washington. There is even a chance for lowland snow at times this week, particularly between Tuesday night to Wednesday. However, there is still a lot of uncertainty about how this event could unfold. Stick with us! 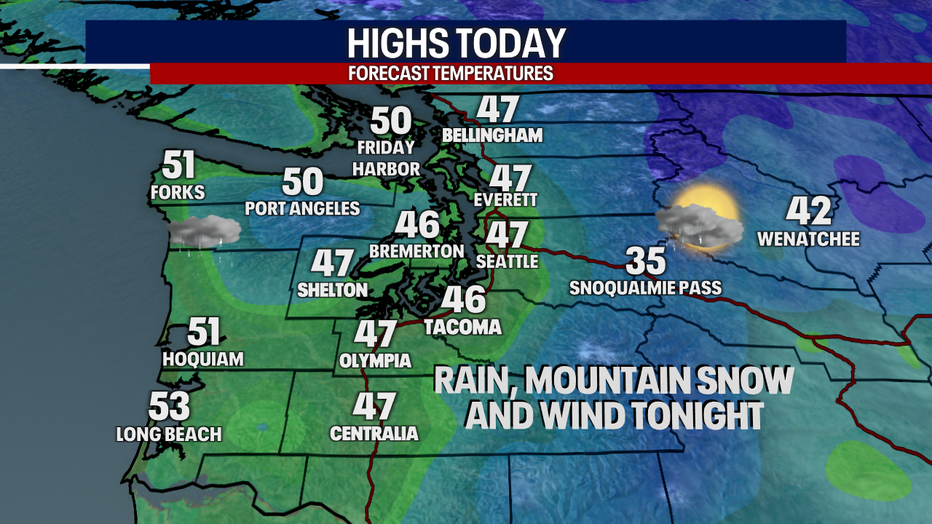 For today, you can plan on mostly cloudy skies with a few sunbreaks. Fog is lifting this morning. The day is starting mostly dry around the region, but lowland rain and mountain snow fire up late this afternoon and tonight. Note: there could be a "donut hole" or "rain shadow" effect in the greater Seattle area/King County where the precipitation arrives much later than the surrounding areas. 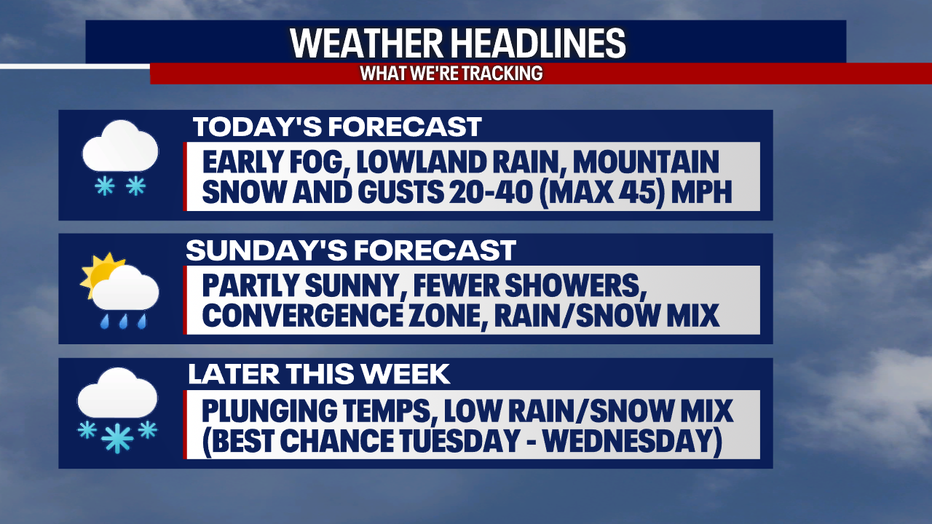 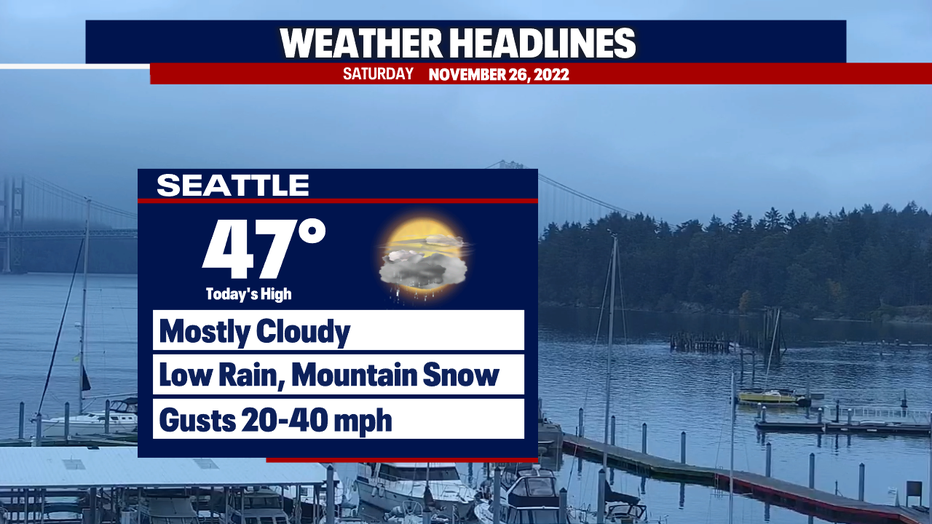 For the Apple Cup tonight at 7:30 p.m., people can expect chilly temps and mostly cloudy skies in Pullman (Go Cougs!). Tomorrow, there might be a rain/snow mix along the Palouse. For people coming back from the Apple Cup tomorrow, there could be moderate to major impacts to travel with winter weather over the passes. Get ready to adjust your travel plans if there are delays or other restrictions. 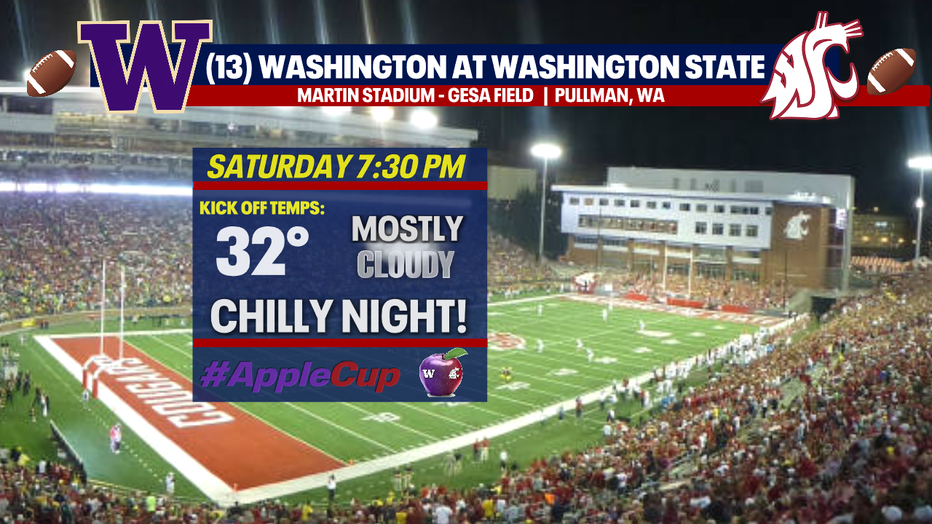 Here is a look at the Winter Weather Warning in effect for the Cascades above 1,500 feet from 7 tonight to 10 a.m. Monday. Upwards of one to two feet of snow could fall (the highest totals will happen over the highest peaks). With gusts to 50 mph over the mountains, blowing snow will lower visibility and make the drive even more treacherous. 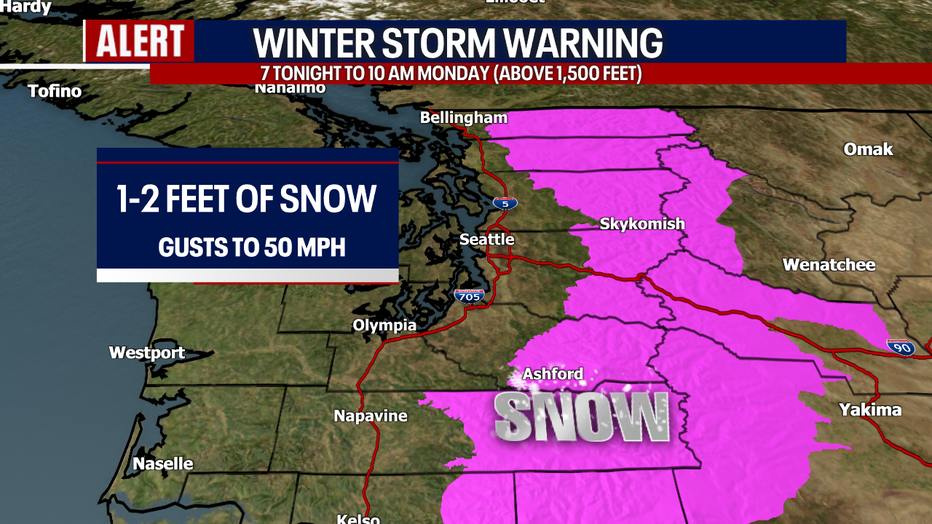 Today will also be windy, especially tonight. Gusts could blow upwards of 20-40 mph. Localized power outages are possible. Gusts could reach 45 mph in some of the typical areas, including Whidbey Island and Admiralty Inlet area.

Tomorrow, partly sunny skies are in the forecast. While we can't rule out showers at Lumen Field for the Seahawks game, it should be mainly dry over the stadium. If you're going to the game, bundle up and bring a warm, waterproof jacket just in case. 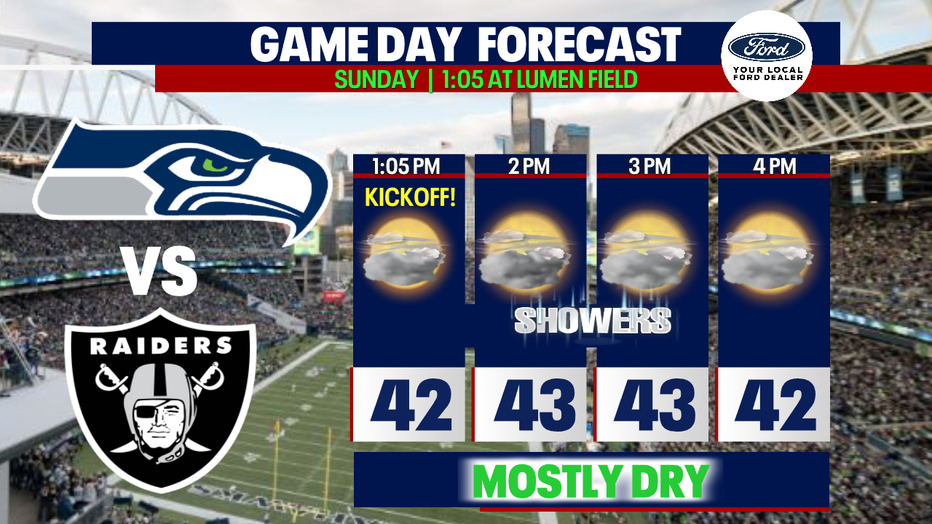 Sunday will feature isolated to scattered showers. There could still be heavy bands of snow over the mountains. At times (particularly Sunday night to Monday), snow levels could drop to 500 to 1,000 feet. However, for the most part we're not expecting accumulations in the lowlands. If anything sticks, it would be pretty minimal. 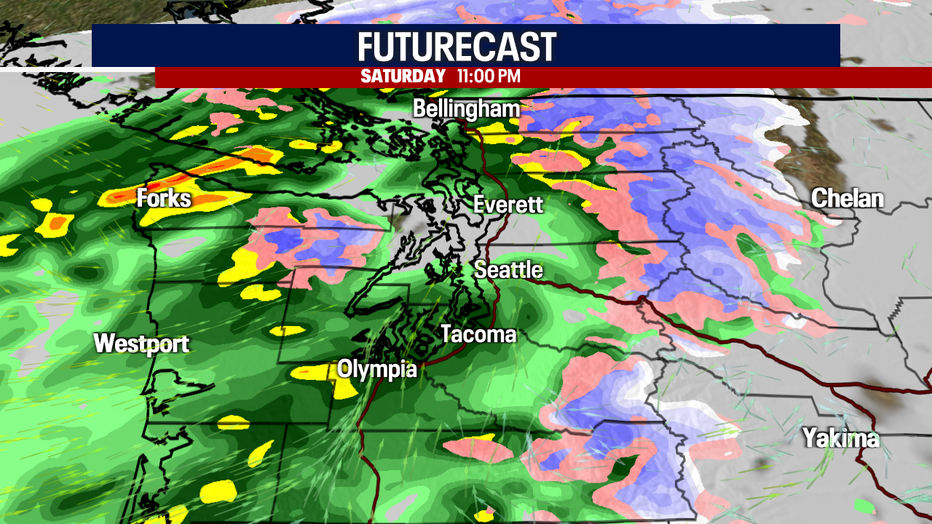 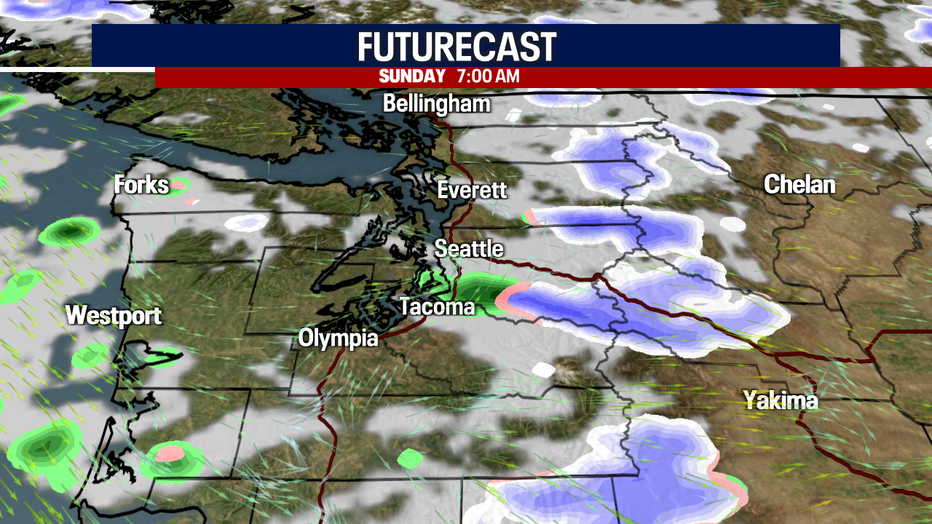 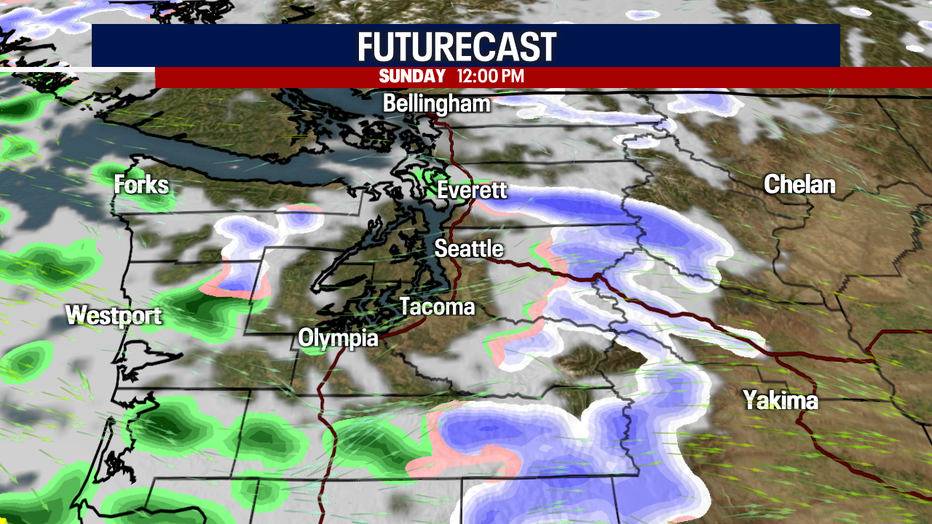 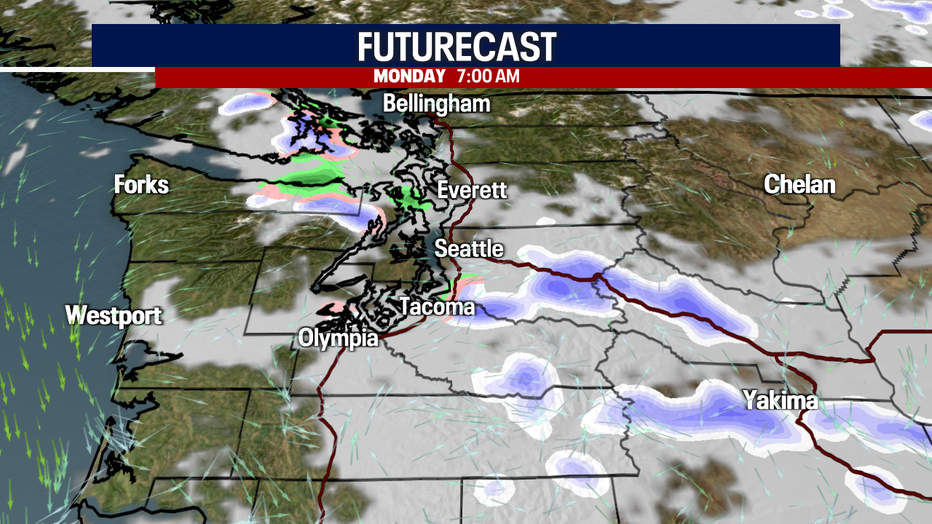 Let's talk about the full seven-day forecast. Monday looks mostly dry, but there could be snow mixing with rain showers in the lowlands. For the most part, this doesn't look like a big deal. Tuesday night into Wednesday, there's a better chance for lowland snow. In fact, some of it could accumulate. However, we don't have high confidence in this forecast yet. This event is still several days out and has plenty of time to change. The temperatures, precipitation type, timing, impacts and totals from our system Wednesday depend on the track of the storm. If the storm moves farther north, the chance for snow would drop. If the low pressure system digs farther south, there could be a better chance for lowland snow. Stay with us! 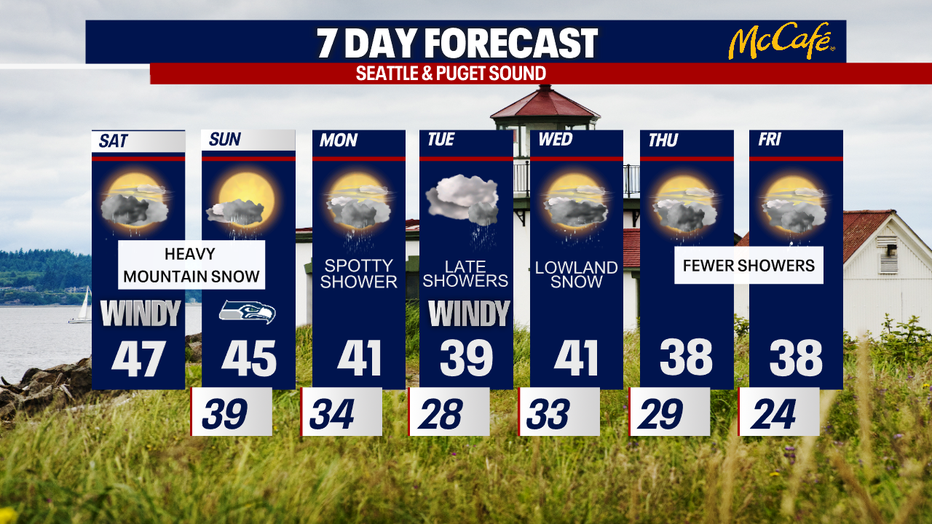