Rain is here through the overnight as a weak disturbance moves through the region pretty quickly.  We're keeping an eye on the winds too as some of us are gusting 20-30mph out of the south. Areas affected include the coast, the Strait, through the Islands as well as the North and South Sound.  Winds will die down just about midnight.  Showers should wrap up during the Friday morning commute giving way to a partly sunny day!  Highs near 50. 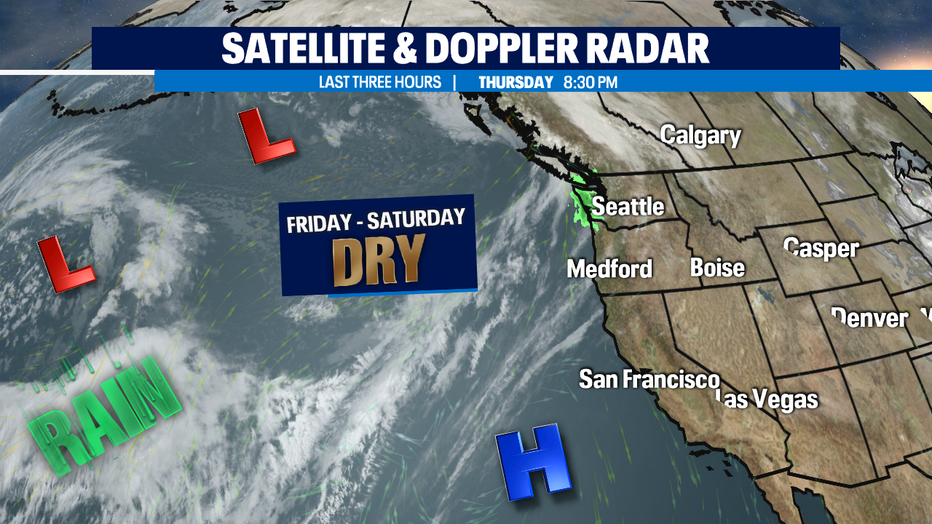 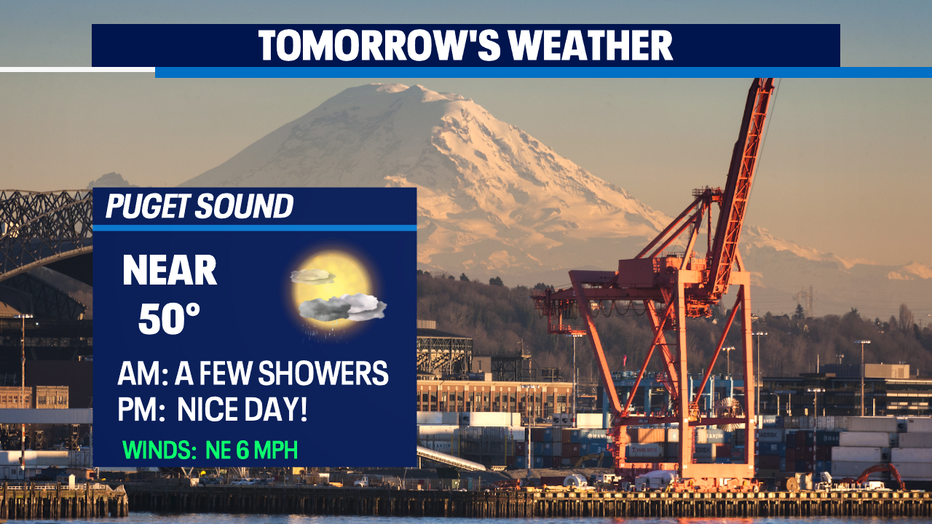 If you're thinking about clearing out or cleaning up the yard this weekend is the time to do it!  We'll have plenty of dry periods in between systems.  Friday will be really pretty with partly to mostly sunny skies by midday.  The dry weather will run through Saturday night with clouds increasing during the day.  Showers return late Saturday night and hang with us into Sunday.  Just after 1pm rain will have pushed to the east and leave Puget Sound dry under mostly cloudy skies.  Highs over the weekend land in the upper 40s to low 50s.

MLK Day looks dry too!  We're going with partly sunny skies and temps right near normal for this time of year at 47.  And we'll carry the dry conditions into Tuesday too.  Clouds will thicken up as we move into the day and by dinner time the next weather system will move in from the NW dropping showers around the region.  Rain will start to wrap up in just enough time for the morning commute.

Wednesday looks nice with partly to mostly cloudy skies. Highs in the upper 40s.  We expect a chance of showers for Thursday.

Have a great night!  ~Erin 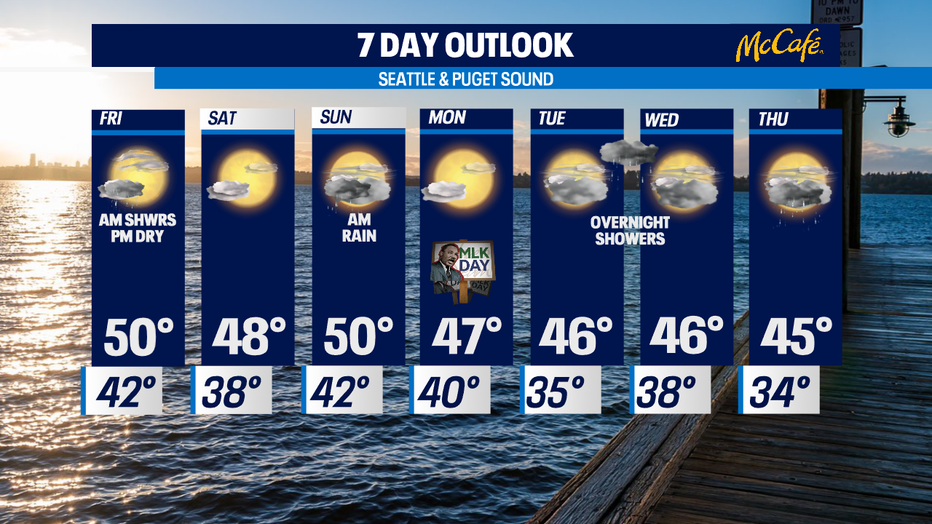