Seattle - Happy Tuesday all!  A cool Fall day for sure west of the Cascades.  Most of us struggling to get out of the 50s.  SeaTac only landing at 55 today. 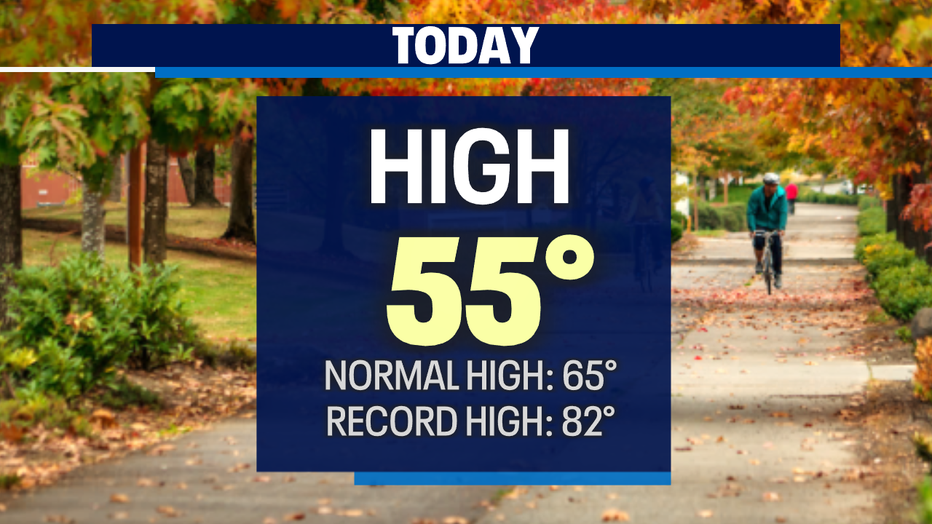 Overnight lows fall to near normal (49) for the metro area, while other spots cool even more into the mid 40s.  Showers and winds will taper off in the middle of the night but pick up again near sunrise. 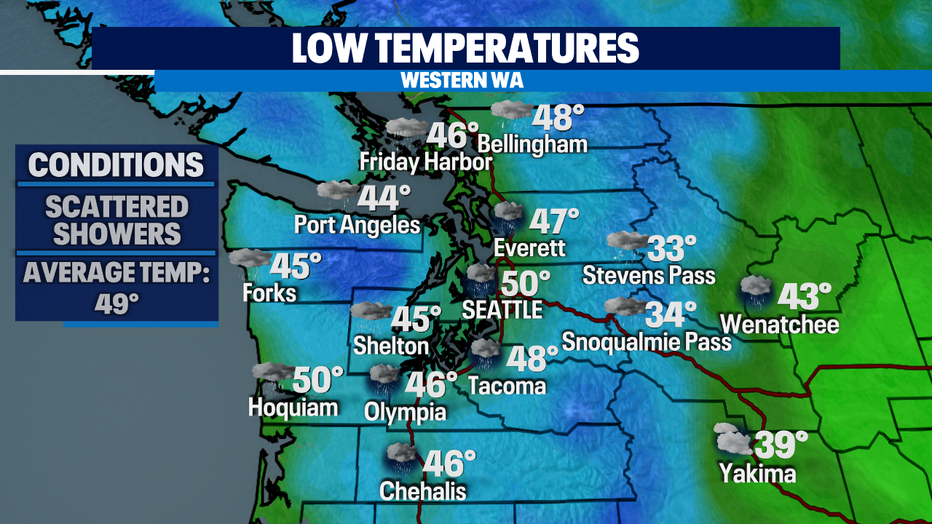 We will  remain under unsettled conditions through tomorrow. Look for mostly cloudy skies with some scattered showers in between sunbreaks. Most of the moisture will fall during the morning and evening commutes.  High run 8-10 degrees cooler than average again. 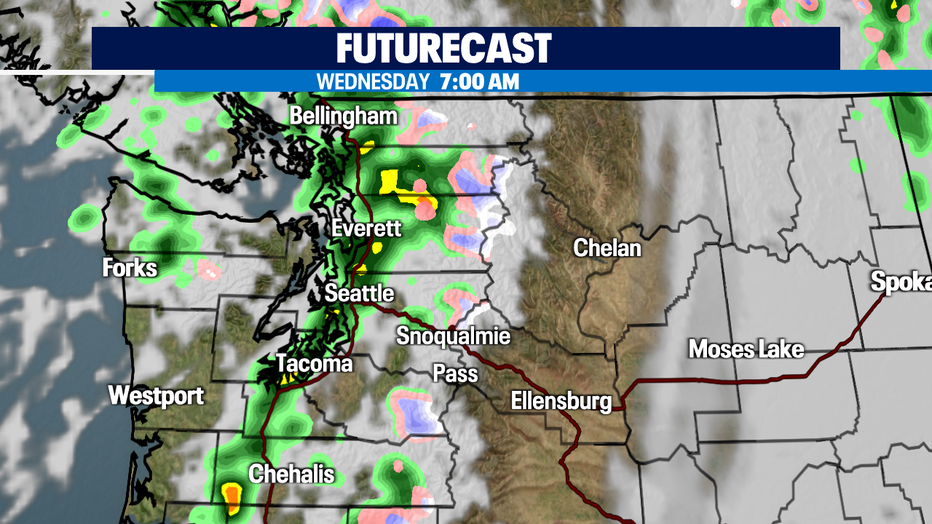 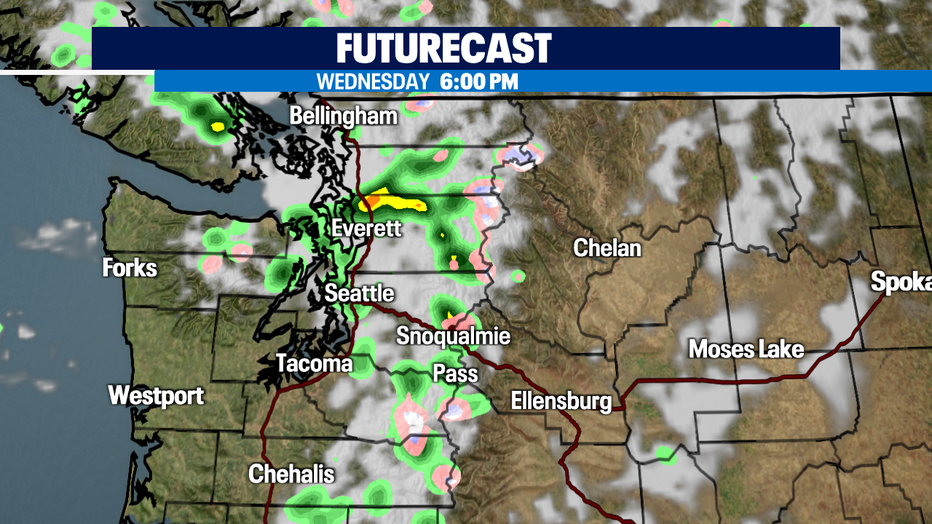 We'll dry out briefly Thursday, just in time for the Seahawks big "TNF" game against the LA Rams. You can catch all the game day coverage on #FOX13 with our pre-game breakdown leading up to the 5:20pm kick off.  Highs land in the upper 50s.  Brr!  If you plan to head out to Lumen Field dress warm, especially with the sun now setting just after 6:30pm temperatures will fall pretty quick. 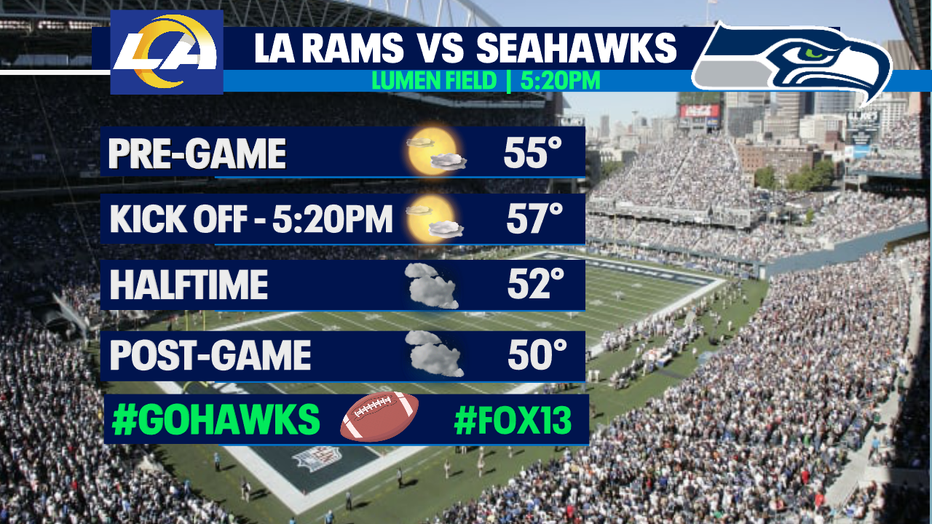 Lowland rain will continue to sprinkle over the region this week while the high country may see some light mountain snow over the Cascades.  Snow levels will drop down to near Stevens Pass during the next week or so with next Monday seeing levels fall as low at 3,000', which is Snoqualmie Summit elevation.  This would be our first dusting of the season! 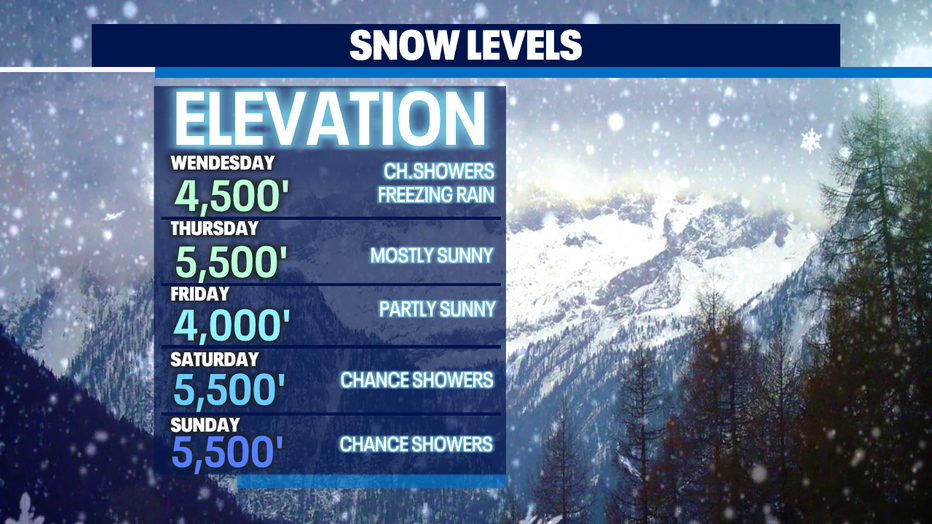 The rest of the forecast shapes up pretty true to typical Autumn weather… cooler than normal with sunshine in between systems. 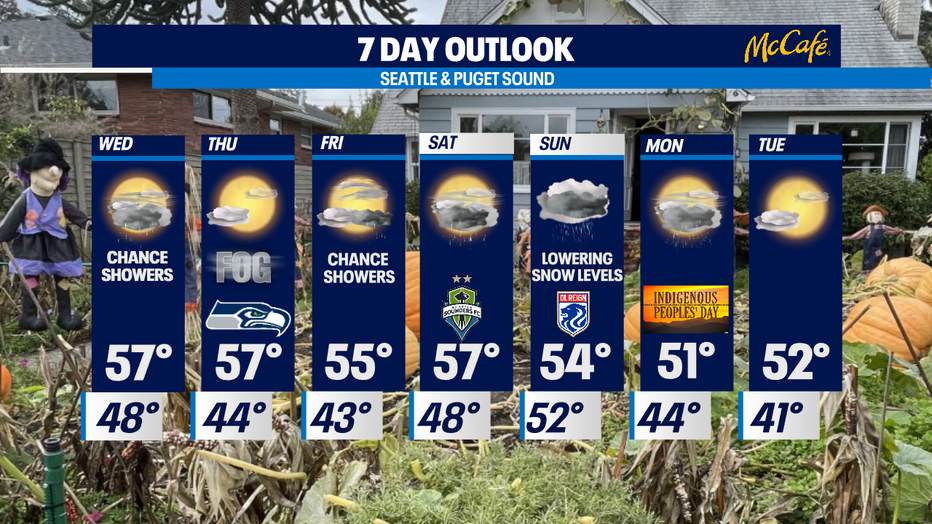 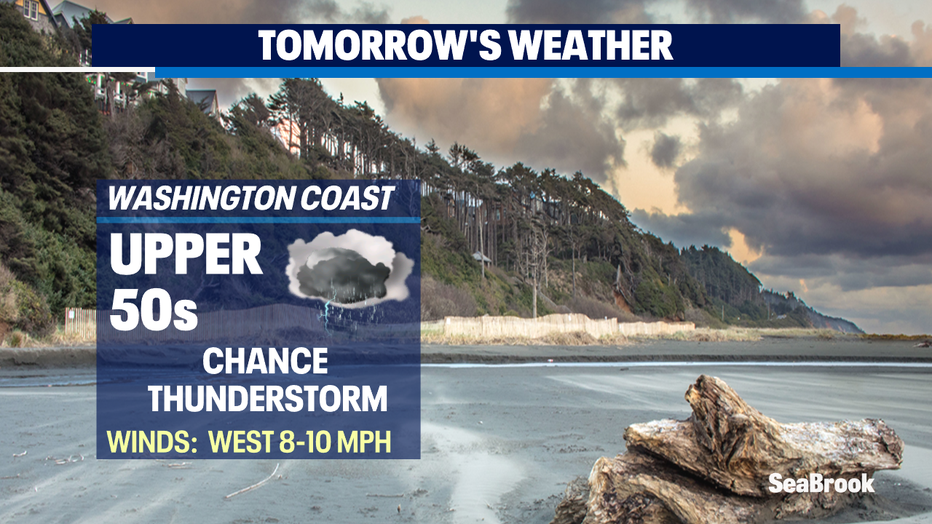 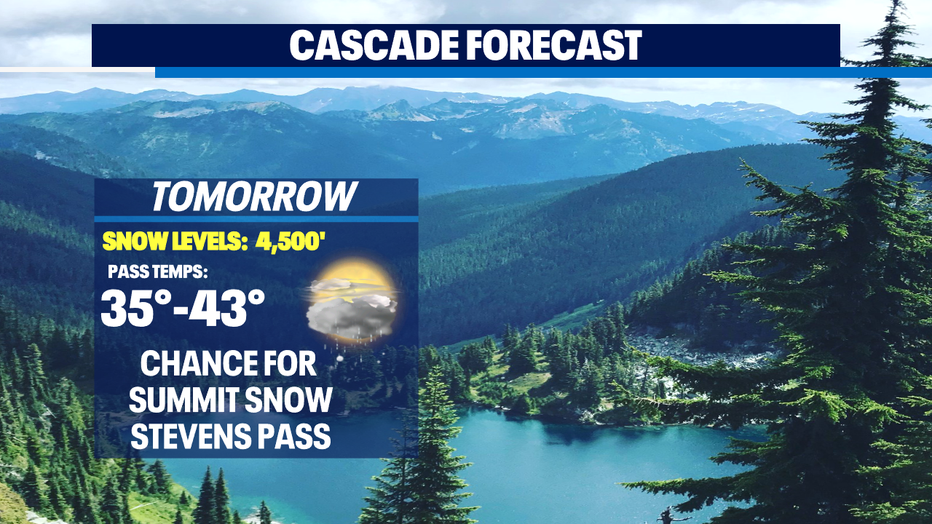 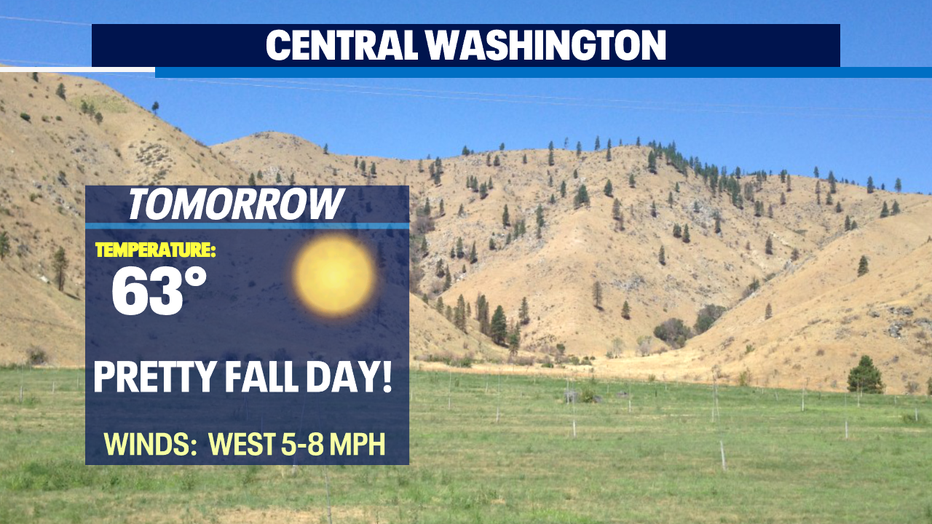