Seattle - A dry and warmer start to May!  Seattle landing at 62 under mostly cloudy skies.  Almost everyone else to the south warmed to the low to mid 60s.  To the north and coast, we saw slightly cooler highs in the mid 50s.

And just as we get used to those conditions, we'll flip the switch again as showers start the start of the first full week of May. 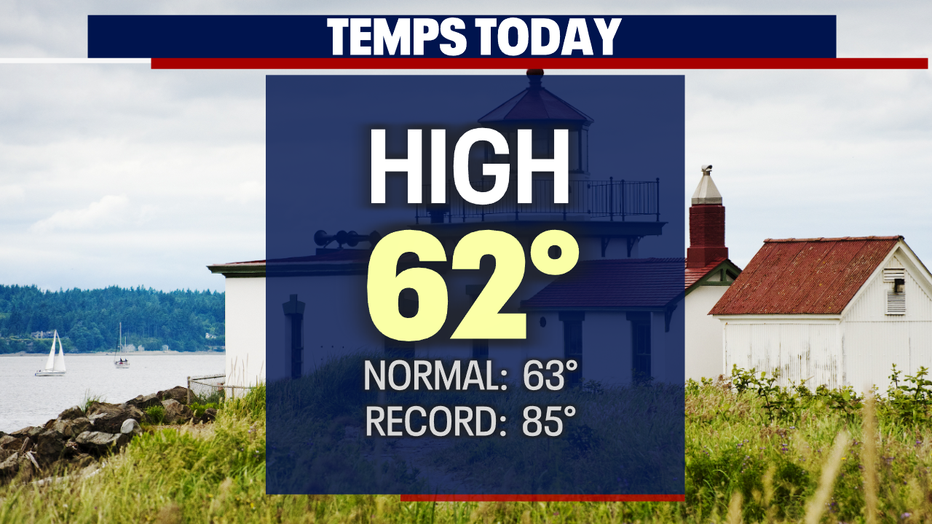 Temperatures will remain mild overnight falling into the mid to upper 40s.  Normal for this time of year is now 46. 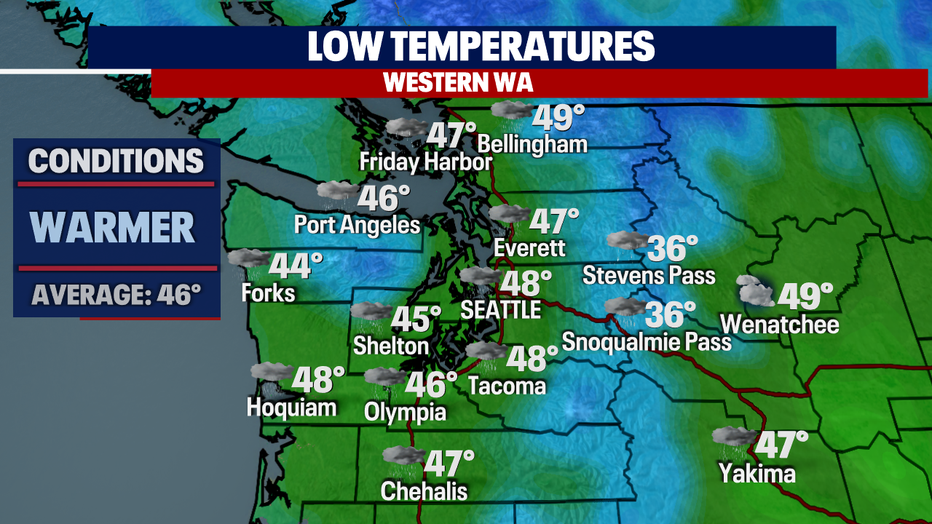 Rain pushes in early Monday just in time for the early morning commute.  By the afternoon rain will decrease to just showers. Highs cool into the low to mid 50s. 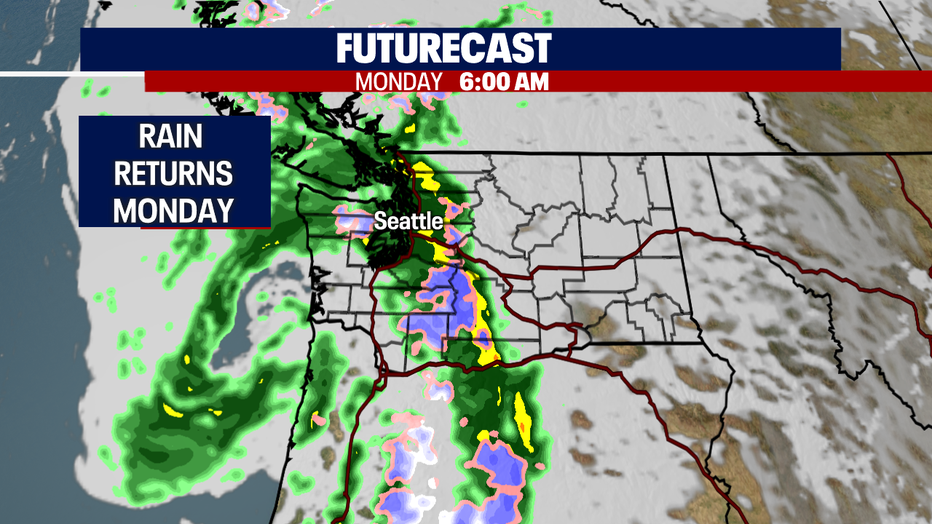 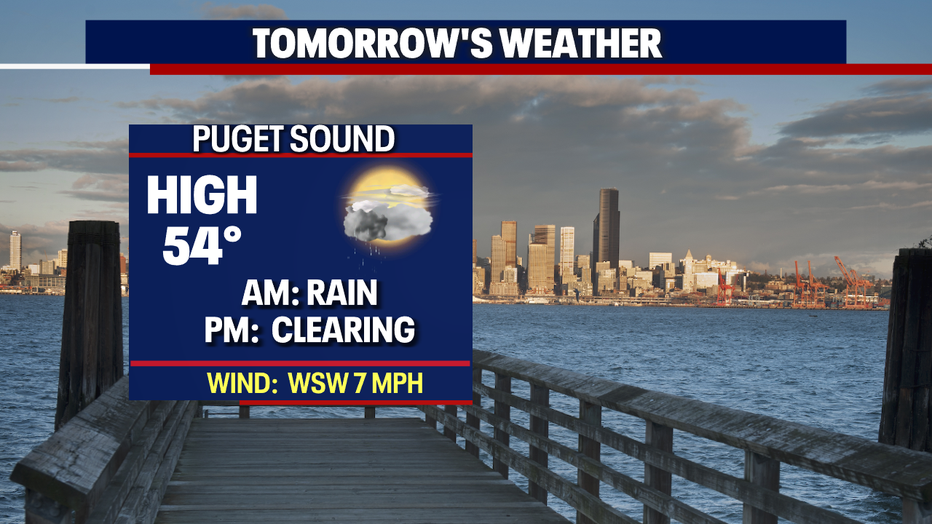 We'll turn back to drier and warmer conditions Tuesday into Wednesday.  This is good news for our Sounders FC in arguably the biggest match in club history as they host Pumas in leg 2 of the Concacaf Champions League final.  Kick off from Lumen Field set for 7pm.  #GoSounderFC

Look for highs to warm each day with Tuesday climbing into the upper 50s and Wednesday we'll jump even more, landing near 65. 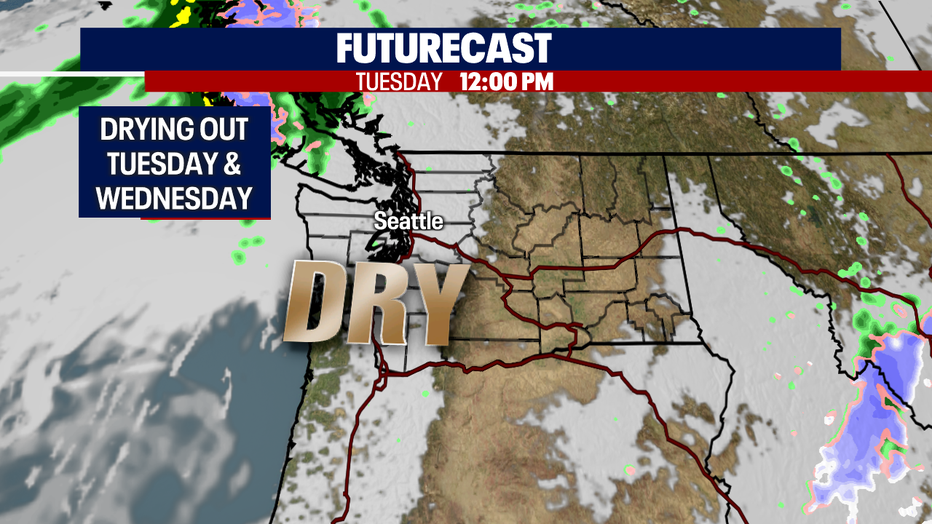 Allergy season is ramping up as more pollens lift into the atmosphere.  Monday, Thursday, and Friday we'll see lower levels as rain moves in, but Tuesday and Wednesday pollens pick up into the moderate to high zones.  Stay on top of your allergy routines folks! 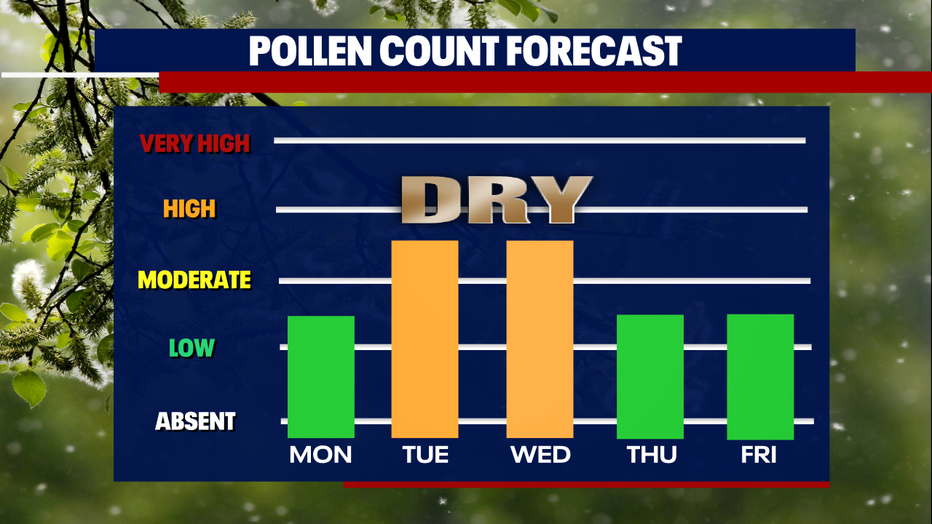 By 8am Thursday rain is widespread across the region.  Snow levels sit near 5,500' with some higher elevations seeing a little more snow.  Highs through the Cascades hang in the low to mid 40s while west of the mountains sees cooler than average temperatures in the mid 50s. 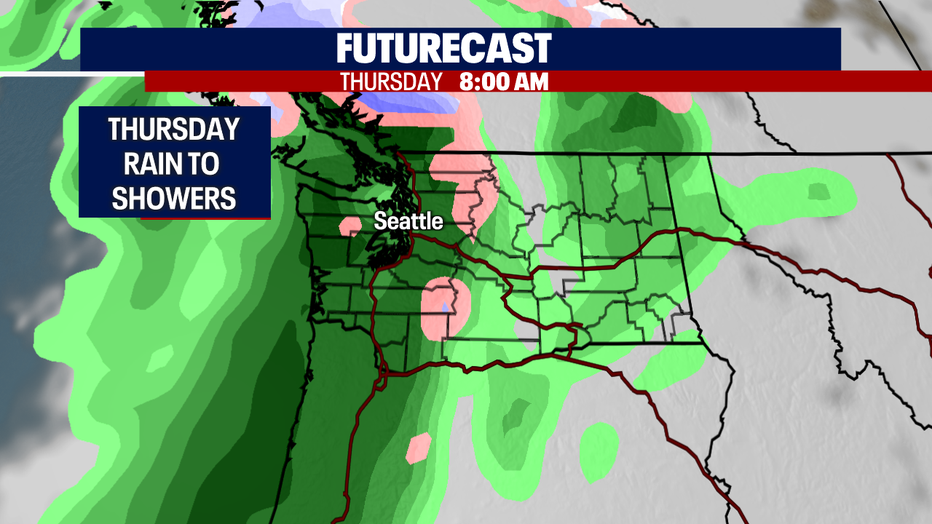 ‘We expect some showers Friday and Saturday ahead of what looks to be a nice Mother’s Day forecast Sunday.  Stay tuned!

Have a great week all! ~Erin Mayovsky, FOX 13 Forecaster 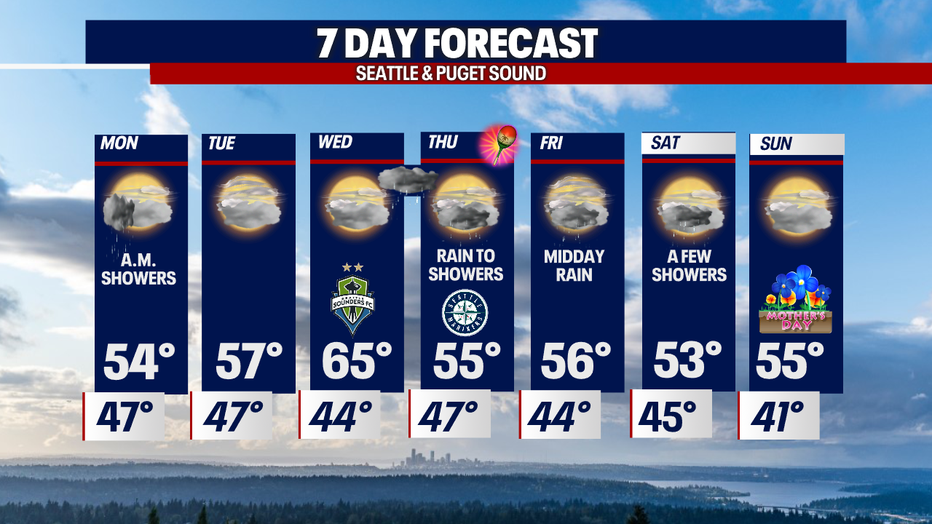 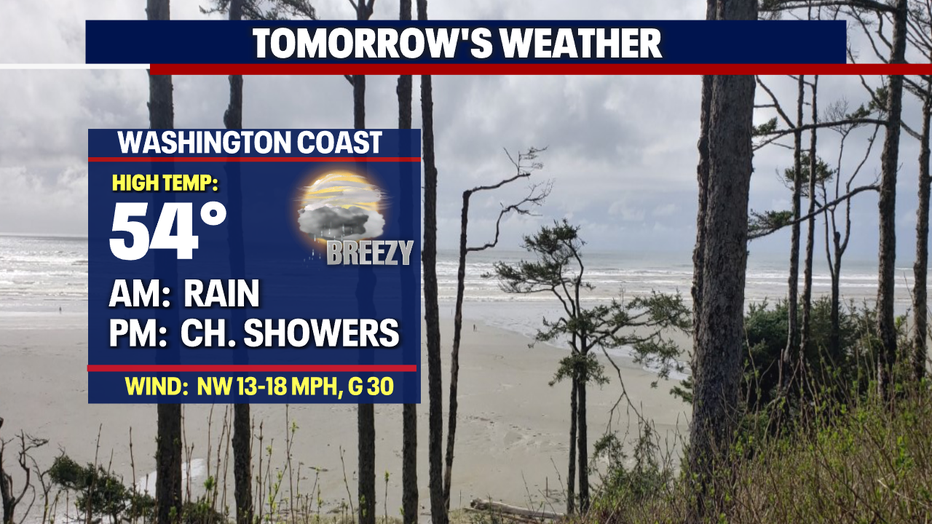 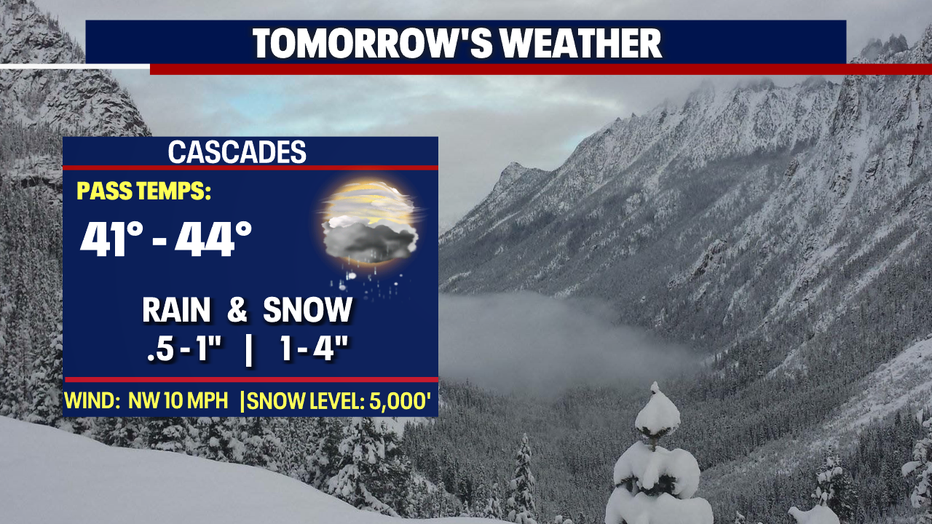 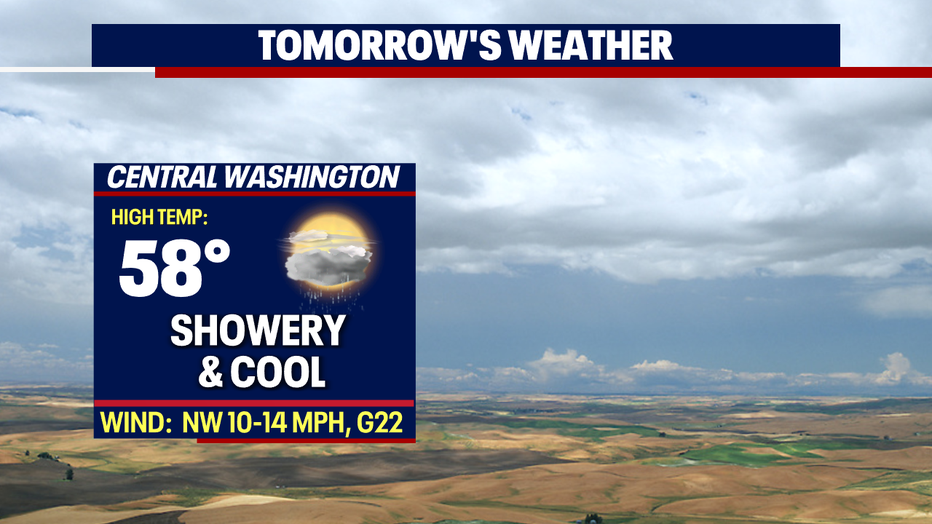